And then there are the original films. Star Trek II-IV offered the most complete cinematic experiences for Trek fans, while the first motion picture brought Trek’s cerebral side to the forefront, with mixed results. Meanwhile, Star Trek V almost killed the series, but thankfully Star Trek VI ended the voyages of the Original Crew in a great way.

Soon after Star Trek: Deep Space Nine launched in 1992, Paramount and Trek producer Rick Berman began looking ahead to the future of the franchise (since DS9 was always seen as a sidebar, not the heir-apparent). Plans began for what would eventually become Star Trek: Voyager as well as the end of the Next Generation series. With TNG’s high ratings and the brand’s overall popularity, it might seem odd to intentionally walk away after seven years, but at the same time, the Original Series crew was certainly finished and Paramount felt Star Trek needed a presence on the Big Screen as well as on Television. Transitioning the Next Generation crew to cinemas seemed like a logical next step. And, assuming it was done well, could have provided Paramount with a big cash cow.

So naturally they micromanaged it to death. 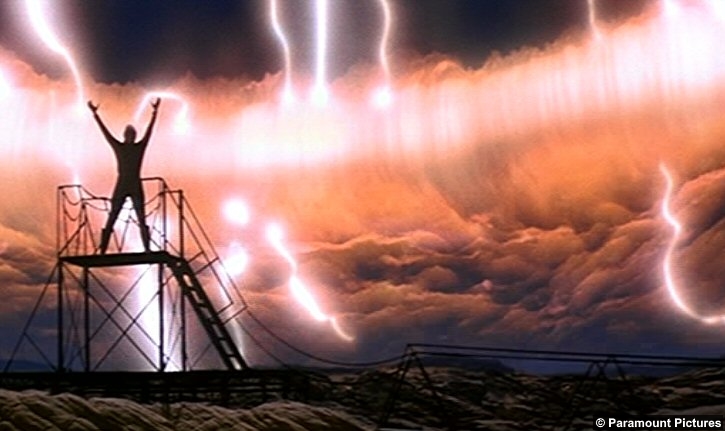 Any discussion on the film has to include the laundry list of oft-discussed problems, unforced errors, and miscalculations on the part of the producers. To summarize them here (and expand on a few later)…

The result was a movie that, somewhere in there, is a good film, but too many boxes had to be checked and too many suits had to be satisfied that the picture feels like a “movie by committee” and not a true film with a story to tell. In that respect it’s unlike any of the previous Trek films. Gene Roddenberry had been given total creative control over the original 1979 motion picture, Harve Bennett trusted Nicholas Meyer with Star Trek II and after it’s great success never really got involved in the creative process for movies III-V. After V flopped, production was turned over to Steven-Charles Jaffe, who was a close friend and associate of Meyer, meaning the director retained creative control (which he essentially shared with Nimoy). Thus, for all of Star Trek’s cinematic history, between 1979-1991, Paramount was basically hands off when it came to the content of the films.

But as Trek grew in popularity in the 90’s, the studio saw the potential to take their TV blockbuster and turn it into a cinematic one. Remember that Star Trek never was a franchise as big as, say, Star Wars; the biggest blockbuster in the series (to that point) was the first one and it only pulled in 140mm in the worldwide box-office (good for 5th place for 1979). Paramount wanted it to be big and with their bigger expectations came a bigger involvement in the decision-making process.

Acclaimed TNG writers Ronald D. Moore and Brannon Bragga, who—both as a team and individually—wrote some of the most beloved episodes on the show, were given the green-light to script the picture, while also being given a laundry list of things the studio needed to be included. In addition to what was previously mentioned, the studio said:

“We need a big villain like Khan, we need a humorous subplot for Data, and we need Klingons…but the Khan character can’t be a Klingon and he can’t be tied in with Data’s subplot either. Also Kirk…but no time travel. Also also, Shatner wants to ride a horse in one scene.”

Paramount’s requests meant at least four big ideas had to be worked into one script. Consider that Star Trek II-IV (the high-water mark for the franchise) tells its stories with just one idea apiece, and you can see how the story was almost doomed from the start.

And then there’s the budget, which was originally 35 million at the time writing began, but was dropped to 30 million by the time the first draft was finished. Plans to shoot on location in Hawaii and the Sierra Nevada Mountains were cut considerably when Paramount decided at the last minute to chop another 5 million from the budget. As a result the shoot looked like a glorified episode of The Next Generation.

Only at times it looked worse! Director David Carson, who had also directed a few TNG episodes, thought the Enterprise-D bridge needed some sprucing up to make it work on the big screen, so he changed the lighting entirely, giving the bridge a dark and gloomy aesthetic, angering many fans. That, combined with his inexperience as a feature director led to fans complaining that the movie looked and felt “small time.”

And don’t get me started on Cameron Frye being the Captain of the Enterprise (B). 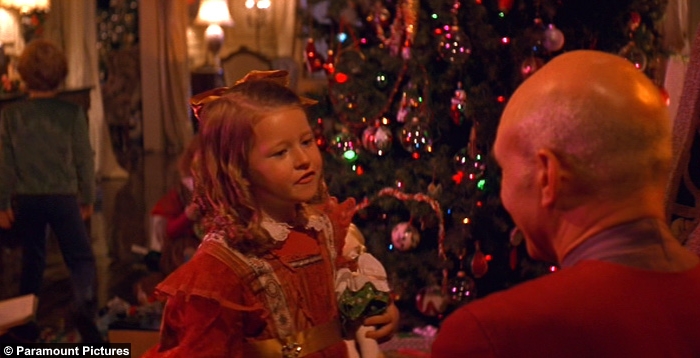 Again, there’s positives to be found, but you have to look for them and make them work in your own mind, because they don’t really work as they were presented. Probably the real standout is Patrick Stewart (whose performances in the TNG films are almost always the standout). Picard’s subplot contains some very good acting. The movie tries to tell the story of a man who chose not to pursue a family life and instead devote all his work to Starfleet. When a fire kills all the family he has left, the Captain begins to wonder if he—the last surviving Picard—made the right choice putting career first. His encounter with the Nexus gives him the chance to experience what kind of life he could have had. The Christmas scene with his “family” is like something out of A Christmas Carol with jolly British children bringing presents for papa Picard to open.

It’s a moment that, when isolated from all else, is well-made. As part of the larger story, however, it fails to connect. A big problem with the movie is that there is just too much story to tell, so that nothing is given the chance to work. We move from Kirk’s “death” in the prologue, to the very TNG episode-style opening, with the crew going about its business when its called to handle a routine thing that becomes something bigger, etc. It’s all very compartmentalized.

The villain, Soran (played excellently by Malcolm McDowell) desires to return to the Nexus (a space-faring “ribbon” that, upon entering, whisks you away to a timeless fantasy land where all your dreams come true). Unfortunately you can’t just fly a ship into the thing (the spacial distortions around it would likely destroy the ship before you entered it), so his plan is to strategically blow up stars so that the resulting shockwaves would alter the path of the ribbon so that it would collide on an inhabitable planet that Soran is waiting on…on top of a mountain, with (Shaka) his arms wide.

There’s just too much to it, while at the same time there’s not enough done with it. A good plot feels very organic: There’s a clear goal for the villain and a simple way to achieve the goal. The drama comes when the hero gets involved and the villain is forced to improvise new ways to achieve his goal because the hero keeps cutting him off at the pass. With Generations, there really is no moment until the actual climax at the end of the movie that Soran’s plan is in jeopardy. For most of the movie the crew is just chasing him around, then they find him, they go in the nexus, meet Kirk, go back and stop him. The plot itself is overly complex but the drama around it is terribly simplistic, with the action moving in a straight line.

You can’t blame Moore and Braga, either: The studio forced them into a box and made them write a movie that had too many obligations to meet. With that kind of executive oversight, it’s almost impossible to make a good movie. The biggest hurdle they had, and the one which sparked so many of the films errors, is the fact that “Picard and Kirk must meet…but without traditional time travel” hung an albatross over the whole affair. The moment when Picard and Spock met in Unification was magical, because it felt natural. The Kirk/Picard meeting in this movie has an initial spark when they are first face-to-face, but the magic quickly leaves as the reverse-engineered way the meeting was orchestrated is rolled out. The two most popular captains in the franchise were unfortunately given a lackluster encounter, culminating in a very disappointing end for Kirk himself.

Moore and Braga would get another chance to craft a Star Trek feature, and they would redeem themselves, mostly because the studio only gave them one mandate: “Make a hit.”