In the end, Morris’s obsession with those manuscripts turns out to be his downfall. That’s what I should write about this finale. But instead, I was thinking about everything else.

If I have one major issue with this show, besides the infamous gazebo, then it’s the frequent willingness to discard storylines. For example, when I was watching Jerome tooling around Bridgton with Bill, I wondered, doesn’t Jerome have any friends? I know he’s been crushing this investigation, but surely he must have some interests outside of work. And remember when he had a family and college ambitions? I do, barely.

None of that is considered this week, but at least but at least they’ve painted the Mercedes a truly garish yellow. I’m glad we had a real barn burner of an argument over that. Anyway, after his conversation with Alma last week, Bill is suspicious of her and of Morris. He knows she’s hiding something, so as Bill does, he wants to get to the bottom of it. 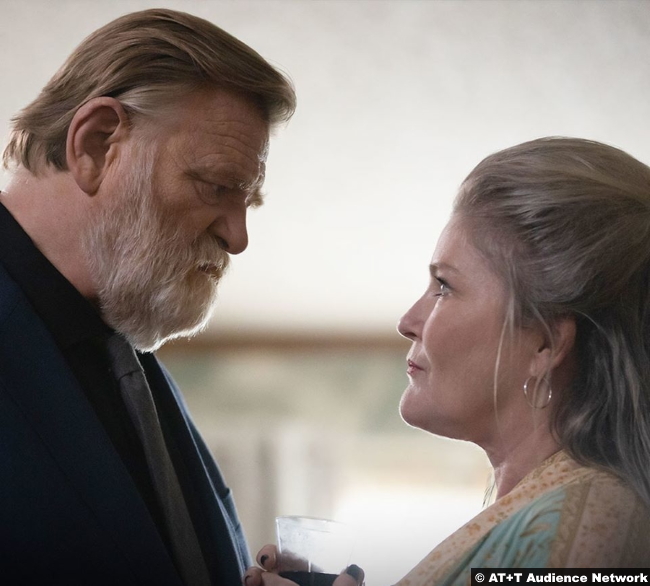 So he and Jerome go back over there at night to prowl around the place. (This is where I was wondering if Jerome has any friends.) And I mean, I get the impulse, but this does not come off as a well-thought-out plan. For one thing, Bill is about the farthest thing from stealthy. He doesn’t even appear to check if Alma is home. And I think it would be noticeable, as she lives far from town, so surely she has a vehicle out there. (I know he says earlier that he doesn’t care if she is home, but you’d think he’d at least check.)

But Bill just picks her lock and goes strolling inside. Once in, he makes absolutely no effort to refrain from making noise. I’m honestly surprised that he didn’t just turn on all the lights or start calling for Alma. Anyway, the end result is that he’s so noticeable, Morris is able to spirit Marjorie out of the shed and across the yard with Bill none the wiser. 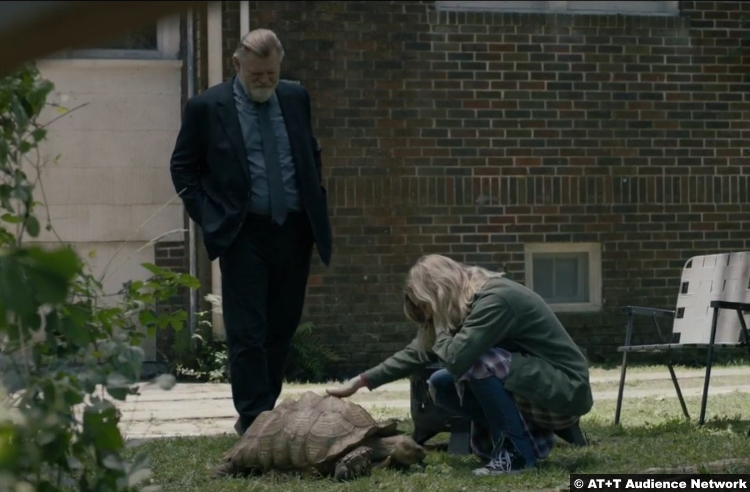 Meanwhile, I can’t understand why there’s not anything suspicious in the shed. I mean, there are two bodies in there now, but there’s not a trace that anything untoward happened–no blood, no signs of a struggle, etc. I’m just saying, Morris doesn’t strike me as the most diligent housekeeper even when he’s not coming apart. Because that’s what happening–he’s coming apart.

And he’s still trying to act like he has the upper hand, when he has never to this point been in control. He’s either been steered by Alma or hamstrung by Peter. So of course, Peter does it again, insisting that Morris brings Marjorie to the abandoned club where Peter’s been hiding. Morris has to do it, because he absolutely cannot live without those manuscripts. 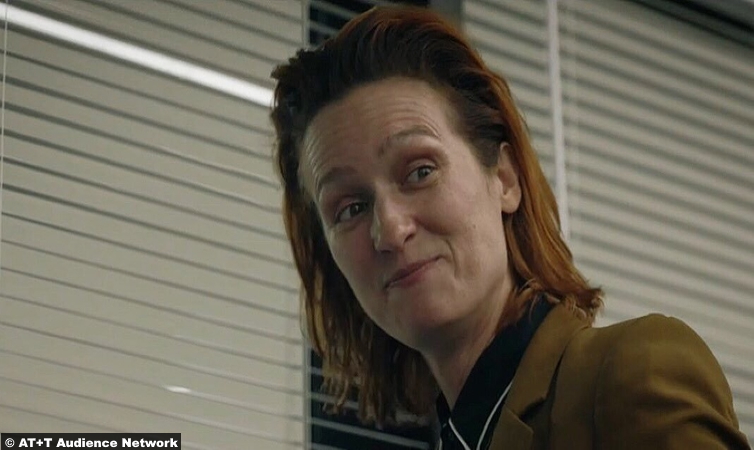 And once they’re all at the club together, things devolve quickly. When Peter and Morris scuffle, Majorie grabs Peter’s gun and gets a shot off, grazing Morris’s nose. And then she just…sets the gun down when Morris tells her to. I mean…what? I know the adrenaline’s pumping and everything, but shoot him again! He has repeatedly threatened to kill you and your son. Why would you go along with him when you have a loaded weapon in your hands?

Nevermind, the plot is marching on! So Peter shows Morris the manuscripts, but then douses them in lighter fluid while he holds a lighter over them. I’m not sure what Peter’s endgame is here, exactly. Morris could just rush him and knock him out of the way. Whatever, it doesn’t matter, because Bill gets there–this club is one of Tom Saubers’s real estate properties–and shoots Morris. It startles Peter, causing him to drop the lighter, and Morris burns to death trying to read the now-flaming manuscripts. Sure.

And then the case is over, and everything is okay, I guess. Holly has gotten back together with Finkelstein, Allie is pregnant, the Saubers family is [scene missing], and Lou has a new job…working in an ice cream truck. Great, great.

6/10 – While I guess this episode had a satisfying ending to the Rothstein case, this season as a whole suffered from the same issues the show has battled before–the dropping of multiple threads. Like, what even happened to the Saubers, the people we’ve been following for the past 9 episodes? And that’s without even mentioned the many things in this episode that made no sense. So many aspects, which I’ve already mentioned, could be explained only as plot devices. Glaringly obvious plot devices. It all adds up to disappointment.

And speaking of glaring, the use of profanity in this episode came off as too obvious. I have (absolutely) no issue with cursing, but too many times in this episode, characters (like Morris) talked like little kids who just discovered naughty words.