Maybe I was a little harsh on Morris last week. Until this week, I’d forgotten that his girlfriend Danielle existed. I’d certainly forgotten that Alma killed her and Morris had no idea. Judging by how unhinged he sounds when he leaves Danielle a voicemail this week, it’s going to go spectacularly bad when he finds out.

But first, having had some time to think, Peter’s realized what we all have: Morris is an easily-manipulated dummy. He’s so busy chasing these manuscripts, he can’t see the forest for the trees that were cut down to make those manuscripts. So when they meet, Peter announces that he’ll be doling out just one manuscript. Once Marjorie is released, then Morris can have the rest. 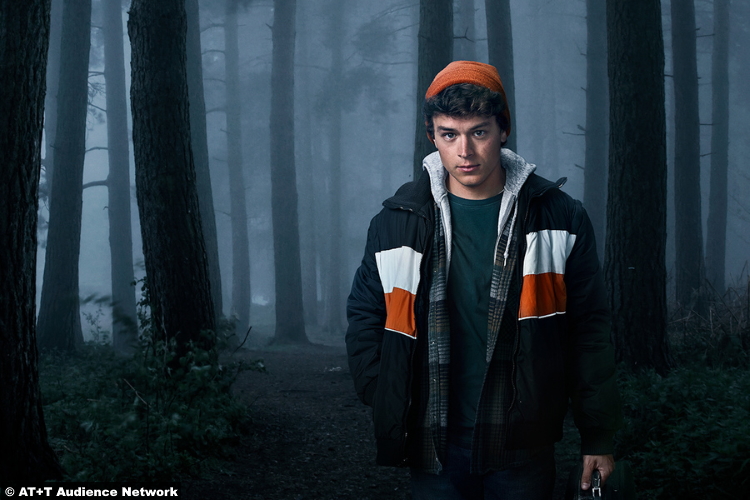 As he did on the phone to Danielle, Morris tries to talk tough, but Peter has him over a barrel. He still has the manuscripts AND he has screenshots of Morris from when they Facetimed. I don’t know if that’s true, but I would believe it. Peter is a lot smarter than Morris.

You know who else is smarter than Morris? Jerome. In fact, while Bill has been wringing his hands over the whole Lou thing, Jerome has been quietly in the background, slaying this investigation. In fact times two, he manages to identify Morris within the first half-hour. Then Bill’s like, “Yeah, I saw him at the courthouse during the trial.” Great work! I can see why you’re in charge. 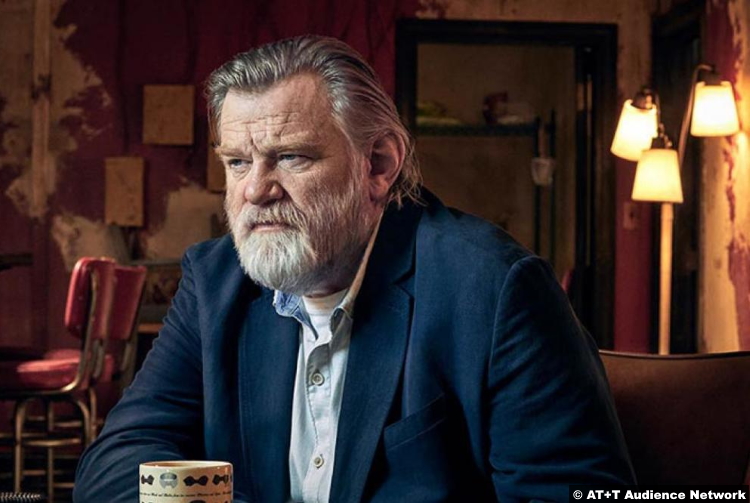 Since Morris is, again, so distracted by his newly-acquired manuscript, Bill is easily able to break into his apartment. He doesn’t find a murder weapon, like a literal smoking gun, but it isn’t all for naught. Like a dummy, Morris has a very incriminating display on his wall with surveillance photos of Peter and the other Saubers.

So obviously, Bill goes back to the Saubers house and talks to Tom, who’d blown him off earlier. Tom still doesn’t want to talk, but Bill manages to draw out the kidnapping story. Tom is clearly at a loss here, so it’s no surprise that he tells Bill. But he still doesn’t want to involve the authorities, even as Bill tells him that the FBI and the police would know what to do better than Tom’s child.

And speaking of teens, Jerome had already tied Morris to Ida, thanks to a dedication in Morris’s yearbook. She tells Bill how Morris was an at-risk kid, possibly abused, and later groomed by an older woman. For some reason–maybe she’s always been awful–Alma occurs to Morris. 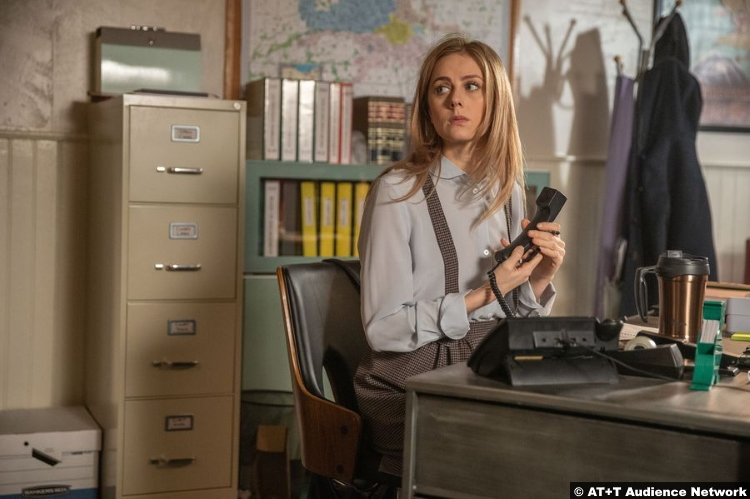 So he goes over to talk to her. She manages to fend off his questions, but she does not allay his suspicions. And she knows it. She tells Morris that Bill was asking him about specifically, but again, he’s only focused on those books.

And hey, like mother, like son. That is to say, Marjorie has also realized how important the manuscripts are to Morris. So much so, that she attempts to barter spoiling them with an unencumbered trip to the bathroom. Luxury! Anyway, she tells Morris that she read them when Peter still had them in the closet and she can tell him how they end.

He doesn’t believe her, although as with her son, I think she’s telling the truth. Morris still doesn’t budge, which isn’t surprising. I mean, how many book fans would really want to spoil a book? Not me. Anyway, Morris starts rooting around Alma’s deep freeze and finds Danielle’s mood necklace. When he looks again, he can see droplets of blood.

Before he can do anything, though, Alma hits him with a crowbar. She apparently thinks she’s killed him, as she tells Marjorie to stop screaming because she didn’t actually know him. She didn’t kill him, though, and so he kills her, by somehow driving the crowbar through her. Aw, now she’s not going to know how the books end. (Good.)

7/10 – As we near the end, the show is starting to lose track of threads, like why we’re still mentioning Finkelstein and what exactly Lou is doing at Finders Keepers. And we still gotta have our Brady moments, for some reason. This time, it’s Holly inheriting the infamous Mercedes, and Lou’s monologue about how Brady actually gifted them things, like a sense of family. Awwww. I think Holly should keep the car, but I’m with Bill on the other stuff. Brady was a butcher.

Anyway, it’s all over next week!