Mr. Mercedes S03E07 Review: The End of the Beginning – The jury reach a unanimous verdict…

I have to give the show credit this season. Last season, one of my biggest complaints was how the storylines dragged. It seemed as if they had more show than story, so they introduced plotlines that didn’t go anywhere (like Jerome’s troubles with school and his dad). They also made a gazebo rebuild last for 10 episodes.

This season, things have moved much faster. I was surprised, for example, that we got to Lou’s verdict and sentencing in this episode. I would have expected that to be dragged out longer, maybe concluding in the finale. The Rothstein investigation has been slow-going, but they’ve been much better at disguising it. Well, things are going to pick up now. 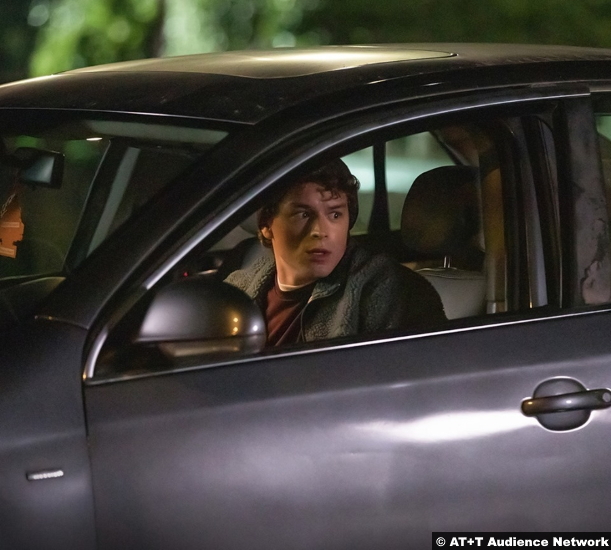 When we left off last week, Peter had shot Morris. If Peter thinks that’s going to make Morris back off, then he’s wrong. Luckily, he doesn’t seem to think that, though. He seems to understand that he’s in over his head. But he’s still a kid, so he doesn’t make the smartest decisions. Instead of asking for help, he holes up in what seems to be an abandoned dance club. He also collects his first profits, for selling a page of Rothstein’s journal, from Andrew. Then he asks for more upfront.

Andrew’s actually stiffed him on the deal, but at least he doesn’t tell Morris that Peter has the manuscripts. That’s good for Peter, but it doesn’t turn out well for Andrew. When he refuses to give up any information, Morris goes sulking back to Alma. She’s bonkers, so it stands to reason that her plan with Andrew is equally bonkers. 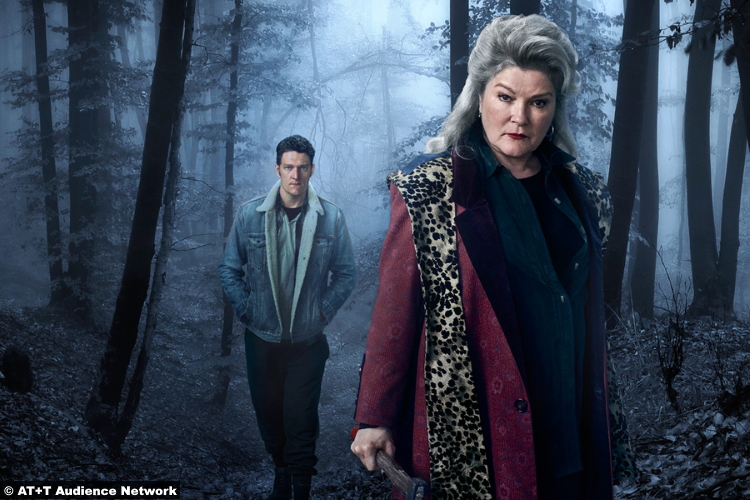 She assumes (or pretends to assume) that Andrew already has the manuscripts. He denies it, of course, but she keeps demanding them. She’s a lot harder to shake than Morris. She’s also more vicious. After all, Morris’s murders have all been accidental. (Cool motive–still murder.) Alma doesn’t seem to do accidents. She seems very clear in her actions.

This is a long way to say that after cutting off the fingers on one of Andrew’s hands, she threatens him with further torture. She’s very convincing–again, she cut off his fingers–so he spills the beans about Peter before she can do anything worse. Then she kills him with a pickaxe. Bill and Montez will later tour the crime scene, but they’re unsure whether it’s related to the Rothstein case. Alma has set up a red herring at the store–Andrew was a convicted child predator, apparently–but Bill still has a hunch that it’s Rothstein-related. 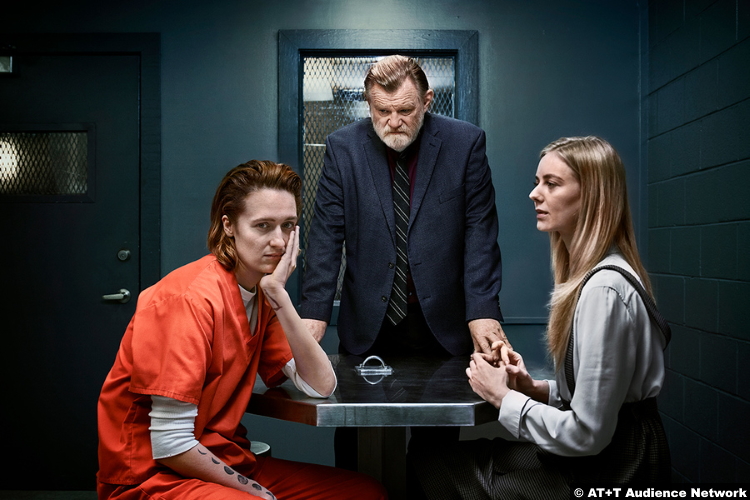 He may be unsure there, but he is more positive about Peter. Ida’s tipped Bill off to Peter’s sudden interest in Rothstein and that, plus the proximity of the Saubers to the crash site, pique’s Bill’s curiosity. So he goes looking for Peter. He doesn’t find him, but he does find his dad. Tom explains the suspicious things that have been happening–the money, the moleskin book, etc.–since the Rothstein murder. Bill knows he needs to speak to Peter.

And hey, now he’ll have the free time. After 7 hours of deliberation, Lou’s jury came to a unanimous verdict. They found her not guilty of first-degree murder, but guilty of second degree. Finkelstein requests immediate sentencing, hoping that fury over the verdict will work out for Lou.

When prompted to say anything before sentencing, Lou declines, saying that she already said everything she needed to say during her testimony. She does offer an apology, though. She also speaks on behalf of the victim, saying that while Brady was a monster, parts of him weren’t. He could be a good friend and a good son. Maybe it’s this action that moves Judge Raines.

Or maybe he had it in his heart all along. Because while Lou was facing a sentence of 20 years, Raines sentences her instead to 15. Then he gives her time served for the 9 months she’s already been incarcerated and suspends the remainder of the sentence. That is to say, Lou is free. And she’ll remain so, unless she breaks the law again. Then Raines will reinstate her sentence. I’d say we won’t have to worry about her killing again, but you never know in this town.

8/10 – Even though nothing really happens in this episode, outside of a gruesome murder and the conclusion of Lou’s trial, this episode was buoyed by the strong performances. For example, Glynn Turman (Judge Raines) hasn’t been given a lot to do in recent episodes, except look thoughtful. He really made the most of his scenes this week, though. I also enjoyed the scenes with Jerome and Holly. Their friendship has been integrated into the show a lot better than say, Jerome’s relationship with his dad.