In the latter part of the episode, Finkelstein will tell Holly that her testimony was spectacular. And it is–if I hadn’t already seen Edi Patterson’s INCREDIBLE monologue on the season finale of The Righteous Gemstones this week, Justine Lupe’s courtroom scene would easily be the best thing I’d seen. It is that good. 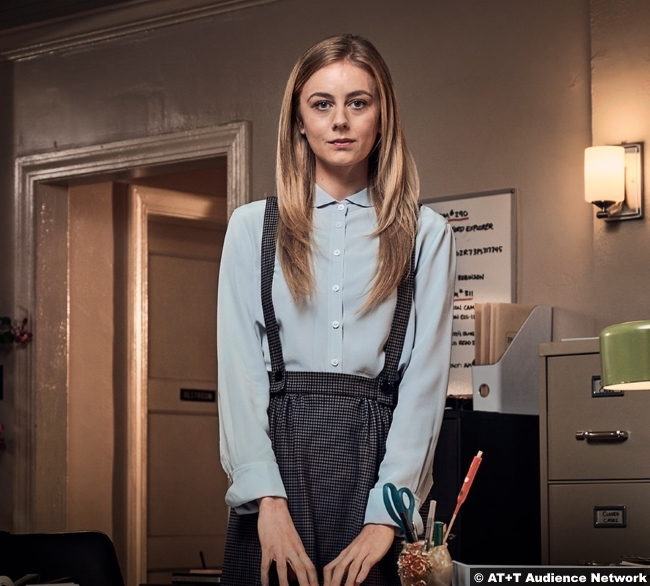 It’s also a little unbelievable, but whatever. It’s not that unbelievable, I guess, that Holly would be able to summon the strength to go through with testifying, even after a severe panic attack. But it is unbelievable that the very prickly judge we’ve seen all season would just let her rip.

It is a lengthy testimony, where Holly goes on with few questions from Finkelstein or interruptions of any kind. It’s wild that the judge never says anything or issues instructions to keep it relevant. It’s as if he’s as fascinated as we are. 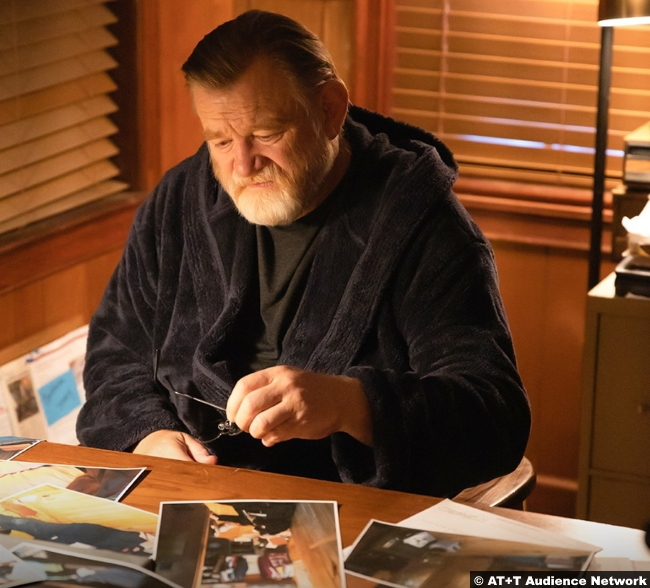 Or as fascinated as the gallery is. As Holly testifies and talks about what Brady took from this town, the court seems to hold its breath. Tom Saubers leans forward. The show has gone to great pains this season to show how Brady’s crimes not only affected the people he directly affected–the people he personally hurt or killed–but also hurt many other people. The people who loved people who got hurt, for example. People like Holly.*

But that’s not to say, of course,  that the people who were directly hurt by Brady don’t still carry that, though. People like Lou. It’s finally her turn to testify after Holly’s testimony. And for the most part, she does as well as she could. There is a brief Brady interlude, and it’s hard to argue around the 3-D gun–she acknowledges that she made it because a regular one wouldn’t make it through metal detectors–but it goes pretty well. It could always go from…bad to worse. (I’m kinda sorry.)

On that note, the later talk between Holly and Jerome, regarding her lack of romantic experience goes much better than I thought it was going to. I did laugh out loud when Jerome suggested she watch videos on Youtube, though. 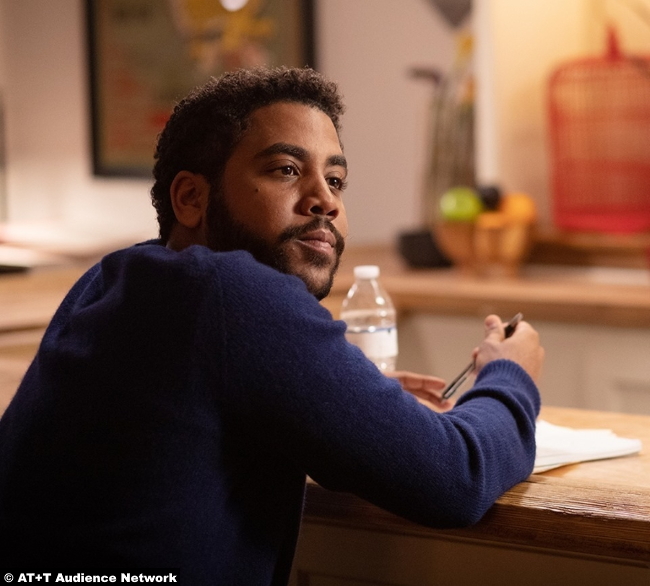 And speaking of Jerome, he’s slowly but surely making progress on the Rothstein case. (Holly reminds us this week of the stakes, by the way–mentioning to Finkelstein that there’s a $700K reward for the return of the manuscripts.) He goes back to look at old photos of the deceased robber and to speak with the young man’s father. Carl Fenton, the deceased, was also a victim of Mr. Mercedes. He was haunted by it, to the point that he kept a scrapbook of newspaper clippings about it.

One of the clippings features a photo of Carl and another young man. We know, of course, that it’s Morris, but Carl’s dad doesn’t recognize him. You can almost see the wheels turning in Jerome’s head, though.

For his part, Morris is dispatched to shake up Peter. Alma has wormed her way further into the Saubers family life and has gotten all the details, like that they suspect that Peter is in trouble. Like, the kind of trouble that brings in a lot of sudden money.

So Morris corners Peter at a local diner and tries to put the fear of God into him. He repeatedly insists that he’s just the messenger and even offers Peter a cut of any profits they make. Peter, who’s gotten much steadier as the season goes on, feigns like he doesn’t know what Morris is talking about. Then he starts making plans to deal the manuscripts through Morris’s bookseller friend, Andrew Halliday (Patch Darragh).

Morris immediately talks to Andrew after Peter leaves, but it’s so pathetic. He thinks he’s Jimmy Gold, doesn’t he? He thinks he’s the scrappy hero of this story. He thinks he’ll get away it. And he thinks that Peter is a dumb weiner kid that he can intimidate. Morris goes so far as to menace him on the road, but Peter keeps his cool so well that even Morris expresses admiration.

He should be paying better attention to Peter in that moment, though. Because even after Peter shook off his multiple attempts to threaten him, Morris still doesn’t flinch when Peter pulls out a gun. But he should, though. Because Peter shoots the messenger and Morris ends up back at Alma’s with a bullet in his leg.

9/10 – Although the Rothstein case is still moving frightfully slow, Holly’s courtroom scenes make the episode all worth it.

*I previously referred to Janey and Olivia as Holly’s cousins, but I forgot they changed it on the show, where they’re her aunts.