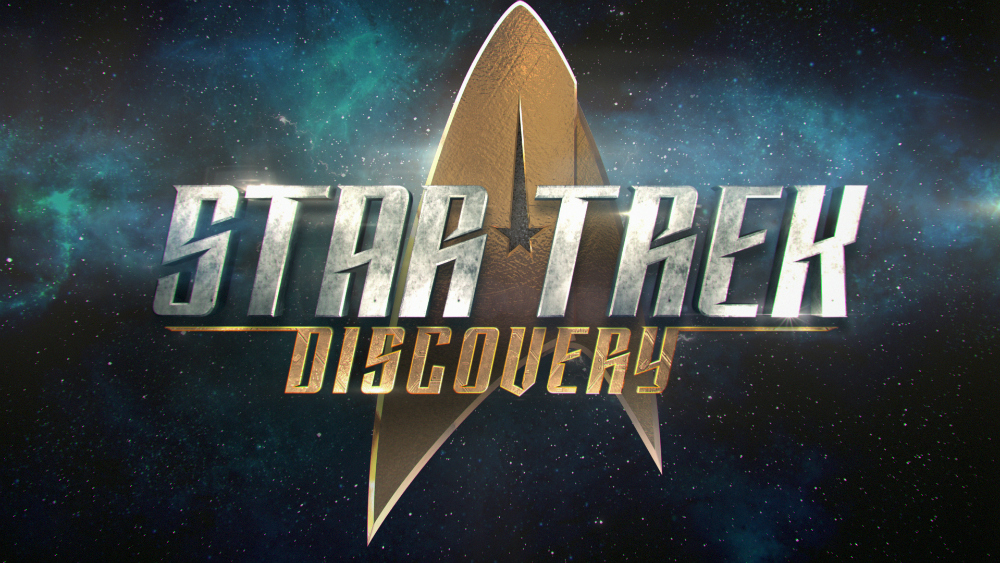 The theme of Discovery this year has been “inconsistency.” One episode has been up, the next has been down. The lows have been very low, with one episode this year being in the bottom five of all Trek, and the best mostly being only “good,” with one episode this year being a top thirty episode in all of Trek. I’m not asking for greatness. I think there are too many intangibles working against the show, but if the series develops a consistent 7/10 to 9/10 pattern, I’ll be very happy.

Wouldn’tcha know it, here’s a pair of 8/10 episodes and the only flaw is that one of them clearly has no idea what the rules of the Star Trek universe are. Other than that we’re in good shape… 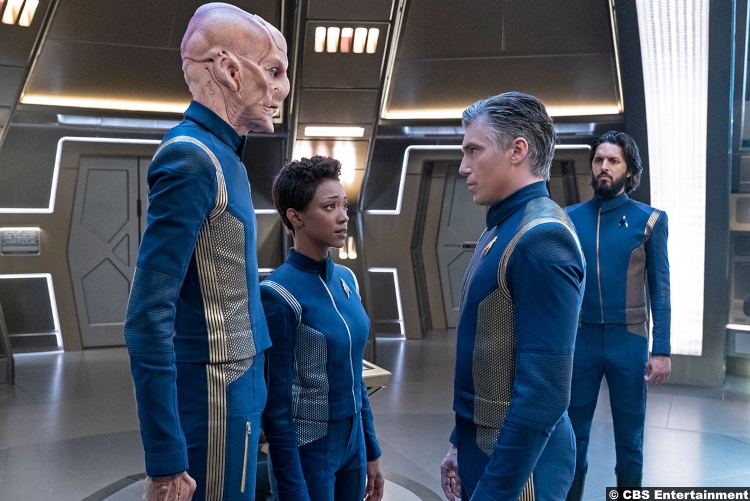 The focus of this episode is on Saru who, after discovering that the weird “pon far but it kills you” thing he went through the week prior didn’t kill him but actually made him stronger just like on those motivational posters, enters this episode with the chance to tell all his fellow Kelpians about it. The Red Angel calls Discovery to Saru’s home planet but there’s a twist: Of the two advanced species who live on the planet, only one has made first contact with the Federation; the other—Saru’s race—are still in the dark about interstellar travel. That’s a fact we were explained in the previous season, but it’s important to be reminded here since it means the Prime Directive has to be followed. Or at least that’s what they say.

And then no one follows it!

There is a lot to like about this episode, but the underlying problem is that it betrays its own internal rules. While debating what to do, Cpt. Pike is explicit that Saru has no right to interfere with the Prime Directive (called “General Order One”) and then thirty seconds later Pike is allowing Michael to beam down with Saru wearing nothing but a hoodie! She doesn’t even try to hide the fact that she’s not Kelpian. Remember how in all the 90’s Trek shows, the heroes would beam down to the primitive planet, wearing the little fake noses, or the forehead squiggles, or whatever the alien race had, so they could be indistinguishable from the natives? Not here.

And then, in the climax, Saru uses a device to force—without their consent—his entire race to undergo a painful and physiologically-altering transformation, restructuring the whole planet’s entire culture in the process. That has to be the single most egregious breaking of the Prime Directive I’ve ever seen!

And yet…AND YET, I would be willing to forgive it had the show simply given me a classic “Star Trek heroes sit around a table and debate the moral conundrum” scene. There was none. No debilitation. No debate. No discussion. People just made rash decisions and it felt wholly un-Trek. And you can try to defend Saru by saying his people didn’t know they couldn’t evolve so he was giving them something they didn’t know they couldn’t have, but you’d be hard pressed to make that stick since Saru was the only one to that point who went through the transformation and lived. There was no way to know he wasn’t a unique case. He could have killed his entire species. Using your advanced knowledge to directly influence the development of a pre-warp species is exactly what is forbidden in the Prime Directive. There’s no excusing that; it’s blasphemous.

But other than it was a fun episode. 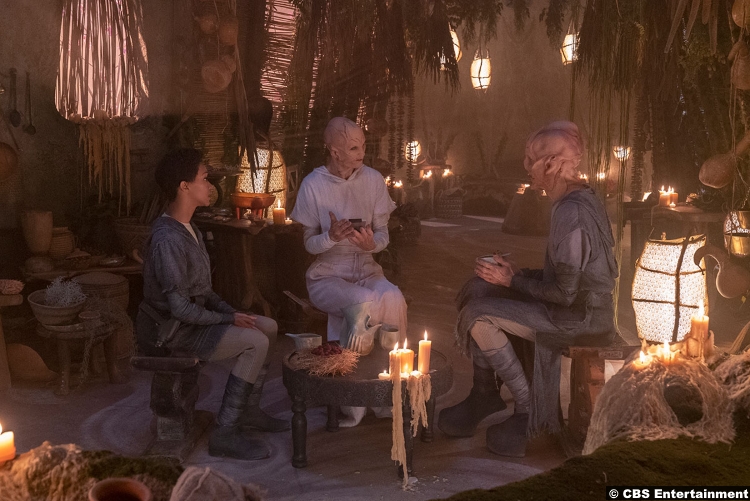 The pacing of the episode was on point. That’s been a major problem in some episodes this year.

I worry that the Red Angel stuff is becoming a meaningless plot device/driver, where it drives the story and action in seemingly arbitrary circles, while the Discovery has adventures in its wake. It’s all very Dr. Quinn Medicine Woman, where every episode had someone new roll into town, and suddenly everything revolved around him for an hour before that someone rolled off again.

Despite my criticism, I still think Saru is the best “Data/Odo” like character since Data himself. I love everything about him and whatever becomes of this show, and whatever legacy it develops over the coming years, I’m confident Saru will be the standout everyone appreciates from Discovery.

Oh and hey, the Robot Lady has a name…but I’ve already forgotten it. 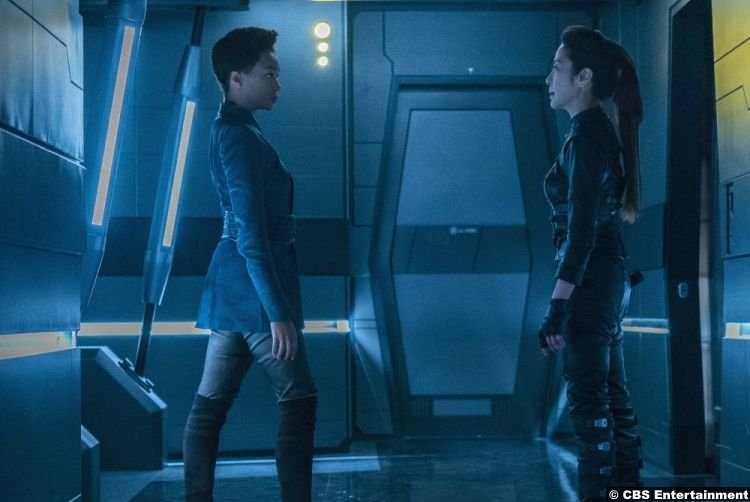 After half a season, Spock has entered the picture, and for the most part, he is handled tastefully. I am curious to see how others respond to his inclusion in the show now that he’s actually, you know, included. The whole time he was just talked about felt very forced and ham-fisted. It felt needlessly connective to The Original Series, but now that he’s here I like the way they’re using him. He exists solely as a person in relation to Michael, which is probably the best way to treat arguably the most iconic Star Trek character ever in a show like this. Making him a character-extension of a solely-Discovery character helps us integrate him into the show so he doesn’t feel like a larger than life presence that’s bigger than the show.

That being said, it’s hard not to think of the fifty-years of character that’s behind him and how radically different he is here than in every other iteration; even Zachary Quinto’s angry emo Spock was closer to Nimoy than this bearded weirdo with Vulcan dyslexia. Once more I will say that if this show had been set in the future, with all-new characters and settings, the show would be so much more free to tell its stories without all the baggage that comes with being a prequel. Alas.

Spock’s story was the B-plot this week, with Discovery’s conflict against a Temporal Disturbance taking the center stage. It’s a plot that felt very Star Trek Voyagery, and I mean that in a good way. There were some now-expected head-scratching moments but for the most part, the plot was fun, easily digested, offered clues related to the big-picture plot of the season (the Red Angel) and moved along steadily without getting too messy. 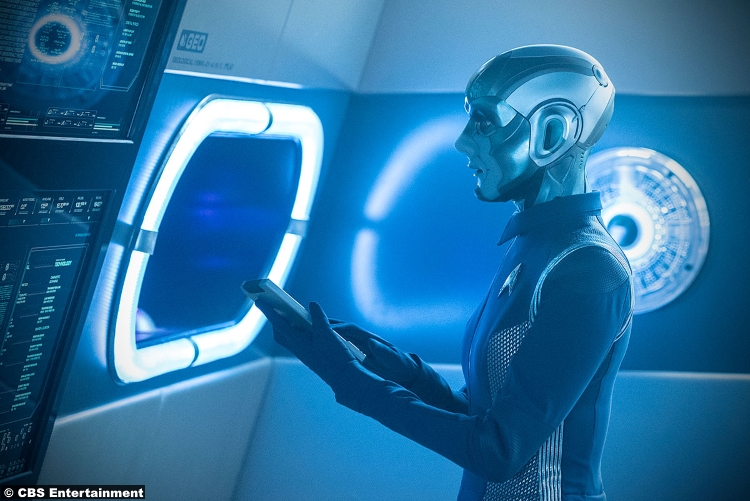 Stamets not being affected by temporal distortions makes sense and references pre-established canon. That’s all fine, but shouldn’t he have been in the shuttle then?

Also, did Stamets have no idea what was happening this week before being called into action, or what? Does no one on this show attend staff meetings? I know Discovery is a “fast-paced” show with no time for talking (despite that being the heart and soul of Trek), but can we at least have the talking done off-screen?

Amanda is a bit of a prick, right? Stubborn and wrongheaded. That’s not just me; we all see that, yes?

Also so is Tyler. I mean he JUST got his Section 31 job a couple of weeks ago and he’s all cocky and obstinate, acting like he’s hot stuff just because he got let into a secret Starfleet club that is apparently not a secret.

Sarek and Amanda have a conversation about Spock that goes nowhere, says nothing, and ends up being a word salad with no dressing. No thank you to whoever wrote it.

Did Michael take a Discovery shuttlecraft to Vulcan? If so, she got from Disco to Vulcan and to the Section 31 ship way too quickly, especially in a shuttle that isn’t supposed to be warp capable.

Oh hey the Robot Lady got…hijacked? Cracked? Malwared? What’s the proper nomenclature here? I dunno, because no one has yet to tell me what exactly she is and how she exists in a world where Data was supposed to be unique.

I would have loved an Enterprise-set show with Pike,  Spock, Number one, etc. If we have to have a prequel, that would have been a great one. I’d still be okay with a spinoff if CBS was looking for another Star Trek show to add to their lineup of Discovery and Picard. I’d take it twice as hard over a Section 31-themed show.

I’m saving all my Talos IV-themed snark until after I watched the next episode.