Kerblam! is a very fun episode, in fact, it may be the best straight adventure of season eleven. It’s bright and colorful, full of great lines and eerie visuals, and every member of the cast is in top form. Season eleven has been frequently entertaining, if a little patchy, and the weakest episodes so far have been those that involve Team Tardis travelling to the future, new planets, or both. In terms of quality, this season has thrived when it has dealt with the struggles of the past, especially if those struggles connect in some way to the main cast, as both Rosa and Demons of the Punjab did quite elegantly. But that’s only one-third of the types of stories that Doctor Who is capable of. The other two are the contemporary Earth stories, that usually have something to do with an invasion or normality being stretched to sci-fi breaking point as in Arachnids in the UK, and the future stories, which have been the weakest episodes of this new era. It’s because of this that Kerblam! feels so fresh, and at times even thrilling.

While Kerblam! isn’t anyone’s idea of a classic Doctor Who outing, it would probably rank somewhere in the middle beside The Beast Below, it’s the first episode of season eleven that has managed to be consistently fun which is sometimes all I want from this show. What makes Kerblam! feel so fresh to me is that it’s the first genuine caper the show has pulled off since last year’s Capaldi episode Knock Knock. Since then the monster of the week episodes were either dull, incredibly annoying (both of those descriptions are about season ten) or, in the case of this season, just missing the mark. Kerblam! gets just about everything right to be a compellingly silly, and at times shocking, episode that has genuine stakes, genuine laughs, and for once a genuine villain.

Perhaps the main reason Kerblam! works is that it feels like a throwback to the Russell T Davis era. What made Davis’ standalone episodes work was a proper sense of mystery and momentum to proceedings, and a sense of humor that felt more organic to the script rather than stopping the story dead for a joke. Kerblam! starts as it means to go on with a nice reference to the last fun Doctor before this one as the Doctor receives a package from the titular corporation that features a fez (which might suit Jodie Whitakker more than Matt Smith) along with a message within the package asking for help. 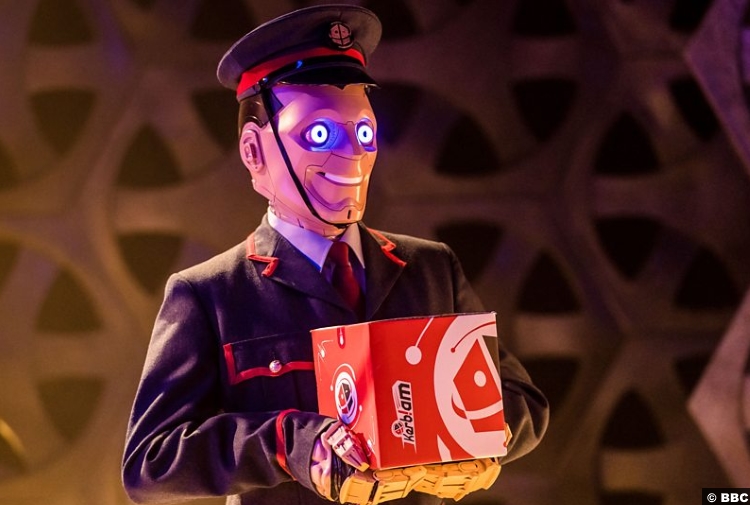 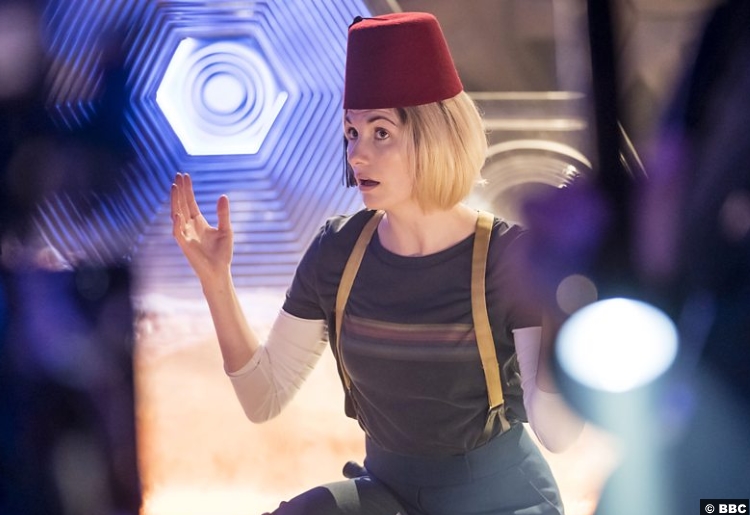 Now, this is classic Who, as Team Tardis is given a call to action and a mystery to solve. After arriving at the Kerblam! factory, that happens to be housed on a moon, Team Tardis go undercover as workers in different departments where they find out that people have been going missing. More than any other episode this season, Kerblam! shows of exactly what each member of Team Tardis brings to the table. Ryan uses his experience as a factory worker to his advantage in helping the Doctor blend in, Yaz’s investigative instincts, as well as her compassion, find out about the disappearing workers through her brief friendship with Dan, and Graham uses his gift of the gab to find out more of the company’s secrets. 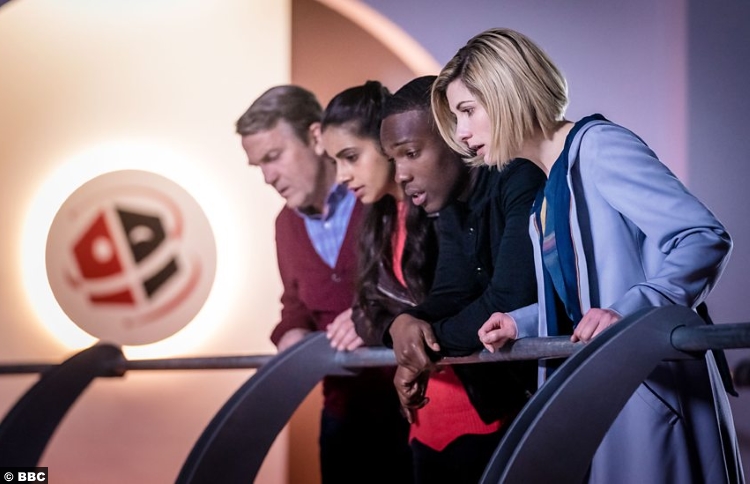 This is a strong episode for the assistants but it’s also the most comfortable Jodie Whittaker has been in the role thus far. While her performances have been solid, upgraded to brilliant when she goes back in time, Kerblam! is the first episode where Whittaker gets to be the Doctor in all of her charismatic glory. She’s so on that it’s exhilarating at times to just watch her command every scene while imbuing her performance with a sense of joy that was sorely lacking in the Capaldi era.

This is helped by the fact that writer Pete McTighe clearly knows what he wants to convey with this story, while also putting in some genuine surprises. The Amazon comparisons are obvious, and this is the kind of material that comes from someone who knows exactly how soul-destroying factory work can be, especially when you’re staring down the barrel of a machine eventually taking over your job. I’ve had some experience in this kind of environment, with my performance, length of toilet breaks, and overall work-flow scrutinized at every turn, at times wishing that the Tardis and the Doctor would turn up for real and I could help them solve a mystery. Unsurprisingly, given this experience, Kerblam! feels like a bit of wish-fulfillment for me. 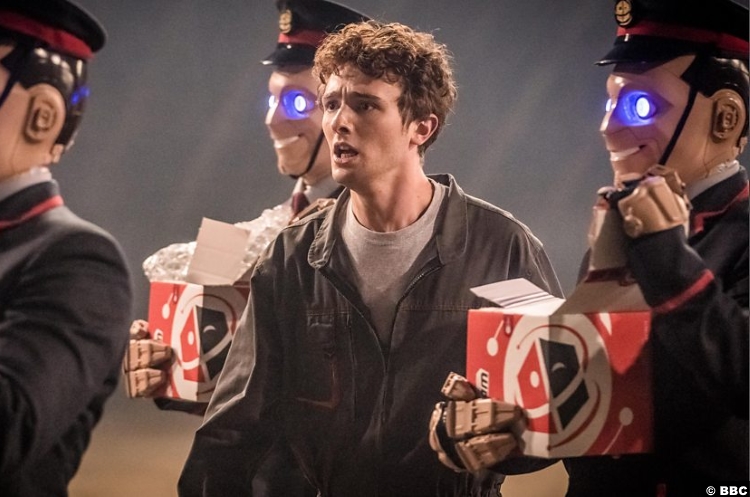 Kerblam!’s message is one that mirrors the present state of affairs. The titular company’s empty boast of 10% human workers fails to acknowledge the millions in that galaxy without work. This is something that rings true in the UK as unemployment figures are comparatively low only because the employment figures are bumped up by people working at just four hours each week. These statistics make for a good soundbite, but the truth of them is found when we dig a little deeper. Kerblam! manages to dig deep enough without sounding too preachy or letting the themes overwhelm the fun.

8/10 – Kerblam! fixes season elevens biggest problem by being the first future-set episode that manages to fully deliver. It has great performances, amazing art direction, the robots themselves slotted nicely into the uncanny valley, and a brilliantly simple evil plan. I’ll never pop bubble wrap ever again.