We are officially halfway through season eleven of Doctor Who and it’s becoming much easier to figure out what’s working and what is decidedly not. On the face of it, The Tsuranga Conundrum is your classic base under attack story with the base being an automated hospital ship and the threat to Team Tardis and the surviving crew being a monster that’s half Disney’s Stitch and half Futurama’s Nibbler. There’s the added wrinkle of sub-plots that include a pregnant man and a brother-sister pairing of lowly engineer and legendary space pilot with an android in the middle. The episode also happens to be yet another Chris Chibnall solo outing and dear Gallifrey does this guy need to give someone else a shot.

The upside if an episode like this, something which it shares with last week’s Arachnids in the UK, is that it gets by largely on the charm of its cast. While Ryan, Yaz, and Graham are pushed to the sidelines once again, each of the actors is comfortable enough in their roles that they ground the episode when it is in dire need of just that. As usual, the star of the show is, well, the star of the show, as Jodie Whittaker gets to flexes those resourceful muscles as the Doctor is constantly solving problems, putting out fires, and generally keeping everyone’s morale up so they can be useful as soon as the script requires it. As long as the Doctor remains a strong and consistent presence, I’ll always have something to enjoy about the show but this episode pushed its luck quite a few times. 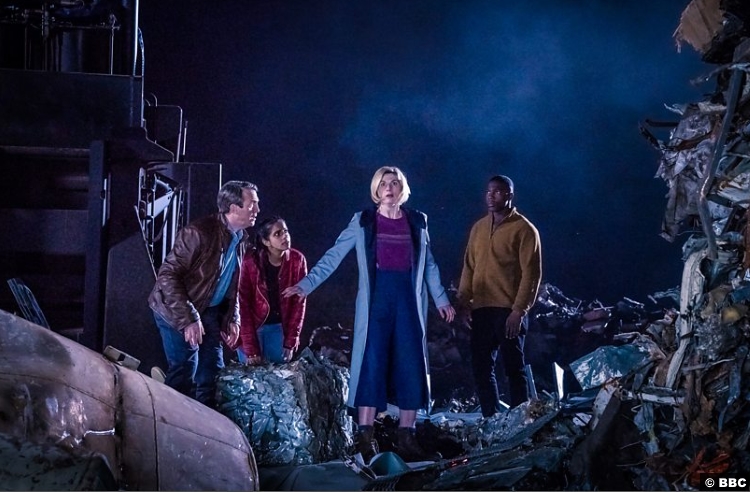 For this new season we were promised a new outlook, a new sense of style, and crucially, some new monsters. It’s been half the season and that last promise has been fulfilled with not a Dalek or a Cyberman in sight. On the one hand, I like that Chibnall is trying to go his own way, there’s no quicker way to assure everyone that you’re the right person for the job than by adding to the cannon of memorable villains. Except that’s not happened, has it? What monsters we have had so far have hardly been memorable, at least not for exactly positive reasons.

We had the toothy Predator in the first episode, some windy scarves in the second, a cardboard cutout time-traveling racist in the third (though that episode had bigger things on its mind, so fair play), some spiders, and now a little space goblin. Out of all of these, it’s only the spiders that have garnered the best response from viewers, not surprising considering Chibnall had a little fun in racking up the tension of usually mundane things like a spider in the bath. I was quite excited about tonight’s monster, I thought we were going to get an Alien-style fight for survival, instead, we got that little twerp. Weak sauce Chris, really weak sauce. 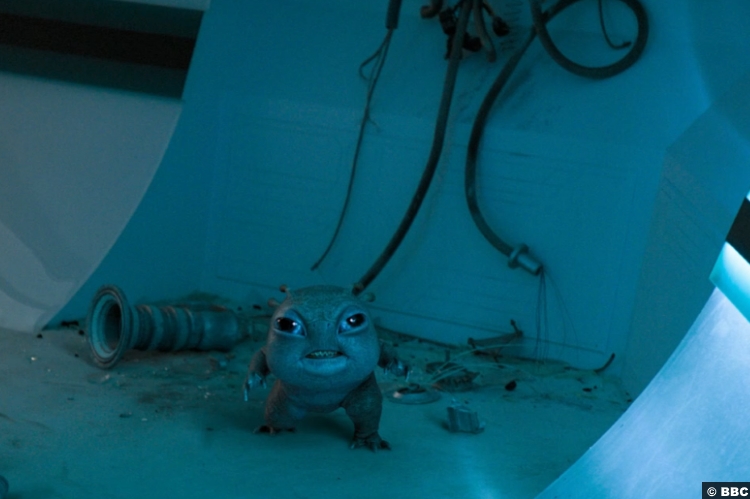 So, the monster was a bit of a dud, how about the rest? Well, there’s the aforementioned continued brilliance of the Doctor, that sense of wonder is a breath of fresh air after Capaldi’s quiet disdain, but Chibnall is still overpopulating his scripts with far too many characters. Even when he’s bold enough to kill someone off, it’s in a manner that just makes me wonder if the ship’s doctor wasn’t a complete idiot. One of the escape pods was already detached, so he’s just going to walk right into the only one that’s left? What’s even more annoying about this is that the detachment of both escape pods struck me as a strategic move on the part of the villain, but it was anything but considering the villain was just hungry. Again, not great Chris. 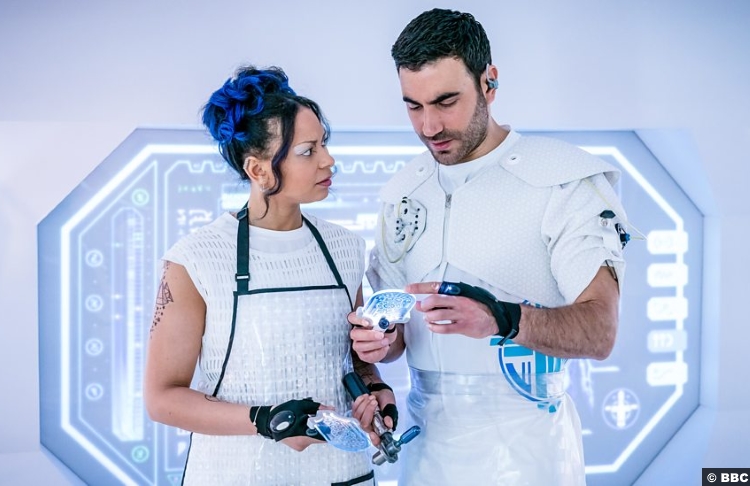 Another thing that Chibnall needs to work on is a method of not hammering us over the head with the reason these characters are here in the first place. Like I said previously when you can easily guess exactly how a particular character is going to fit into a story, apart from the lead characters, it’s okay if that’s obvious, then you end up just waiting for them to become useful. That was the case with star pilot Eve Cicero and her engineer brother. What could be their roles in this story? I’m not saying that there has to be a lot of nuances here, this is a family show and a certain amount of user-friendliness comes with the territory but if the function of these supporting characters is easy to guess then it stops me from engaging with their own stories the way I normally would.

At least it wasn’t all bad, though this is definitely the weakest episode of the season so far. Ryan got another chance to shine this week as we learn more about his relationship, or lack thereof, with his absent dad, and the tragic circumstances of his mother’s death. Ryan is given some really good moments with the pregnant Yoss, who has some reservations about becoming a father himself. While this in no way condones his father’s abandonment of him, Ryan gets a taste of the pressures of being a parent, especially if that parent is left alone to raise their child. 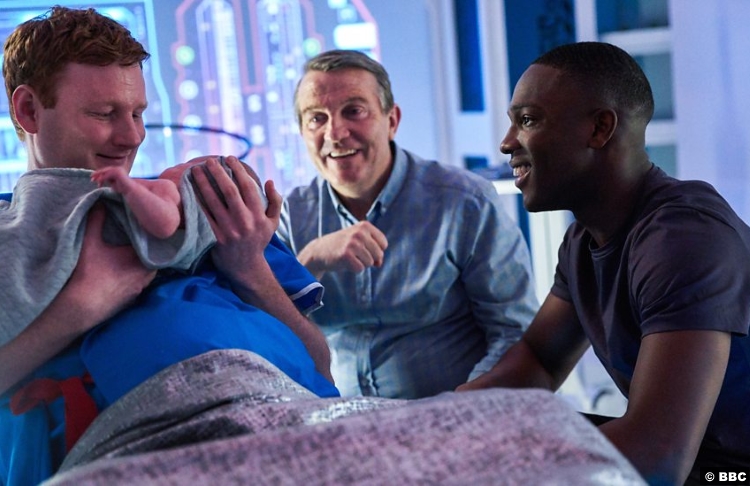 There are two questions that kept popping into my head in these scenes, the first was where exactly was that baby going to come out, though apparently men in the future have a much easier time in labor, and the second, and most important, is what does this mean in terms of the overarching. story. This brings us to the Timeless Child. With so much of this season exploring what it means to be a parent, mostly from the point of view of Ryan and Graham, there is a good chance that these questions will involve the Doctor in the future.

5/10 – A weak and silly episode with only a little to enjoy, the silly little villain not being one of them.