Doctor Who S11E04: Arachnids in the UK – Sheffield has a spider problem in an overwhelmingly goofy episode

Considering how elastic the premise of Doctor Who is at the best of times, a case of tonal whiplash was bound to happen at some point. After the brilliance of last week’s Rosa, Chris Chibnall has decided to follow it up with season eleven’s first all-out caper: a wacky creature feature that is as broad as Rosa was nuanced. Arachnids in the UK isn’t necessarily a bad episode of the show, it has its share of fun stuff and moments of unexpected poignancy, but in terms of where it ranks in the bigger picture of the show, this episode had the feeling of a by the numbers Russell T Davis outing.

While this new version of the show has been getting a lot right, the plotting of everything that isn’t set in 1950s Alabama has been a little suspect. After four quite different stories, the characters are beginning to feel familiar, and the actor’s performances back this up, but in the early going of this new era, the weak link seems to be Chibnall himself. this isn’t a huge surprise, the new showrunner doesn’t have a proper classic to of Doctor Who to his name, at least one that he didn’t share credit with another writer. Most of his past work took place within the Matt Smith era and his hit rate isn’t as formidable as, say Steven Moffat’s was in the T Davis era. Still, he has proved with Broadchurch that he can put together a compelling season-long arc but the rules are a little different when it comes to Doctor Who. 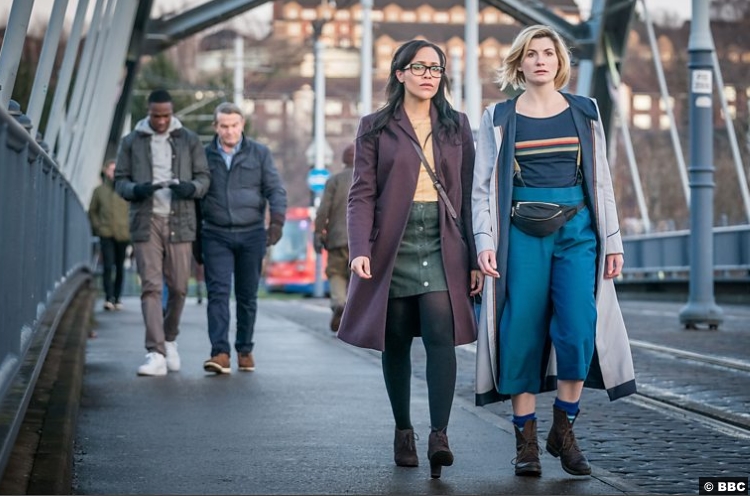 Arachnids in the UK is easily the weakest episode of his tenure so far. It’s a really silly hour of television that lacks a sense of momentum that kept T Davis’ rougher episodes together, but there is one thing that goes in his favor: his worst episode is nowhere near Moffat’s worst episodes. What keeps Arachnids from fully falling into the toxic landfill is the newly named Team Tardis. Yaz, Ryan, and Graham are capable of carrying the burden of this messy plot because they everything Chibnall is doing in regards to character is working. Yes, there is the very Davis era  relationship between Yaz and her family being extremely rude to each other (if I told my mum to shut up the way that Yaz did you better believe I’m getting a telling off, she wouldn’t care if it was in front of my new friend the time travelling alien), but that’s how families seem to work on a British tea-time show. 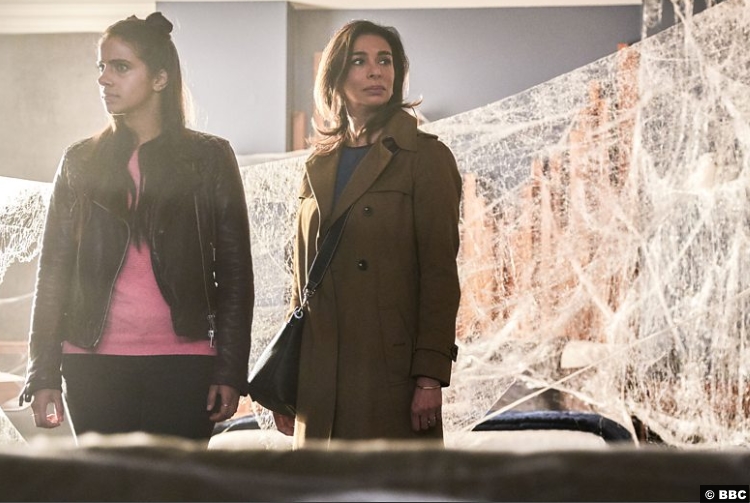 Speaking of family, this is a surprisingly sweet episode for Ryan and Graham’s relationship. While the letter from Ryan’s dad is executed in a terribly clunky fashion, it does bring his relationship with Graham, who is his step-granddad, into focus. The two have had a lightly antagonistic bond in the previous episodes, much of that to do with the grief they both feel after losing Grace, they have grown closer thanks to the life-threatening danger they have shared together. It’s from these two that we get the episode’s most emotionally rewarding moments, especially with Graham’s grief taking the shape of Grace, a painful reminder of what they have both lost. Now, I grew up, like many of us did, with the message of classic Disney films that catered to the belief that step-parents were evil in some way, so it’s nice that Doctor Who is throwing that crap out by showing that Ryan and Graham’s familial bond doesn’t need to have anything to do with blood. 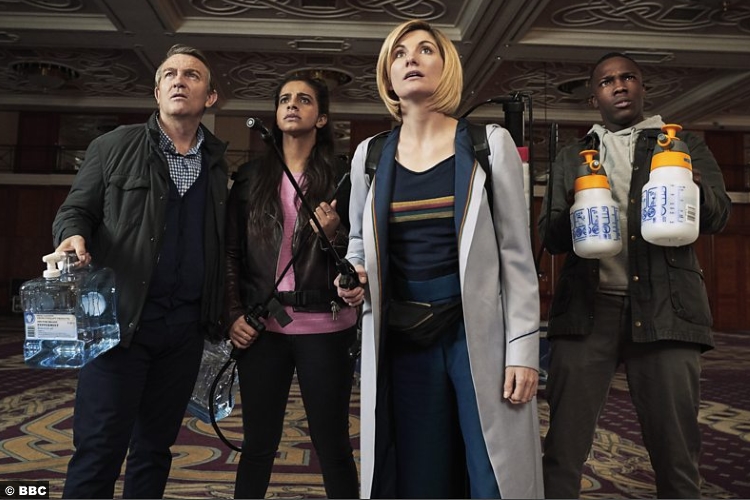 There are a few more things that Arachnids in the UK can put in the win column, the obvious influence of 50s creature features like THEM! give the titular spiders a lot of menace, but, as is the case every week, the real star is Jodie Whittaker. In a way, the new Doctor is a reaction to the old Doctor and Jodie is about as different to Peter Capaldi’s Doctor as it’s possible to be. She’s fun, endearingly goofy, a little needy, and extremely noble. With each passing week, Whittaker is getting better and more comfortable in the role, and she’s easily elevating the sometimes lackluster material that Chibnall is giving her. Ryan is absolutely right, she’s the boss. 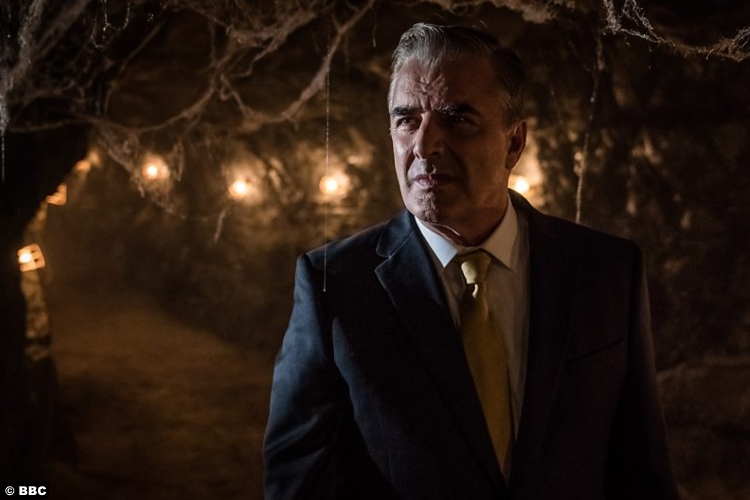 There is a lot to like about Arachnids in the UK but there is also a fair bit of dead weight. While the spiders have a few genuinely creepy moments, the threat they pose never quite comes together. The same goes for Mr “definitely not Trump because I hate Trump” played as broadly as possible by Chris Noth. He’s the real villain, or is it gentrification? Or is it big business poisoning the environment? Chibnall has thrown a lot of toxic waste at the wall and it’s all a bit of a waste. The mark of a good story is that the viewer doesn’t notice the wheels spinning, or what those wheels are attached to in the first place. Arachnids in the UK’s wheels were obvious: the human villain, the exposition machine that was the spider expert scientist, and the complete lack of a final act. In showing its hand, the episode shows itself to be less than the sum of its parts.

6/10 – It’s a shame, in theory, giant spiders in Sheffield should work quite well in a show like Doctor Who. Instead we get a fitfully entertaining B movie that felt more like a first draft than the finished product. Still, go Team Tardis!