Doctor Who S10E12: The Doctor Falls – The season ends, but Capaldi’s ending has just begun

Well, it’s happened again. For the third year in a row the concluding episode of the Doctor Who finale can’t fulfil the promise of the mysteries and dangers set up by part one, how could it. After a week of mulling over World Enough and Time I realise I was a little harsh in my initial reaction. As a first instalment of a bigger story, in which The Doctor Falls isn’t even the true ending, last week’s episode is probably the best of the season. So it’s no surprise that the second part dropped the ball a bit. Like previous Capaldi/Moffat/Talalay finales, this episode sacrificed a lot of the nuanced and subtlety of the previous week to give us something much more broad. Like most of season ten: some stuff worked incredibly well, some didn’t.

Of the three leads of the episode (as always I’m excluding Nardole: gone and instantly forgotten): The Doctor, Bill, Missy and the Master, the show’s heroes were treated better than its villains. My main criticism of the episode, and of season ten overall, is that they wasted the built-in potential of Missy and the Master. Both John Simm and Michelle Gomez gave it everything they’ve got as the two different versions of the Doctor’s friend/enemy, but were forgotten about for long stretches of this extended episode. 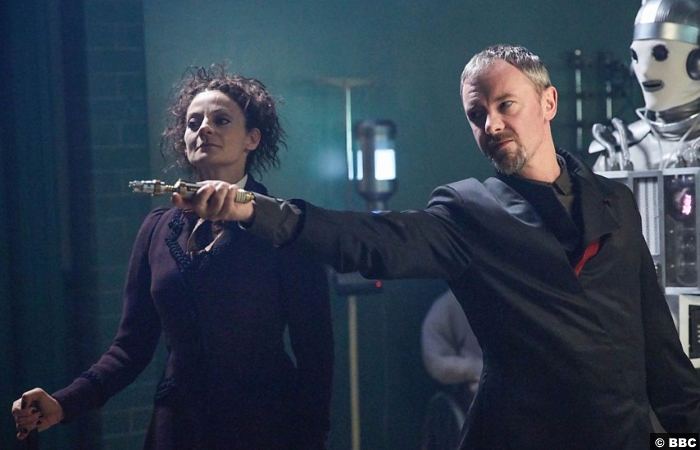 As I’ve said previously, Missy’s turn to the side of good isa fantastic story for the show to tell. Think of the Master as a character: he has always been the Doctor’s greatest foe, his most interesting mirror image, and a consistently brilliant presence in the mythos of the show. His regeneration from John Simm to Michelle Gomez’s Missy created a new spin on this chaotic character, and Steven Moffat has wasted her horribly. It may have something to do with Gomez’s schedule but her rare appearances in the show basically guarantee that she is the most interesting part of whatever story she turns up in. Yet time and again she is relegated to a functional character, proverbially pushed out of the way in big episodes so we can spend more time mourning over someone who’s been turned into a Cyberman. It happens again here, and what’s worse, it happens to John Simm too. 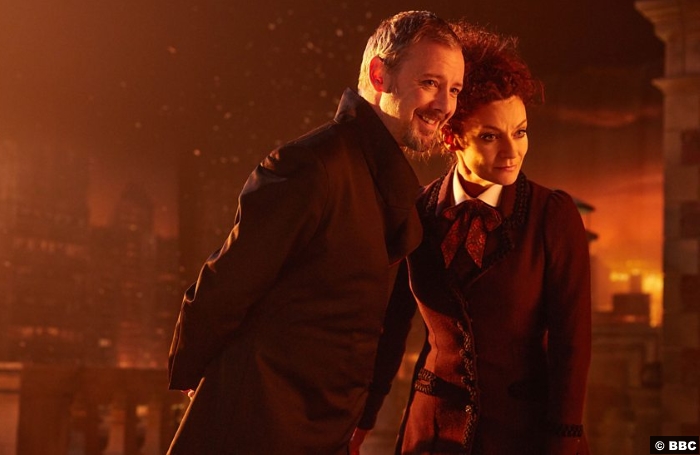 The two versions of our other favourite Timelord, or Lady, spend most of the episode trying to figure each other out. Gomez and Simm’s scenes together pop like nothing else in the episode with a vaguely sexual tension running through it all. In fairness who could blame them for being a little attracted to each other. Simm’s Master could have been used to much better effect with more screen time. Instead we got an abridged version of Missy literally fighting herself to be good. The fact that they both kill each other is appropriate and tragic, yet Missy knows that the Doctor believed in her, so her exit still feels earned. Of course, this is a deeply personal criticism: I was promised a great Master story, and I didn’t get it. Oh well, moving on.

Let’s talk about Bill and her Heather Ex Machina. The Doctor Falls did have a strong emotional thread running through it. For both Bill and the Doctor this felt like the last battle. With each of them clinging on to life the stakes were suitably raised, but when there’s tears there’s hope. Did anyone else think that was a forced line on Moffat’s part? If you did then you probably hated the appearance of Heather and the manner of Bill’s exit from the show. I didn’t love it, mainly because I really wanted Pearl Mackie to stick around, but I never really though Moffat would leave Bill like that. His tendency to extend his companions lives through alien means that also result in them leaving the Doctor, are well defined at this point, and at the very least he managed to sidestep the dead lesbian trope. Bill was a truly great companion but, like Missy, I’m disappointed that we got to spend so little time with her. Hopefully she will return to the show in the future, but for now Pearl Mackie should be really proud of her work on Doctor Who. 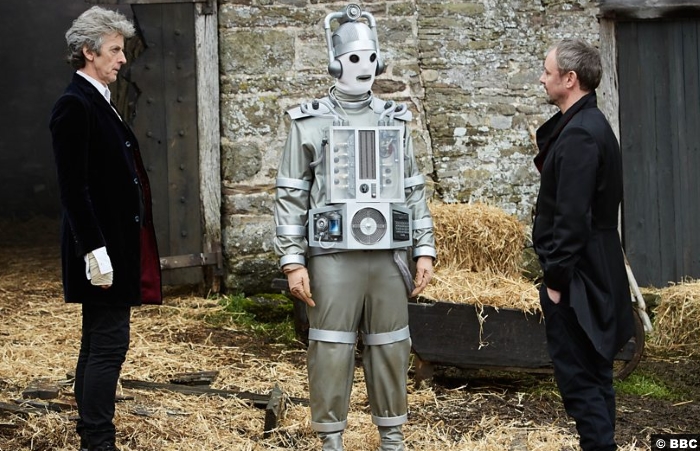 The Doctor Falls was an episode of goodbyes, but there is still one long goodbye to come. Peter Capaldi was brilliant, and has been brilliant for all but one episode of his tenure in the TARDIS. For once I feel that this is the right time for the actor to step down from this all-consuming role. I would have paid for another season of David Tennant, or Matt Smith, but the arc of Capaldi’s Doctor is done. He started off as a gruff and dangerously callous version of the Doctor, but begins the end of his run with one of his greatest speeches that underlined why he still fights, even when he knows that he will lose. To be kind, to be good, and to always help others: that’s the Doctor, the original. Who cares if the Master wasn’t listening, everyone else was. Even if we only have one more episode in his company he deserves to be remembered as one of the greatest actors ever to wield the sonic screwdriver. Let’s just wipe our memories of the sonic sunglasses. 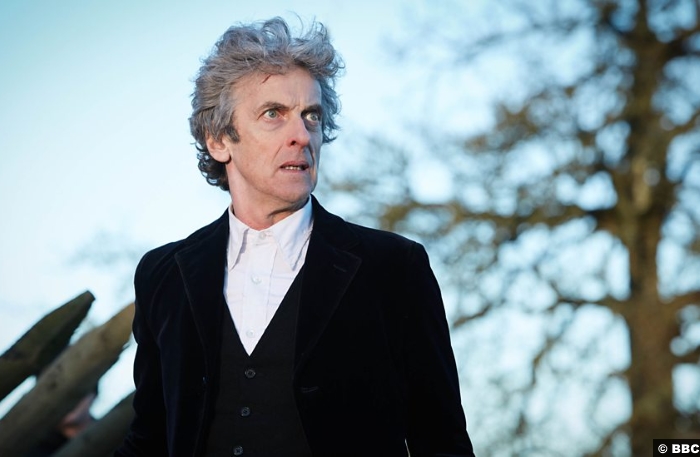 So what’s next? Well there is the small matter of the appearance of the First Doctor, played by David Bradley. So that was why Susan’s picture was so prominent on the Doctor’s desk. Doctor Who has ended a rough season mostly on a high. A lot of season ten didn’t work at all, with some episodes being the most boring since the Starship Titanic, but there is a lot to be said about ending well. Season ten ended well, now can Peter Capaldi and Steven Moffat do the same?

7/10 – The Doctor Falls is an entertaining and muddled finale to a season that has been too much of the latter.