Doctor Who S11E02: The Ghost Monument- It’s plot over character in an exciting second episode

This new era of Doctor Who was bound to have some growing pains and The Ghost Monument is full of them. While this second episode is full of excitement, quotable lines, and a more grounded execution, it does put the spotlight on some of the difficulties inherent to rebooting the show once again. The Woman Who Fell to Earth was a great introduction to the new version of Doctor Who by mainly focusing on the new Doctor, and Jodie Whittaker pulled it off like a pro, but The Ghost Monument side-steps the character-driven approach for an episode that is packed with plot while only alluding to what the new cast can bring to the show. This is mainly down to new showrunner Chris Chibnall’s approach as he has decided to shove the Doctor, Ryan, Graham, and Yaz in the deep end.

The Ghost Monument begins where we left off last week as the Doctor and her new best friends are floating in the vacuum of space. It turns out that the signal that was supposed to lead them to the Tardis, which has never been absent this long in new Who, has led them astray as the planet the signal is coming from is out of its original orbit. Luckily for our new heroes, they are quickly picked up by two different ships for two completely different reasons which lead to a breathless opening as both ships are trying to land on the planet. Ryan and Graham are picked up by Angstrom (Susan Lynch) in what is clearly a life-saving badassery on her part. On the other hand, The Doctor and Yaz are picked up by Epzo (Shaun Dooley) whose motives are a lot more nefarious. It turns out that both pilots are the final contestants of the final stage of the last ever rally of the 12 galaxies, which is being run by the first ever winner. The objective is simple, the first to reach the Ghost Monument, which is actually the Tardis which is a clever touch on Chibnall’s part, while surviving the planet’s many deadly booby traps gets wealth and protection for themselves and their families. 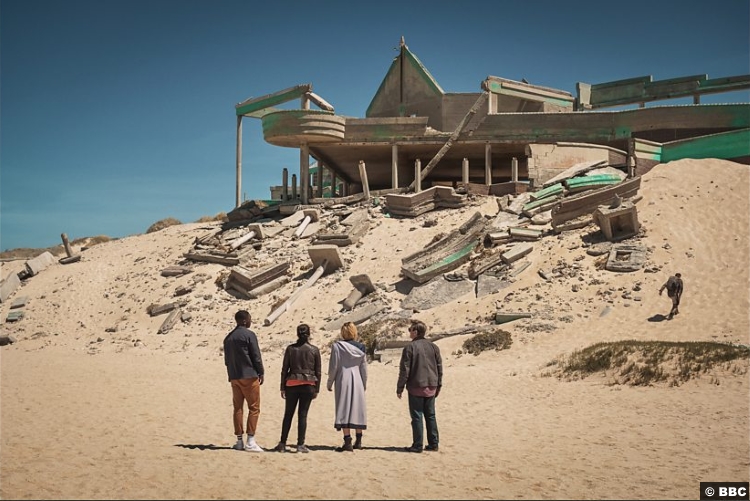 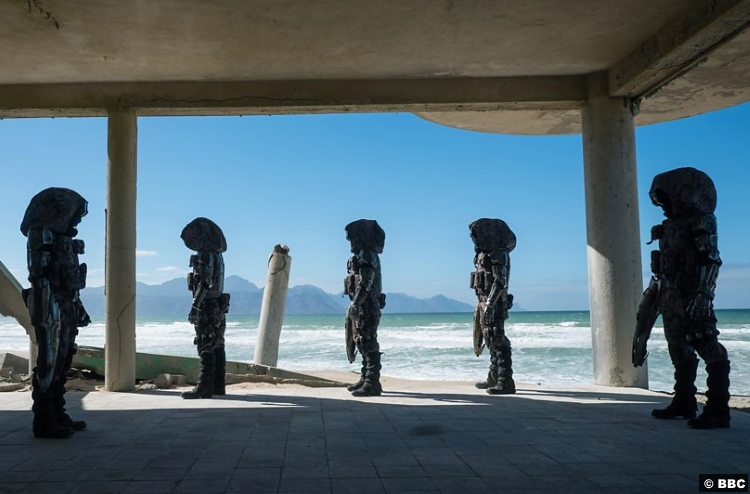 It’s through this that we learn a little more about Angstrom and Epzo. Angstrom wants to win for selfless reasons as she can use the prize to save her family, half of which are in hiding and the other half are on the run. Epzo is the polar opposite, wanting personal glory as it’s revealed that he only saved The Doctor and Yaz so he could use them, presumably, as human shields. What follows is a classic Doctor Who story as the Doctor and her friends must use their smarts to problem solve their way out of the planet where everything is trying to kill them. 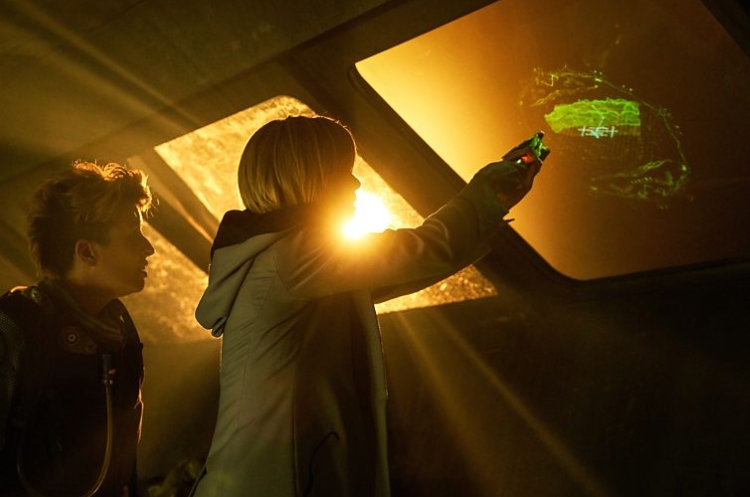 It’s a good premise, and it shows that Chibnall is just as ambitious with his monster of the week episode as he is with episodes that will connect to this season’s main story arc. The problem is that there is so much moving parts in The Ghost Monument that there isn’t a lot of room for characterization. The simple fact is that, apart from the goal of getting to the Tardis, The Ghost Monument is the type of story that would have worked a lot better if it came later in the season. Think of something like the Capaldi episode Time Heist. The reason that episode worked so well is that both Capaldi’s Doctor and Clara had four episodes in which to ground their pairing meaning that the heavy lifting had been achieved so that episode could focus on having fun. The Ghost Monument flounders because it doesn’t have time to fill in the Doctor’s three new companions. Ryan and Graham fair a little better than Yaz because they have a strong and at times antagonistic backstory that preceded the Doctor. All we find out about Yaz is that she has a dad and a sister back home. 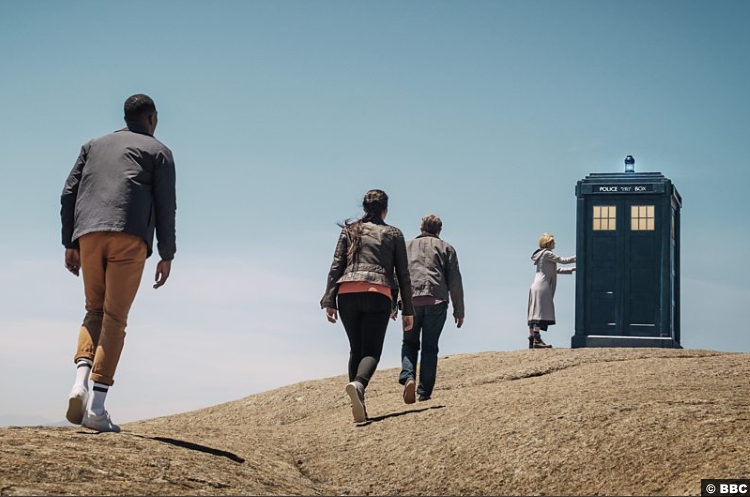 Which brings me to another obvious problem: there is too many new companions. This is a short term problem as I like each of the three of them, but it feels like Chibnall is over-reaching himself with the need to introduce a new Doctor, a new Tardis, and three new companions. The byproduct of this is that some of these characters, this week it’s Yaz, are going to get short-changed. As I said, this is a short-term problem and the simple fact is that the bigger the ensemble the more story-telling opportunities are going to open up, but it does also mean that the beginning is predictably bumpy. While it’s admirably that Chibnall wants to go his own way, when you look at the previous regeneration arcs, the fact that it was The Doctor and one main companion, who he either had a preexisting relationship or met for the first time, having just these two characters to focus on gave those episodes a good balance of character and plot, something The Ghost Monument cannot achieve. 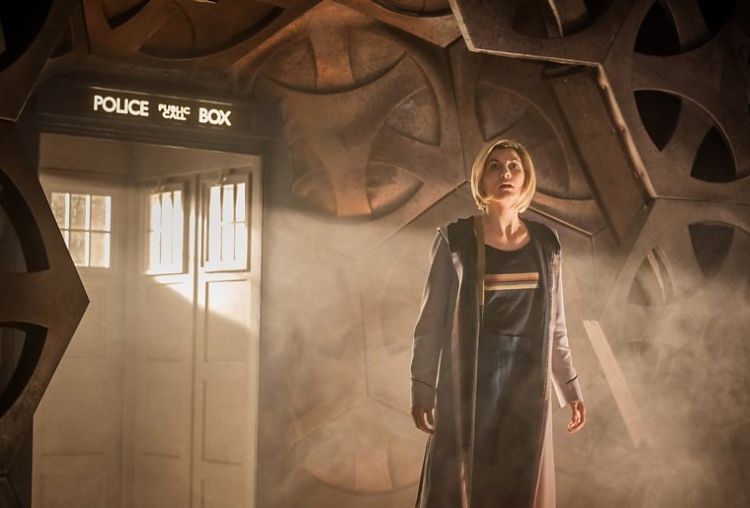 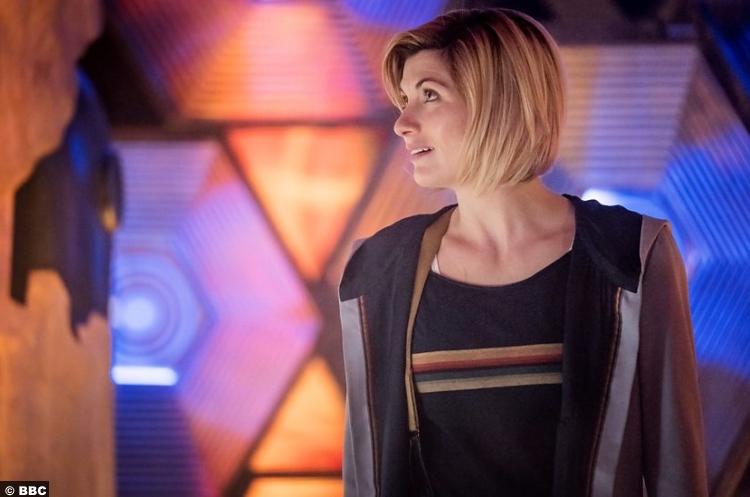 6/10 – Even with these pitfalls, The Ghost Monument is a fun episode and Whittaker is quickly growing into the role even if she isn’t quite as good as she was in her debut. The Ghost Monument feels like an early blip as the show figures out what it wants to be and I have every confidence that it will hit its stride within a few weeks. I also love the new Tardis design, and the opening credits are awesome.