Doctor Who S10E10: The Eaters of Light – Another mediocre episode, but at least The Doctor had something to do this time

Have you ever wondered why crows make that noise? Me neither, and that’s just one of the hackneyed aspects of Eaters of the Light. In fairness, The Doctor, Bill, and Nardole (who at this point is nothing more than old DVD commentary personified) going to Aberdeen to find the missing 9th Legion of the Roman army is a much better episode than the blandness of Mars, if you happen to be under the age of 13. The Eaters of Light is season ten’s most kid friendly episode, and in doing so it alienates the rest of the family. There are a lot of problems with this episode, it wouldn’t be a season ten episode without them, but at least the story is coherent, and writer Rona Munro finally utilises a standard narrative device for the Doctor and the assistant: splitting them up. 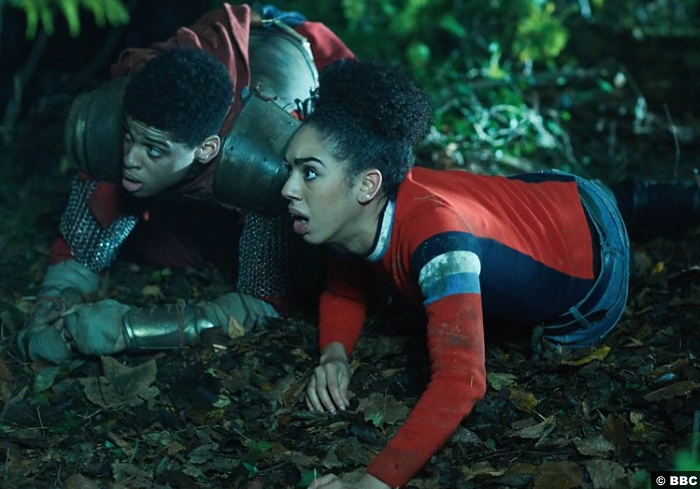 First of all I have to get two major criticisms of my chest: one to do with the season as a whole, and one to do specifically with this episode. Let’s start with a question. What do you think is the biggest missed opportunity of season ten? If your answer was: Missy and the Doctor’s story shouldn’t have been relegated to the edges of the plot, you are correct. There are many flaws in how Missy has been handled; and not just this season. It may be due to scheduling but Michelle Gomez is a wonderful asset to have in any show, which makes me wonder why we have seen so little of her. This could have been a long form Doctor/Master storyline in the mould of Pertwee and Delgado, but Missy just hasn’t been in the show enough. This is a truly unique relationship within the shows universe. The Doctor and Missy are the furthest from enemies that both characters have ever been: even Missy’s villainous Cyber army plans was her own twisted gift to the Doctor. Even this possible redemption character arc is full of exciting possibilities. So why in the Tardis blue hell did we spend three sodding weeks with the Monks when this is the story that Moffat should be telling? It’s unbelievable. Of course, the return of John Simm as the Master a week from now should put a gleefully maniacal spanner in the works but there is another narrative opportunity that could be utilized. 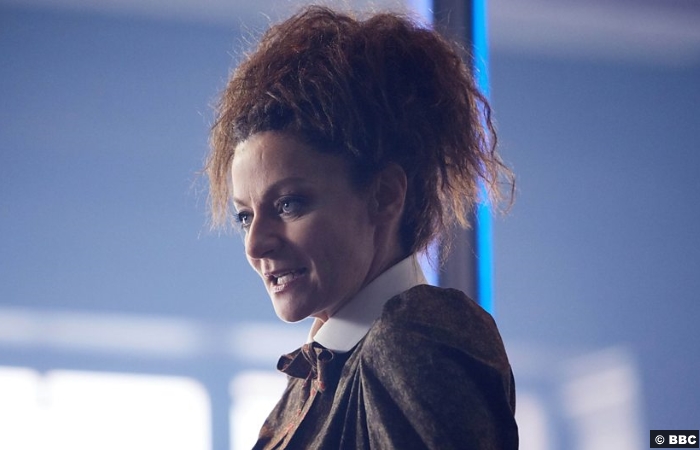 Think of the last time we saw The Master: he used his ill-defined lightning powers to fight the Timelords and save David Tennant’s Doctor. These two characters saved each other in what was supposed to be their final battle. Maybe this mercy on both parts is what turned Missy, if not good, then give her the need to rekindle her relationship with the Doctor. We’re all expecting John Simm to be a maniac, such was the explosive impression he made in the role, but it might not go down that way.

Now to the second hang up: as I can’t spend this entire review talking about what could happen next week. This is a hang up that comes from being a native Scot. It seems that in nearly every TV show (except for Outlander), and film (except from Trainspotting, and T2) that the Scottish characters have to sound like they are about to cry at any moment. This comes from the fact that in order to understand the English language when spoken by a Scottish person, they have to enunciate the hell out of every word in case some poor American, or English person can’t understand that there’s a bloody monster on the loose. I’m not saying that English and American audiences are stupid when it comes to Scottish characters, far from it, my beef is not with them. It’s the people behind these shows that feel the need to continue this style of performance in to side-step any potential risk of confusion. It means that any Scottish actor in a show like Doctor Who has their acting choices relegated to this house style which is grating to hear. 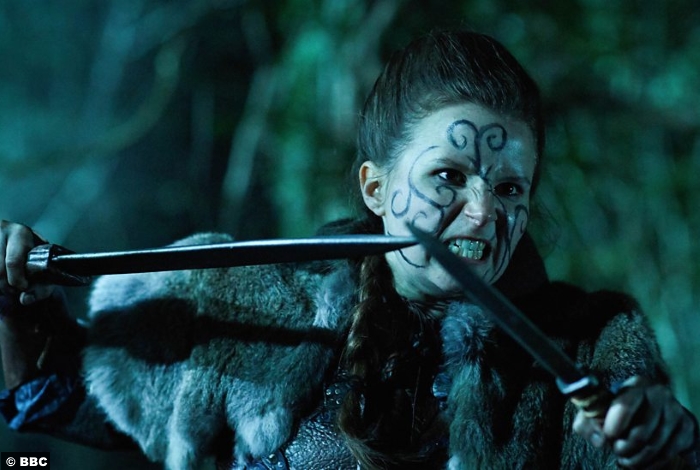 The Eaters of Light isn’t a terrible episode, it has a coherent plot, and the ending is a nice change of pace as two opposing forces come together, inspired by the Doctor willing to sacrifice himself, and choosing to take his place. The episode benefits greatly from splitting the Doctor and Bill up: using each character to showcase the humanity of both sides of the conflict, and the fled of dead Romans is deeply unsettling. The episodes main flaws are superficial. The acting on both sides is pretty dreadful, the Romans in particular look like they’re part of a rushed school play, and the monster looks terrible. For a monster that is mostly, or entirely CGI there has to be a cool design to counteract the effects. The Lighteater’s design is a mess, a sort of PG version of a Lovecraft monster, but for kids. 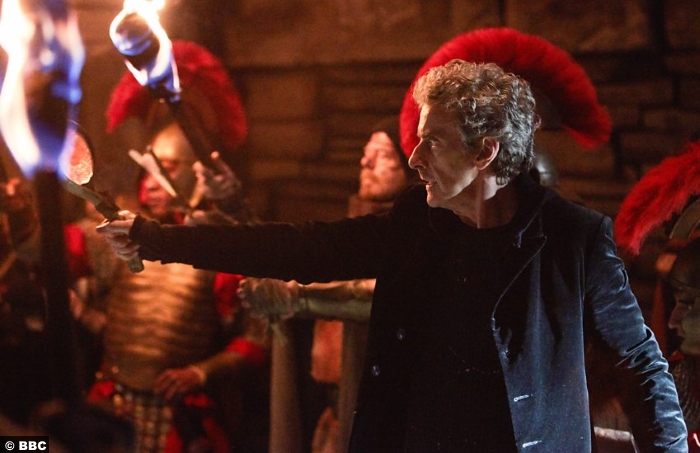 The Eaters of Light is a generally inoffensive episode, but when you take into consideration that it is Peter Capaldi’s last standalone adventure: since the next two episodes are the finale, and his final appearance in the Christmas special, you’ll wish that he got a story more suited to the occasion. At least he got a trip to Scotland,

6/10 – Season Ten’s final Monster of the Week lacked a great monster but was a solid story of coming together and sacrifice. That said, this would be bottom of the pile in any other season.