Having put in the work in the first season to create the show, the gorgeous ladies of wrestling spend season 2 laboring to keep it going (and laboring to keep their relationships going). While the end result may be something that’s objectively silly, they created it and they’re proud of it. For the most part.

And as with anything that provokes pride, they will protect it. For some women, like Debbie, that entails becoming a producer, so she can make her own decisions about the work. For Ruth, it means getting more involved in the actual production, even though that brings her into conflict with Sam. 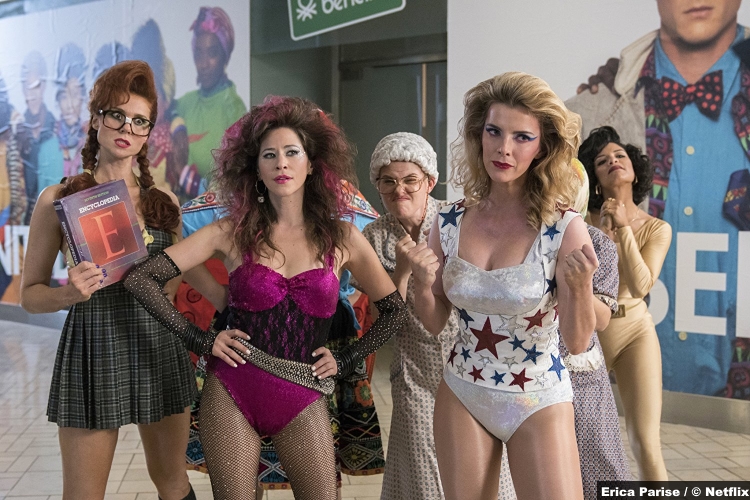 And speaking of conflict, the rift between Debbie and Ruth comes to a violent head this season. They clash over a number of issues, including the #MeToo incident Ruth has with a network executive. In Debbie, you can see the status quo working. This is just how it is in the entertainment industry–you keep your head down and you go along with it or you don’t have a career. And in Ruth’s case, by not going along with it, she puts 20 other people’s jobs in jeopardy. 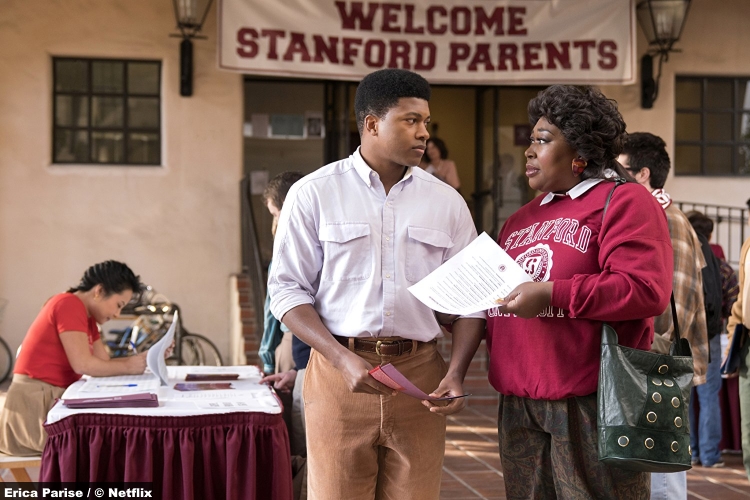 Because other people, obviously, will have other experiences and other hills to climb. Take Tamme, for example. She’s thrilled to visit her son, Ernest (Eli Goree), at Stanford for Parents’ Day. She’s less enthused when he wants to watch her work. The whole character of Welfare Queen is offensive, no duh, but it’s taken to a heartbreaking extreme when Debbie as Liberty Belle leads the crowd in a chant of “Get a job!” Tears spring to Tamme’s eyes as her son witnesses her humiliation. Because, as we know, Tamme has a job. She’s had many jobs. She’s probably worked harder than anyone in that room. So it’s a shame that after that scene and her conversation with Ernest, her storyline is largely pushed to the side.

That’s one of the few missteps, though, in a season that I enjoyed more than the first season. As they’ve been working together and have all gotten to know each other better, their relationships have deepened. And that makes a better show. 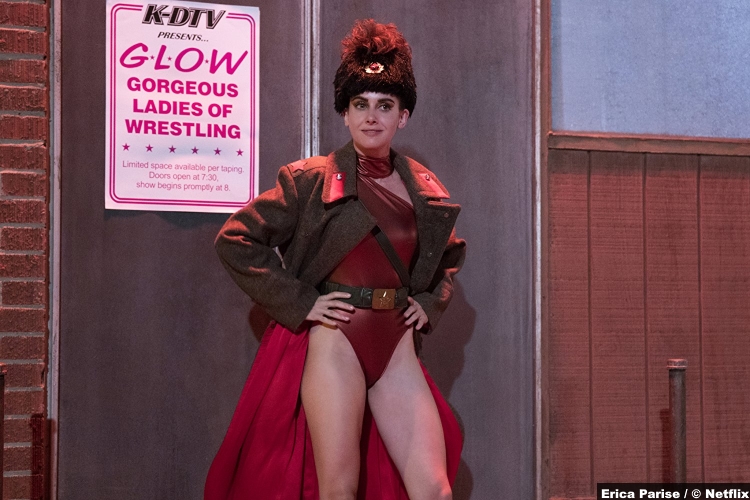 I don’t always feel the relationships they’re pushing–for example, they’re leading into a will they/won’t they with Ruth and Sam that I’m going to have to be sweet-talked into–but I like seeing them grow. When one of the girls gets injured in the ring, for example, her fellow wrestlers (and Sam and Bash) all troop down to the hospital with her. They’ve built a family, just as they’ve built the work.

And speaking of the work, GLOW has plenty of good episodes this season, but one truly inventive one that’s, for all intents and purposes, an episode of the actual show. Watching it, I was a bit bemused at how I ever could have found this show and its silly skits so enthralling as a kid. But that’s the point. It was a show for kids. And apparently, a show especially for those kids who would grow up to love to work.

9.5/10 – The second time around, GLOW comes together in a compulsively watchable season. The gals are on TV now, but that doesn’t mean that everything is smooth sailing. In fact, now that they’ve got sponsors and corporate overlords, there are even more rules to follow. Although there are a lot of laughs, there’s also a lot of tension in watching these women navigate 1980s Hollywood. Back then, cigarettes were advertised to women with the slogan, “You’ve come a long way, baby.” Cigarettes might as well be a relic of the past nowadays, but the sentiment remains. We’ve come a long way, babies. Even in so short a time.

(I didn’t realize when I started writing this that I’d given last season a 9. If they renew it for season 3 and if it keeps rising in quality, I’m going to have to go over 10. Or make a new scale.)