REVIEW: The Cloverfield Paradox: Netflix got me hook, line and stinker

Netflix has famously made its mission statement “we want to become HBO before HBO becomes us.” What started out as essentially a mail-to-you DVD rental subscription service has blossomed into a streaming-video behemoth currently found in over one-hundred million homes. Along the way the company’s focus has shifted from being the one-stop shop for all your old movies and TV shows to being the place where top notch original programming—both movies and shows—can be found. Using algorithms based on subscribers viewing habits (including which actors Netflix subscribers prefer, which episodes fans especially enjoy in a show and why, and even down to which individual scenes are skipped vs. repeated for fun), Netflix has figured out exactly the kind of show its viewers’ brains want to see. It’s creepy, yes, but then you think “the government is spying on us too…at least Netflix is giving us Stranger Things and The Crown along the way.”

The company’s drive to be an essential original programming service has probably already been achieved, and thankfully they continue pumping out new shows and movies as well as purchasing the rights to distribute movies that otherwise would have gotten a theatrical release.

Which brings us to God Particle.

What started out as a spec script by Oren Uziel (writer of 22 Jump Street and Shimmer Lake) morphed into something else entirely. The premise was of a science experiment gone wrong, with the eponymous Higgs Boson particle (which made headlines in 2012 if you want to Google it) serving as the inspiration. The original story focused on a team orbiting Earth working on a particle accelerator-manipulation thingy device. They bring on board a ship full of European astronauts, who eventually betray the crew, setting up the action of the story amidst a sci-fi backdrop.

The story was an original one, with a simple science-fiction premise, but such movies are hard to market and don’t usually make great money. 2017’s solid sci-fi horror film LIFE only made a little more than half its budget. It looked like God Particle was going to be passed around various studios, liked but not enough to be made, before finally being made only to fail at the box office.

And then JJ Abrams stepped in.

The director/producer made waves a couple years ago by dropping a trailer for a new movie called “10 Cloverfield LN.” and then announcing the film was coming like a month later. Turns out Abrams had bought the rights to a movie that was already well into production, changed a few minor details and released it under the “Cloverfield” label, connecting it to the 2008 found footage monster movie that he likewise produced. Cloverfield then became a Twilight Zone-esque anthology series, with fans wondering when the next film would suddenly drop.

Word then came that God Particle had been picked up by JJ Abrams’ Bad Robot production company, and speculation immediately rose that it would be the next in the Cloverfield series. The movie was scheduled to release in early February of 2017 by Paramount before being bumped to October of last year. Then again it was bumped to February of this year. Then again bumped to April. Then Paramount sold the rights to Netflix, raising all kinds of red flags that the movie might have been a dud.

Spoiler alert : it is

And yet, Netflix turned around and made chicken salad out of it. How? Strategic Marketing. 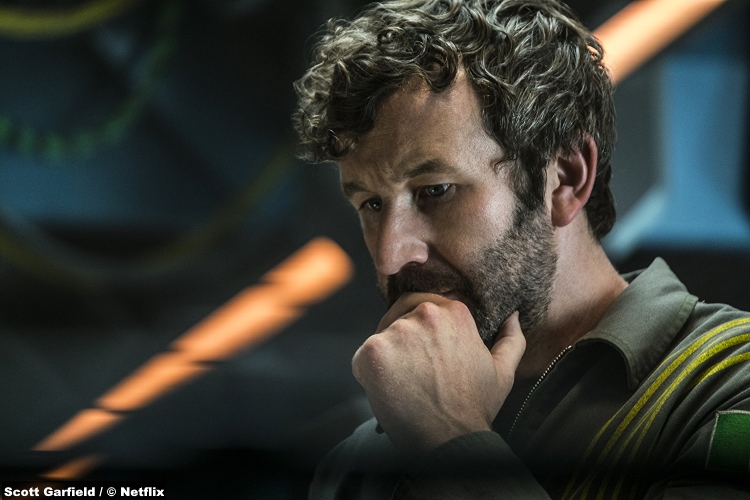 Listen, this is not a great movie. Paramount realized it and that’s why they delayed it to April (where there are few big movies to compete with) and eventually pawned it off to Netflix. The movie is cheap-looking (despite a budget literally twice that of the original and three times as much as the follow-up). The acting is stiff. The dialogue is bland. The editing is horribly choppy, with a first half that’s way too fast-paced and a second half that drags its feet. The tone is all over the place, with one-liners happening at the same time grotesque insanity is occurring. And on it goes like this.

Yet Netflix managed to get more people to log-in and watch it that there ever would have been to buy a ticket to see it, especially once the reviews started rolling in (it’s sitting at a 15% on Rotten Tomatoes). How? Strategic Marketing.

After telling everyone the movie was coming in April, Netflix released a short little teaser during the most-watched TV event of the year, the Super Bowl. They ended it with “streaming immediately following the game.”

Well holeecow, that’s amazing. It got everyone talking and with no advanced reviews, no one knew what they were getting, so everyone jumped online to watch it as soon as the Patriots bumblefarted away the Lombardi Trophy. Sure the movie ended up being “not good” but I have to hand it to Netflix for their incredible ability to sell me on a movie I might otherwise have passed on. They got me. The crazy bathturds got me hook, line and stinker. 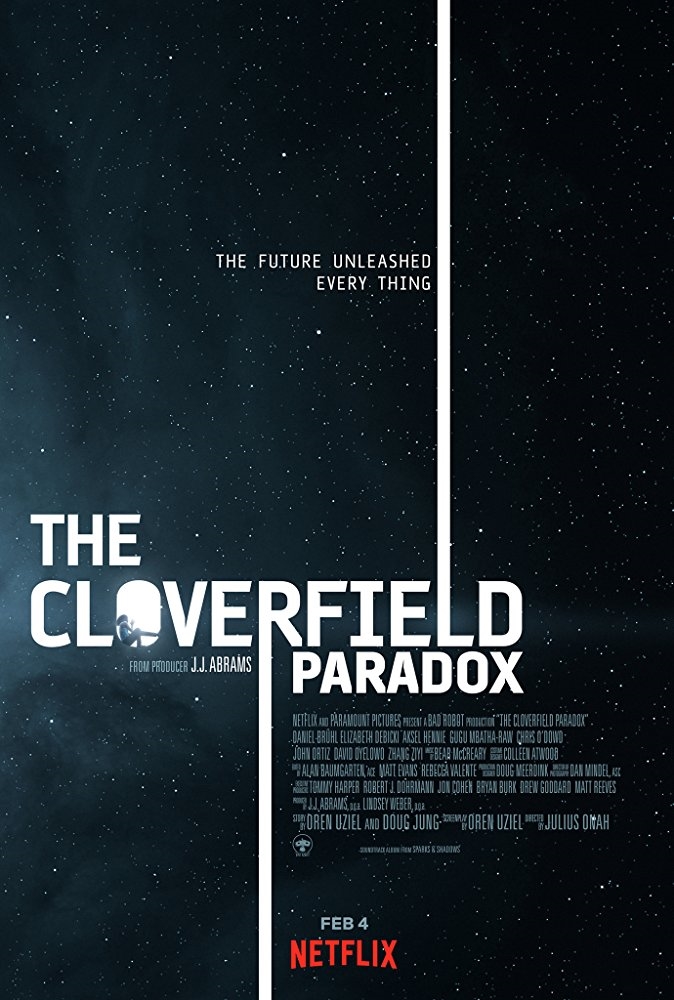 So where does the movie go wrong?

Apart from the flaws mentioned above, the biggest problem is in how the script changed for the worse as a result of the Cloverfield concept being brought into it. In the movie, there is no “other ship” that joins the crew. Instead the experiment sends the crew to an alternate reality in the multiverse (Google it, or just watch that one Community episode). Whereas in 10 Cloverfield LN. the only changes to the core of the story were at the end, here little changes are woven throughout but the seams are obvious, and result in a lot of the tonal shifts and confusing dialogue. It feels like Oren Uziel (who rewrote the movie to satisfy the Cloverfield interests) needed to do one more pass to smooth the transition between the scripts, instead it’s a story that feels too much like what it is: two different stories mashed together. 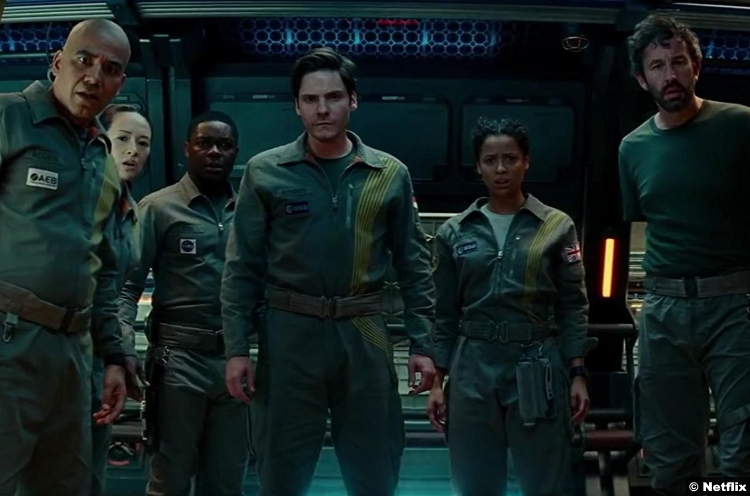 As a result, by the time the big climax occurs, it follows so much seemingly random nonsense it’s hard to be invested in what happens, and by the time the twist ending (if you can call it that) happens, you’re left simply shrugging and saying “oh well.”

I’m not sour on the idea of a Cloverfield anthology series. I think it’s a great way to put lesser or smaller sci-fi or other genre films on the map and to get them made when they otherwise might not be. It didn’t work here because the source material wasn’t strong enough to withstand the grafting, unlike 10 Cloverfield LN., which started out as a great little movie that only needed a few minor tweaks to make work.

Points earned for trying, for originality and for the Cloverfield anthology concept. The first movie was good, the second was great, but this one’s a misfire. 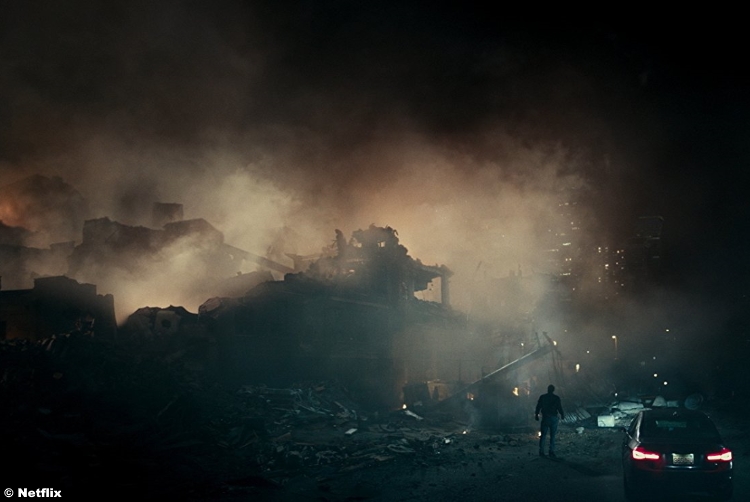 5/10 – Strip away the name and you’re left with a poor man’s Event Horizon without a willingness to go all-in on the crazy.

The next Cloverfield movie is tentatively titled Overlord and is scheduled for release this October. We’ll see if Paramount sticks with that date, or even if they stick with the movie at all.