The Americans S06E10: Start – A fitting end for a series that was both exhilarating and heartbreaking

The key to The Americans success is balance. From the beginning, the show had to juggle two contrasting storylines: the marriage and outward façade of the Jennings that’s used to keep their real identities as Russian spies a secret. Over six utterly brilliant seasons, we have seen the show lean in one direction then another, making truly singular television when both of these contrasting identities merged. The job of the season, and series, finale was to decide what version of The Americans would win. Fittingly, the family version just edged it. 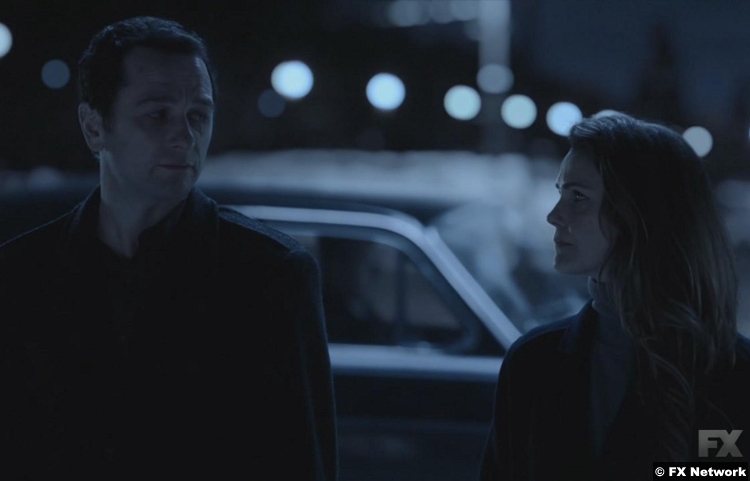 The surprising part of Start is that it is an ending without a body count. Considering Elizabeth’s kill-happy shenanigans this season, it’s frankly shocking that not a single character died. No Stan killing Philip, or Paige killing anyone, or Elizabeth killing everyone, including the Mail Robot. You would think that the lack of bloodshed would be disappointing, but it’s quite the opposite. This bloodless choice is at the heart of why The Americans is, and was such an effective show. Unlike similar morally gray shows like Game of Thrones, Westworld, and more realistic fare like Sons of Anarchy, The Americans never overused death and murder as a plot point. Even when blood was spilled, especially when the person spilling it was Philip, the very act would visibly chip off yet another piece of the perpetrator’s soul; unlike Sons when Jax pretended he was a good guy despite shooting at least three people in the head nearly every damn week. The lack of body count also beautifully re-establishes Elizabeth’s last kill as unquestionably part of the greater good for her country.

From the very beginning of Start, it feels like the trap is closing in on the Jennings. Philip only just escaped the FBI with Elizabeth alerted and on her way with their go-bag. So much of Start is about characters in isolation. Much of the drama comes with showing how vulnerable Philip s alone, whether he’s waiting for Elizabeth at the garage, or getting a McDonalds for Elizabeth and Paige as they are on the run. The same tension runs through Stan’s scenes, as every move he makes in this episode is completely focused on the spies next door. It’s an episode that uses silence as a way of ratcheting up the tension, as Elizabeth and Philip’s level of safety, and secret is shrinking with every passing second. 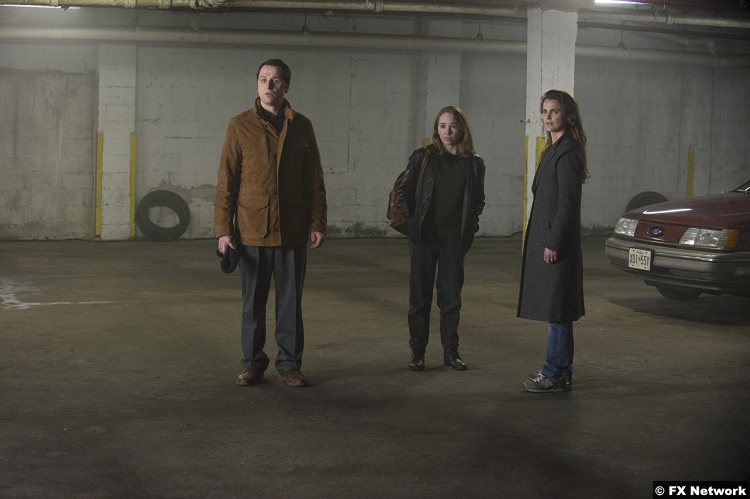 All of this leads to the centerpiece of the episode. Six seasons of build-up as Stan finally faces the reality that his best friends are the spies he’s been after for the better part of a decade. Keri Russell has unquestionably been the highlight of season six but Start belongs to Matthew Rhys and Noah Emmerich. The confrontation between Stan and Philip, Elizabeth and Paige is as pure drama as you are likely to see. The way that Philip talks Stan down from what seems like murderous rage and despair at his friend’s betrayal is utterly convincing because, for once, Philip isn’t working Stan. There is a real sense of relief that Philip can show Stan, the best and only real friend he has ever had, who he really is, how scared he is, and how serving his country has irreparably damaged him.

Stan can relate to this alone, but the genius of The Americans comes by way of the ace in the hole that is Henry Jennings. The DCEU could learn a thing or two for showrunners Joe Weisberg and Joel Fields, because what they have pulled off here is just fantastic. Seriously, this is how you do a “save Martha” moment. Henry Jennings, the kid that had many fans wondering whether he even needed to be in the show in the first place, has just paid off handsomely. Just like that, Stan lets them go. He even helps them escape by keeping this conversation to himself. Stan willingly goes against his country to give Philip, and by extension Elizabeth and Paige, a chance to escape. He didn’t even do that for Nina.

I could go on about questions that the show has failed to answer, though some of them are unanswered for the sheer fun of it. We still don’t know whether Renee was a spy, though if you want to read into Laurie Holden’s almost smirk in her final scene be my guest. Martha’s gun never killed anyone, and Philip never came face to face with his other son in the show’s run. Stan also never found out that Philip killed his first partner. It’s a credit to the quality of Start that the ending works completely without these answers, but there is one more sting in the tale.

Paige Jennings always wanted to be in her parents’ world, even when she didn’t know what their world was. In the end, with the prospect of jail time, though something tells me Stan might intervene, Paige makes the choice to leave her parents behind and stand on her own two feet. By getting off that train, Paige has ripped herself away from her parents and their special world, choosing to be an American along with her little brother. Start’s strongest emotional pay-off is Elizabeth’s reaction at seeing Paige on the train platform.

10/10 – That just leaves Philip and Elizabeth alone but together. From beginning the show with only Philip in love, then slowly bringing them both together, then almost destroying them completely over the course of season six, Philip and Elizabeth are home. Their battle has been lost, the country they fought for has evolved into a nation trying to gain peace, and they are separated from their children. There is something almost maddeningly perfect about the CGI version of Russia in the show’s final scene. Philip and Elizabeth are home, they survived and are reconciled, but the Russia they were fighting for doesn’t exist. The Americans is a tragedy, but it was also one of the best shows on TV.