The Americans S06E03: Urban Transport Planning – In which the zharkoye hits the fan

Season five of The Americans focused mostly on the family drama side of the show, so it’s no surprise that this final season would make up the deficit in terms of spy craft. Even as Philip has been out of the game for three years, Paige has all but taken his place at Elizabeth’s side and Urban Transport Planning begins to deal with the consequences of Paige going further into this life which includes her parents differing approach on how to handle her mistake at the end of last week’s episode.

It’s no secret that Philip and Elizabeth aren’t in the most communicative place in their relationship, and their scenes with Paige highlight this perfectly. Philip, who shares his first proper scene with Paige this season, tells her how he began to deal with the terrible things that he has seen (though he leaves out the part in which he was responsible for some of these things) by using his training from EST in order to feel what he needed to feel. Paige responds by telling her father that she is fine and feels nothing (a chip off the old block), but Philip continues by telling her that she needs to feel the bad feelings, to deal with them rather than pushing them away. This is all well and good until Elizabeth comes home, but she doesn’t enter the conversation as Paige’s mother, instead, she is her commanding officer: blaming her for leaving her post and putting herself and the operation in jeopardy. It’s a harsh lesson, though one perfectly correlating to Elizabeth’s character. It’s hard not to agree with her, even though Paige’s actions are completely understandable, and even if Paige’s future role won’t involve this kind of work. Still, Elizabeth is at fault too. The lack of a replacement for Philip continues to stretch Elizabeth thin as she admits to Paige that she miscalculated with the General. 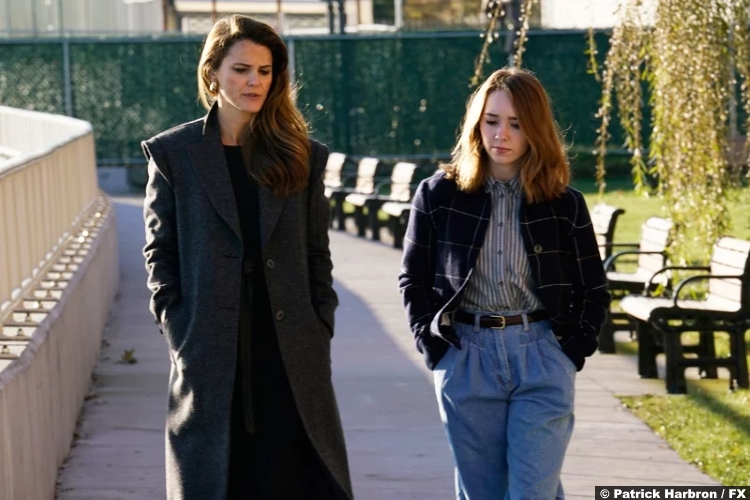 Philip and Elizabeth’s roles are cemented further in Urban Transport Planning. While they share more screen-time this episode it still feels like the space between them is as wide as a chasm. Philip has room to be the nurturing father who wants Paige to stay the night after her shock before Elizabeth overrules him. Elizabeth puts her differences with her husband concisely to the priest who, if memory serves, married them last season. They are leading different lives, living in different worlds, and Paige is in Elizabeth’s.

These differences start to come up more frequently as the USSR continues to transition under Gorbachev. Elizabeth spends time with Claudia and Paige immersing herself in the culture of the country that she’s fighting for. They cook meals, they watch old Russian movies, and every time Elizabeth leaves that apartment her hatred of America is renewed. Philip, who was always more at home with American culture than his wife, has bought into the idea of the American Dream. The pursuit of this has revived him from the zombie Philip we all know and love. Urban Transport Planning gives us a little more insight into Philip’s new reality. In the first episode of the season, it looked like business was booming: the travel agency had expanded, employing more staff, and using up to date technology. The cracks didn’t take long to show up as we are shown how precarious the Philip’s situation is. Along with losing long-term customers last week, we discover that Philip has to pretty much beg to Henry’s boarding school to restructure the tuition payments. 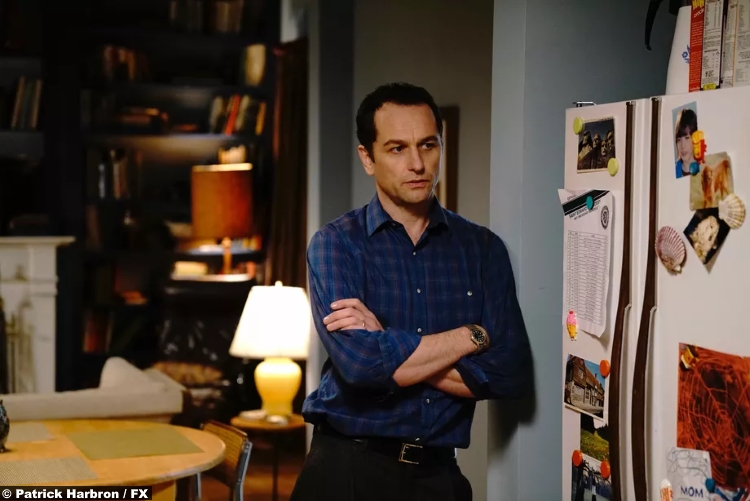 This leads to one of the most bizarre scenes of the show to date. Philip starts motivating his shocked employees with the power of positive thinking. As he was asking what three methods were used to sell one of their holiday packages I found myself trying to answer his questions, I got the part about repeat business if you’re wondering. That’s right, Philip Jennings is so entrenched in the American Dream that he uses self-help, motivational speaking, and did you know Russia might be getting a Pizza Hut? Which brings me to the episode’s best scene. Elizabeth tries to bridge the gap by bringing Philip some zharkoye home even though having traditional Russian cuisine could be deemed suspicious by the G-man next door. Philip genuinely looks delighted but has to confess to eating a lot of Chinese food before Elizabeth came home. Even as he takes a bite the moment is ruined.

While all of this is going on, Urban Transport Planning has a lot of sub-plots to balance. Stan has a busy episode trying and failing to salvage Sophia and Gennadi’s relationship and the access that brings, while also pouring cold water on Renee’s spur of the moment suggestion of becoming an FBI agent. That’s not even mentioning his renewed uneasy relationship with Oleg as the ghost of Nina still connects them.

Stan also knows about the General’s supposed suicide, and even though he doesn’t chase illegals anymore, you can see the old instincts reemerging. This is bad news for Elizabeth as her latest attempt to get those nuclear detection things (they use lithium, I know that) leads to her third murder in as many episodes. Poor Evan, if he had just forgotten to mention his girlfriend Teresa, she works in security, he could have walked out of that hotel room.

8/10 – With a shorter final season The Americans are wasting no time in setting up their season-long conflicts, and it looks as though the prospect of husband vs wife will become a reality as Philip meets Oleg once again.