The Americans: S06E05 The Great Patriotic War – This is getting really ugly

For five and a half seasons the Jennings have been responsible for some truly horrendous things, but few have been as dirty as what transpires in The Great Patriotic War. We’ve seen Elizabeth and Philip commit ugly acts before:  whether it’s poisoning the son of the maid to a government official’s house in order to force her to plant a bug, letting a source murder a young idealistic woman because his intelligence is more important than her life, or destroy families when it’s useful to the Centre. You would think that would make us as viewers feel desensitized to the darker parts of their world but, as The Great Patriotic War shows us, there are always lower places that these characters can sink to.

The Americans is about choices. That’s how you build strong characters, by always giving them choices that can move the plot and their development along. In this episode, Elizabeth and Philip make choices that either destroy lives, or in Philip’s case, save them. It’s not just this episode, the biggest choice at the core of the show was bringing Paige into the fold. It’s true that the Centre ordered them to, but Philip has had very little presence in the consequences of that choice. It’s been established that Elizabeth, who warmed to the idea in a way the Philip refused to, is Paige’s handler, her teacher. The Great Patriotic War makes use of this season’s time jump to open up Paige’s growing idealism and how her parents fit into it. Claudia has been of use in this regard as well, mainly as a person of wisdom and experience, but this only came to be through Gabriel taking himself off the board last season. His parting words to Philip were a plea to keep Paige away from this life, and Philip has dropped the f**king ball in this regard. 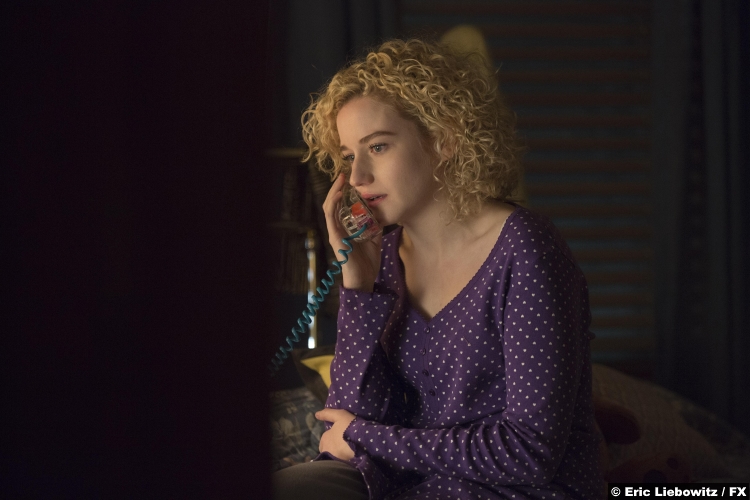 This is where the reappearance of Kimmy slots into place in the overall narrative. First appearing in season three, Kimmy was seen as a point of no return for Philip. Their relationship, which was necessary, so Philip could plant a bug in her father’s office, played out in such a way as to be Philip’s worse nightmare. Kimmy is about the same age as Paige, and her attraction to Philip nearly led to statutory rape; basically, it was almost a case of “anything for the Centre”.  Now Paige feels she is ready for this side of the family business because sex is one of the most potent weapons that a spy can use to build a relationship with a source. Despite Elizabeth’s insistence that Paige shouldn’t go down this road, Paige does it anyway with terrible results. While I was rooting for Paige against the kind of typical asshole that populates student bars, Elizabeth does have a point. Paige has drawn too much attention to herself, mainly because she underestimated what she was up against. But what was she supposed to do? If she has to defend herself then she should, and in any other context, Elizabeth would be accused, quite rightly, of victim blaming. Except this is no ordinary context. 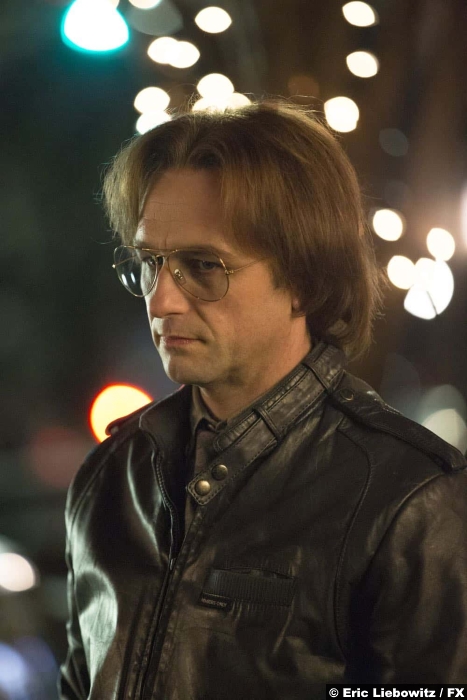 The fact is that sex has a specific function in this show. One of the main points that my partner brought up as she was watching the show for the first time is that if men, and it is mostly men, could keep their dick in their pants and their mouths shut then Elizabeth wouldn’t have half the intel that she has accumulated over the years. One of the most shocking aspects of The Great Patriotic War is that Elizabeth used this skill to butter up Philip, so he could get Kimmy into the kind of trouble that her father would be vulnerable to influence. A moment of reconciliation is turned into Elizabeth manipulating her husband.

Philip agrees and breaks down Kimmy’s defenses by sleeping with her. Just because Kimmy is older now doesn’t make it any less disgusting, and Philip is disgusted with himself and Elizabeth for having done this.  Since this is Philip, you know that he doesn’t work through this in a healthy way. Instead, after Paige’s sparring session with Elizabeth, Philip goes to her apartment and bullies Paige into attacking him. There were many points in the episode where are was audibly wincing at what I was seeing, and this scene was the worst of them. It doesn’t matter that Paige probably learns something useful from this encounter, but there is a difference between sparring with her mother and having her father attack her. The horror doesn’t end there as Elizabeth brutally murders Stan’s witnesses as their infant son watches TV in the next room. Elizabeth has been kill-happy for this entire season, but this is a new level. At the end of it, all this is what The Patriotic War has to teach us: it’s the children that suffer. Paige is going deeper and deeper into her mother’s world, Kimmy is left devastated when Philip mercifully goes against Elizabeth’s plan, and a son discovers the corpses of his mother and step-father losing his innocence along the way. 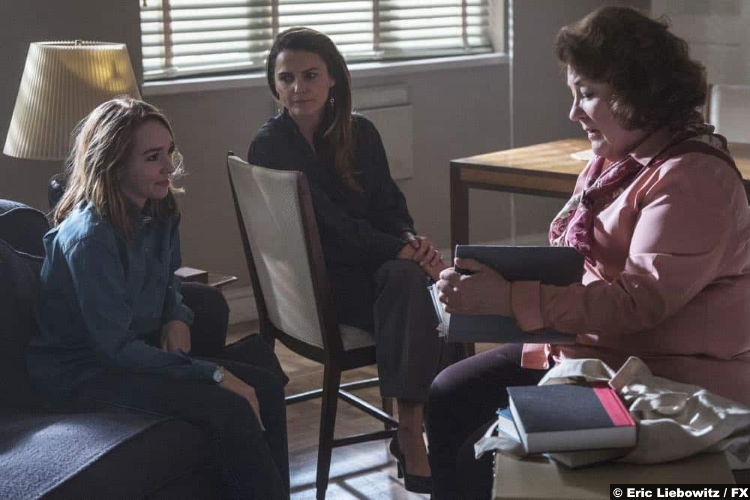 What this means in the long haul is that Philip finds enough humanity in himself to get Kimmy off the hook, even when it would have been in his best interest to go along with Elizabeth’s plan. By not fully destroying Kimmy, Philip has refused the opportunity to get closer to what Elizabeth is into, information that would have been useful to Oleg and Arkady.

10/10 – The Great Patriotic War showcases the strengths that have made The Americans such a wonderful show. It’s dark, uncomfortable, and emotionally grueling at times, but it makes for great television.