The Americans S06E04: Mr. and Mrs. Teacup – There’s something rotten in the Jennings house

The Jennings are in disarray. Philip and Elisabeth have never been further apart: he’s losing money to the great beast that is capitalism, and she is messing up every mission that Claudia gives her. I know that these things aren’t immediately comparable, but the money stuff is all that we’re getting from Philip. Mr. and Mrs. Teacup is an obvious table-setting episode, but The American’s have proved time and again that table-setting can be just as compelling as the main course.

The Mr. and Mrs. Teacup of the title is a reference to the Russian courier couple that Stan has become a reluctant marriage counselor to, but the title also refers to the Jennings and their separate pursuits. If we take the episode’s title a bit too seriously (ok, lets) it describes how fragile Philip and Elizabeth have become now that theirs are so separate from each other. After all, if you drop a teacup on the floor there’s a better than good chance that it will break.

In a lot of stories, the author will create e a character whose main purpose is to state the themes of said story. Most of the time these characters are mentors like Obi-Wan Kenobi in Star Wars or every character that Michael Caine has played for Christopher Nolan. Throughout The Americans these roles have been given to authority figures like Gabriel and Claudia for the Jennings, Arakady for Oleg and Nina, and Agent Gad for Stan. With Gabriel out of the game and Gad dead, only Claudia and Arkady is left in this role. Claudia is a mentor to Elizabeth while she is a mentor to Paige. 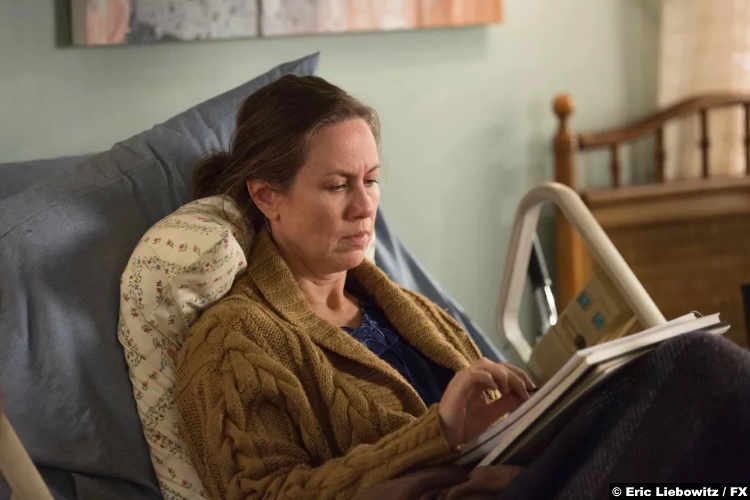 This type of character isn’t exclusive to the mentor as Elizabeth’s time with the Haskards can attest to. Erica is the type of character that could easily feel hackneyed and rote. She’s a dying artist who sees the world through her work while also regretting how the same work kept her from her husband before she became ill. Erica is an obvious parallel for Elizabeth. Her artwork consists mainly of paintings that show human faces that look like they in the process of drowning which is something that Elizabeth could relate to. Working without Philip, trying to meet the Centre’s ridiculously high standards, and mentoring Paige has taken a physical and mental toll on her. 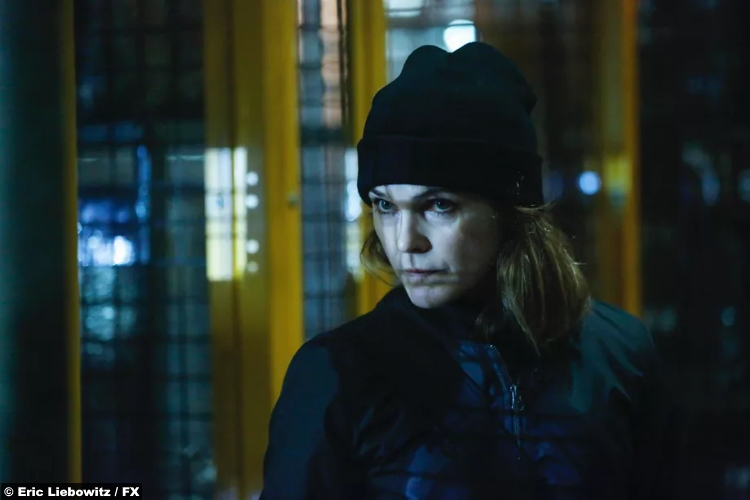 The events of Mr. and Mrs. Teacup didn’t do much to help matters. Getting access to the Altheon Plant meant that Elizabeth had already left a trail of bodies in her wake, and it was all for nothing. In one of the season’s tensest sequences, Elizabeth acts as a one-woman infiltration group with her team, including Paige, stationed as lookouts. The Elizabeth of old was always calm in a crisis, much of that was because she had a trusted and experienced partner in Philip, but when the plan goes bad she loses her cool completely to the tune of three dead guards and no merchandise. The image of her tearing at the plastic-wrapped boxes is horrifying as proof that she’s lost control of the situation. On the bright side, despite failing to get the lithium detectors (I’m still not sure what they’re called) Paige kept her cool and drove away when the alarms went off like she was ordered to. As Elizabeth tells Philip later in the episode, Paige learns from her mistakes.

Thanks to Erica it’s easy to see what the main theme of Mr. Mrs. Teacup wanted to convey. Every relationship in the episode was defined more by work that love. Paige’s decision to leave her mother, despite wanting to make sure she got out safe has brought them closer. With years of Elizabeth lying to Paige, it’s obvious how much they have come together for a shared purpose. The downside of this is that Philip is out in the cold.

Which brings us to Philip’s American Dream going bust. Thanks to the need to keep growing, to keep the momentum of success going, Philip has overreached himself. The consequence of this is that Henry will miss out of senior year at his boarding school, although I would bet that his past relationship with Stan may come in handy for tuition. The point is that Philip has been duped, the master spy isn’t a master businessman. There is a lot of father/son dynamics at play in this episode. Philip and Henry, Oleg and his father, and Stan’s father’s sage advice: “The more you want, the more you get, and that’s both good and bad.” 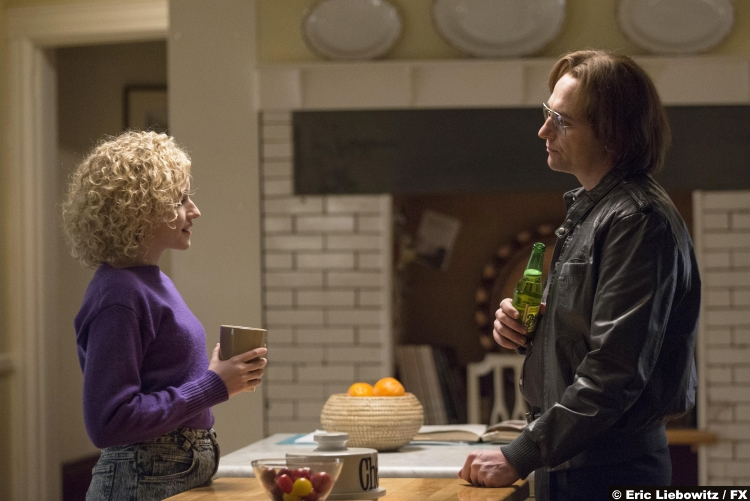 The point is that the work is the most important thing, but it can also drain you. Oleg is a shell of a man who clearly misses his infant son, but his call to his father has to move on to a coded message. Stan has tried and failed many times to form a relationship with Mathew, and Henry has always felt like the forgotten Jennings. The most telling example of this theme is the continued distance between Philip and Elizabeth. Elizabeth even tells Paige, after Philip has stormed out in a huff, that their relationship lost something along the way.

9/10 – The Americans is the home of the best table-setting episodes. It achieves something that is rare in that the set-up is just as interesting as the pay-off. Of course, I’m desperate to see Elizabeth try and kill Stan’s witnesses (remember that Stan was the person who shot her at the end of season one), but I’m in no rush as long as the show keeps digging into the core relationships.