The Americans S06E06: Rififi – A hard watch for Jennings lovers

With only three episodes of The Americans left after Rififi, the show has quickened the pace at just the right time. The show achieves this by bringing on the perfect storm that is this latest episode. Rififi has a lot more Stan, the most of Henry we have got all season, the final bow of poor Stavos, and Philip and Elizabeth enjoying the worst period their marriage has ever seen. Rififi pulls all of these disparate threads together by using the most organic way of bringing mostly everyone together through Thanksgiving weekend. The Jennings are under one roof for the first time this season, and it’s punishing to watch.

FX shows are technically allowed to use the F-word maybe once a season, and it needs to be an important use of that word to feel anything other than cheap. Ok, that’s my theory that I’ve picked up from watching lots of FX shows, but the point is that the F-word is still a big deal when it’s used outside of cable and Netflix. Both Elizabeth and Philip’s utterances of this word brilliantly telling of their emotional state. Now, I’m Scottish and I use the f-word in every sentence that I can get away with to the point that it means f**k all in real life. That’s happily not the case for The Americans. So, let’s analyze the importance of our favorite Russian spies and their bad language.

Rififi starts very much as it means to go on: with a profound lack of grace from both Philip and Elizabeth. The argument begins with Philip bringing up the murder of Stan’s witnesses and the traumatized boy that Elizabeth left behind. This was a heinous act, and it was shot that way, but Philip’s judgment is rendered hilariously hypocritical when looking at the death he has caused in the past. It’s an understandable problem to have, but the boy left behind isn’t that big a factor. That sounds callous but his presence at the murder of his mother and step-father doesn’t make their deaths more important, or worse, than anyone Philip has killed. Elizabeth feels that hypocrisy and attacks Philip with it by basically calling him less of a man than he used to be. This culminates in Phillip telling Elizabeth that he isn’t helping her with Kimmy. He was but couldn’t after finally crossing the line with Kimmy. Elizabeth accuses Philip of just wanting to f**k Kimmy and this is where we truly see the chasm that has opened up between them. Remember in season three when Philip was first infiltrating Kimmy (and yes that sounds as disgusting as it turned out to be) when Elizabeth was Philip’s rock. She knew how much it hurt Philip to do this to a girl his daughter’ age which made her the perfect support. Fast-forward to now and that tenderness is sacrificed for a cheap accusation. Also, Philip can shove his self-help bullshit up his ass. I really hate it when mummy and daddy spies fight. 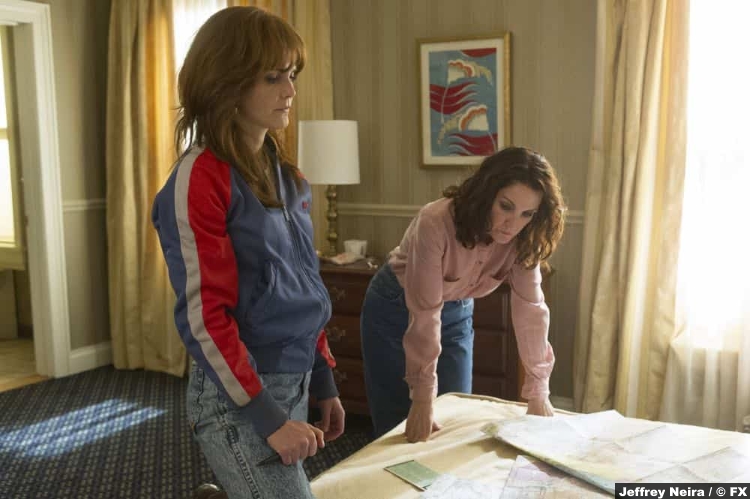 Now it’s Philip’s turn, and this time it isn’t anything to do with Elizabeth. Instead, it’s in one of those Americans scenes that skillfully show the character’s mindset through an apparently mundane task. While trying to bond with the returning Henry, Philip takes his son to play a racing game that I believe was something to do with Scalextric. Scalextric was about control (something that went in one ear and out the other as I deliberately crashed all my cars as a child) and Philip continually messing up the final bend and shouting F**K! It’s a family place Phil, not cool. Philip is increasingly feeling like a failure. He can’t pay for Henry’s school, he has to fire Stamos and two other people for the travel agency to stay afloat, and his wife now feels more comfortable sleeping in Paige’s room than with him. 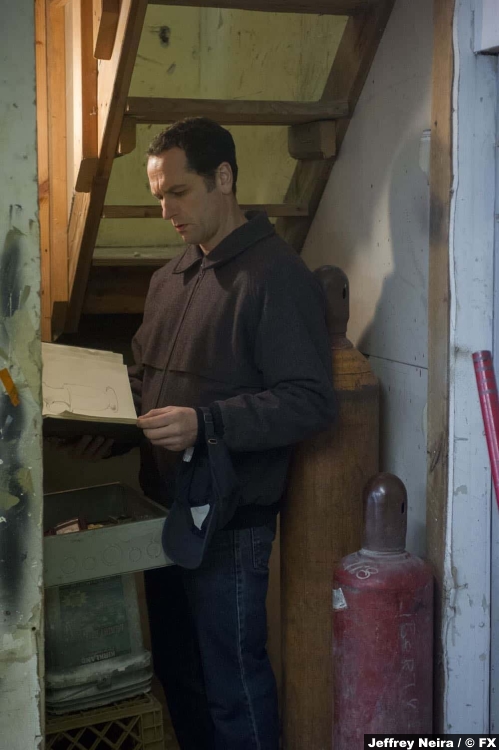 Both of the Jennings are spiraling, caused by the lack of the strength that their partnership brought to the table. Rififi is considered to be one of the best heist films of all time, and its appearance in The Americans is for another brilliantly simple purpose. Every heist film is obsessed with the idea of one last job, and at the end of this episode that is exactly what Philip is doing. Thanks to some off-screen luck, Stan is on the trail of a bona fide illegal from Chicago. Claudia lets Elizabeth know that this guy must be rescued or killed before capture. Elizabeth seems to know that this plan stinks, even calling Henry for a chat before she proceeds. Even Henry remarks to Philip that this is a rare occurrence. There’s a good bet that this will be the job that goes bad, that this will be the time that Stan finally discovers he’s been hoodwinked by the very people he was chasing for nearly a decade. The Americans now has the feeling of dreaded inevitability. Even so, Philip has volunteered his skills, though there is no way of knowing the details of the code he sent to Oleg.

9/10 – Rififi is a hard watch for Jennings lovers, but it does expertly turn the screws as both Philip and Elizabeth are trying to survive the hells of their own making. Also, keep an eye on Renee, there is still something weird about her presence in the show.