“Tchaikovsky” is an episode of The Americans in which all of the quality writing appears in the A-plot. Elizabeth’s increasing discomfort, due to her current mission of trying to undermine the upcoming peace summit, is utterly compelling, the rest of the episode doesn’t come close to matching it. That’s not to say that the diversions with Philip and Stan’s differing work troubles weren’t useful to the themes of the episode: they were. It’s just that this episode is clearly a showcase for Keri Russell, and she’s absolutely brilliant.

“I keep asking what the odds are.” Elizabeth says this to Claudia in one of the debriefings and Claudia, the pro, tells Elizabeth not to do that. It might be as simple as that. One of the strongest parts of The Americans is how we as viewers are allowed to dig into Elizabeth as a character. Compared to Philip, Elizabeth has always been the good soldier, loyal to a fault (as she and Philip learned when Claudia kidnapped them in season one). With Philip, we could see how all of the lies, the secrets, and the murder took its toll on him. Elizabeth, on the other hand, always seemed much more comfortable doing her job. Even though they are Russian spies, the very fact that the Jennings are the leads of The Americans means we can follow them to darker and darker places. 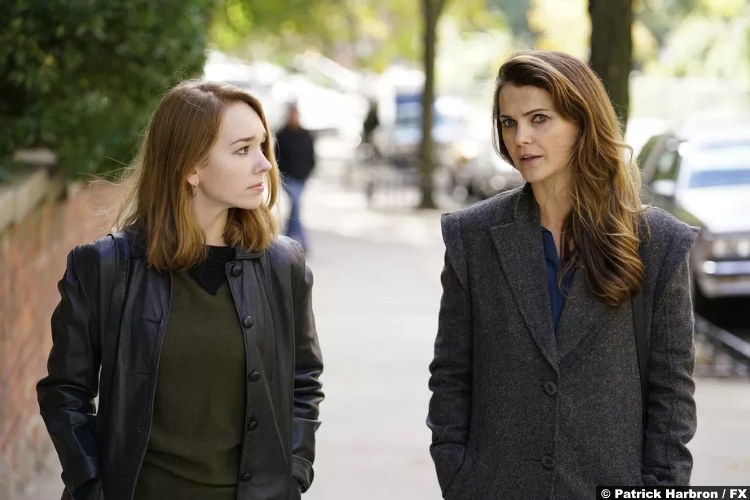 There is still this question hanging in the air: how does Elizabeth keep doing this for what has been at least 20 years? It could be as simple as not thinking about the odds, especially with Elizabeth spread so obviously thin without Philip. “Tchaikovsky” is an episode full of close calls for Elizabeth, whether it’s on the job or with Paige. She knows how precarious her situation is, and just how dangerous her missions have become. Before she infiltrates the state department to meet an unknowing collaborator (which is kind of like infiltrating the Deathstar, except the security have a clue) she tells Claudia to finish Paige’s training. Elizabeth has planned for the end before, though back then it was about getting Paige and Henry out of harm’s way. Now, despite how much pressure the Centre is putting on her, she makes Claudia promise that Paige, instead of escaping, becomes fully integrated as a 2nd generation illegal.

Throughout “Tchaikovsky” Elizabeth’s operations all hit a snag, two of which are life-threatening. The first is in her role as a nurse for the wife of Glenn Haskard. Through a bout of excruciating pain, Elizabeth discovers the couple’s plan for assisted suicide. Elizabeth immediately turns this to her advantage as she offers to help Glenn and his wife when the time comes. The snag is that, according to Claudia, the Centre needs Elizabeth in this role until the summit, which at this point is two months away. This may be too long for Glenn’s wife to wait. 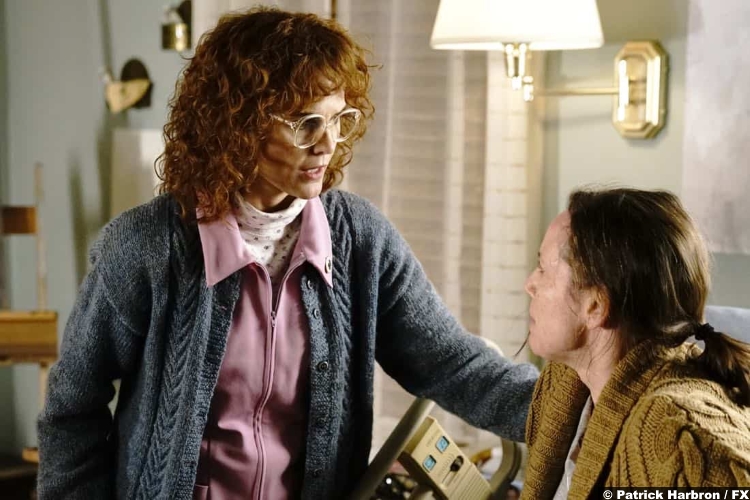 The next problem comes from the aforementioned State Department infiltration. Typically, Elizabeth handles the situation, which involves approaching security guards, with style as she uses her mark’s need to impress and accommodate her to her advantage. The information she gets due to this is possibly earth-shattering: reports from in and around the Oval Office suggest that President Reagan is going senile. I say earth-shattering, but Claudia is there with the proverbial bucket of cold water as she reality checks the hell out of Elizabeth and us. According to her, this information could have no value at all. She doesn’t say why exactly, but America is an old hand at keeping the truth about their President’s incompetence out of the public interest. Well, until Twitter.

The biggest problem comes in the form of General Rennhull, who last appeared in the show in season two when he was just a Colonel. It speaks volumes about how much the stakes have been raised throughout the five previous seasons. General Rennhull qualified as important enough for the first season finale, but these days he is merely an obstacle. His last contact with the Russians left a bad taste in the General’s mouth, not to mention a man dead. So it’s not a surprise to us when he pulls a gun on Elizabeth. What is surprising is the brutality of his demise as half of his head is now all over Elizabeth’s face. It’ll be much harder to let Paige down easy on this one. 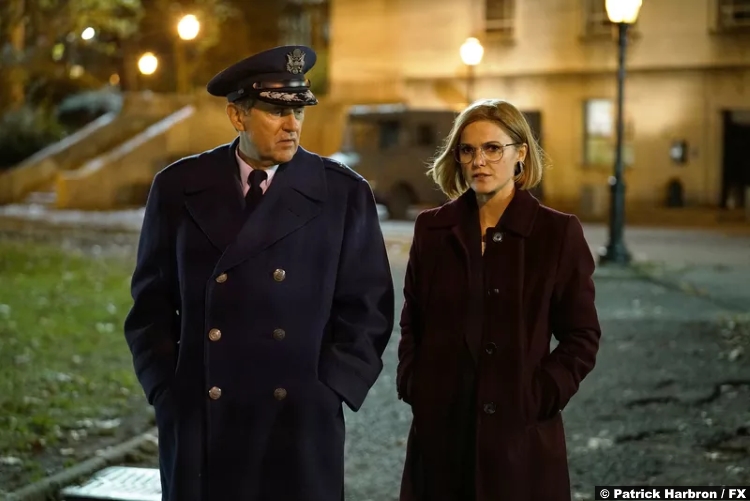 Elsewhere in “Tchaikovsky” Philip is feeling his own sense of isolation. Elizabeth is emotionally cut off from him, the house is usually empty, he lost a customer (which in itself shows you how much his priorities have changed) and he hasn’t shared a scene with Paige so far this season. At least he can talk to Henry, even if he is at boarding school. As much as Philip’s plot contrasts nicely with how isolated he and Elizabeth have become from each other, you have to wonder why Philip is sitting on Oleg’s information. I know Elizabeth isn’t the most communicative at the moment, but this seems more like prolonging the drama even when it detracts from the show’s logic.

As for Stan, well, as soon as he shares a scene with Oleg I will pay him more attention. Even so, his sequence with the couriers provided the exceptional music choice of Talking Heads “Slippery People”. I recommend the live version from Stop Making Sense, and you can thank me later.

7/10 – “Tchaikovsky” works best as a character study of Elizabeth, with Keri Russell as the focal point of this season, at least so far, has been a choice that has paid off handsomely.