The Americans S06E07: Harvest – Philip’s back in the field and Stan is starting to get a clue

In the six seasons that The Americans has been on television Agent Stan Beeman has been both off and on the trial of the Russian spies that, unbeknownst to him, live across the street. There have been a few close calls over the years: season one featured Stan the Man breaking into his new neighbor’s garage in the first episode as well as shooting Elizabeth, again unbeknownst to him, in the season finale of that year. Since then Stan can be forgiven for being a little distracted by his own plots even as Philip and Elizabeth continued to evade capture; his boss and his partner were the guys who got the closest and they were viciously beaten by Elizabeth as a result.

There are certain things that a show such as The Americans has to continually pull off to keep fans from basically calling bullshit. Prime among these challenges is to keep Stan away from the truth about his neighbors and friends in a way that doesn’t make him, or the FBI in general, look like complete idiots. This was one of the main problems faced by the serial killer drama Dexter which, for eight seasons (half of which are great, the other half not so much) made every cop that Dexter worked with look like incompetent fools. One show that got this right from the beginning was Bryan Fuller’s Hannibal which basically let the serial killer cat out of the bag at the end of its second season, though most of the character’s around the debonair cannibal suspected the truth about him long before that. I bring these examples up to show that The Americans has found its own way of keeping Stan’s ignorance believable for so long. First of all, he spent three seasons dealing with the mess that he created with Nina, season four and five in a turbulent plot with Oleg, and he caught a defector that was actually still a spy for Russia in season three. The man has been busy. 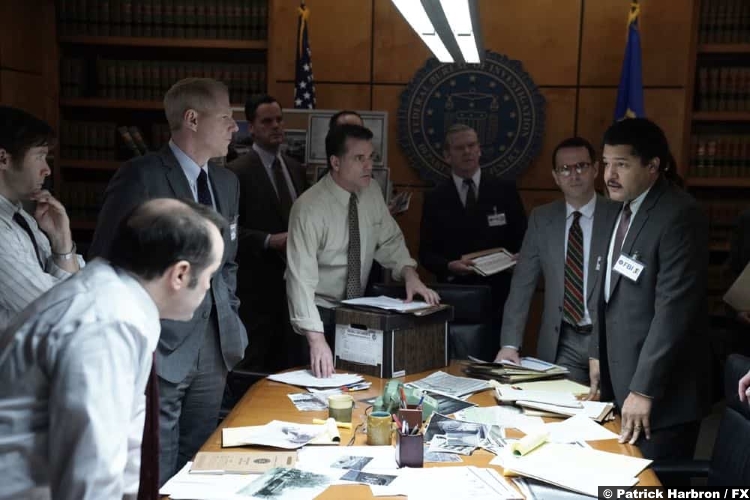 The other way that this plot has remained credible is that Philip is a really good spy, by forming a deep bond with Stan Philip has become his best friend. All of this is held together with some excellent writing meaning that The Americans never had me questioning whether Stan was a tad slow on the uptake. Additionally, The Americans is also deft at signaling when Stan’s spider sense begins to tingle. Stan is a naturally paranoid person, it’s what makes him so good at his job, and the show signals the moments when a certain penny begins to drop in interesting ways. There is a dream sequence from season two that features Stan’s ex-wife having sex with the KGB officer he killed in the FBI office, but the most important detail was in the background of this nightmare: Martha taking files off of the mail robot when no one was looking.

In Harvest, the point in which Stan clicks is much simpler. As Philip tells Stan that he has to go to Houston to help Elizabeth with a client, he mentions the Jennings comings and goings at all hours. Philip manages to keep Stan off the scent by telling him that the business is in trouble, but Stan follows the hunch through by subtly pumping poor neglected Henry for information before breaking into his friend’s house looking for spy stuff. This is a huge moment for the show, and the plot thread is left tantalizingly open for the final three episodes.

Which brings us to the Jennings’ ill-fated trip to Chicago. Philip is back in the field thanks to Elizabeth asking him for help even though she wasn’t sure he would come. We know that these two have been in tough spots before, but there is a deeper feeling of mortal danger here as each act before the operation could so easily be their last: their last supper, the last time they share a bed, the last time they confide in each other. 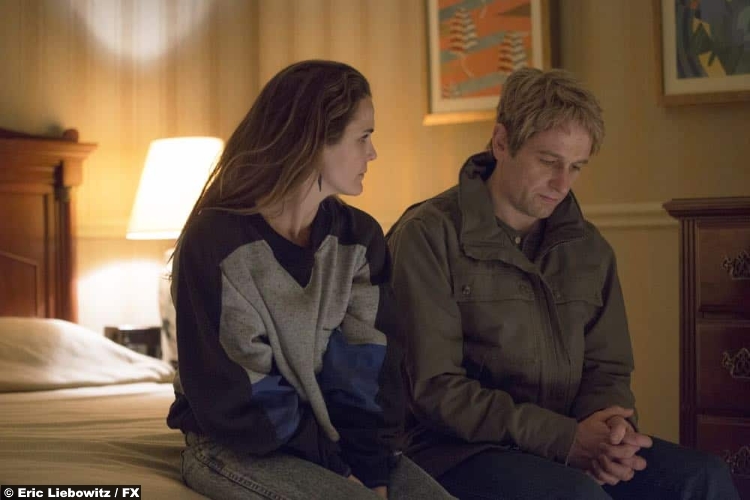 The operation to get the agent known as Harvest out from under the nose of the FBI surveillance team is a disaster. Two FBI agents are killed, along with Harvest himself and Marylin. The entire operation is thrilling but also viscerally tense. Silence is the key to this tension as the sound design of the episode plays a big part in contributing to its dangerous atmosphere. This, along with Keri Russell and Matthew Rhys’ outstanding wordless performances culminates in one of The Americans most shocking sequences. After escaping the FBI to a garage that the dying Harvest suggested Philip’s old instincts kick in as he finds a brutal way to get rid of evidence that could lead back to them. This involves cutting off both of Marilyn’s hands and her head with a fire axe, so the feds can’t run fingerprint and dental records checks. Again, the sound design is key as the dull sound of the axe hit the concrete underneath Marilyn is the cue that this messy job is done. 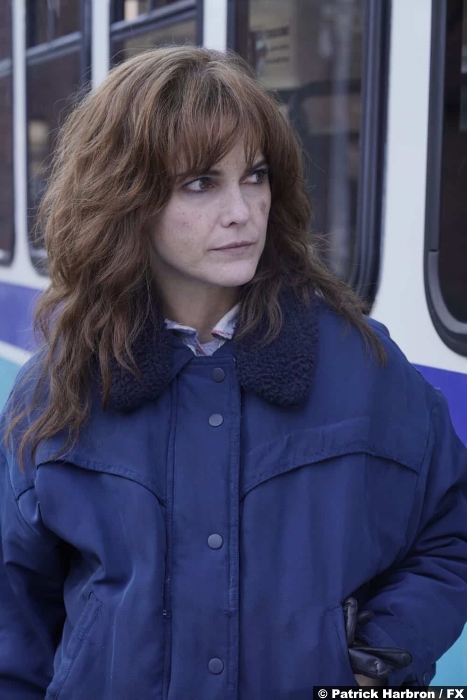 Harvest ends on a surprising note as Elizabeth debriefs Paige on the Chicago operation. At first it seems that Elizabeth is actively trying to warn Paige off this life, even saying that Philip’s similar decision when he was younger than Paige to join the cause was the wrong one. Of course, this is really Elizabeth’s method of galvanizing Paige, of motivating her to take the next step through the type of manipulation that only a mother can pull off. Paige is ready to take the next step and infiltrate the American government, but Stan isn’t as far behind as he once was.

9/10 – Another tremendous episode that sows the seeds for the endgame while remaining thrilling in its own right.