Before we get to this week’s episode let’s talk about Brienne. Gwendoline Christie’s badass knight is an immensely popular character to fans despite the fact that the show can’t seem to give her a definitive win.

As mentioned in past reviews she has a spotty track record when it comes to her oaths. She swore to protect Renly: dead, she swore to protect Catelyn: dead, she swore that she would find Sansa: got there eventually, swore to kill Stannis: it happened off-screen because that episodes director thought his death would be too much, which is laughable considering the amount of brutality we’ve seen the shows female characters go through. But it was her defeat of the Hound, the truly formidable Sandor Clegane, that proved that she was even more dangerous. Now, in an episode that only mentions her in passing, it turns out that she failed at that too. Despite the fact that the Hound brings some welcomely intense comic relief his cheating death undermines Brienne in a show that seems obsessed with doing just that. Maybe Brienne has more in her future than a gruff romance with Tormund (I know you’re all shipping them), but Game of Thrones need to do something about their Brienne problem.

So let’s get to this week’s episode, which is definitely an improvement over last week but not by much. There are certain episodes of this show that, while still being better than most television, highlight its flaws rather than its strengths. Don’t get me wrong, The Broken Man is a fine episode of television, but it’s just fine. And for a show like Game of Thrones fine is sometimes a little frustrating. 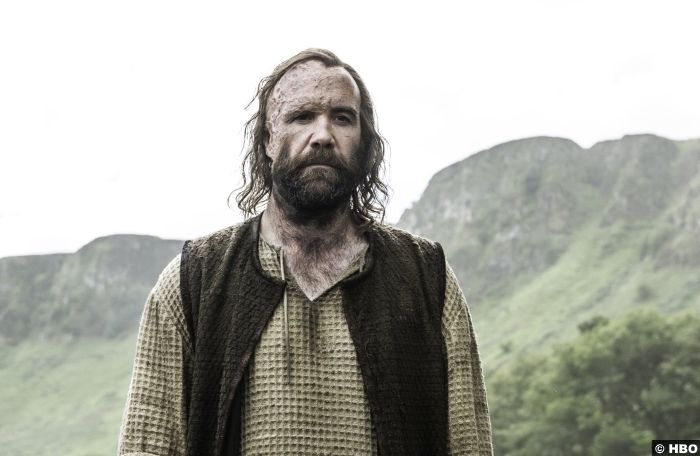 We begin with the Hound. Taken, as we later find out, from the edge of death by the wonderful Ian McShane, he joins a community and helps build what I assume is a church. Even in this remote place the Hound is somewhat of an outcast, he frightens the men and women, and mostly keeps to himself. It’s through some gruff conversations with #Ian McShane’s holy man that the former knight is slowly brought back into the world. He saved him from death because he believes the Hound has a purpose. He’s right, except his purpose is to avenge the death of the people that made a home for him. In a quietly brilliant scene McShane tells his followers about his past misdeeds of murder, arson, and generally being a Game of Thrones character. He states that he was worse than an animal because animals abide by their nature where as men betray theirs when they act in such a way. His eventual death, at the hands of the kind of men he once was, fuels a new sense of purpose in the Hound, making him a wildcard for the back end of the series. 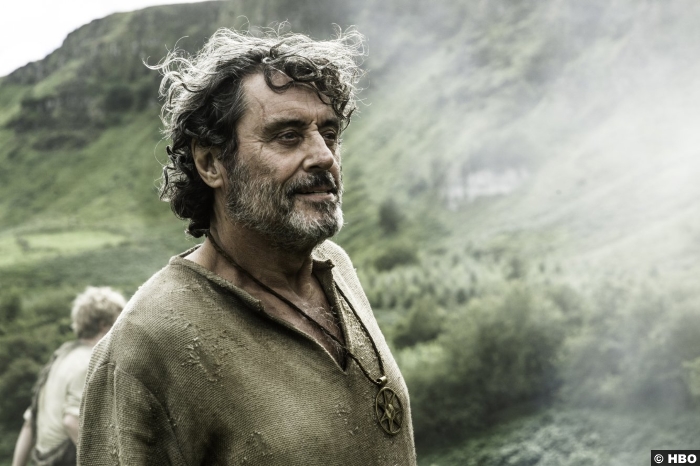 The Broken Man showcases the pitfalls of a show that is as ambitious in its storytelling as Game of Thrones. The world of the Seven Kingdoms is a large one that since season one, has only gotten bigger. Binge watching the show is a pleasure as its long-form and scattered storytelling suits the format. But watching it week to week, and spending, in some cases, only a few minutes with each character can be a slog.

Take the Greyjoy’s, last seen fleeing their mad usurping uncle, Theon and Yara, take a break on the way to Meereen for some shore leave. Amongst the men and women enjoying their carnal pleasures Theon sits alone. These pleasures used to be his bread and butter but thanks to Ramsay one of the things, both literally and symbolically, are gone. Without these appetites he feels closer to Reek than a true Iron born. Luckily Yara has a pep talk ready for him. It’s a good scene, and from a characterising point of view, a necessary one for Theon. But that’s all we get from them. One scene, and no Meereen. We have to wait another week for this plot to get going properly. Now don’t get me wrong, apart from Dorne, the show always rewards the viewer for keeping with the show. Our reward is coming but our patience is being sorely tested.

As is Jon and Sansa’s who are on the campaign trail this week. Apart from the Hound this episode spends the most time with the Starks and Ser Davos. Each has to provide the party line: Jon has to assuage some Wildling doubts, Ser Davos convinces the young Lady of the Bear islands to fight for the Stark cause, and Sansa fails to convince the Glovers. Sansa has had a great season but it’s important for the character to still have obstacles. Both Jon and Ser Davos have the advantage of being warriors convincing other warriors to be warriors with them. Sansa is cunning but her lack of experience in these matters shows that there is always new things to learn.

Sansa could use some more lessons from Margaery, who seems to be playing her own game with the High Sparrow. She shares another masterclass scene with Jonathan Pryce this week as something akin to equals. That is until the High Sparrow reminds her of her wifely duty to her king. Natalie Dormer has an uncanny ability to make you believe her even when the plot tells you that she’s manipulating you. When the High Sparrow points out that her freedom is contingent on the misogyny of both the crown and the church she takes it gracefully.  The symbol of the rose that she sneaks her grandmother is a baited promise that she, and the Tyrells, will win through. 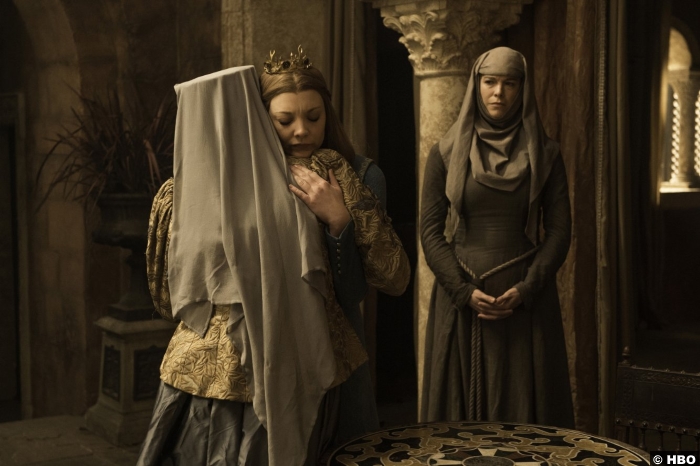 The same cannot be said of Jamie and Arya. While their plots aren’t really connected their fates seem the same. Jamie seems doomed to repeat his aggression against the much cannier North. Arya is the same, left bleeding to death at the hand of the Many-faced God. Both characters believe themselves to be the hero of their own story: Jamie as a great knight, and Arya as a cunning warrior. If Game of Thrones has taught us anything it’s that there are no real heroes left.

7/10 – The Broken Man continues to slow the season down, but with some shocks, and great performances the stage is set for the final three episodes.