Game of Thrones S06E04 Review: The Book of the Stranger – Best episode of a stellar season (so far).

We’re nearly half way through this season of Game of Thrones, and by the Seven Kingdoms it’s been a belter. Any early fears of a repeat of season fives seven episode build-up, three episode pay-off have been left in the dirt by The Book of the Stranger.

The episodes title is a clever bit of irony from David Benioff, and DB Weiss as characters are reunited with each other only to be shown as unrecognisable from their former selves. There is a lot about the episode that rings familiar from plots of the past, but these similarities are used to highlight the difference between the past and now.

Take Jon and Sansa. Their reunion is one of the most heartfelt moments the show has pulled off. I was genuinely a bit teary until I remembered what show I was watching and the fear smashed its way back in. These two Starks, because everyone considers Jon a Stark, are together again, and it’s the scene they share after Sansa’s arrival that shows just how far these two characters have come. They reminisce about the day they all left Winterfell, the day everything went wrong. They remember how they were with each other: Sansa, a spoiled brat, Jon, a sulky emo, and it’s this contrast that really brings home a new-found familiarity with each other. They speak to each other with the warmth of family, but also with a mutual respect of the hardships they have both endured, which solidifies their new bond. It’s Sansa’s strength (a startling reminder that she is indeed Caitlyen’s daughter), that pushes Jon into action again, with a little help from a letter from everyone’s favourite psychopathic ruler, let’s call him Fondest Regards, Ramsay Bolton this week. Jon started the episode a despondent former commander, and ends it with the urge to take back the Stark’s rightful place at Winterfell with Sansa by his side. 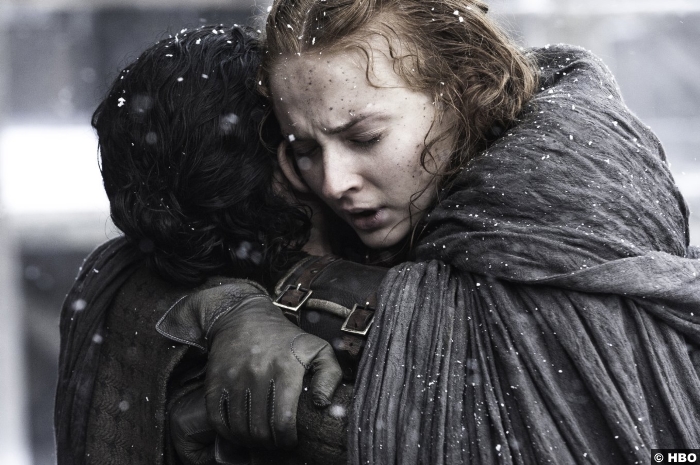 Speaking of Sansa, Sophie Turner has had one of the most uniformly excellent female performances this episode. Each of the women of Westeros had a chance to shine this week. Cersei used her skills of manipulation and information-gathering through King Tomen to weed her way back into the king’s small council. Despite her hatred of queen Margaery, Cersei was happily willing to use her rescue from the High Sparrow’s dungeon as a motivator for change in the capital. Margaery resisted the High Sparrow’s suggestion of casting off her privileged life and showed the kind of steel and perseverance in the face of her brother’s weakness that reminds us that once she’s free there will be a reckoning with those who put her there in the first place.  Brienne happily bragged to Melisandre, and Ser Davos, that she provided the killing blow to Stannis- she’s finally making some headway with her oaths after a disastrous start so, yes, Brienne brag all you want, you’re a badass! 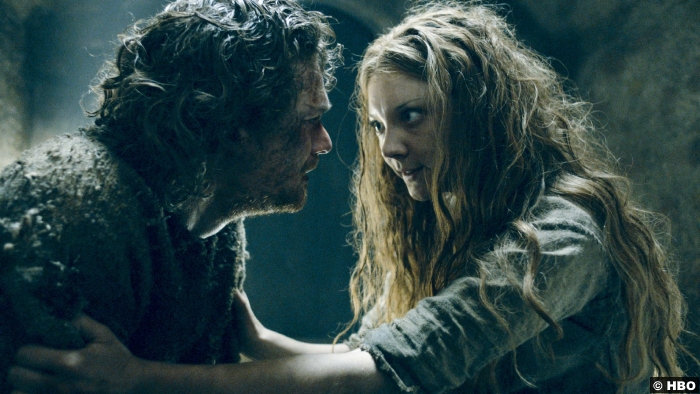 Then there is Daenerys, whose scenes superbly highlighted a subtle trick that is apparent in the entire episode. Like the scenes with Sansa and Jon, Daenerys story harks back to the beginning of the series. When she was last with by the Dothraki she was a pawn, a bargaining chip between her brother and her soon –to –be husband, with very little agency of her own. This time she is the Breaker of Chains, the Mother of Dragons, and she faces the Dothraki warlords without even flinching, unaffected by their casual mentions of raping her. In the first season and onwards she has gain victory through her dragons, but not this time. This time it’s all her own doing, burning her captors to death and emerging like some sort of fire Goddess to a fearful kneeling populace. It’s a scene that mirrors the end of the first season when her dragons were born, holding them naked and shell-shocked, except this time there is only triumph in her eyes. 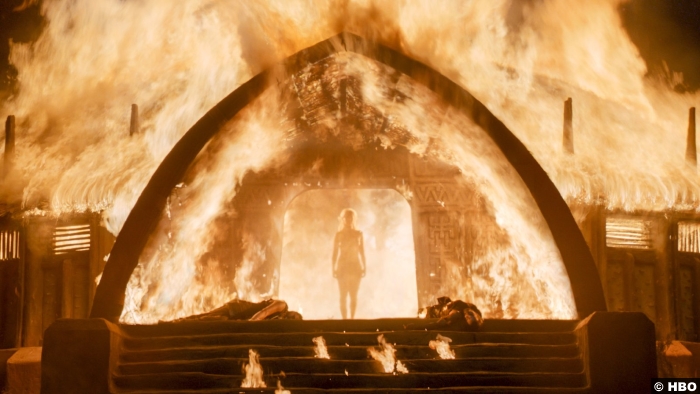 This trick continues with Tyrion who is trying to stop a war between Meereen and its surrounding enemies by using his skill that made him essential to King’s Landing. When others fight, he talks, and compromises, something that’s new to Greyworm who has the black-and-white morality of an effective solider. But Tyrion avoids all-out war. His methods may be strange to those of Meereen but they may have helped save the city.

As one schemer tries to avoid war, one openly invites it. It is my pleasure to welcome the return of Littlefinger’s accent, so sorely missed but never forgotten. Littlefinger, or Lord Balish to his own reflection, returns to Runestone for his nephew, Lord of the Vale. In a devilish scene he manipulates his nephew’s ward to commit to war against the Boltons by suggesting that he betrayed Sansa and Littlefinger’s route of travel. Appealing to his nephew’s adoration, Littlefinger suggests sparing the ward’s life since he may be of use later.  I’ll admit it took me a second to remember that it was Littlefinger who gave Sansa over willingly. That’s what good manipulators do; they make you question the truth. 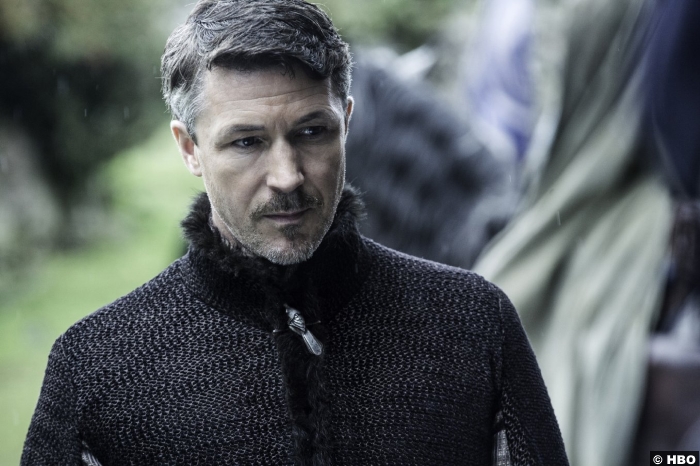 Another returning son is Theon, who funnily enough has a genuine claim to the Iron islands. In another deft piece of mirroring he returns to find his sister questioning his very identity. In their first meeting she had all the power by concealing her identity to see what kind of man her brother was. This time she’s afraid of his intentions because that man who she had the measure of is gone. She’s afraid of what his return might mean for her own claim, except Theon has no interest in ruling. He is still mostly Reek, and Reek lives to serve. 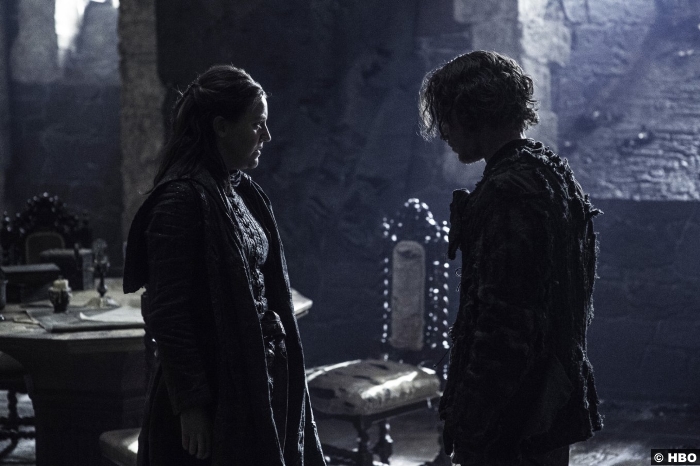 9/10 – An episode like The Book of the Stranger is a major reminder of why Game of Thrones is still so popular-it’s characters, it’s dialogue, it’s set pieces, all of which were top notch in the season-best episode. And there wasn’t a dragon or a Whitewalker in sight.