After the shocking death of Chadwick Boseman, MCU head Kevin Feige and Black Panther director Ryan Coogler were faced with answering some hard questions. Black Panther, specifically the character of T’Challa, is a pivotal character in the Marvel universe of comics and was poised to be the same in the MCU. With so many of the OG heroes retired or dead, T’Challa’s Panther was well positioned to be seen, along with Spider-Man, Thor, and Dr. Strange, as the leaders of the next generation of Avengers going forward. After Boseman passed, and after people took the appropriate time to mourn his loss, the question turned to what next: Do they recast the role of T’Challa, treating it akin to James Bond or Batman? Ultimately, they decided not to go that route, fearing a negative backlash. 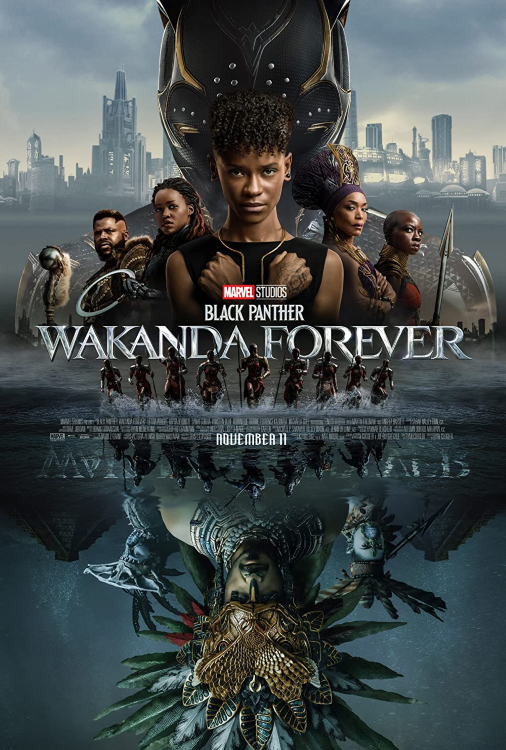 As it turns out, that’s exactly the theme of the movie. Yes, there’s a plot—about Namor and Talokan wanting an alliance with Wakanda to take over the world and, failing that, a war with Wakanda to eliminate their biggest geopolitical rival—but the heart of the movie is about processing the death of T’Challa, and, in a meta way, Chadwick Boseman. That is a tremendously thin tightrope to walk. Fall off on the one side and you come across as exploitative. Fall off on the other and you have a movie that’s weepy for the sake of it.

Amazingly, director and co-writer Ryan Coogler skipped from one end of the tightrope to the other with nary a misstep, deftly juggling the need to pay tribute to the fallen star, the need to drive the story of the movie forward, and the need to sow seeds for future movies in the MCU, all without dragging things down or making a mess of it all. 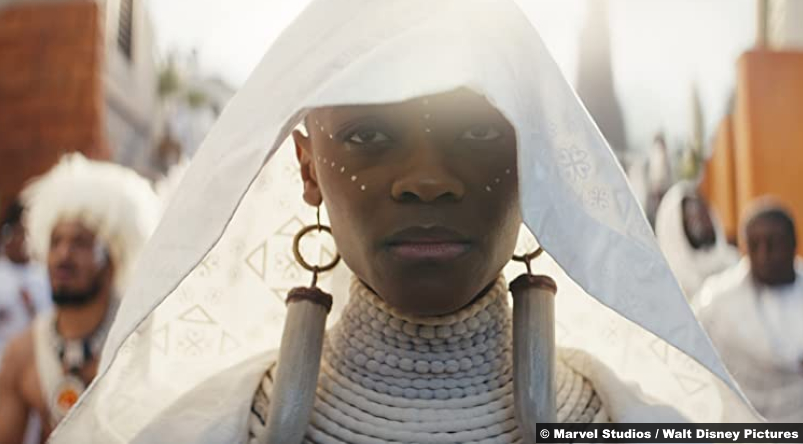 Wakanda Forever is not a perfect film, but considering how many factors were working against it, I’m blown away not only by how “not disastrous” it is, but actually by how effectively made it is. Ryan Coogler can talk in interviews all he wants about how much of a challenge it was to figure this movie out post-Chadwick, but when it came time to actually make the thing, it’s clear from the final product that he did it with the certainty of a grandmaster. This film oozes confidence.

Sure, there are pacing issues, and some decisions made over the course of the story that left me scratching my head, but the quibbles are minor. As to the pacing, the movie dragged a few times, mostly in the first hour, but never for long before a big set piece ramped things back up. To its benefit, there were no tedious subplots grinding things to a halt. The closest they came featured Val and Everett Ross, but they were in no more than three scenes as best as I can recall, and none were more than a few minutes long.  There was only one long exposition scene (the Namor origin story) but it was so beautifully shot and edited I didn’t mind it a bit.

Speaking of, Namor was sensational. He lacked a little bit of the smarminess that makes him so great in the comics, but it wouldn’t really have fit this interpretation of the character, so I won’t knock them for it. The change to the origin story was also handled really well, as was the connection to Wakanda via vibranium. I might quibble with the way they played up the idea that Namor is Hulk-level strong in water, Black Panther level strong when “wet” out of water, and maybe Winter Soldier level strong when dry (if not weaker than that). Couldn’t he just carry a bottle of water with him to rehydrate in case of emergencies? I suppose a bottle of water would be a big no-no for an ocean-dwelling person, but still. Also, Namor’s plan amounted to “let me kill this child who was clearly taken advantage of by her government, or I will go to war with your whole country” which, on the one hand, seems preposterously reckless but, on the other hand, that’s the kind of arrogant delusion that makes Namor such a great character in the comics. 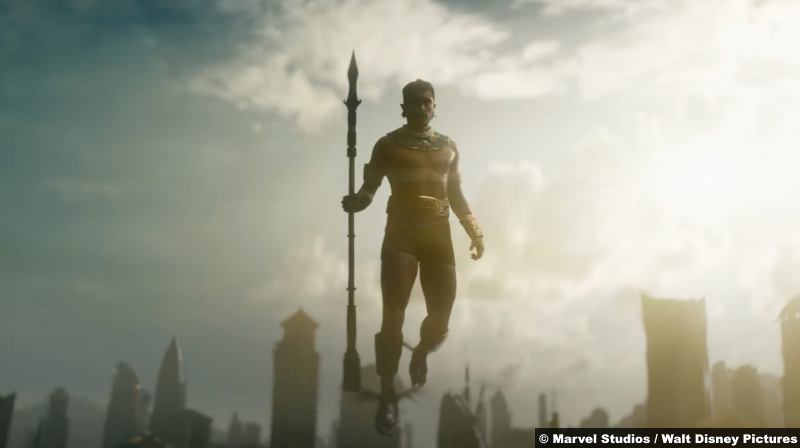 Those are the quibble and, as said, they are few. And yet, no matter much I try to steer the conversation to the plot of the movie, my mind keeps going back to the real-life death of Chadwick Boseman and the MCU death of T’Challa. The best thing about This movie was how well it handled the death of its central character. Starting the film with an unseen T’Challa dying from some unknown issue, while Shuri struggles to synthesize a new Heartshaped Herb was a deft move, as it made the unintended death of the main character work in the context of the previous movie when the herbs were destroyed. Then, having the Talokans possess an herb of their own, leading to Shuri finishing her synthetic version, brought everything together in a neat and tidy way. Everything leading up to the release of this movie focused on the unenviable task Coogler had to make this story work without his main star. To say he pulled it off would be an understatement; he nailed it.

Even better was the mid-credits reveal that T’Challa had a son with Nakia—also, conveniently, named T’Challa—just before the blip. He’s only about six or so years old now, which is far too young to be Black Panther. He’s got another 15 years at least before we see him again, right? Well, it just so happens that we’re heading into a phase with the time-manipulating Kang playing the big villain overall. I think it’s very likely we’re going to get an aged-up/time-plucked version of T’Challa Jr. appearing at some point in Avengers: Kang Dynasty, ready to assume his father’s mantel. If so, I am 100% okay with that. Black Panther IS T’Challa so a move like that would satisfy those who didn’t want to see Chadwick recast so soon after his death and those who thought a recasting had to be done for the sake of the stories going forward. If that’s what they do it’s a masterstroke by Feige and co. 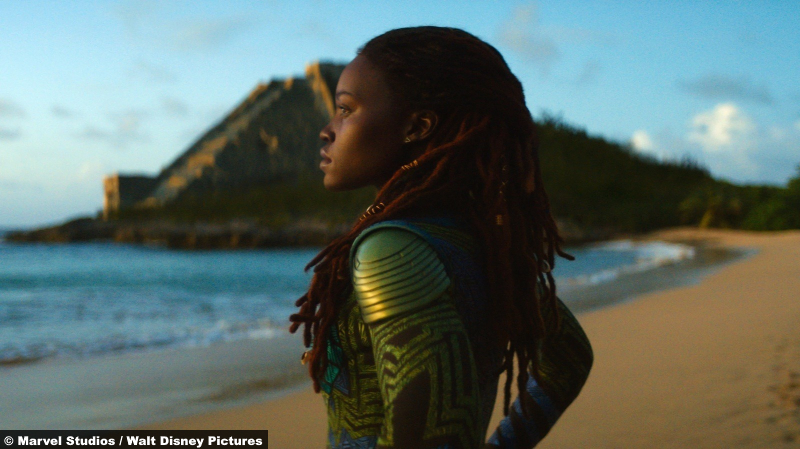 To say that the MCU movies, post-Endgame have been on the “disappointing” side more than the “great” side is not a hot take anymore. It was announced by Kevin Feige that Wakanda Forever would be the final movie of this phase. The fourth MCU Phase began with Black Widow, which was fine enough, but nothing special. Shang-Chi followed, and it was a ton of fun, but Eternals was hot on its heels and was easily the worst MCU movie ever released. Spider-Man No Way Home was a feast for fans, while Dr. Strange and Thor released fun but imperfect sequels. It’s been a messy phase, no question about it. But it ends with Wakanda Forever, the movie that many MCU fans were extremely nervous about. It turns out those fears were unfounded. The film needed to thread a very precarious needle, and it did so delightfully. 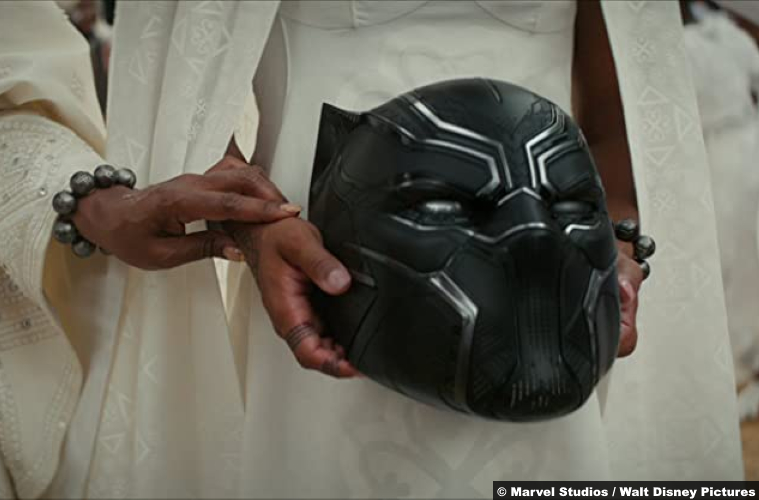