Already Disney’s Marvel branch has much to celebrate in 2018. Black Panther has debuted to tremendous box office success and critical adulation. Beyond that is so much more: In May the long-awaited payoff to the ten-year MCU storyline (thus far) will finally take place, with Infinity War bringing Thanos to earth to hunt for Infinity Stones. This Summer, Ant-Man (and Wasp) returns to the big screen to kickoff whatever kind of storyline there will be in the post-Thanos world, and there’s still the Netflix shows like Jessica Jones and Luke Cage, both of which will have new seasons drop this year.

Infinity War alone should be enough of a major happening to let Disney win the year, but there’s an event that’s already in motion that continues to overshadow it:

For years comic fans have longed for Disney to secure the rights to the properties that Marvel was forced to sell in the darkest days of their financial turmoil. As the company balanced on the knife’s edge of bankruptcy, the film rights to all the big properties they owned—particularly Spider-Man and X-Men—were sold away lock, stock and barrel.

A couple years ago Disney took a half-measure to reintegrate Spider-Man into Disney’s MCU as a Sony property. It wasn’t a re-purchasing of the character, but it was close enough. The excellent teaser in Civil War was followed by a great relaunching of the film franchise and with Spider-Man: Homecoming‘s success, all eyes turned to Fox, with disapproving glares and murmurs of “what’s the hold up?”

Turns out Disney was tired of half-measures: They just up and bought the whole studio.

That’s like seeing a really nice pair of fuzzy dice hanging from the mirror of a Ferrari and writing a check to buy it…and the car…and the mansion that housed it. In an instant the debate shifted from “will Disney ever secure the X-Men rights, even partially?” to “How is Disney going to fold the X-Men into the MCU in a way that makes sense?”

Indeed there are a few options on the table. So let me pose three scenarios that might show how this well-established property with a long (albeit convoluted) history can be blended into Marvel’s Cinematic Universe: 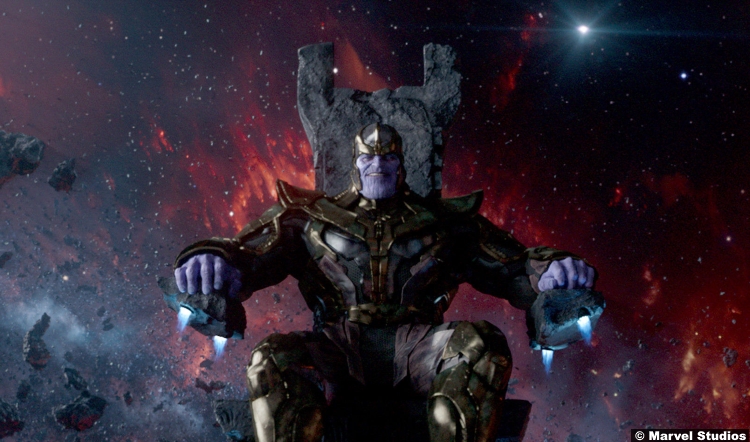 SCENARIO ONE: THE “INFINITY FALLOUT” HARD-RESET

WHAT IT IS: Something happens at the end of the Thanos story (either the movie coming this May or the direct-sequel in 2019) where the old “MCU” universe changes and the new, post-Thanos MCU is a universe that simply features mutants already well-established.

PROS: You get to have a whole new cast playing the mutants, you get to skip the traditional origin story (which Marvel has said they want to get away from), and you get to play with new storylines that may have already been covered in previous movies without it being an in-universe retread.

CONS: Can you sell a universe-altering plot device in a movie franchise meant to appeal to casual audiences? You can but it’s really tricky not to get bogged down in technobabble jargon. Also doing a whole universe-wide reset, even if a lot of it remains unaffected, is still going to cause some to wonder if any of the stuff that happened from Iron Man (2008) to Infinity War (2018 or 2019) matters. The last thing you want is a Star Wars Legends vs New Canon debate/angst among fans happening.

LIKELIHOOD OF HAPPENING: 25% – It doesn’t seem like it’s in the cards based on the stuff already coming out about Ant-Man and the Wasp (this year) and Captain Marvel (next year). Then again, there’s no information at all about the 2019 Avengers movie or anything to come after it (other than confirmed sequels that are on the way), so if it’s coming it’s coming post-2019, which makes sense since Disney still needs FCC approval of the Fox buyout to officially-really-and-truly own the properties. 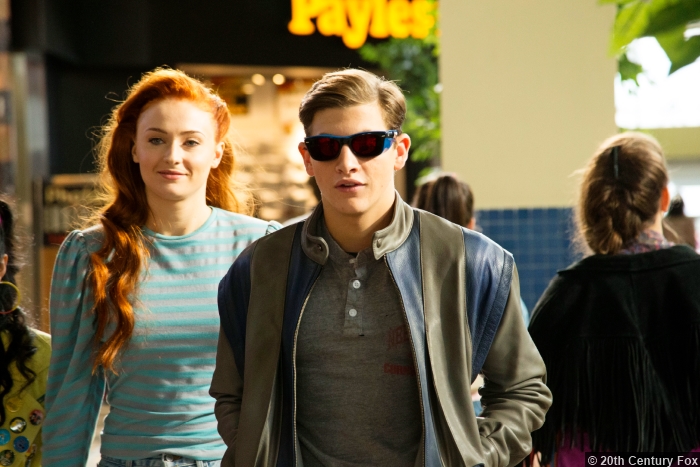 WHAT IT IS: Something happens in the MCU, either from the Thanos/Infinity Gauntlet stuff or some separate major event and the Fox universe somehow combines with the Disney Marvel Universe. This would mean bringing in McAvoy, Fassbender and potentially Jackman (who has said he’d come back to Wolverine for the chance to be in the MCU).

PROS: You get characters played by actors that audiences seem to like (it’s the scripts, the aesthetics and convoluted storylines that have dragged down the X-Men film franchise) getting a chance to appear in movies with better stories.

CONS: The Fox franchise is dead weight. Disney is getting the names and likenesses of their comic book properties back; they probably don’t want to be bogged down by previously-established actors (no matter how ubiquitous they became to their comic counterpart) who are already older and more expensive than Disney wants them to be at the start of a new franchise.

LIKELIHOOD OF HAPPENING: 5% – A fresh start and a clean slate was given to Spider-Man, after all. That’s the precedent here so it seems like a long long shot that we see Hugh Jackman playing Wolverine in an MCU movie. But I can see Deadpool (played by Ryan Reynolds) happening, somehow. 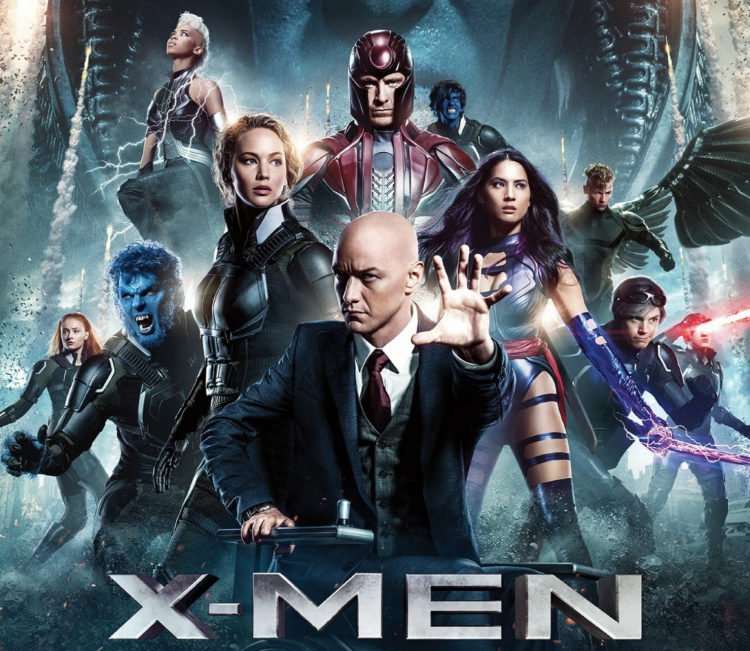 PROS:  No universe altering, bending or breaking needed. Just introduce a new cast and bring the mutants out into the open the way Dr. Strange and Black Panther and Ant-Man were done. It’s the most “no muss, no fuss” way to do it. It’s the one that requires zero exposition and markerboard-drawn graphs and charts to make sense of it.

CONS: It requires altering the backstory of the X-Men as they are thought of in the comics.* You’d have a backstory that would begin, not in the post-WWII world but in the post-9|11 world. Very different. Moving their backstory up seems like a necessity but it’s one that’s going to meet a lot of resistance from fans. More on that at the end.

LIKELIHOOD OF HAPPENING: 75% – This is my bold prediction for the franchise. This is the one I think they will do (or some variation of it). It seems the most cut and dry move, backstory-tweaking aside. 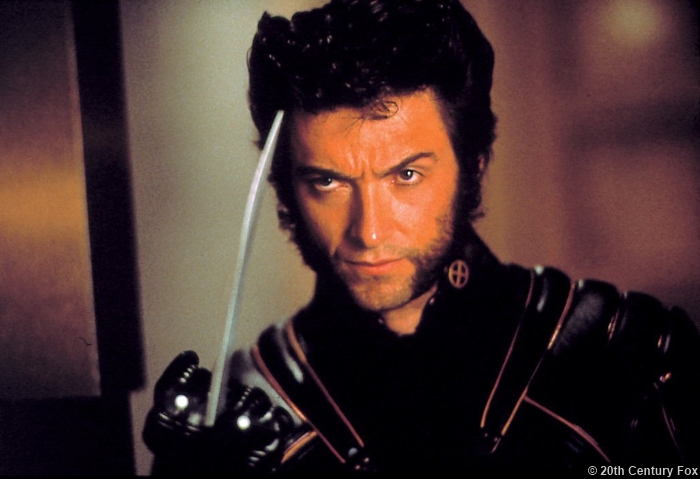 BONUS: THE “DO NOTHING” NON-RESET

WHAT IT IS: Just keep Fox a separate entity and keep the X-Men universe separate too. They certainly have enough storylines and characters to hold their own universe.

PROS:  You don’t have to be messy with universal integration or backstory tweaks. You can just let the universe continue on its own, with newer, younger, franchise-minded actors, only with stories and a comic-respecting tone and aesthetic overseen by Kevin Feige.

LIKELIHOOD OF HAPPENING: 1% – It’d be a terrible idea and completely against what the fans have been yearning for since 2008. Finding a way to integrate the X-Men, not segregating them still, should be the goal. 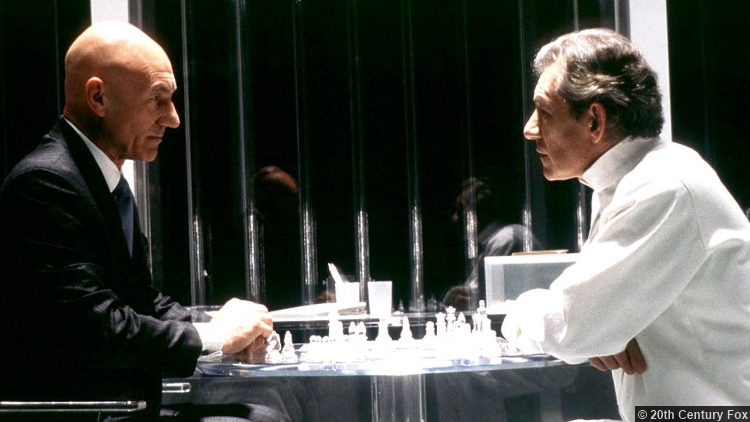 THE ELEPHANT IN THE ROOM…

In the comics, due to the nature of the medium, the X-Men can sort of live in a timeless, ageless world where Magneto and Xavier are always around (except when they’re killed for a while and then come back in another run) despite Magneto being a WWII holocaust survivor and Xavier being someone who was an adult in the swinging 60’s. It’s like the Simpsons where Bart is perpetually in the 4th grade. It works in that medium, but not in a film franchise.

No matter what Disney does with the X-Men they’re going to have to address the backstory and it’s not as simple as changing Tony Stark from a millionaire to a billionaire: The X-Men story is built between the dynamic between Xavier and Magneto, and Magneto in particular is defined by his experience in World War II. The farther away we get from WWII (seventy-three years and counting) the more likely it is his backstory will have to be changed, which seems blasphemous.

That’s going to be Disney’s most delicate aspect of the X-Men to handle. And as far as I can tell there is no solution that will please everyone.

Best of luck to Kevin Feige; he hasn’t let us down yet!