2020 was a lean year for the MCU, being the first without a new release since 2009. Thankfully, Disney has more than made up for it in 2021, not only with four new films but also four live-action series exclusively airing on their streaming service. If I had the list in front of me in January of this year, I would have quickly made a mental note of which Disney+ shows I was most excited for. Probably I would have put Loki on the top and Hawkeye on the bottom. Now that the year is done and all four have been released, my list is completely reshuffled.

Hawkeye is the best MCU show yet produced.

That’s not to say that any of them have been bad. WandaVision was superb. I loved Falcon and the Winter Solider. Loki had moments of greatness. Hawkeye, it seemed, had big odds stacked against it. WandaVision offered magical hijinks, FATWS had that gritty Captain America: Winter Soldier vibe going for it. Loki was just bananas. Hawkeye seemed like it would be too stripped down, too grounded, too low stakes to measure up to those before it.

On the contrary, the low stakes worked in its favor and made for a show that was the easiest, breeziest, most pleasantly enjoyable show the MCU has produced (or Star Wars for that matter) on the network. My praise for the show is boundless, but I will limit my love to a simple list… 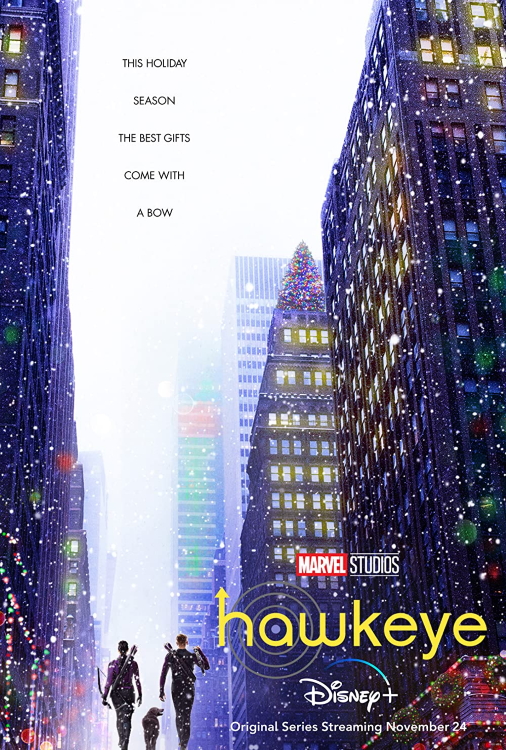 The holiday setting might make the series one that is subconsciously avoided during, say, the summer months, but the high quality of the production means it’s a six-episode romp I intend to revisit regularly during the Christmas season in years to come. The music, sights, sounds, atmosphere, etc, all added up to give the series a standout personality that the other D+ series lack. Clint’s Die Hard-inspired goal to get back to his family before Christmas was, like the holiday trappings in the background, never overdone but also added some much-appreciated flavor to each episode. 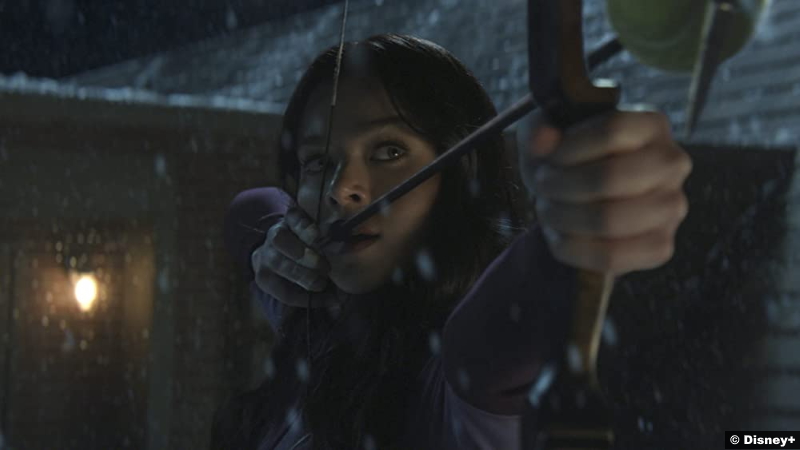 At the end of the day, the series is lowkey an origin story for the future “Young Avenger” who will replace Hawkeye as the resident “bow and arrow person” of the team. In that respect, it was a perfect success. Hailee Steinfeld charmed whether she was being overconfident, insecure, bubbly, frustrated, scared, or (her default state) spastically chatty. Her chemistry with Jeremy Renner was *chef’s kiss*, especially the running gag about her wanting them to don matching uniforms (“for branding”). Watching Clint slowly warm to her and regard her as a worthy equal created a heartwarming throughline of the series, and her rapport with Yelena means the classic Widow/Hawkeye dynamic will live on with a new generation.

What could have been a faceless group of mindless goons with no personality and no purpose other than to be arrow fodder instead was a team of baddies infused with humor and memorable quirks. Rarely did this series take itself seriously, so in that respect rarely were the TSM ever perceived as any kind of a threat, but they were never not entertaining, and that’s alright by me. 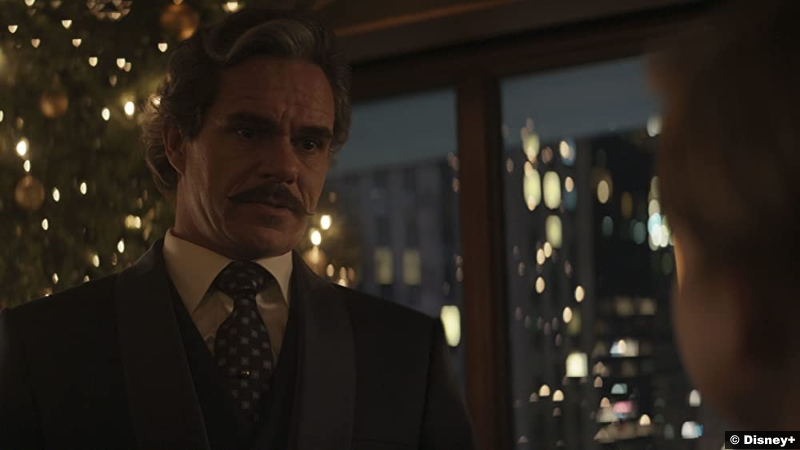 The man had a cliched mustache-twirling mustache that all cliched villains must have! The writing was all over the walls that he was a red herring and not actually a villain, but I’ll admit that, until the very end, I never believed he was actually heroic. At best I thought he’d be a nobody that would disappear after Kate’s mom was revealed to be the true villain between the two of them. Instead, the man brought a sword to his Christmas party and proceeded to “huzzah!” and “en garde!” and “have at you!” his way right into my heart. 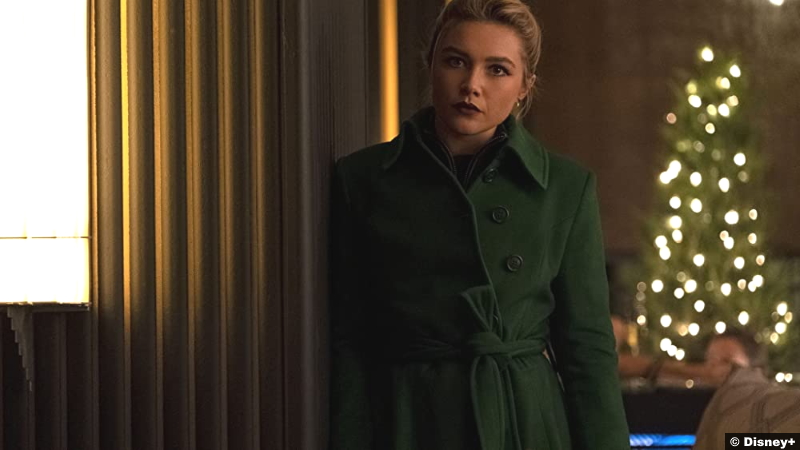 Like most others, I fell in love with Florence Pugh’s character in the Black Widow movie. The tease at the end of that film, that she would be going after Hawkeye, made it a no-brainer to expect her somewhere in this series. When she finally appeared, she picked up right where she left off: Displaying an even better grasp of the balance between stunning lethality and casual humor that Scarlett Johansson’s Black Widow showed for the past decade. As with Kate, this series feels like the beginning of her journey to being a “Young Avenger” (or perhaps just an “Avenger”) and as effortlessly as she has already integrated into this world, I’m more than ready to see more.

The deaf leader of the Tracksuit Mafia and adopted daughter to Wilson Fisk/Kingpin, Maya’s role in the series is a little more detached from the main plot as, say, that of Yelena’s. Hers is much more of a backdoor-prequel to her own series which has already been greenlit by Disney to come to the network in the next couple of years. Alaqua Cox, who is deaf from birth, did a lot with the little she had to do, displaying both fierceness and a vulnerable side that will make her a great protagonist in her own show down the line. 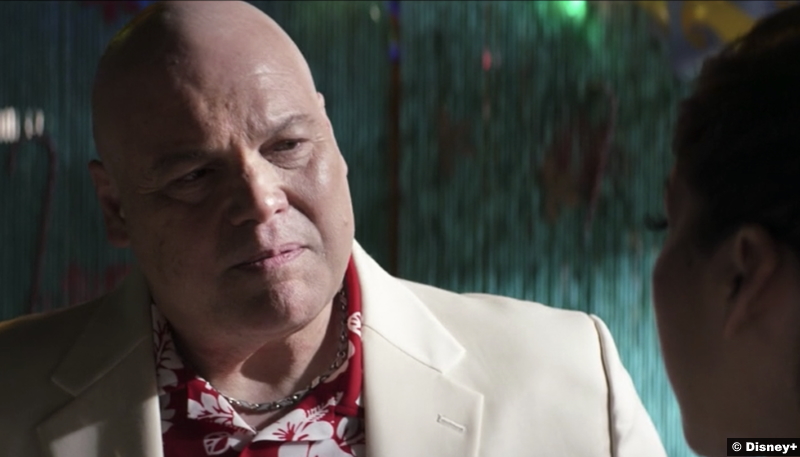 Without question, as much as I loved the other MCU shows on Disney+, none of them are as good, in my opinion, as the Netflix Daredevil series. Maybe I’m biased because Daredevil was my favorite comic to read as a kid, but I thought the show’s three seasons handled the character perfectly. The standout of the show, however, was Vincent D’Onofrio as Wilson Fisk/Kingpin. I didn’t think it was possible to capture the cunningness, the brutality, the physical presence, and the carefully-hidden insecurities of that character, but D’Onofrio absolutely nailed it. He was the MVP of the show and having him step into the proper MCU without missing a beat was a thrill I thought I would not have after Netflix ended their series. He’ll never be as graphically brutal as Netflix allowed him to be, but he’s the same Kingpin that he was before, and I’ve seen enough to know that any hero who crosses him is in for a world of hurt. I eagerly await his return in Echo and, hopefully, in a rebooted Daredevil series down the line. 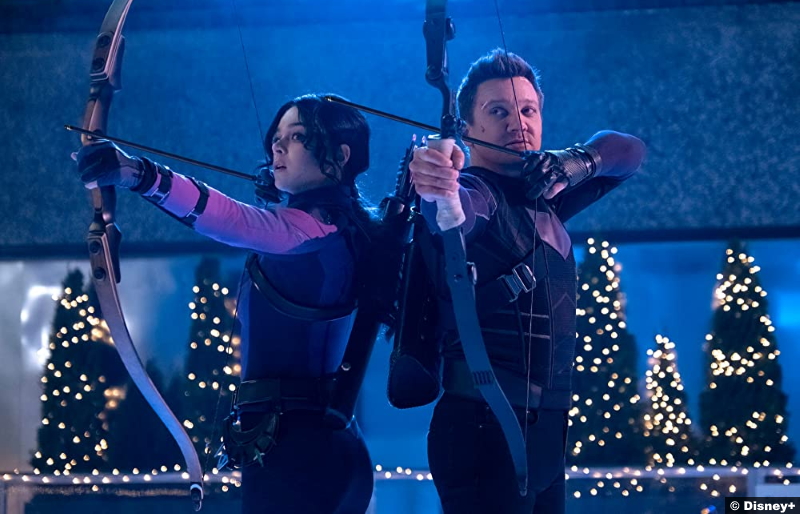 To be fair, I could have made up a list of all the things I liked about each of the previous MCU shows on Disney+. What set Hawkeye apart, however, was the fact that I found no flaws to speak of. The show did everything it set out to do and did it as flawlessly as I could imagine. I’ll always be in the mood for some cosmic universe-altering Marvel hero shenanigans, but you can also sign me up, sight unseen, for more “low stakes” Clint and Kate adventures.

10/10 – Hawkeye is great for every fan of the MCU looking for a fun watch this holiday season (or any season for that matter). 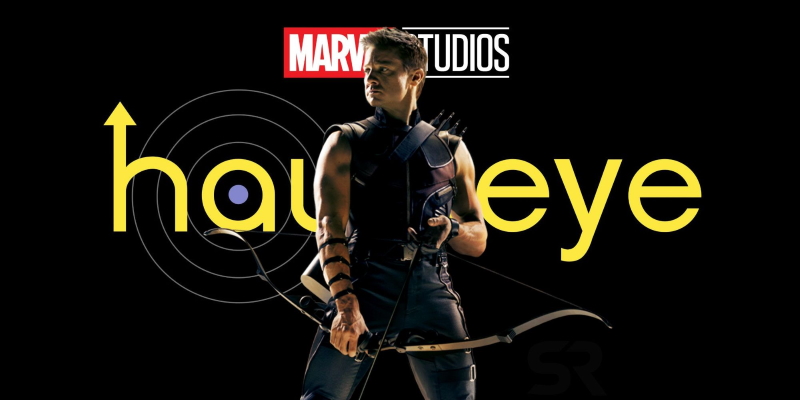