REVIEW: Shang-Chi has an imperfect debut but a lot of potential 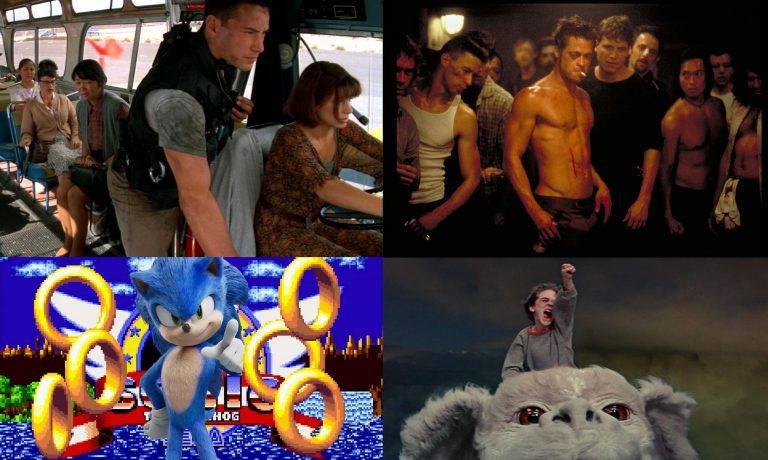 Now with that out of the way let’s talk a little about Dr. Strange, a little more about Guardians of the Galaxy and, maybe, get around to Shang-Chi, too. 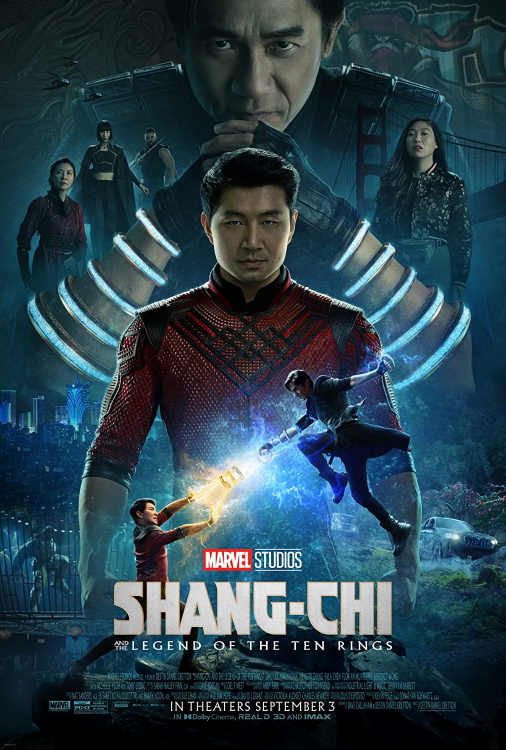 In pre-production, the script could have been punched up a ton, especially in the second act. I’m willing to tolerate a degree of exposition in act one, especially when there’s a lot of lore and mythology to lay down in a truncated timespan. It’s easier to dole these things out in a TV series but when you’ve only got two hours to work with, your first act is only thirty minutes or so; that’s not a lot of time to work with when there’s a literal thousand-year history to unfold. That being said, when we move into act two, that’s where you should expect the movie to kick into high gear. There should be a sense of forward momentum propelling you speedily toward the third act’s big confrontation. Instead, the movie grinds to a halt and we get a series of conversations, memories, flashbacks, flashbacks within flashbacks, and more world-building. Occasionally it’s’ very pretty to look at (in the daytime scenes at least) but beyond the eye candy, there’s not a lot going on in the biggest chunk of the film. Finally, the third act, which I mostly loved, nevertheless had some problems, namely in that it felt like three or four TV episodes worth of world-building, escalating tension, and character development crammed into a half-hour or so. Katy goes from a fish out of water to a master archer in the span of like three scenes, for crying out loud. The whole movie needed another draft, I think, just to polish and smooth out the bumps.

In production, the line-delivery could have been fine-tuned a lot more, especially in the first act, where some of the dialogue comes off as very stilted, very exposition-heavy, and very bland. At times it was like listening to placeholder dialogue, or the kind of “generic on purpose” stuff you’d hear in a parody comedy sketch about superhero origin stories. Some of this is just my own pet peeve, I know this: Some people simply don’t care about clunky dialogue, but it drives me insane. Anytime someone suddenly tells their longtime friend who they are, what they do for a living, and how long they’ve known each other I want to fire the writer out of a canon. Also, this was one movie where the now-expected Marvel style of quippy humor fell flat more than it worked.

In post-production, the lighting could have been digitally altered to make it a bit easier to see what was going on in the nighttime scenes. Whenever it was daylight the visuals were stellar but too much of the film was at night, and it was shot very darkly. If it had been shot on film it might’ve added to the artistic flair, but digital “film” and night-time scenes rarely work well together, and this movie was an example of why.

Now for the positives… 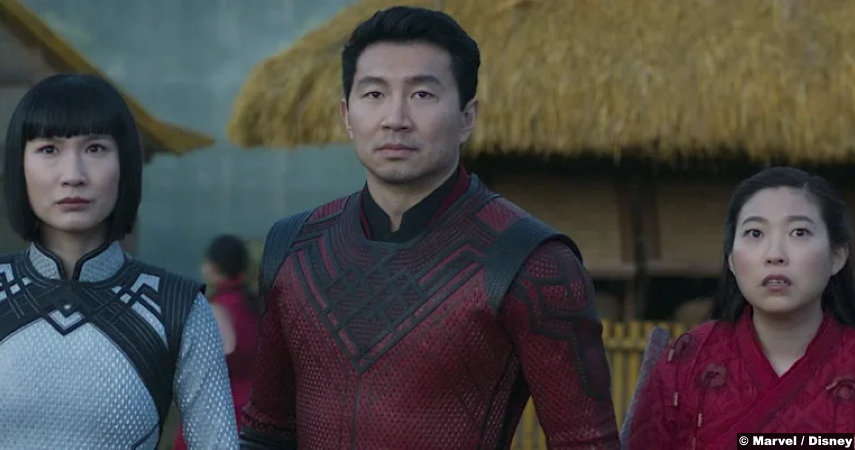 Shang-Chi is the first Marvel movie since Guardians of the Galaxy that feels like it expands the Marvel Universe. Before GOTG, the MCU was a grounded, earth-based series with only Thor offering hints at a bigger playing field. What GOTG brought was an entirely new sci-fi element to the universe, opening the doors for spaceships, laser guns, aliens, and more to exist side-by-side with Iron Man and his armor suit, and Captain America and his super frisbee. There really hasn’t been another movie that felt like it opened a new door. Dr. Strange did a little bit, but that movie was mostly grounded. Cpt Marvel was mostly an extension of the sci-fi-heavy world Guardians of the Galaxy introduced.

As mind-bending as it was to see Groot and Rocket on screen for the first time—a giant anthropomorphic tree and a sassy, talking raccoon—Shang-Chi has its own wild and weird world that is fully realized and, by extension, at home in the whole Marvel universe. The climax of the movie features a giant dragon, looking like it flew out of a Studio Ghibli movie and came to life in live-action, fighting a giant tentacle monster dragon thing that sucks souls…and it absolutely works. It made me excited to see these new elements spill over into some future Avengers movie, which is exactly how I felt watching GOTG and wanting to see Rocket and Tony interact.

Shang-Chi is also the first movie since GOTG to feel almost entirely separated from the rest of the MCU. There are a few cameos and references that keep it linked to the larger universe, but for the most part, this is a solo adventure. That worked to its advantage when things were clicking; it sometimes felt like a first outing to a great film franchise that can stand on its own, ala GOTG. It also put a spotlight on its problems when things weren’t clicking; it sometimes felt like an early-2000s Fox-produced Marvel movie, like a Fantastic Four or DareDevil, albeit with a ton more polish. But enough negativity; when the movie worked it really worked: The action choreography was breathtaking, the mythos was intriguing, and the relationship between the Shang-Chi, Xialing, and their father was my favorite part of the whole picture. The film’s chief villain is not a one-note baddie who wants to take over the world. In fact, he started out that way, gave it up for love, turned bitter and broken when his love died and, in the end, almost accidentally ushered in the end of the world simply because he couldn’t accept the fact that his wife was really gone. You never fully hate or love Wenwu; he straddles the fence perfectly and, in the end, you end up just feeling bad for him. Great character, great writing, and great acting all around for him.

If the whole movie had been so finely tuned I would be gushing over it.

8/10 – Shang-Chi is not a perfect debut but there’s a lot of potential there and the hero himself will be a great character going forward. In that sense it’s a lot like Dr. Strange’s debut movie; solid but with enough seeds planted to sprout into something special down the line.