REVIEW: Black Panther is a vivid and fresh take on the superhero formula

Kevin Feige and Marvel have built an empire making a very specific kind of movie. They’ve nailed the formula down to an art form and though you can complain about the factory-press sort of feel to them, you can’t deny the results; people are eating these movies up.

It’s something that’s easy to take for granted, growing up in the United States as a white male, that my cinematic heroes look like me. I never thought they looked exactly like me, because I’m not a big athletic hero, but they do.

It’s something that over the course of these ten years, having a certain amount of power over what type of movies are made and what type of actors we hire, I want everybody to have that feeling. We don’t take it for granted that people want to see themselves reflected in our heroes and our characters. That’s been the case in the comics for years, and, finally, that’s the case in the movies, and will only continue from here.

Superheroes can be an important part of a person’s childhood. You see a virtuous, maybe flawed but always well-intentioned, person striving to do good, to better others’ lives and to fight selfish, misguided or sometimes simply evil people, and it’s idealistic for a child. I think it’s a wonderful thing that the MCU has blossomed as much as it has, to where they can reach beyond the most popular characters in their arsenal, to focus on lesser heroes that maybe don’t have the universal popularity of their A-Team or even their B-Team, but which have the potential to ride the wave of overall popularity to find success like never before. 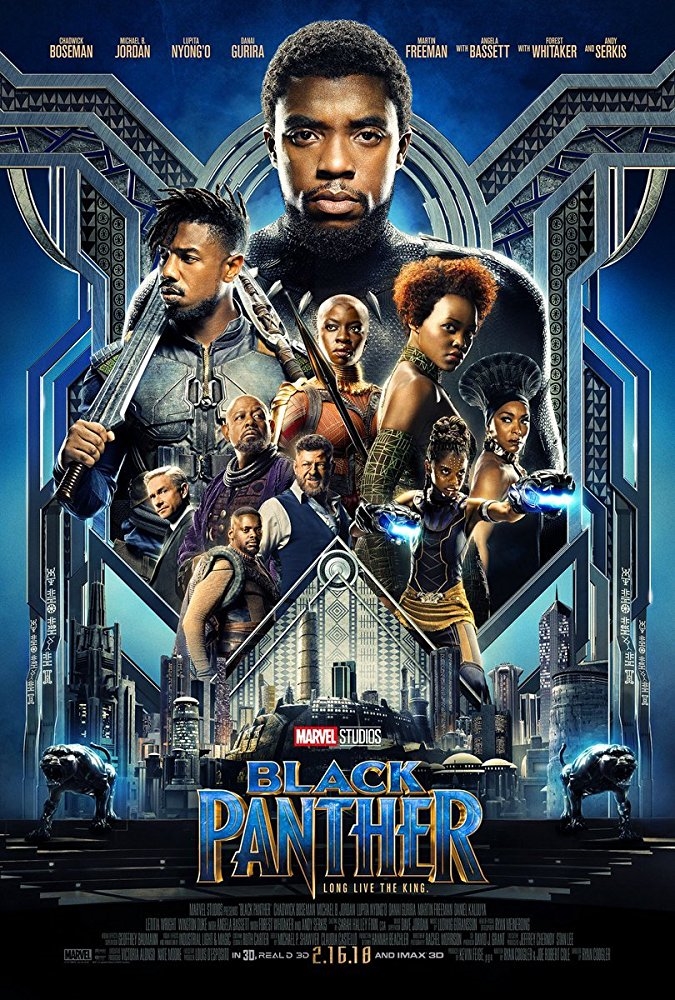 Contrary to popular misconception, he was not named after the Black Panther political group; Stan Lee and Jack Kirby created the character months earlier. He has existed for fifty years but with very few examples of storylines or “runs” where the comic line broke into the mainstream. Nevertheless, with the success of the MCU, Marvel has the opportunity to dig deep into their library. The fact that Black Panther happens to be a black man from an African country is just a bonus; it’s not why the movie was made, but it’s a chance to give a black boy or girl the chance to see someone who looks a little more like them —superficial though it may be—to play the hero for a change. A similar thing happened last year with Wonder Woman, and will again when Captain Marvel launches. I think that’s worth celebrating.

It would have been easy for Disney/Marvel to take their “black” character and run it through the MCU factory and spit out another by the book Marvel Superhero movie that just happens to star a “black guy.” It would have been easy to play it safe. Instead, Kevin Feige hired Ryan Coogler (director of Creed) and turned the young filmmaker lose to make a movie wholly set-apart from the MCU movies before it.

Black Panther is the result: A vivid, fully-realized world, with a story good enough for Shakespeare and a style all its own. 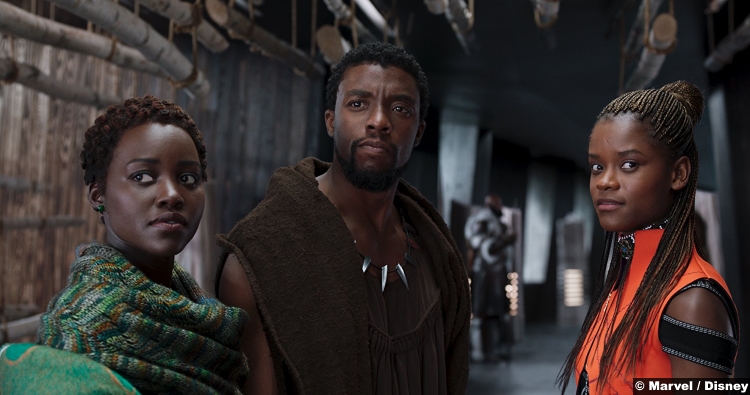 But though the movie is rightly being celebrated by everyone, it is not a perfect film. I have three criticisms to highlight, with mild spoilers in the third, tempered by legitimate praise for what ultimately is a great piece of cinema…

First: It features yet another “hero fights evil version of himself” climax. How many times have we seen that? Iron Man, Incredible Hulk, Captain America, Avengers, Ant-Man, Dr. Strange, and now Black Panther all use that trope, sometimes more than once. Black Panther at least stalls the moment when the hero’s “bizarro” version finally steps onto the stage, and it offers a nice head-fake about who the real big bad of the story is for the first half, but in the end it’s the same final boss fight we’ve been seeing since Iron Man fought Iron Monger.

Second, while the “story” is fantastic, the beats are great, and the character trajectory of both T’Challa and Killmonger are excellent…the “screenplay” is weak. The dialogue is not any better or worse than the average Marvel movie, but the contrast between the movie’s themes (which are excellent) and the dialogue around those themes (which is bland) is vast. Too many lines fail to connect, with only a few of the attempted-jokes really landing (though the ones that do are great). There’s also a bit too much on-the-nose speechifying: You can have a message movie but you have to be more subtle and trust the audience to reach the conclusion you want without basically looking at the camera and yelling it. 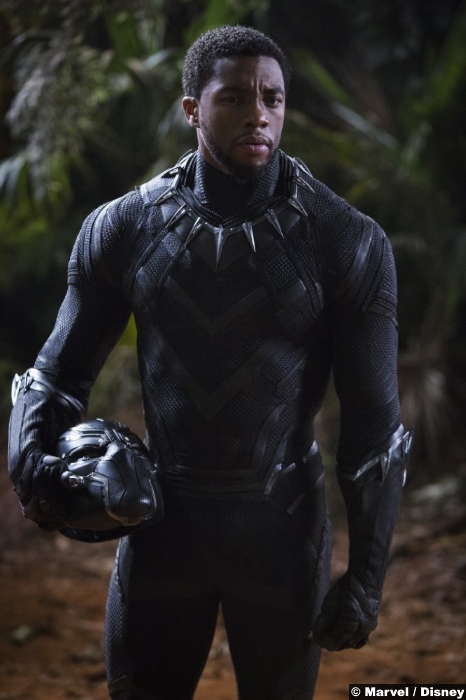 Third, the pace is a little slow in the front end, with the biggest moment (Killmonger seemingly killing T’Challa and seizing power) coming about thirty minutes too late to be as effective as it could have been. It’s another “Story > Screenplay” issue, where the idea of that moment is excellent for both characters, but the execution missed the mark. It happened so late in the movie they basically rushed through a half-baked “let’s take over the world” plot without anything really happening with it. It almost makes me wish this was a TV series, because it’d make a great arc for something like a second season of a Black Panther Netflix show.

I loved what I got from Killmonger, and I really loved the message of his character (I pitied him without sympathizing with him, which is remarkably hard to pull off) but his story was rushed. I wanted more. That’s not to say I wanted a three-hour movie; just that I wanted more focus on him in the first half.

Those complaints are minor, and only diminished my enjoyment of the film by a hair.

I loved the style of the movie. The music, cinematography, production design: Everyone involved did an excellent job making the movie feel distinct from the rest of the MCU’s very factory-pressed films, where they all tend to be slotted into three categories (romps, thrillers, team-ups) as well as making the setting of the movie come alive. Wakanda felt lived-in, with thousands of years of history filling the screen. So many little customs and traditions are just there, not commented on by characters or focused on by cameras; it’s a really well-built world.

Great job by everyone. 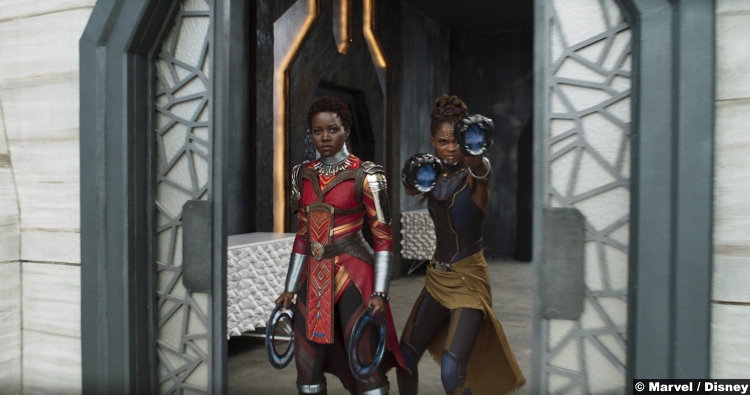 9/10 – I loved the themes and the story’s beats, but not the script itself. Art and story carry the day, though.

Black Panther is a must-see movie preaching a message that anger, bitterness, resentment and rage can consume a person and turn you into the very thing you claim to be against. At the same time it preaches the value in using the gifts and means you have to help others, not horde your privileges for yourself.

It’s a message all people would do well to take to heart.