REVIEW: Eternals is the worst MCU film by a mile

As the days grew closer to the release of the film, the buzz around Eternals turned from “it’s going to be epic!” to “it might be too epic.” to “alright, I think the movie has some problems but it’s not like it will be bad” to, finally, “it was bad.”

This is a bad movie.

Granted, there have been bad comic book movies that are still enjoyable. We’re not talking about high art here. As long as it’s good popcorn fun, you can gloss over a lot of structural or acting problems in a movie like this. But when the movie doesn’t offer much of anything to enjoy, it’s hard to give it a pass. 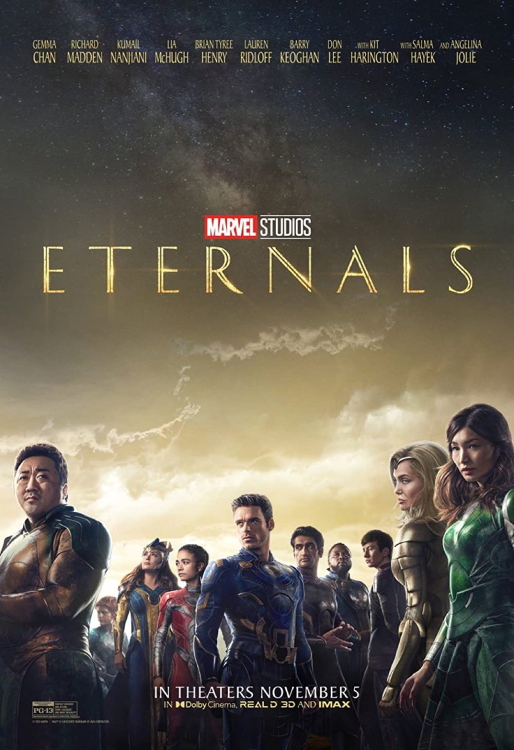 1. THE PACING IS TERRIBLE

Multiple times during this near-three-hour slog of a film, I found myself doing the

gesture. Almost every scene in the movie ran twice as long as it needed to, with long, lingering shots on characters’ expressions as they wordlessly attempted to emote to whatever spectacle or dramatic revelation was happening in front of them. At other times, the audience is forced to watch the camera slowly move from one long reaction shot to another, across every member of this bloated “team” as they listen to a meandering litany of exposition dialogue being delivered mere moments after the contents of said exposition were just seen by the audience in a flashback (more on that next). In short, the movie was 157 minutes and it easily could have been a tight, action-packed 127 minutes had they simply gotten to the point of each scene at a snappier pace.

2. THE EDITING IS A NIGHTMARE 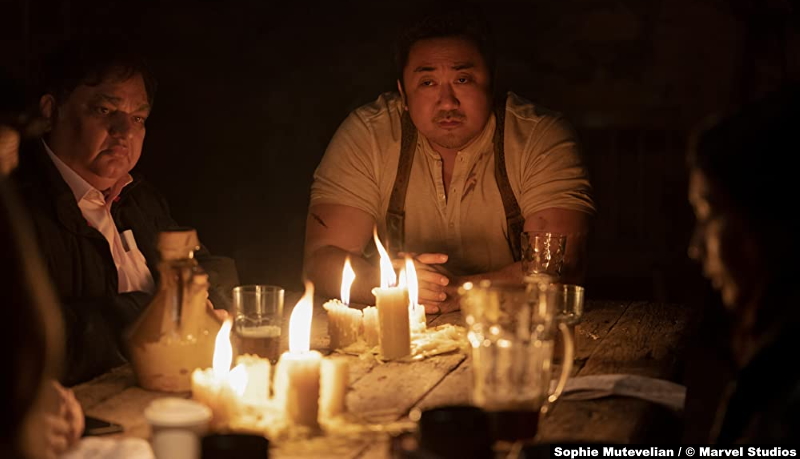 I felt like a hostage watching this movie. Likely it was decided that the meat of the story was not strong enough to sustain the full runtime. That, combined with the need to contextualize this race of thousands-year-old beings who apparently have been living among us, led to the decision to intercut the main plot of the movie with extended flashback sequences. These minutes-long scenes serve to give us the backstory of the Eternals, as well as reveal critical plot twists. Here’s the problem: The flashbacks that give us backstory are not effective enough to sustain the viewer’s interest; they’re boring and lifeless and focus on characters that are boring and lifeless. And they go on well past the point viewers are comfortable sitting through a flashback.

The worse offender though are the flashbacks that reveal key plot twists. The audience is forced to watch these reveals, learning some important truth, and then is forced to sit there and listen to some character stop the movie and explain to the rest of the characters the truth that we—the audience—just got to watch. You know the classic Hollywood mantra “show, don’t tell,” right? This movie, for some insane reason, decided it needed to show us, then tell us what it just showed us. The whole movie needed either a page-one rewrite or an editing job akin to Marcia Lucas saving Star Wars to fix it.

3. THE PLOT IS POINTLESS

At no point did I ever worry that the villain would win, and even when heroes were defeated or killed I felt nothing for any of it. There were stakes, sure. There are always stakes. The world is always in jeopardy to one degree or another, but if I don’t care about the characters, the stakes are never going to be enough, and the bigger the stakes the less I end up caring. It’s a delicate balancing act that has to be struck in these sorts of films: If you create a plot that revolves around the end of the freaking world, you would think that would be enough to carry the film, but it’s not: No one believes a two-thousand-foot-tall being that’s gestating underground is going to pop out of a volcano and destroy the planet. It’s so unrealistic it becomes white noise. 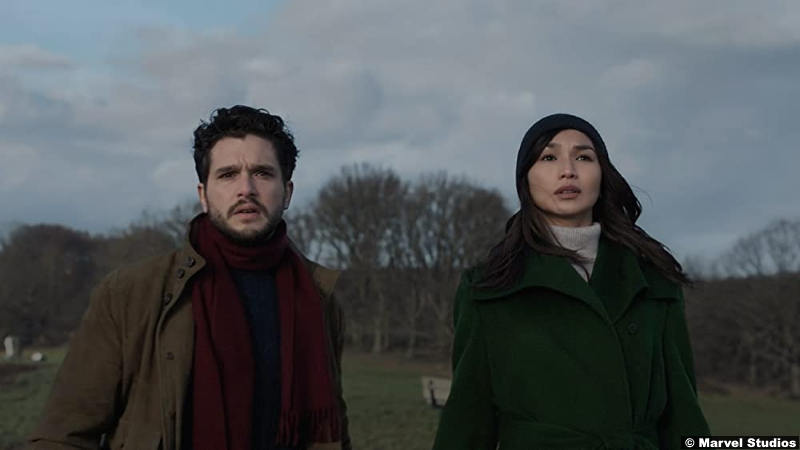 So how did movies like Infinity War and Endgame get away with it, when those stakes are even bigger (half of all life in the universe)? They got away with it by shrinking the plot down to individual problems, drama, relationships, etc. Infinity War/Endgame were movies about people we cared about taking drastic steps to stop the inevitable. Eternals is a movie about people we don’t care about hopping from one exotic locale to the next, arguing with forced, sassy quips, and complaining about the world blowing up. Look at past non-Avengers MCU films and count how many deal with big, “end of world” style plots: It’s not many. Iron Man’s movies didn’t. Cap’s movies didn’t. Thor’s first two didn’t; his third one did but by then we cared and even then the actual “end of the world” part was really the B-plot to the whole movie. The Ant-Man movies didn’t. Black Panther’s movie didn’t. Captain Marvel’s movie didn’t. Spider-Man’s movies didn’t. Shang-Chi’s movie didn’t. Those movies had smaller stakes for their films, and they worked because of that. The focus was on the character and his or her personal journey as a hero.

The only MCU movie (non-Avengers) that had big, world-ending stakes in its climax, that I can recall, is Dr. Strange, and it pulled it off better than Eternals probably because there was only one Dr. Strange to invest in, and his resolution to Dormammu’s threat was a great moment of character development and payoff. Here, the plot just features a half-dozen randos with vague and uninteresting superpowers fighting to stop the end of the world, and apparently, I’m only supposed to care because “it’s the end of the world.” Sorry, it doesn’t work that way.

4. THE CHARACTERS ARE UNREMARKABLE

To be fair, this is not an “across the board” criticism, as there was one character who had some semblance of a personality. Kumail Nanjiani as Kingo isn’t given nearly enough opportunities to save the picture but whenever he is given the spotlight, he brings a light and MCU-like energy to the movie that is sorely lacking everywhere else. The rest of the team is a mishmash of soulless, dry, dour, and overly serious people. 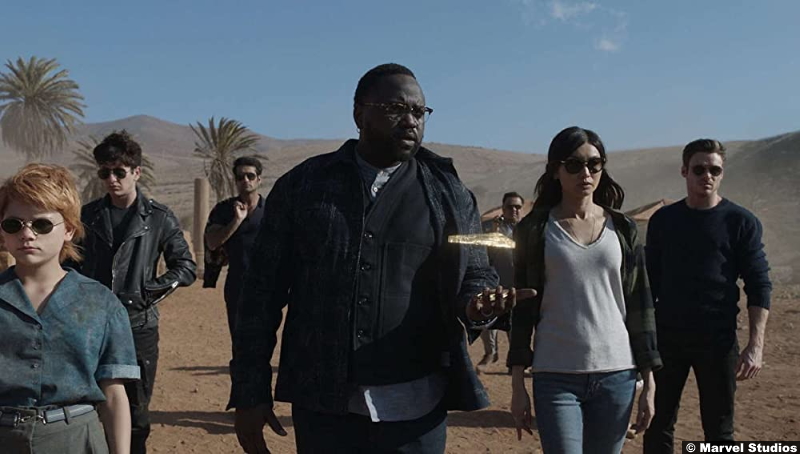 Sprinkled about you can find plenty of quips and one-liners fit for a teaser trailer, but they’re delivered as quick attempts at levity amid long scenes that are otherwise dreadfully boring. No character has anything close to an arc. A few characters are at least given a personality trait or some personal investment in saving the world. Others, like Makkari (the Flash-knock off) and Druig (the mind-controller) are just there. They neither grow nor change nor exhibit much of anything in terms of “character.” Nanjiani and Harish Patel (who plays Kingo’s valet), are the only actors who seem to be having any fun in the movie. Everyone else is just too miserable to make anything on the screen enjoyable to watch.

5. THE TONE IS DEAD ON ARRIVAL

In the end, it felt like I was watching a bad DC movie. You know the common complaint about the first wave of DCEU films? How they took themselves too seriously, were too self-indulgent, too melodramatic, how no one was having any fun, etc. You could make a case for it in terms of the “gods struggling to live among men” philosophy that DC properties are based around, but that’s not the Marvel way. Marvel characters are not “gods struggling to live among men,” they are “men struggling with godlike powers.” So while I might like the cheerier and brighter version of Superman that’s found in the Christopher Reeve films, I can at least appreciate what Zack Snyder was trying to do with the character in his movies. It helps that Superman is ingrained in the zeitgeist of our culture, going back eight decades. No one knows who the Eternals are, and no one cares. 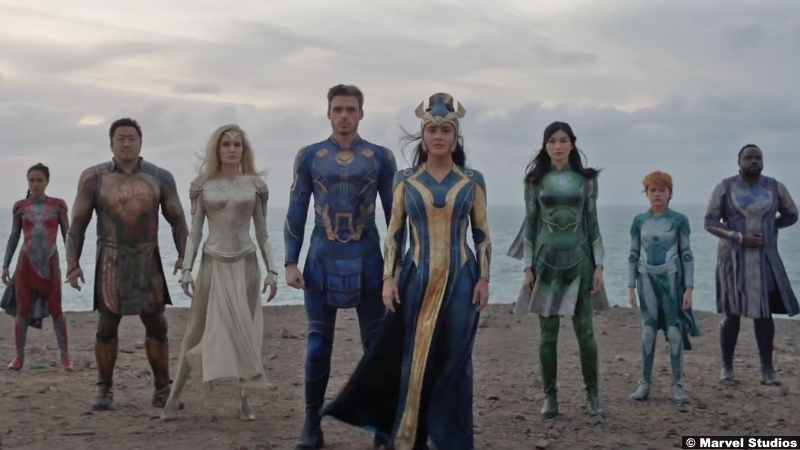 All anyone will know, when they sit down to watch the movie, is that this is an MCU film, and that carries with it certain expectations. Not every MCU can deliver a home run, but at least those that fail to hit the mark (Iron Man 2 and 3, Thor 2, etc) at least have the tone and feel that’s consistent in the MCU. Eternals, on the other hand, has none of the tone. It takes itself too seriously, is too self-indulgent, too melodramatic, and too unfun to work as a comic book movie, and certainly not as an MCU film.

3/10 – Eternals is the MCU’s first genuine misfire and it serves as a template for all the things not to do as we move through the post-Iron Man, post-Steve Rogers era of Marvel movies.