REVIEW: Black Widow is a fitting coda to a departed hero

Black Widow carries the weight of the MCU on her shoulders by being the first major, theatrical release in the giant franchise since July 2019’s Spider-Man: Far From Home. The two-year wait between films is the longest we’ve ever had to go between MCU entries (only a year and eleven months separated Incredible Hulk and Iron Man 2). This movie was never meant to bear such a burden. In fact, according to some, the movie wasn’t supposed to happen at all and was only greenlit in the aftermath of Guardians of the Galaxy 3 being delayed. Needing to fill the schedule, MCU head honcho Kevin Feige fast-tracked Black Widow into production when, under different circumstances, this movie easily could have been stretched out into its own Disney+ series. 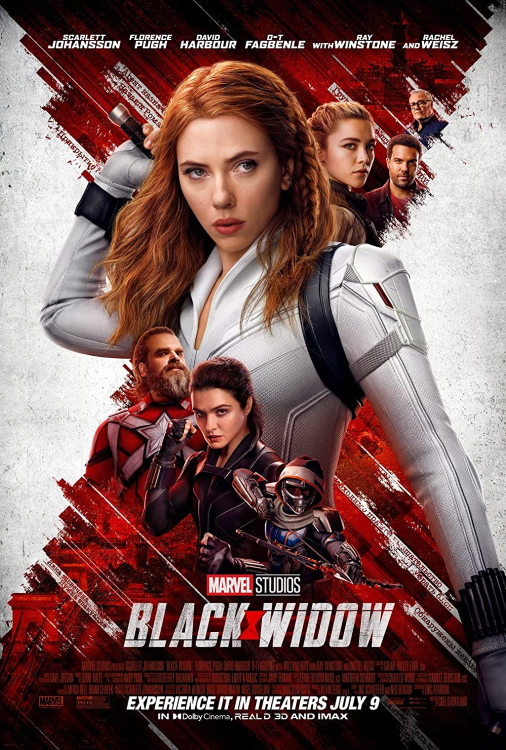 In fact, one of my worries, as I sat down to watch the film, was that it would just feel like a condensed version of a D+ show. You can praise the writing, visual effects, and “essential feeling” nature that each of the MCU shows have had, but at the end of the day, none of them really would work as a movie. They were conceived as long-form stories, told over multiple episodes and, as such, they tell their tales in a way that’s fundamentally different from a movie. The difference between a series and a film is not production quality or budget; it’s in the way the story is presented; spread out vs condensed. We haven’t had a single, condensed, self-contained MCU story in two years and while it might’ve been possible to take the skeleton of Black Widow’s plot and spread it out over six episodes, it absolutely would not have landed with the same style and impact as the film did.

Black Widow is simply a fast-paced, character-focused, spy movie. Is it the best MCU film ever? No, but it’s maybe the most fun “first” solo movie since Ant-Man. The writing and direction were great, the action set pieces, especially in the first two acts were excellent. Maybe things got a little too fantastical in the third act, which is fine in a comic book movie, I know, but everything before act three was so grounded it seemed a bit too much of a reach to go from motorcycle chases down the streets of Budapest to a flying city in the clouds controlled by Russian Harvey Weinstein and his magic ring.

But who cares, it’s an MCU movie. It has the Marvel movie formula down pat and that means it’s automatically the reason to go to the movies; the first such must-see theatrical experience since the pandemic started. It’s not perfect, but it was very much a Marvel movie, and watching it felt like being back with an old friend you haven’t seen since before the world caught on fire.

That said there are some points worth noting… 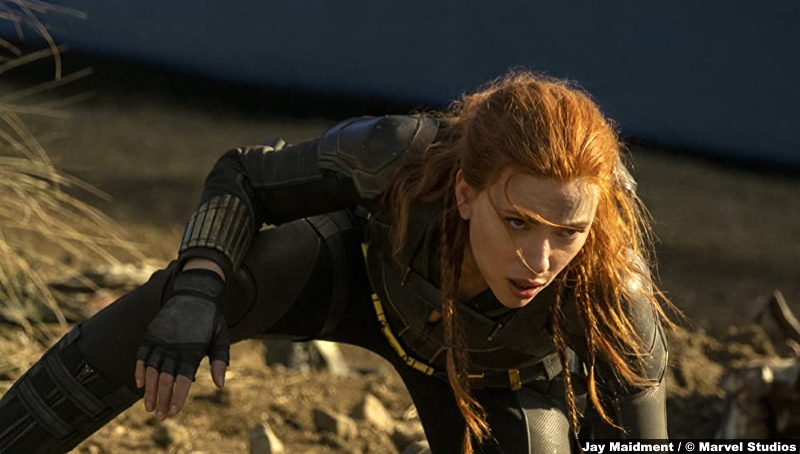 A FILM OUT OF CHRONOLOGY

Watching Black Widow in 2021 was an odd experience, not only because the central character died in 2019’s Endgame, but also because the plot of this movie—her first and presumably only solo outing—takes place all the way back in the immediate aftermath of 2016’s Civil War. Five years is already a long time between movies, but in the MCU it’s practically an eternity. Five years in the MCU is ten movies and three TV shows. That’s not an exaggeration, either; there have been ten movies since Civil War and the entire makeup of the cinematic universe has shifted twice over since then.

Going back to the post-Civil War days felt like returning to a smaller, more antiquated time, and whatever drama was intended in response to the events of Civil War never landed at all, since we know not only that the Avengers would kiss and make up, but exactly how and to what end. Apart from the post-credits scene, I did my best just to lie to myself and pretend that I was watching a movie that actually came out right after Civil War that I had somehow forgotten to check out when it was released in November of 2016. 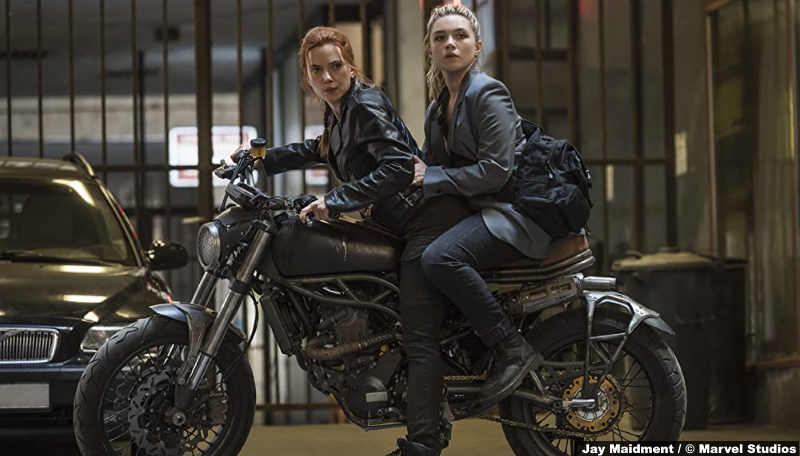 A HERO WITH NO JOURNEY

Obviously, the heading is an over-simplification; Natasha has a very clearly defined goal by the time we hit act three. On the other hand, the movie begins without any such objective. This is my biggest problem with the film, and that’s good because it’s a minor one at best: The main character doesn’t really go on a character-developing journey. There’s not a “(1) I want, (2) I get, (3) it’s not what I thought, (4) I learn, (5) I grow, (6) I get what I needed, (7) I’m changed” journey that these sort of solo movies often have. Nat doesn’t really learn or grow. She gets closure with her surrogate family, sure, but that wasn’t something she needed or wanted when the movie began; She just sort of stumbled into it along the way.

Again, this a minor gripe but one that lingered throughout the viewing. If anything the movie’s real purpose was to bring Yelena into the MCU and set her up (eventually) as a replacement for Nat. More on that in a second. Nevertheless, even without the opportunity for the main character to grow and change (and, really, how could she since there was no change in her character between Civil War and Infinity War), the story does a good job throwing obstacles at her to overcome, all of which came from her already-established backstory, so there was no having to deal with the problem many spin-off movies have, which is introducing characters that we’re supposed to believe were always important to the hero, but only ever show up whenever they have a solo movie. In this case, the reason for Nat’s estranged family not appearing before now is obvious: They were estranged. It’s just a minor gripe that her involvement with them here came by way of external plot and not internal, character-defining “want.” 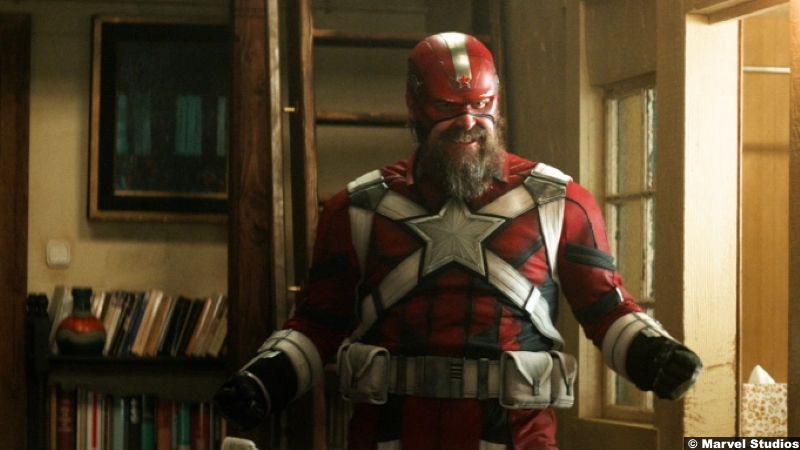 A PLOT WITHOUT A POINT

Speaking of, my only other major issue going into the movie was “what’s the point?” I wondered how they could make me care about what happens to Nat when her story is already finished. And yet, now that I’ve seen it, I think the movie was helped by releasing after Endgame. Feige and co. could have filmed and released this movie after Civil War and it would have been fine, but I would have criticized it for having no purpose, as already mentioned: Nat doesn’t really go through the hero’s journey in the movie and come out a changed character ready to face what’s coming in Infinity War/Endgame. Instead, she stays basically the same, other than finding some closure with her family (which she didn’t really go into the movie needing or wanting).

And yet, by putting the movie after Endgame, the film finds its purpose as a way to say goodbye to the central character. The movie serves as a coda to someone MCU fans have loved for the past eleven years. It doesn’t really matter now that the movie is a glorified bit of supplementary material because the character at the end of it has already died and fans naturally will want to go back and see her again. The movie offers her a needed (and deserved) moment in the spotlight after always being an important, but “side” character for so long. 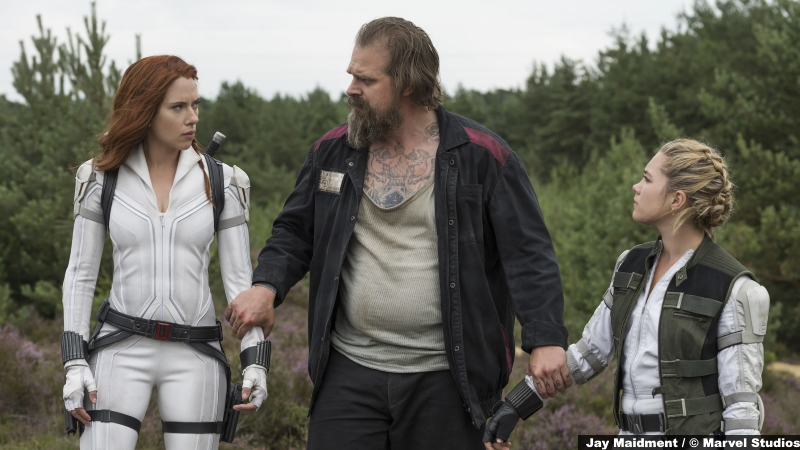 9/10 – Black Widow might not be the most “essential” film in the MCU, but it’s quick-witted, well-made, tons of fun, and serves as a fitting goodbye to a beloved character in this humongous franchise.