We are now eight years into the Marvel Cinematic Universe. The film franchise has spawned fourteen movies across a variety of sub-genres. We’ve had traditional superhero fare with Iron Man, some period piece action with the first Captain America movie, something more akin to a Tom Clancy novel with Winter Solider, far-out sci-fi adventure with Guardians of the Galaxy, 80’s B-movie sci-fi with Ant-Man and on and on it goes. The MCU is an interconnected cinematic multiverse, so the idea of a movie that explores the notion of an in-universe multiverse seems like a logical next ingredient to the stew.

But after fourteen films and nearly a decade of continuous releases have we reached the point where “franchise fatigue” begins to overtake the massive support the series has with its diehard fans? Even the ratings powerhouse of the NFL—once thought to be an unsinkable ship—is suffering from its worst ratings year since 2010. It happens to every popular medium; it finds a groove with hardcore fans, explodes into mainstream popularity and then—either by boredom on the part of fans, or diminished quality on the part of creators—attrition sets in and the numbers go down.

To their credit, Marvel and Disney seem extremely confident that they can keep the MCU gravy train rolling for the foreseeable future. Their confidence is seen with what Doctor Strange is as a film: It’s a very by-the-book origin story. It’s a very “Phase One” kind of film, the kind of movie that would have been right at home between the releases of Thor 1 and the first Avengers film. The same could be said for Ant-Man (and was), but in that case, Ant-Man was supposed to be a Phase One movie before production circumstances forced it to be delayed. 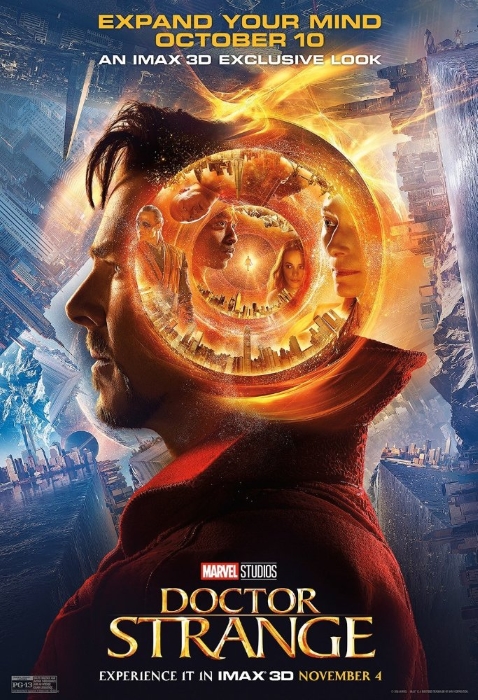 In fact, Doctor Strange is a lot like Ant-Man; it’s a solo superhero origin movie (so not like Guardians of the Galaxy) with some trippy visuals that make a very ordinary film occasionally extraordinary. Marvel’s advertising campaign for the movie promised that those aforementioned trippy visuals would take the viewer on a ride worthy of their sitting through another origin story so many years after we sat through the first Iron Man, Cap and Thor films. Does the film justify its existence and find a place in the grand scheme of Marvel’s cinematic universe, or is it just another superhero property that Marvel can adapt so it will adapt? If it’s the latter, audiences will see through it and the film will be the MCU’s first disappointment since it exploded after the first Avengers movie. If it’s the former, then Disney execs will breathe a sigh of relief that their golden goose will continue laying golden eggs in the post-RDJ/post-Chris Evans days to come.

So how was Doctor Strange? 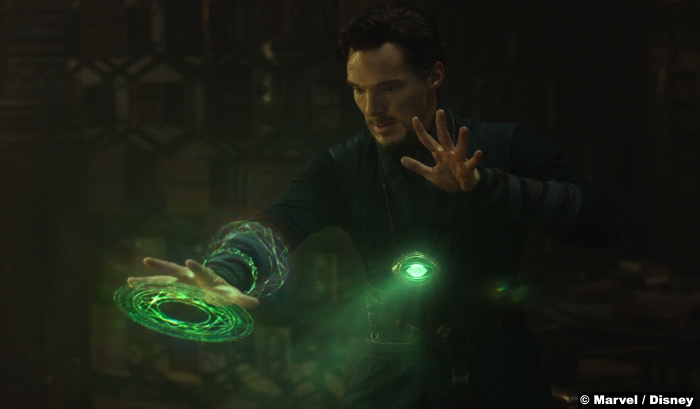 It was good…but it wasn’t great.

Benedict Cumberbatch was supposedly Marvel’s pick for the role from the beginning, but scheduling prevented it (at first) from happening. The next name that seriously considered it was Joaquin Phoenix and while he’s an amazing actor, it seems Marvel’s first instincts were right. Phoenix decided not to sign on after long talks and Marvel went back to Cumberbatch, agreeing to work their scheudle around his. That alone shows how much they wanted him, since the MCU is a very finely tuned production machine these days with set-in-stone release dates and precisely coordinated shooting schedules. Securing Cumberbatch was worth the delay, however. He embodies the role of the supremely arrogant doctor turned supremely confident (though slightly more humble) sorcerer perfectly. He nails the role immediately, just like RDJ, Chris Evans and Chris Hemsworth did in their first solo outputs. Casting is the real MVP of the MCU.

The 3D and special effects were hyped and promised to be mind-bending, and while you should never get your hopes too high when it comes to 3D tech at the movie theater (there’s only so much they can do with the tools available), the movie does at least justify seeing it in 3D, which could not be said for Civil War. It uses 3D to create depth in key action scenes (where a lot of the action involves jumping through portals from one location to another), which is the only way the tech works since just having things jump out at you is a novelty that grows tedious midway through a film. There are a two other scenes in particular that involve the “trippy” and “far-out” effects Kevin Feige teased when he first revealed the movie, and while it’s nothing that you haven’t seen before (going as far back as 2001: A Space Odyssey, or even the climax of Ant-Man), it’s well-done and will make you say “oh cool” at least once.

The third act twist is where the film really rises above being “just another superhero origin story.” It’s not so much a twist in plot as it is a twist in trope. Marvel movies in particular have a habit of being very formulaic with their origin stories. The hero is introduced, given his powers, encounters the villain, trains some, fights and defeats the villain, the end. There’s very little alteration to the formula, and with all the money they’ve made, there’s little reason to alter it. But with Doctor Strange, there was the risk that the movie would be too by-the-book. It needed a little something different to justify its existence. What we got is the best subversion of the “final boss fight” trope since Guardians of the Galaxy ended with a dance-off. The final fight cunningly inverts the typical super hero movie final battle, which usually sees hero and villain duking it out while “the city” around them is being destroyed. In this movie, the city is put back together and the hero dies (over and over).

Strange doesn’t fight Dormammu; he pesters him. He badgers him. He Groundhog Days him until he finally agrees to just leave earth alone. The montage of death scenes as Dormammu inflicted gruesome and various forms of murder on Doctor Strange only illustrated how little power he had. Strange—in possession of the Infinity Stone of Time—could repeat it endlessly. He literally threatened to annoy the big bad guy for all eternity until he got what he wanted. It was delightfully clever. 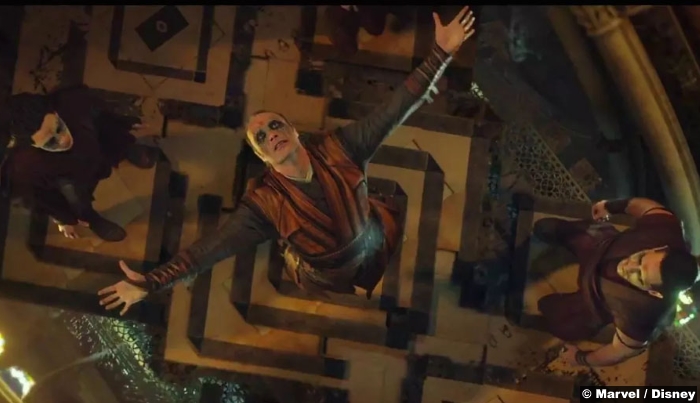 The primary criticism of the film, from which all other nitpicks flow, is the fact that everything felt rushed, like the movie was not given time to breathe. It felt like there was a two-and-a-half movie here that got whittled down to a bare bones sub-two-hour picture. The longer version might not have sold as many tickets (and with an unproven franchise that’s probably why the film was cut down so much), but it would have been a better “film.”

One issue along those lines is how little of the wider magical world is ever dwelled on; there’s few opportunities to pause and admire the big universe we’ve stumbled into. That’s one thing Guardians of the Galaxy did very well. It too introduced MCU fans to a new “universe” (the “cosmic universe”), but Doctor Strange never gives us enough world-building to help us appreciate the “magical universe” we’re being introduced to here. Strange is shown struggling with casting a portal so he’s taken to Mt. Everest and left there until he figures it out (or freezes to death). Next thing we know he’s figured it out and then is cleaning out the local magical library and learning stuff that no student of his limited experience should know. He said previously in the movie that it took him “years” of study and practice to become a world-renowned doctor and the implication is that he’ll do the same to become a great sorcerer. Instead, the constraints of the film force us to accept that he’s just a savant that picked it up after a few weeks. It doesn’t break the movie, but it does make you wish the film would have just slowed down a tad.

The major victim of the editing is the main villain himself. Mads Mikkelsen is a terrific actor but he’s mostly wasted here with a role that offers him maybe 15 minutes of screentime and little dialogue. He’s mostly Darth Vader in A New Hope, only without the mystery to make his limited appearances intriguing. His motive is clear enough, but he’s not given enough to work with to make it interesting enough. He’s supplanted by the bigger, badder, threat for the “final battle” and meets an anticlimactic end. More time could have been given to building his character and making him more than a two-dimensional plot device.

Also, for a superhero adventure movie there’s really only one major fight scene, although it’s a good one. If you’re going to eschew the big final battle for a trope-subversion, that’s fine but you have to replace the action you’re losing in act three for more action in the opening two-thirds of the movie. There are moments of action, but only one extended action sequence (at the New York Sanctum) that really shows off what these sorcerers can do. Other than that we’re given a few chase scenes that use the Inception-style effects the trailers showed so frequently and some cool visuals whenever the Eye of Agamotto is used, but that’s about it. Again, the pace of the film is very fast, so you’re not going to get bored, but you may feel a little empty when it’s over. 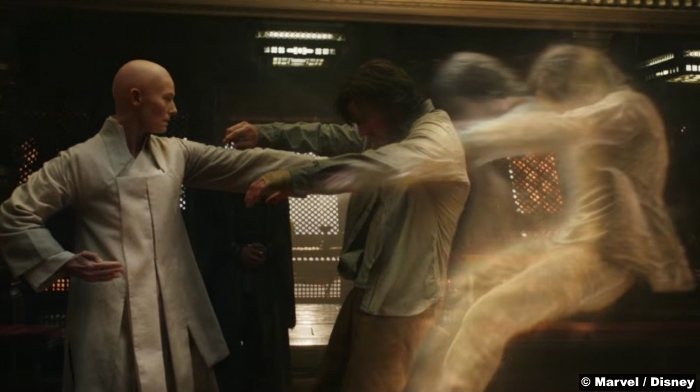 8/10 – Great visuals and acting and a clever third act buoy an unremarkable plot with rushed editing.

Ultimately Doctor Strange does what it set out to do—launch a new solo superhero franchise that can thrive in the post-Iron Man trilogy world—well enough and different enough to keep the MCU going strong, financially. But other than the third act twist on the conventional final battle, the movie plays if very safe, and doesn’t allow itself the opportunity to dwell on the new world it presents to its audience.

The sequel potential (already confirmed and even teased in this movie) is there, and will likely improve on all these criticisms. As it is, the first outing for The Sorcerer Supreme is not a bad movie, in fact it’s a very good movie. But it’s no more than that.