Sure, Justice League (the theatrical release) flopped, but Wonder Woman soared and Aquaman became a billion-dollar earner. Shazam! might’ve failed to make bank but its reputation has grown and a sequel is on the way. That’s the kind of movie DC should have been making in the lead-up to Justice League, instead of bull-rushing toward a team-up movie when no one cared about the members of the team.

Wonder Woman 1984 was a mess and a half but so was Thor: The Dark World. Let’s see if they can pull off the hat trick with the already greenlit part 3. In the meantime, there’s a new Batman on the way, and Dwayne Johnson’s Black Adam movie is scheduled to drop this December. Warner Bros. seems set on blazing forward with more and more (and more) comic book movies. One name is missing, however. Where is Superman? Why is there no sign of the Man of Steel?

Whatever happened to the Man of Tomorrow? 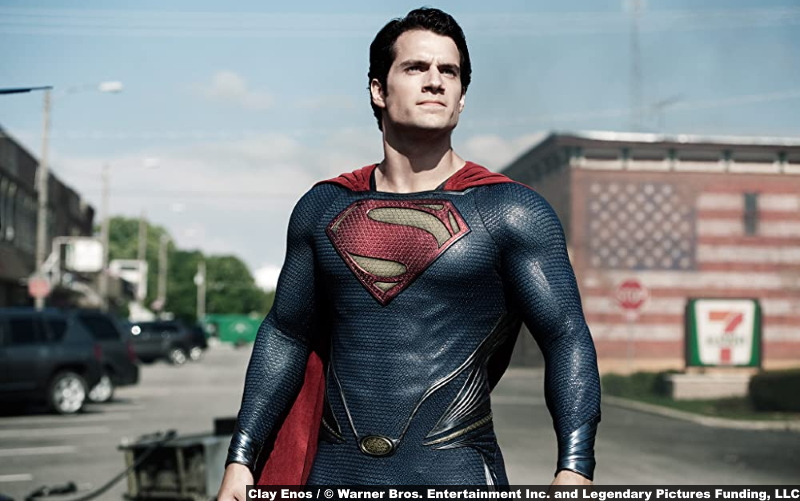 The world needs Superman, and theaters (home or otherwise) need Superman movies. So what took Warner Bros. so long to announce a new movie?

To answer that question we must first answer this one: “Why does Warner Bros. seem to struggle so much with making a Superman movie work?” That is, after all, the likely reason Henry Cavill has not officially been signed to a new Man of Steel sequel. In total there have been eight movies starring Superman: Four starring Chris Reeve, the one Brandon Routh film, the two Cavill films, and Justice League. Of those eight, only two were financial success stories. Technically BvS made money, but it was considered a disappointment because it fell below projections by about 250 million. Those two financial successes were also the first two movies, from 1978 and 1980. It’s been one financially underwhelming entry after another since then.

With Zack Snyder’s Justice League coming next month, and with Superman himself being the focus of so much of that film’s scrutiny, it seems right to ask the question: Why does Warner Bros. seem to struggle so much with making a Superman movie work?

There are, I think, three reasons for the struggle, and if WB can fix these three things, they can find a Superman movie that’s not only beloved by comic fans but is a hit with casual audiences too. Here’s what WB/DC needs to do…

Move forward; stop looking back so much.

Superman Returns was an odd idea from its inception. The idea behind the movie was not to make a modern take on the classic character, but instead to make a sequel to 1980’s Superman II, while pretending that Superman III and IV didn’t exist. Today, such a writing gimmick is not unheard of (Rocky Balboa and Halloween 2018 are two that come to mind), but at the time it was novel. Everyone was familiar with the Dick Donner Superman movie and even though the Dick Lester follow-up was a lesser film, it made big bucks and established the franchise. Christopher Reeve’s portrayal of Superman became instantly iconic and the measuring stick for all others that followed. On paper you can see the team behind Superman Returns would want to latch on to that established continuity and the nostalgia those early movies generate. On the other hand, Reeve wasn’t available, the story told between Superman I-II was finished, and after twenty-five years, Reeve’s Superman was beloved as a novelty of a bygone era.

Trying to repeat the same charm and quaintness in 2006 with a new actor emulating Reeve was doomed to fail, and it did.

Zack Snyder deserves credit for trying to tell a new kind of Superman story with the Man of Steel, but after the middling response to it and the post-opening weekend crash that befell Batman v Superman, the studio insisted things revert to the aw-shucks style made famous by Reeves. This tonal shift from moody and borderline depressed to smiling and witty happened within the course of half a movie, courtesy of Joss Whedon’s very particular style (a style that was oil and water when paired with Zack Snyder’s previous movies). It felt forced because it was. Warner Bros. panicked and insisted the character “go back to what worked…forty years ago.”

The only way Superman is going to strike a chord with modern audiences is if he’s allowed to be his own character. The Man of Steel existed long before the late, great Chris Reeve donned the blue and red. Reeve didn’t invent that portrayal of Superman; he merely reflected what the character was like in the comics at the time. Let the next Superman movie do the same. Let go of the past and make Superman a modern hero.

Now, of course, Snyder fans will be quick to say “that’s what Zack did!” To which I will reply…

Have the dude smile for a change! 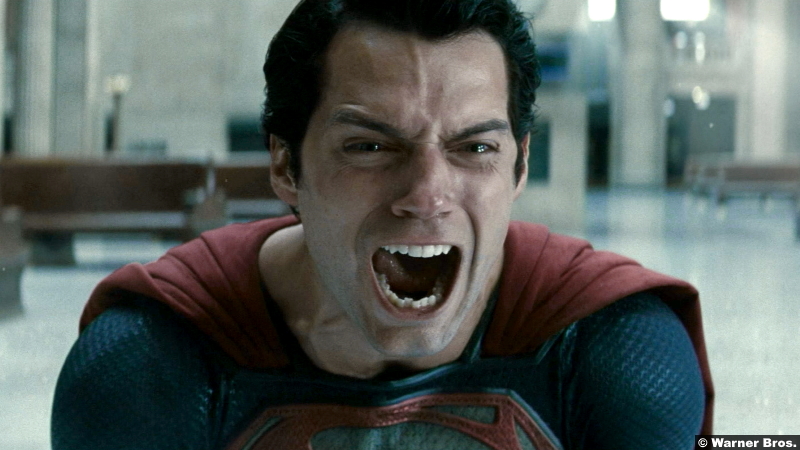 Snyder didn’t fail because he tried to make a modern Superman. Actually, that was the best part of the Man of Steel: How would the post-9|11 world react to an all-powerful alien coming to live on earth (as an American-immigrant, no less). As it turns out, we would probably be jerks to him. That part was strong, at least on paper. The problem came in the execution. Snyder failed because he made Superman mopey, angsty, conflicted, and often just…sad.

Snyder apologists will point to the intended three-movie storyline beginning with Man of Steel, climaxing with Batman v Superman, and resolving with Justice League. The idea, so it goes, was to introduce Superman and all his inner turmoil being mistrusted by the people of earth. That mistrust would then be manifested in the form of Batman, who sees him as the ultimate supervillain to take down. Finally, after dying, the people would come around to see what a good guy he was all along and then he’d be resurrected in time to stop the big bad from blowing up the planet or something, taking his place as the hero that everyone both wants and needs.

Again, it all sounds good on paper.

It failed, however, because audiences simply weren’t patient enough to sit through a movie where people don’t like Superman, and then another movie where Batman tries to kill Superman. By the time the third movie came out, the public was so turned off by the story being told they simply skipped the payoff, giving Justice League a box office performance of 200 million domestic (as much money as the first Avengers movie made in its opening weekend). Justice League had a lot more problems than just that, but a lot of the negative reception to it was due to fans tuning out of the Snyderverse and how morose and sad everything was all the time. Superman can be modern and optimistic and audiences seem to prefer him that way. They don’t want to see him be the central character in a three-film saga of sadness; they want the man of tomorrow…today. 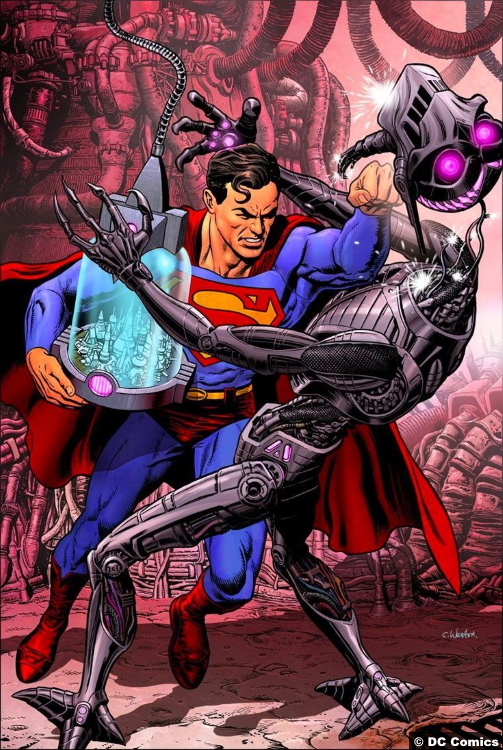 One of the common criticisms of Superman is “he’s so overpowered there’s no drama” and “you can’t hurt him without a magic green rock so there’s no drama.” On the contrary, Superman has a ton of rogue’s that are more than capable of doing him damage (without the need for kryptonite). But, other than Zod, none have really been explored on film. My worry is that, with the failure of Justice League, Warner Bros. might move away from the crazier side of Superman’s lore. That would be a mistake. Comic books other than Batman are often crazy (and even Batman has its fair share of crazy stories too). The movies should reflect that.

You know what’s crazy? Guardians of the Galaxy is crazy. You know what’s crazy? It’s crazy that Marvel was able to take a bunch of B-characters and build them up over the course of a decade, with box office hit after hit, until paying off their story in the most mind-bending, time-twisting, universe-spanning, team-up movie of all time. And not only did Endgame give comic book fans what they never thought they’d see (the occasional universe-shattering crossover mega-series adapted to film) but they managed to turn it into the biggest movie in box office history.

Meanwhile, Justice League tried to release their big team-up movie with big, cosmic implications as the fourth movie in their shared universe. Endgame was the MCU’s twenty-second movie. You know what the MCU’s fourth movie was?

Kevin Feige’s patience is what won the day for Marvel. DC’s impatience is what handicapped them out of the gate. The temptation for Warner Bros. is to learn the wrong lesson. Instead of saying “we tried to go crazy with Darkseid and Steppenwolf and Mother Boxes, etc, and no one came to see it!” the lesson to learn should be “tell your story but take your time. Be patient.” Fans will embrace the wild and crazy side of comic book stories if you build up their tolerance and ease them into it. Ghostbusters begins with a single librarian-ghost that just wants people to shush in the library. The movie ends with a skyscraper-tall marshmallow man wreaking havoc on New York City. It got from point-A to point-F by slowly ramping up the crazy until the audience was willing to accept anything.

DC’s TV department recently pulled off Crisis on Infinite Earths, which brought multiple heroes from different universes together to save the day. The Crisis on Infinite Earth story is easily DC’s biggest “universe-shattering crossover mega-series” in their printed arsenal and it ended up being adapted, not as a multi-billion dollar-earning feature film, but as a small-budgeted made-for-TV episode series.

Something very wrong occurred along the way for that to happen.

WB need not learn the wrong lessons from Justice League’s failure. Don’t shy away from Superman’s crazier, more cosmic side. Instead, they need to embrace it. Use it. They should use Superman to back-door those elements into the wider comic book universe so that when it’s time to try again at a mind-bending, time-twisting, universe-spanning, team-up movie, audiences will be conditioned and ready to embrace them as well.

Or they can just do Superman vs Lex Luthor again.