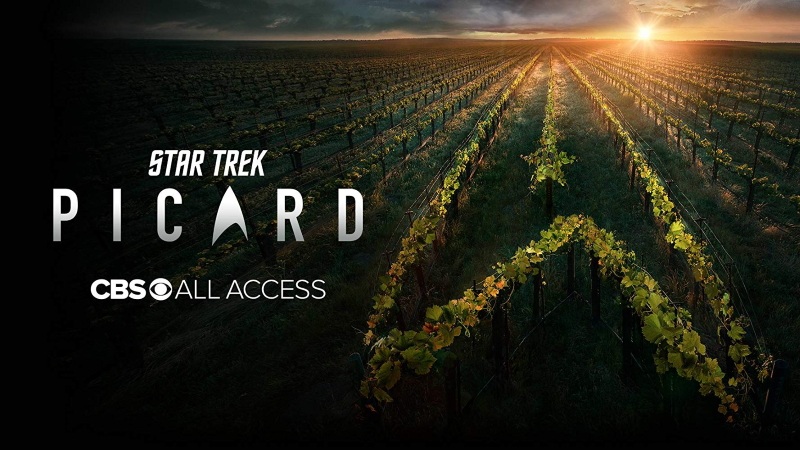 Episode nine earns a 1/10 – Hammy, overacted, contrived, and soulless, Picard’s season finale (part one) sticks the proverbial landing about as well as Troi when she piloted the Saucer Section…

If my math is right those ten episodes combined to earn 63/100 marks, which means a 63%, but since we’re using the old USA grading scale that I grew up with that means it earns a low D, barely above an F. Now, D’s get degrees I always say but in this case, I expect more from my Star Trek than doing juuuust enough to avoid failing the class.

So let’s try and breakdown what exactly caused Picard to be such a disappointment. Of course, I recognize that there are Star Trek fans out there who loved Picard, who have nary a complaint with the show and who excitedly await season two. That’s great. Don’t let someone tell you that you’re a bad person for liking something. You’re not a bad person if you liked Picard Season One.

You’re wrong, but you’re not bad. 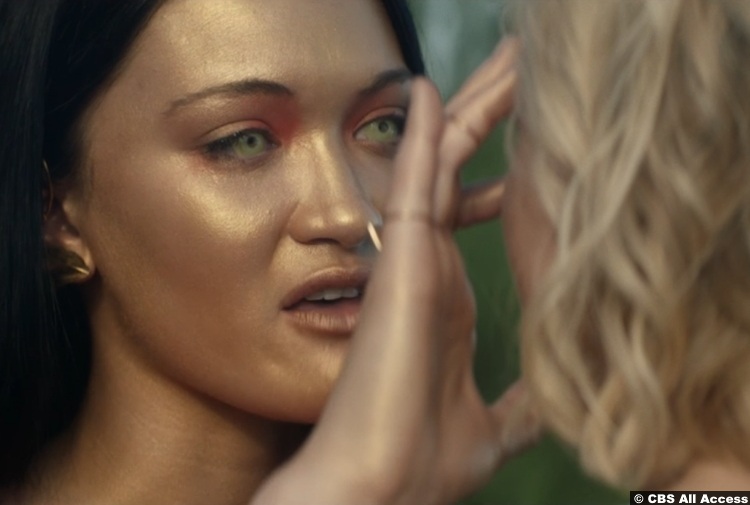 The way I see it, Picard’s first season drew inspiration from a handful of key Star Trek TNG episodes and movies… 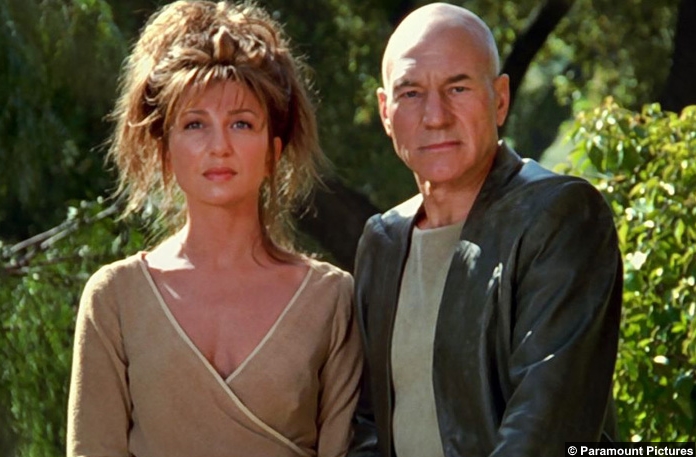 Often treated as a lesser Star Trek movie, I’ve always had a soft spot for this Michael Piller-penned film. It was deliberately made to be an easier-breezier movie compared to the weightier, more dramatic First Contact, so I don’t begrudge it for what it was never supposed to be. When judged on its own merits it’s easily one of the best odd-numbered Trek films and one with a great science-fiction morality play at the heart of it.

The premise concerns an isolated planet in the middle of a dangerous nebula. The planet’s rings act as sort of a funnel that channel the nebula’s radiation to the surface; the effects of said radiation are, essentially, perpetual youth. Upon discovery of the planet, an unscrupulous Starfleet admiral works out a deal with the bad guys to kick the small population off-world to reap the regenerative properties in the fight against the Dominion. When Picard’s moralizing and classic speechifying do not affect the admiral he resigns from Starfleet and takes up arms to defend the planet, fighting for his principles to do what is right. Classic Picard.

Obviously there’s an element of that in the Picard show. One of the big subplots is how Picard retired from Starfleet due to their very un-Gene Roddenberry like methods. Insurrection shows us how it’s always been in Picard’s wheelhouse to toss down his combadge and take a stand for what is right. 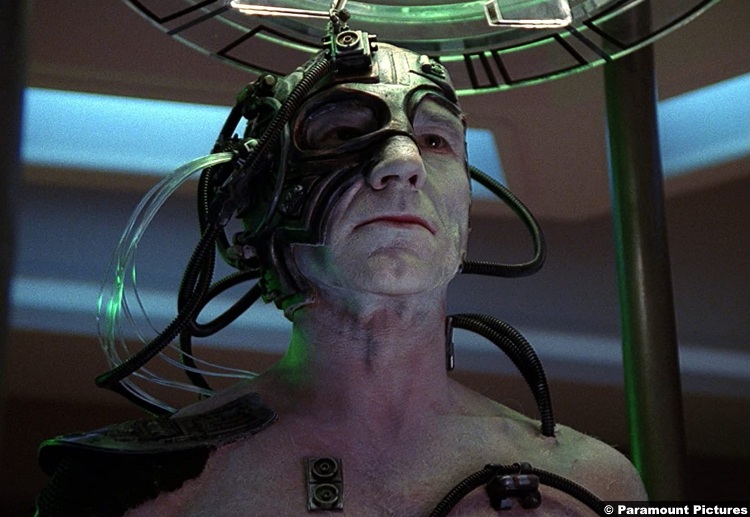 Considering how big a role the Borg played in Picard, it’s understandable that there would be inspiration drawn from the very best uses of the cyborg villains. The Best of Both Worlds was the second time we saw the Borg. They were first seen a year earlier when Q threw the Enterprise well beyond the boundaries of explored space. The brief meeting set the Borg on a path for the Federation and by season three, they had arrived. They capture and assimilate Cpt. Picard and (thanks to his vast knowledge of Starfleet defenses and tactics) decimate a massive fleet of resistance ships at Wolf 359. In the universe of TNG, it’s one of the biggest and most important moments in the history of Starfleet. In the history of TNG the show, it’s one of the most acclaimed cliffhangers in TV history.

Picard and the Enterprise would have further encounters with the Borg over the years, but in First Contact we got the true sequel to Best of Both Worlds. A Borg Cube invades Sector 001 (our solar system) and fights against a last stand of Federation ships. Before the cube can be stopped, they trigger a temporal portal and blast to the past, intending to assimilate Earth three hundred years early. The Enterprise-E follows them back in time, helps kick off the Warp Age, and kills the Borg Queen in the process (or so we thought), bringing closure to Cpt. Picard and the emotional scarring handed down to him years before.

THE MEASURE OF A MAN 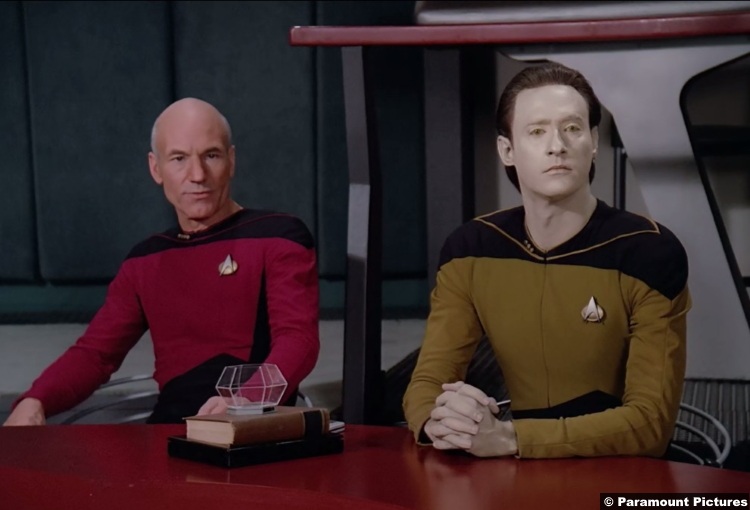 So much of Picard is about Android rights and the slippery slope we come to when we strip those rights away. Listen to this conversation between Guinean and Cpt. Picard during the trial that would determine if Data was to be considered “Starfleet property” or a being with his own rights…

Once upon a time, Star Trek was about things.

Obviously the Measure of a Man is the most important TNG episode when it comes to having a foundation to understand Picard. This speech by Picard, where he absolutely nails Dr. Mattox, is easily a top-five moment for me in all of Star Trek…

That gets to the heart of great science-fiction.

As I’ve said before about this scene, what I love the most about it how purely sci-fi it is, despite there being no crazy aliens, no space ship battles, no technobabble. The episode’s climax simply features two actors debating over whether a machine should be considered alive and what the moral implications are for whatever decision they reach. That’s about as “Isaac Asimov” a sentence as I’ve ever typed. That’s sci-fi. It’s not about the window dressing, it’s about the things it makes you think about. Even a popcorn blockbuster like First Contact still bothered to explore the damaged humanity of the man, Picard. That’s the “human condition” element that Gene Roddenberry wanted to set his show apart from something like, say, Lost in Space.

The connection to the Picard show is obvious, but I’ll get to that more in a bit. 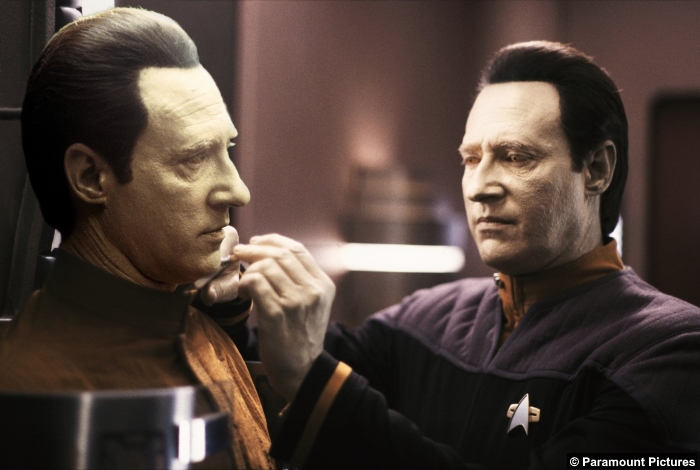 I have no love for Nemesis. In so many ways it’s a crap movie. And I get it, so is The Final Frontier. But do you know the difference between Star Trek V and Star Trek X? The former was made by Star Trek people for Star Trek people. The latter was made by outsiders trying to win over a demographic that didn’t care about it. I can love Star Trek V in all its stupidity because it’s in the family. I can’t abide Nemesis. It’s a pretender, outsider, fraud of a movie.

Nevertheless, it is canon and as such, it ties heavily into the backstory of Picard. In the film, Data dies to save Cpt. Picard and the Enterprise from the scary Romulan ship that can fire while cloaked, threatening the possibility of peace between Romulans and the Federation. That act of sacrifice is the source of Picard’s dreams in the first episode of the show and the reason he was so determined to get to the bottom of the android young lady (ladies) that he met.

PICARD FAILED EACH OF THOSE SHOWS AND FILMS

I was fine with Insurrection’s plot because the evil Admiral was a rogue, he was in the minority, and in the end Cpt. Picard put him away and everything went back to good again. In Star Trek Picard, that Admiral would have been voted President of the Federation. His unscrupulous and callous disregard for others is the status quo. Star Trek Picard is a cynical, bitter, dark science-fiction story. I like a lot of sci-fi movies and shows like that. Battlestar Galactica is dark, Blade Runner is cynical, but those properties aren’t Star Trek. Star Trek is supposed to be different. It was supposed to show us a future that was pure, good. Maybe Alex Kurtzman thinks that’s passe, but the point is just the opposite; it’s supposed to be idealistic. It’s supposed to show us something to strive for. Instead, it settles for something lesser.

The Best of Both Worlds and First Contact gave us Cpt. Picard battling his greatest enemy, being defeated by it, being broken by that defeat, and then overcoming his trauma to conquer it once and for all. As I said earlier, it gave closure to the subject. But in Picard, when he steps onto the cube, he turns into a blubbering baby with PTSD. It reopens those wounds and does nothing with them. And that’s a recurring problem with the new wave of Star Trek; it throws out beloved names, characters, ideas, and moments for shock value, purely too drive a little traffic on twitter, but never to do anything substantial with them.

The Measure of a Man comes out the worst of all this. Star Trek Picard takes that powerful conversation between Guinan and Picard and craps all over it. The show takes the victory achieved in the trial, shrugs, and says “nevermind about that. We changed our minds, I guess.” Androids as slaves? That’s unconscionable, says TNG. But by the time of Star Trek Picard… 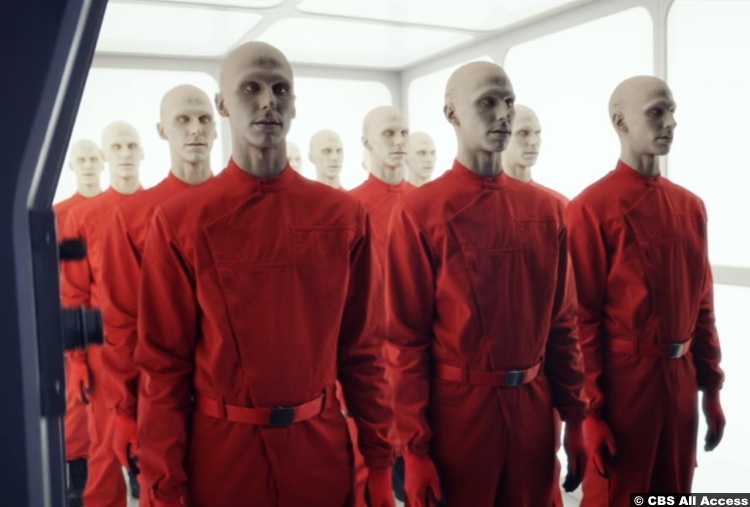 And so the show has to spend a lot of its time re-debating the ethics that were already settled thirty years earlier. Why are we re-litigating this issue? Slavery was the danger and it was settled, but we’re supposed to just accept that a few decades later the Federation was a-okay with making slaves? We’re supposed to just accept that all the morals, the virtues, and the principles that Gene’s future was crafted around were thrown out the window as soon as people had the means to do so? How cynical can you get?!

So while I can look at my rankings and average them out to a D- grade, I have to award bonus demerits for the show giving a big, giant middle finger to the legacy of Star Trek and to the future it was created to tantalize us with. The future depicted in TNG was one I used to dream about living in.

The future depicted in Picard is a nightmare.

3/10 – I have zero hopes for the show to redeem itself in future seasons. Other Trek shows got better with time but they had a foundation to build on. This foundation is sand.

May it be buried.