Episode eight is in the books. You can catch our previous reviews here…

Here’s the state of Picard coming into this latest episode: There are three episodes left. The final two are a two-part ending. The first three episodes laid a solid foundation, though they also showed some cracks in the armor. The bottom fell out of for the middle three episodes, which lacked cohesion and common sense. The final four episodes, if the past two are an indicator, promise to stick the landing, which I did not foresee happening just a few weeks ago.

I’m not going to do a complete 180 and say Picard is now a “great” show. I’m still not going to bother re-watching those middle episodes, but I will say that the series has shown glimpses of what I love about Star Trek.

What more can I ask of it?

My number-one biggest criticism of the show has been its cynicism, with the actions of the Federation and Starfleet, concerning the Synth ban, being the chiefest of sins. That being said, I gave myself an out, way back in the beginning of the show, saying that “if this ends with Picard convincing Starfleet they were wrong and things get back to being a little more optimistic and a little less cynical, then I’m fine with the journey to get there.” 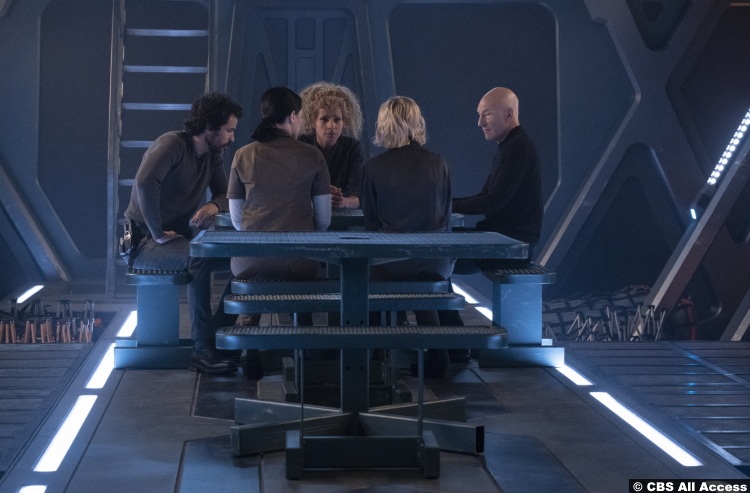 The final few minutes of this episode, which featured Patrick Stewart basically offering the mission statement of the series, was a beautiful monologue of optimism, aspiration, and righteousness in the face of negativity, bitterness, and self-serving cruelness. It’s exactly what I want out of my sci-fi morality plays, and from Star Trek in particular.

It’s no surprise that this episode featured Picard at his most Jean Luciest. He didn’t feel like a “modern spin” on the old captain. He felt like the old captain, albeit one that’s still a little less buttoned-up now that he’s retired.

Setting my praise aside for a moment, I still have lingering problems.

The thing about this series is that it has a host of really good ideas (the rights of androids, Romulan conniving, Picard dealing with Borg drama with Seven of Nine and Hugh, etc) but so much of the overarching plot that unites these ideas is just…badly executed.

After nearly a season of wondering, we’re finally given some details about what set the Romulans on their crusade against synthetic life. From what I can gather, based on the opening scene and the conference room info-dump, thousands of years ago an ancient alien race created synthetic life that became too lifelike and had to be exterminated. Since then, this race has existed in secret, watching other races evolve and develop technology, waiting for the day when some race will create their own synthetic life. At that point, they will intervene and destroy them to prevent synths from destroying the universe or something. 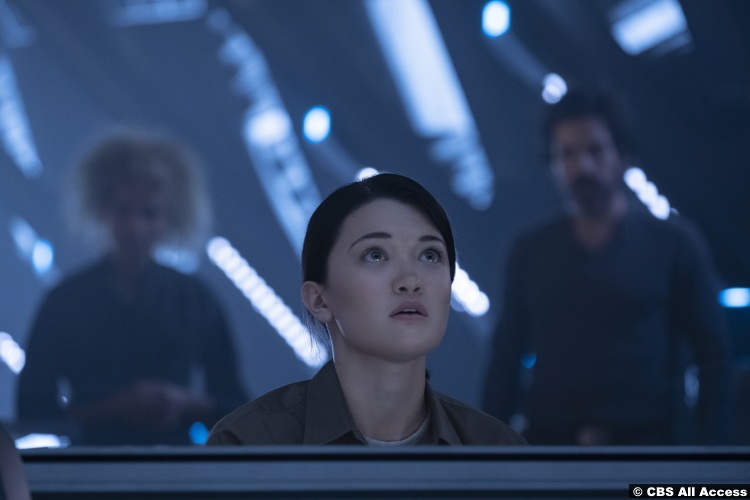 I’m still not happy with all the references to “destroyers” and prophecies and such. Get that fantasy stuff out of science-fiction. But the core idea is good, as are most of the show’s core ideas. It’s just the way they went about telling it hasn’t always been so good.

That being said, it’s hard to be too negative this week.

There were two very good “Classic Picard” scenes: One came during a quiet meal with Soji, where he says that he loved Data “in my way,” and admitted that they shared in common a difficulty expressing affection. That’s the Picard I knew from 1987-2002. The other moment, as previously mentioned, came during his monologue, which laid out the series thesis: the Romulan Empire harmed their own people because they chose to listen to fundamentalist extremists (Zhat Vash) and thus shunned outsiders (synthetics). 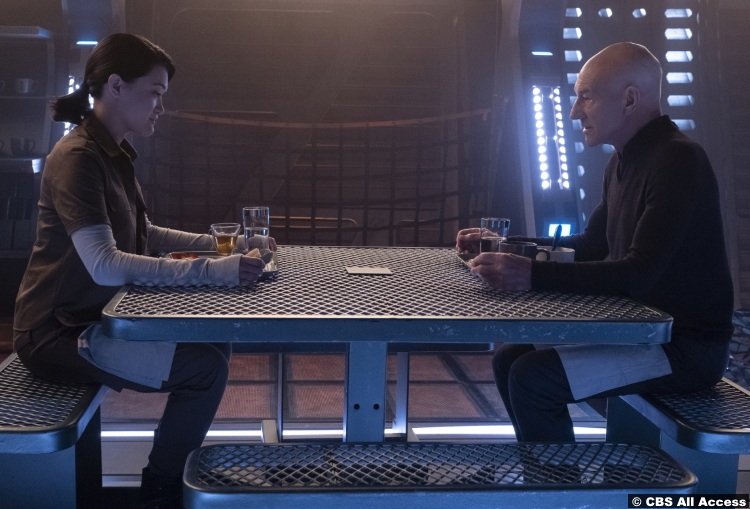 It’s a Brexit parable, which is what everyone knew going in. And that’s okay: Star Trek has always used present issues to preach its message. If you don’t like that, go watch Lost in Space. What’s not okay is how they took a very good core idea and watered it down with soap opera villains, warnings about prophecies of doom, and ice skating on Borg Cubes.

In short (and I’ll say this again when I do my overall season-one review) this season would have worked a lot better had it only been six episodes long and featured a lot less Borg Cube shenanigans.

9/10 – Broken Pieces gives me hope that this show will stick the landing and earn its place in the pantheon of Star Trek.

Next week brings us part one of the two-part finale and unlike with both seasons of Discovery, at this point in the season, I’m still interested to see what comes next.