Star Trek Picard S01E06 Review: The Impossible Box – As good as it gets, I guess

Episode Six is in the books. You can catch our previous reviews here…

It’s funny, looking back over the previous scores and you’d think I’d like this show better than I do. Out of a possible 50 points, I’ve given the show a 37/50 thus far, which is good for a 74%. That’s a C-grade where I’m from. That’s passable. If I was to go back and score previous Star Trek shows, they’d probably get…actually, I’ll be right back. 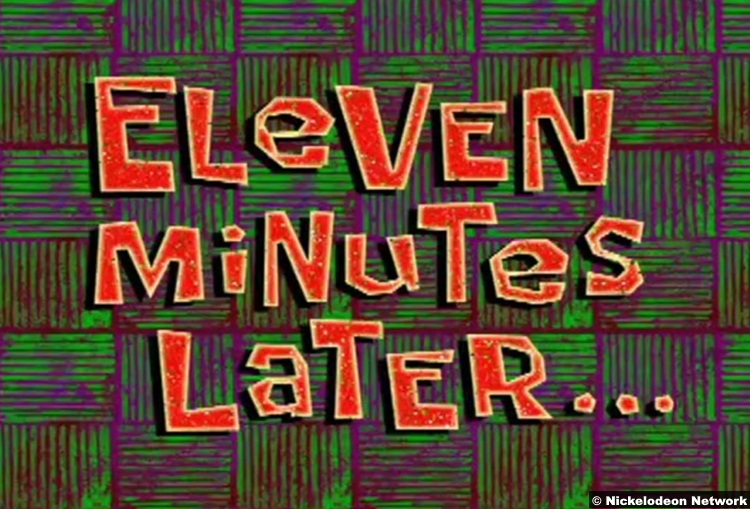 And, for the record, my personal favorite science-fiction show ever, Battlestar Galactica (2003-2009) would score a 95%.

So being the 5th-best Star Trek show out of eight isn’t great but it’s not the worst. On paper I like this show okay. I mean, apparently I do; the scores are what they are. It sure doesn’t feel like I like it. I’m not getting any lingering feelings of satisfaction when I watch. There are just fleeting moments of “oh that’s neat” or “that was a nice scene,” but nothing substantial, and certainly nothing good enough to survive being undercut by so much trash that’s orbiting around it.

There are so many baffling, bad decisions that I just don’t know where to begin. 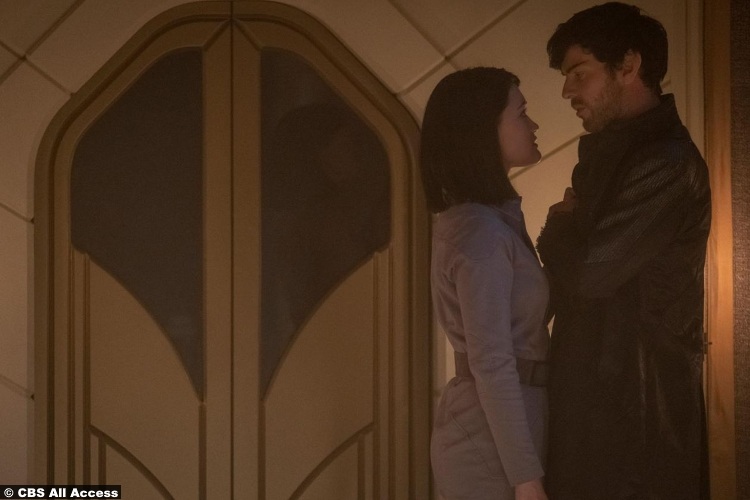 We can start with the writing in general, which continues to be hamstrung by soap opera-tier plot-twists and melodrama. It’s a problem that permeates every storyline and every scene, though the worst offenders are the ones that focus on the happenings on the Borg Cube. Every line of dialogue is painfully cringy, the decision to do a quasi-incest plot between the Romulan villains is just embarrassing and lacks any of the nuance or sincerity that Cersei and Jaime had in Game of Thrones. The romance between Narek and Soji is also wholly unbelievable, in part because the writing is weak, but also because the acting is on par with a high school drama.

The series is beautifully shot and, if watched on mute, I would probably rate it higher by at least a point, maybe two. I’d have to turn off captioning though; there’s no saving the scripts for these shows. Whenever the Romulans siblings share a scene, the show’s quality instantly bottoms out. It’s the worst-written garbage in the history of a franchise that also spawned this: 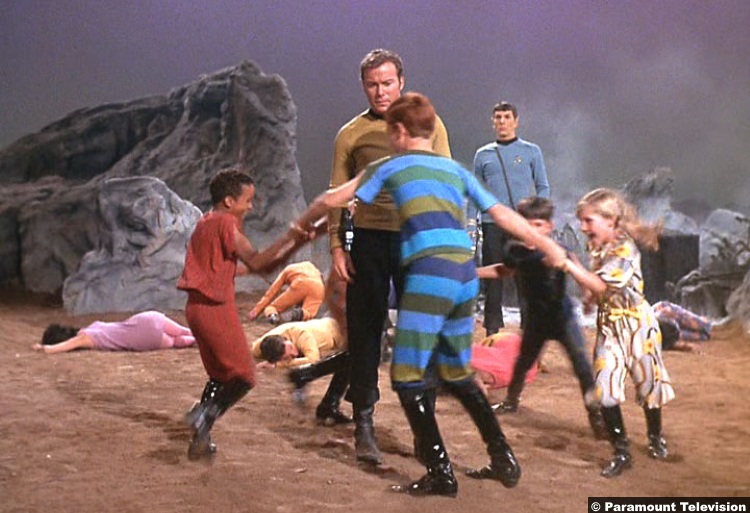 The biggest problem, however, is not the dialogue or the acting (sans Patrick Stewart) or how un-Star Trek the cynical, 21st-century jargon-filled universe is. No, the real killer is the failure of the overall story to grab the viewer.

Why does it fail?

It fails because (1) the mystery the viewer needs answered, and (2) the mystery the characters are chasing are not the same thing. In the show, the driving motivator for the star (Picard) is “get to the girl.” That’s all he cares about. On the cube, the driving motivator for the villains (the Romulan brother and sister) is, I think, “find out where the girl came from without her discovering she’s a synth.”

That’s all well and good but that’s not the mystery for the viewer.

Picard (up until this episode) didn’t know if Soji was alive; we did. The Romulans wanted to know where she came from; as far as I can tell we know where (Dr. Maddox). So the big questions that the characters have, we already have the answers to. That makes the show a step behind the viewer; we’re forced to sit around and wait for the characters to catch up to us.

Meanwhile, the one mystery the audience doesn’t know about is “why did the Synths attack Mars?” and that’s the one mystery no one in the show cares to talk about (if you’re a good guy) or covering up (if you’re a bad guy). It’s just this understood thing that happened, that no one understands, but no one cares to look into. We’re told that Raffi is a conspiracy nut because she thinks there was “more to it” than what everyone was told, but her character isn’t about that; it’s about how she’s a drug-addled alcoholic who wallows in self-loathing. Picard doesn’t care about Mars. Captain Han Solo wannabe doesn’t care. Dr. Jurati doesn’t care… 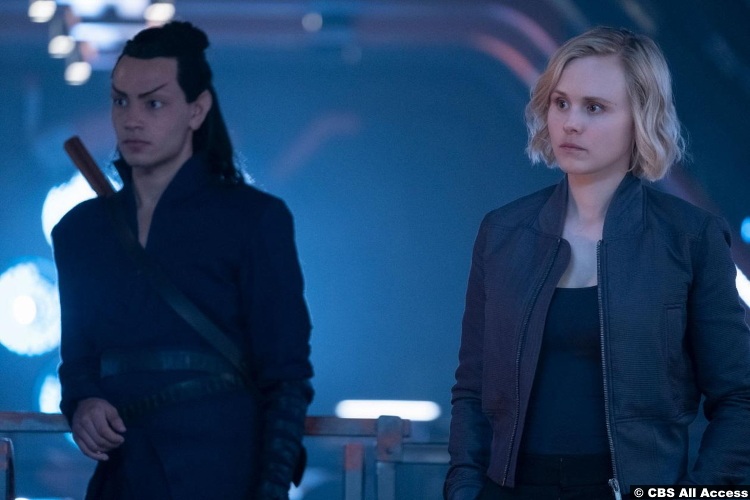 Jurati kills her lover at the end of last week’s episode and then, her only character moment this week is…putting the moves on Han Solo? There’s no follow-up to the killing of Brad Maddox. There’s no payoff to it. There’s no nothing. They just brought back a character that should have been very important to this story, killed him unceremoniously, and now act like he never existed. SO WHY DID YOU BRING HIM BACK IN THE FIRST PLACE?!

How tone deaf is this show? 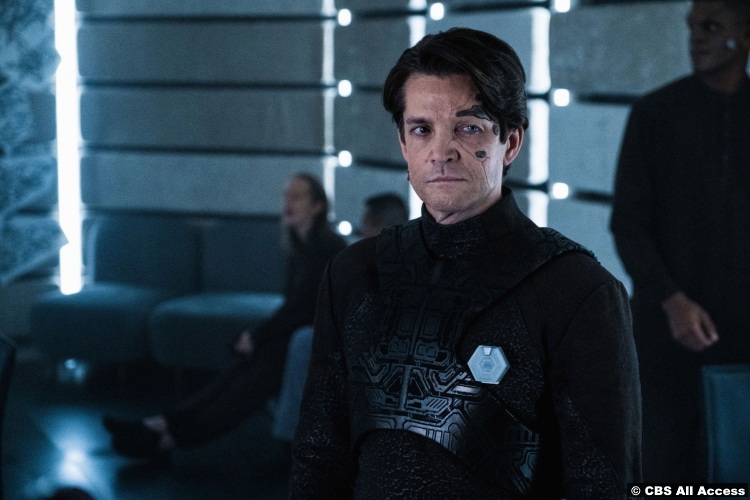 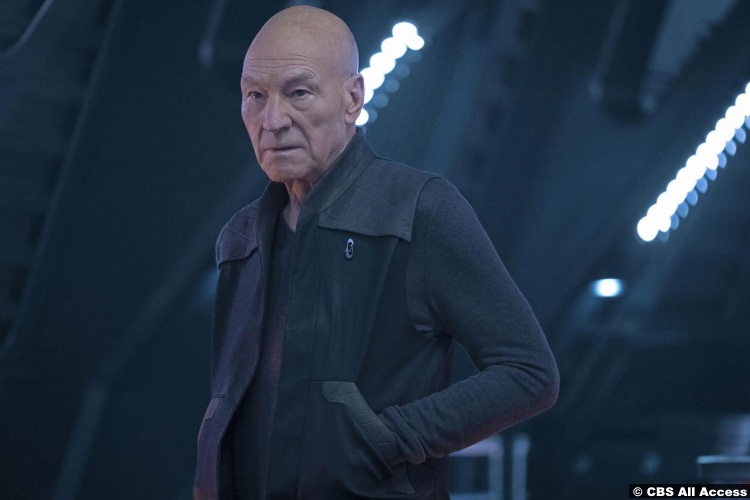 Other flaws manifest themselves in various forms of stupidity:

Why would Narek tip Soji off about her weird seventy-second conversations with mom? If he doesn’t want her to know what she is why plant that seed? Why not just focus on her dreams?

Why does Picard, who once stood down a Borg infestation on his own ship, now turn into a whimpering baby when he steps onto a de-linked Cube?

Why does Hugh get a big intro…like four episodes after he was originally shown? What even is that? You plan these episodes out in advance, CBS; why are you doing it like this?

These are not difficult problems to fix.

Why does Elnor stay behind to defend Picard’s escape when (A) the next wave of Romulan security hadn’t reached them yet, and (B) the escape was nothing more than jumping into a portal: What’s there to defend? The place could have been swarming with Romulans and you still could have just jumped in.

5/10 – I basically hate every character other than Picard and my love for him is purely a legacy matter since he acts nothing like he did in the old days.

Stop the ride; I want off.