Episode Seven is in the books. You can catch our previous reviews here…

Heading into this episode my biggest problem with the show was how un-Star Trek it felt. Secondary to that were the paper-thin characters, hackneyed writing and poor acting for anyone not named Patrick. The show still hasn’t resolved those problems, and in fact, added a whole new one this week.

And yet, this was my favorite episode since the first.

Let’s start with the problems; they still persist. There is a distinct anti-Trek philosophy guiding the writing behind this show; it’s not going away because it’s born out of a cynical pessimism that says “the future as Gene and co. conceived in the 60s was a pipe dream and doesn’t make for good television.”

There’s plenty of evidence the contrary… 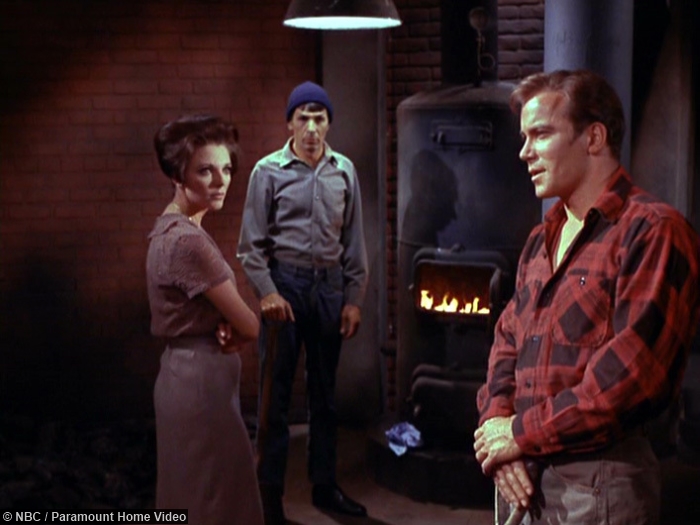 Furthermore, the only solution to bad acting is better actors. Thankfully, at least for one week, Patrick Stewart had some old hands to work with. Also, the only solution to bad writing is better writing, and though the writing never really improved this week, at least the words on the page were being spoken by people who had over three decades of intuition for their characters. Everyone else—the new characters—remain paper-thin caricatures that contribute nothing to the show beyond whatever is needed to service the plot.

And now there’s a new problem: The show basically ran out of steam last week.

The whole season was built around one goal: Get the girl. Picard needed to find the sister of Daaj and rescue her. He did that.

So we have four episodes left; what now? Apparently, now we have to get her to her homeworld, but what are we going to do when we get there? What’s the goal? The Romulans are looking for it, maybe have found it, and maybe-maybe are heading there at the same time as Picard, but is Jean Luc planning on taking on the Zhat Vash by himself? Without even his ninja Romulan buddy? It’s like his (new) plot is building toward a small, character-driven finale, while the enemy plot is building toward a big, spectacle, action-driven finale. How are these two paths going to come together in the finale in a way that makes any kind of thematic sense? 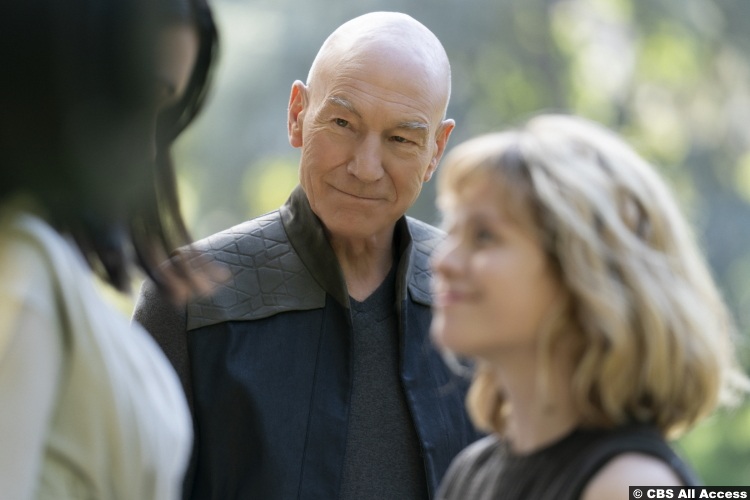 The season’s overall plot, which I assume was mapped out before shooting began, feels like a first draft that needed fixing. Instead of Picard’s mission being “find the girl” it should have been “get the girl to the planet for ____ reason.” That makes finding Soji a piece of the puzzle, not the whole shebang. Last week, flawed though it was, brought the season to its climax at the point in time where it was supposed to be its Second Act Turn.

Showrunner Michael Chambon is an acclaimed sci-fi and fantasy writer so I’m not going to disparage his skills; he’s got em. But I can’t make heads or tails of the way he laid out the story for this season.

I say all that, and yet, this episode was the best since week one.

Why was this the best in weeks? 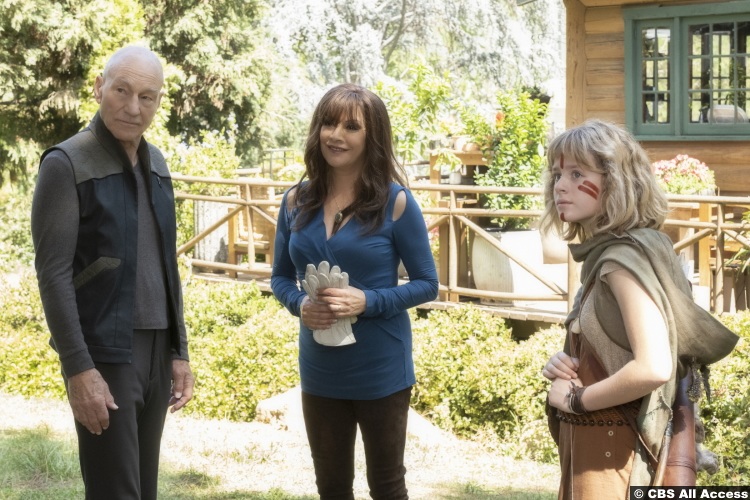 Probably because the bulk of the hour-long episode was spent with good actors playing well-developed characters, in a simple setting, with a subtle sci-fi premise in the underpinning.

Picard and Soji visit Riker, Troi, and their daughter. They live on a three-mooned planet in a cabin tucked away on a range that looks like the Smoky Mountains. It’s peaceful and serene and provides a great backdrop for the events that unfold.

The core of the episode is about Picard realizing that he has no idea what to do with this girl now that he’s rescued her. Of all the people in this show getting their jollies talking down to Picard, I appreciate Riker doing it in a way that actually made sense: Picard doesn’t know what to do with a teenager. He doesn’t even know what he wants to do. Like the show itself, he seemingly has no next step. All he knew was he needed to get her. 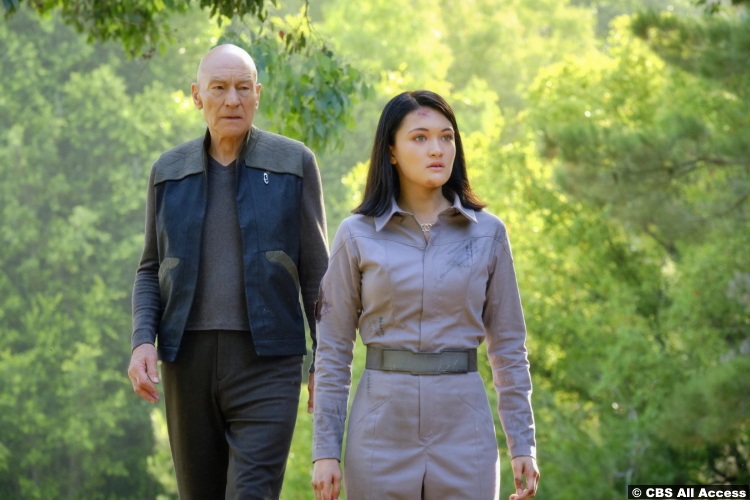 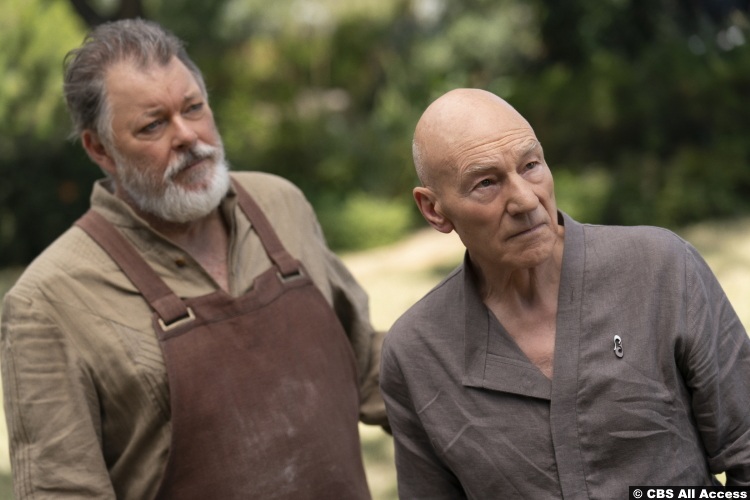 I suppose he didn’t anticipate getting her three episodes early.

What follows, however, is a great little self-contained, subtly-sci-fi story, where Soji comes to terms with being an android and what that means. She experiences fresh fruit for the first time, contemplates how everything about her—including her tears—is artificial, despite how “real” they seem, which leads to Troi explaining to her that, just because she’s artificially made, doesn’t mean she’s not real.

There’s also the problem of trust. Soji has only just discovered what she is and it happened in the most violating and exploitative way imaginable. Naturally she’s got trust issues, something Picard failed to appreciate, leading to his getting (mildly) attacked for his trouble. He redeems himself and begins to win her trust later, in a marvelously acted and directed scene at dinner. Nevertheless, I appreciate very much how Soji basically suffers from Last-Thursdayism-panic. Last-Thursdayism is the hypothesis that says everything (literally everything) was created last Thursday, including our memories of things that existed, seemingly, before then.

In Soji’s case, she was created only three years ago, though up until yesterday she believed she had been alive for twenty years. Her entire framework for understanding the world has been shattered and it’s going to take time for her to accept, not only who she is, but whom she can trust.

All of that is explored in about 45 minutes of this 58-minute episode. Those forty-five minutes made this the best outing since the premier.

As for the other 13 minutes…that’s where the show really struggles. 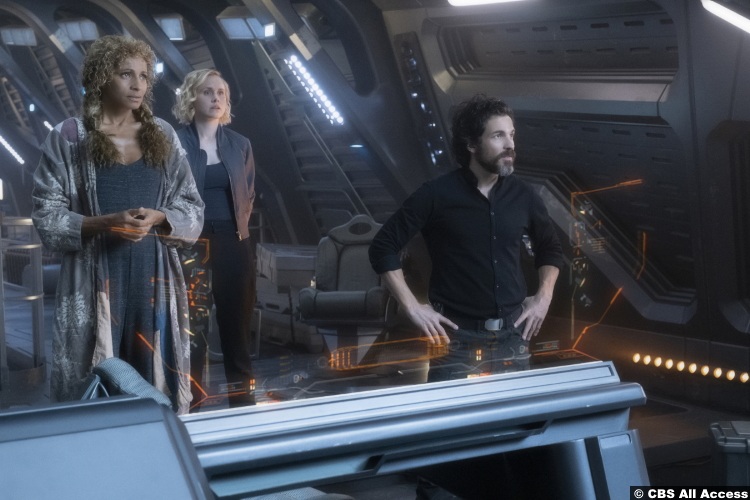 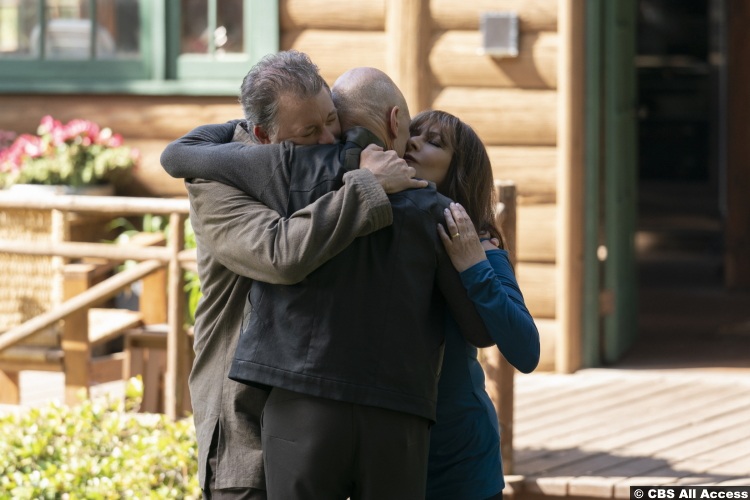 The show still has a problem with three episodes to go and no longer having a clear driving plot, but we’ll see what happens; maybe, unlike Discovery, it will stick the landing and give me something to look forward to.

I hope it does.