Episode nine is in the books. You can catch our previous reviews here…

Episode nine earns a 1/10 – Hammy, overacted, contrived, and soulless, Picard’s season finale (part one) sticks the proverbial landing about as well as Troi when she piloted the Saucer Section…

And so ends Picard season one. The show premiered with a strong trio of episodes, bringing me solid optimism, only to disappoint in the middle, rebound a bit for a fool’s hope, before crashing and burning for the ending. It makes me sad. What’s more is I found myself not even “hate-watching” it, the way I do Discovery. I can’t even derive perverse pleasure in watching a train wreck because it’s not a train wreck; it’s just a horrible disappointment.

I’m so over the show that, as I sit here, days after it aired, I’m struggling with what to write. I have a full season review planned for later in April, but for now, I need to write something about the first season’s final episode. Yet, I can’t even come up with specific problems to write about, beyond a shallow “list of things I didn’t like.” Usually I’m able to identify a theme or one big problem that sort of ruined the whole lot of it, but not here. It’s like there just isn’t one major problem that everything else falls into. I suppose that’d be an “episode one” or and an “episode three” thing but not here at the end of the season. This is where all the story beats and plot threads come to a head, so if those beats and threads were bad in the episodes leading up to this, there’s little chance it’ll be salvaged at the end.

When you cook with bad ingredients, the pie’s not going to turn out great.

Picard’s final episode is a slow-moving demonstration of a flawed story finally collapsing in on itself like a black hole of mediocrity. There are flashes of good stuff to be found here and there, but those fleeting moments are lost amidst the overall ton of crap. 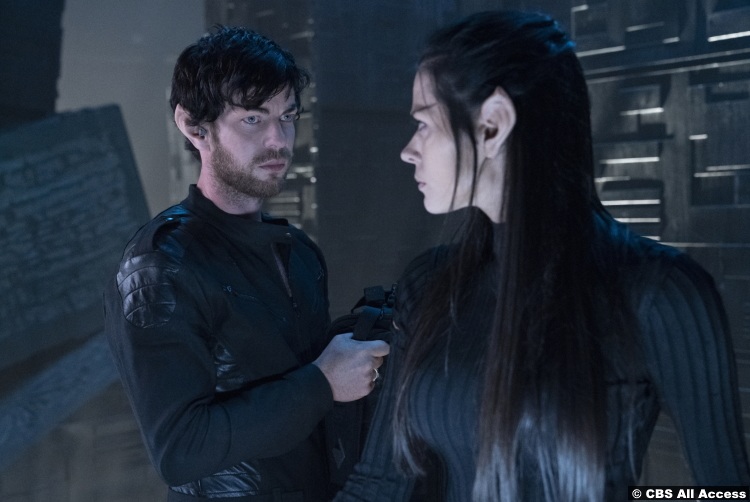 Agnes saying “make it so”

Seven of Nine saying “This is for Hugh!”

Oh man, I hate it all. Discovery has the same problem with its dialogue, and since both shows have different writers but the same executive producer, Alex Kurtzman, I’m inclined to blame this on an intentional tone they’re trying to set as opposed to general incompetence.

Go back and watch any of the old Star Trek shows. From the Original Series through Enterprise, the quality went up and down but the dialogue always maintained a kind of gravitas, like it was a stage play. The CBSAA shows have much more relaxed, quippy dialogue, where everyone has to be cool, everyone has to have wit, everyone has to sound like they’re from 2020 and not four-hundred years later. It waters down the overall product and I can’t criticize it enough. 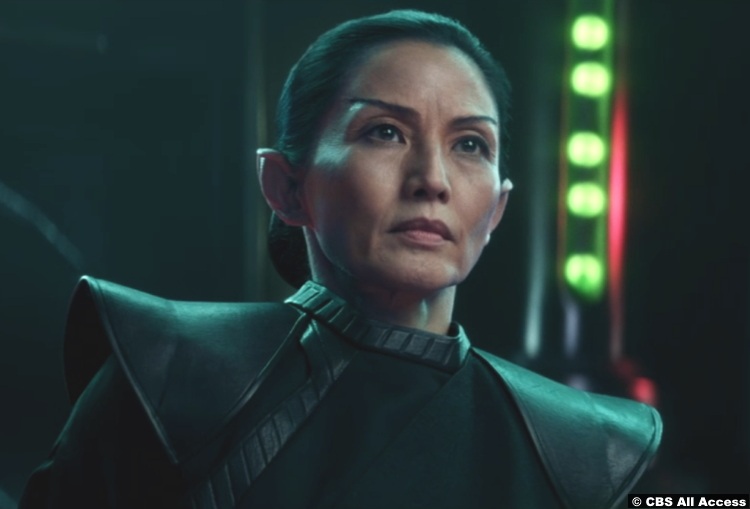 I’ll save much of my thoughts on this subject for the big season one review, but just in terms of the final episode, there’s Narek suddenly joining Team Picard, his sister remaining a bad guy, Commodore Oh revealing her true-villainous nature, and Soji going full heel at the drop of a hat. These things all happened either within the span of one episode or even off-screen in between last week and this. It’s all so lazy and rushed. Better direction might’ve been able to mask those flaws but Kurtzman pretended to be the director once again, which means the show had no help behind the camera either. 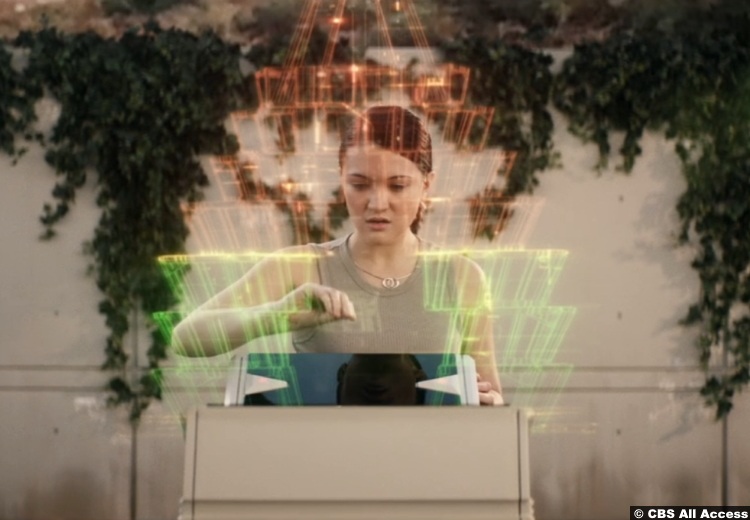 All season long we’ve been building toward the reveal of this higher, advanced, alien race that wants to destroy humanity or something like that. The final episode devotes approximately eight seconds to these aliens. We learn nothing about them. They don’t matter. The season is just a big shaggy dog story. Narek talks about the Romulan version of Ragnarok, which is fine and good for fantasy, but it doesn’t work as sci-fi.

And that’s my biggest problem with the show overall: It’s not science-fiction. It’s future-themed fantasy some of the time and bland melodrama the rest of the time. 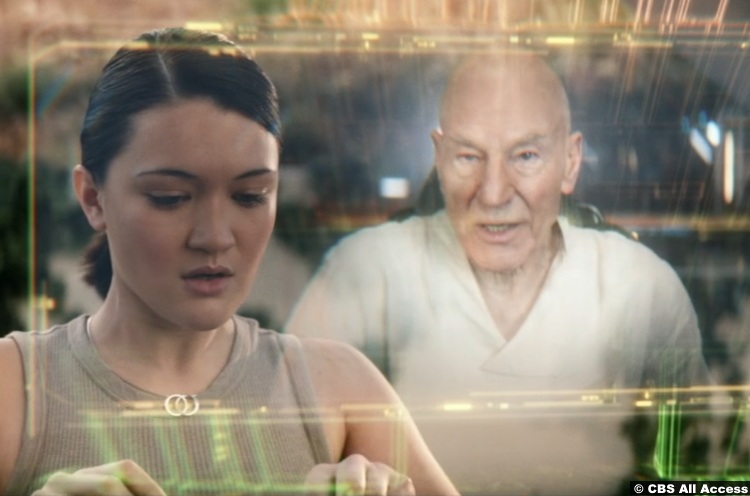 All the Romulans are kung fu experts, apparently.

Picard having to wave his hand around a hologram input to manually fly a ship highlights how dumb this tech is. We’re on the threshold of the 25th century but technology seems to have regressed from the days of even the late 23rd. It looks flashier, but functions more clunkily.

And then there’s the magic Ocarina of Time that can literally do anything you imagine. I get it; as Clarke famously said: “Any sufficiently advanced technology is indistinguishable from magic.” But this is too much. It’s a bridge too far, or at least it’s a piece of tech where we haven’t seen the incremental steps leading up to it, making it seem neither like magic nor technology, but a writer’s gimmick to solve any problem. 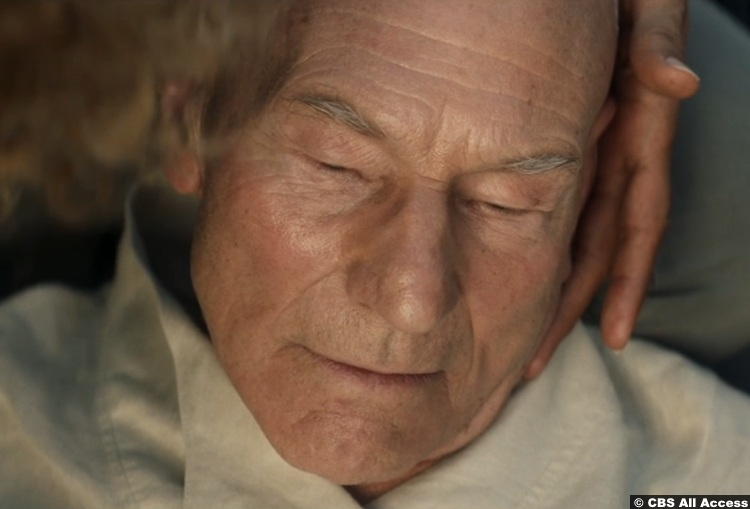 Absolutely nothing about Picard dying did anything for me. That’s partially because it was already revealed that Season Two has been confirmed, as well as because of how much time was left in the episode. Thus, with it inevitable that his death would be reversed, the fact that the episode dragged on and on with it just made the resurrection hollow and, to use a pun, soulless.

Also, who wants to take bets that everyone just conveniently forgets that there is now relative immortality available via transferring your consciousness to a synthetic body?

Finally, I can’t be the only one who thought of the ending to the horrible X-Men 3 movie, where Xavier transfers his consciousness to a conveniently identical comatose twin. Star Trek used to be better than Brett Ratner’s hackneyed ideas but here we are. 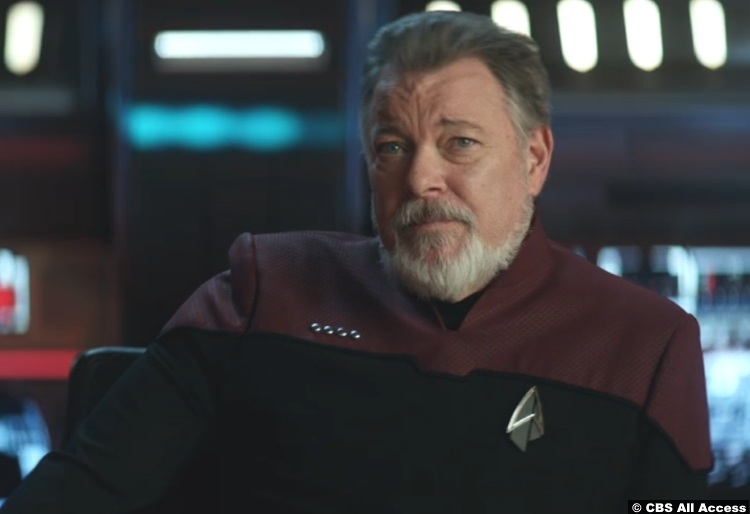 Riker in a uni was nice.

Data wishing to “die” as a way to experience what it means to be alive was a genuinely great moment for the character and for Star Trek in general. Science-fiction, as I’ve said many times in these critical reviews, is at its best when it examines the human condition. Data is one of sci-fi’s best characters for that reason and his ending was a proper sendoff. His death, likewise, had far more meaning for me here than Picard’s did (and more meaning than what Star Trek: Nemesis offered). 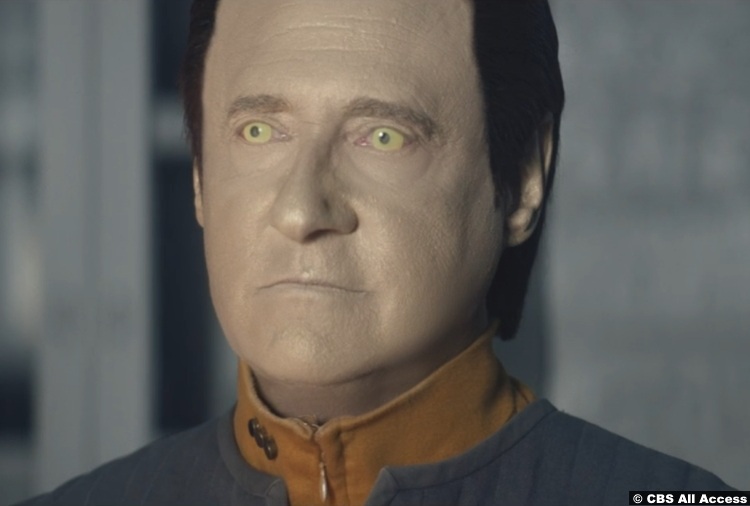 That’s it. That’s all I liked.

Here’s to season two, I guess…