Episode Four is in the books. You can catch our previous reviews here…

Absolute Candor refers to a cultural philosophy where the adherents, in direct opposition to typical Romulan style, speak openly and honestly without any pretense or hidden meaning. It’s a clever idea and might’ve made a fun backdrop for a TNG planet of the week. 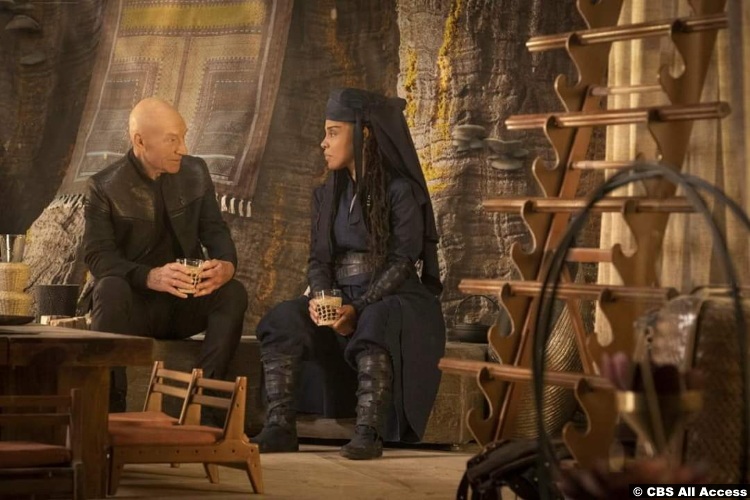 It’s also the philosophy I will adopt for the remainder of this review.

Here are my thoughts, presented in a concise, numerical format, as compiled while I watched the episode in real-time, and given in absolute candor…

(1) This episode sucked. There were sparse moments I enjoyed, but mostly it just sucked.

(2) Watching the “previously on” montage only highlights just how dense the plot of this season is…but then I think about the typical TNG episode and how it would have packed four Picard episodes into a single forty-five-minute runtime. More on that in a sec.

(3) “Even fourteen years ago” the Picard we see is very different from the Picard we last saw on the bridge of the Enterprise at the close of Nemesis. This Picard is affable, relaxed, even dare I say…grandfatherly. It’s strange. It’s not necessarily wrong; it’s just I haven’t been shown the in-between years to make for a smooth transition between “stern and stoic Picard who hates children” and “quippy and snarky Picard who hugs kids and just loves him some adventure.”  That being said, Picard did have his Dixon Hill escapades back in the day so maybe he’s just more comfortable letting his proverbial hair down 24/7 now that he’s retired. 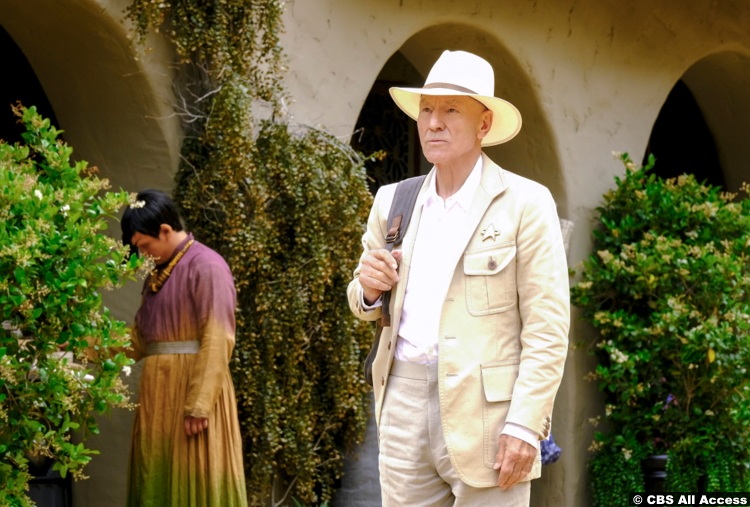 (4) Johnathan Frakes is my favorite Star Trek director. More than Nimoy, more than Meyer, more than Bole. Frakes is the best because he knows the characters, knows where to put them to maximize their strengths, and knows how to balance humor and drama.

(5) Rios made a very brief reference to Klingon Opera and it only raises more questions. I might be the only person interested in finding out more about this guy. I think it’s obvious he has a backstory and it’ll be revealed throughout the season, but I can’t imagine any reasonable theories as of yet.

(6) Two F-bombs in as many weeks, but neither of them felt “in place.” They feel tacked on, try-hard edgy.

(7) Dr. Jurati as the fish out of water works for me as a character trait, but using her as a lazy way to dump exposition kills the show’s momentum. This week we had a five minute straight series of exposition-question-exposition-question-exposition, etc. Parse those out as needed, ‘show, don’t tell’ as much as possible, and do more with Jurati than just have her look dumb and ask “what’s _____ mean?” over and over. 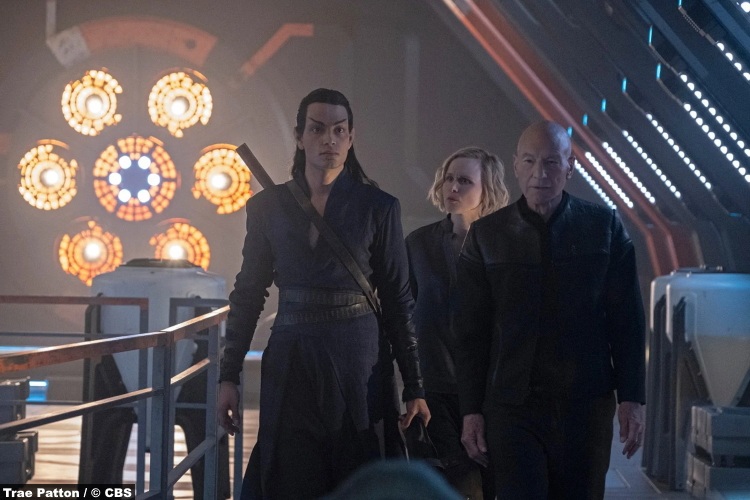 (8) Presumably, Raffi was on the Enterprise-E after Nemesis when a bunch of old-timers like Riker and Data departed/died. Otherwise I can’t imagine how she could have gotten so close to Picard in the time between Nemesis and now. It’d be nice if the show actually explored their relationship but I guess more time was needed with Picard wandering aimlessly around the Romulan refugee planet.

(9) This week’s Borg subplot made me want to gouge my eyes out with a bat’leth. And I could have too. There’s one hanging over on the wall over my head every week. This episode sees our resident Android studying up on the Romulan Miss Cleo she met last week, all the while dealing with high school drama opposite Narek. I can’t stress how little this melodramatic writing is working for me. The nadir (at least I hope it’s the nadir) of the Borg stuff featured an ice-skating scene. I don’t even want to elaborate my thoughts any more on that.

(10) “Man can’t even take a guilt trip without a starship,” is some great writing, right there.

(11) So about this week’s plot. On a surface level, there is one, it just doesn’t offer any meat on the bones and it takes literally half the episode to get around to it. It’s the kind of meandering, piece-moving, set-up hour that works fine when you’re watching a serialized episode during a binge, but when it’s coming out in weekly increments, it’s beyond frustrating. Basically, you can break the episode down to seven simple parts…

That’s a plot, sure. But there’s nothing to any of it. The meat isn’t there except for one brief moment when the Romulan Senator gives an impassioned speech about how Picard and the Federation let the Romulans down. That was the true highlight of the episode and, in true Star Trek custom, it ended with the Romulan Senator dying…cause no one has a mortality rate like a Romulan Senator! 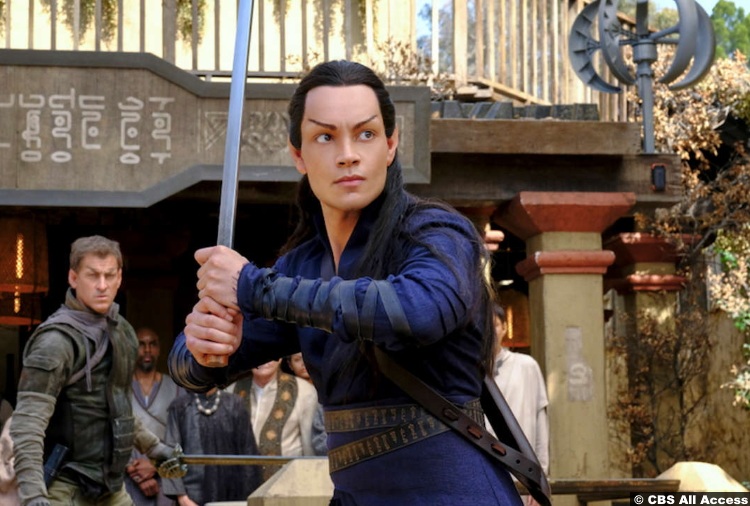 (12) Was that a Romulan incest tease between Narek and his sister? If so…that is not the right takeaway to “take away” from Game of Thrones. Serialized storytelling where things of consequence happen every week is what to model after; Sensationalism for the sake of it only draws attention to the bad writing the sensationalism is trying to cover up.

(13) Seven of Nine made her return here and gets the spotlight next week. She was brought onto Voyager to save a show that was free-falling in the ratings. Picard doesn’t have to worry about ratings but no matter: It’s my interest in the show that’s free-falling now. Hopefully Seven can work her magic once again. 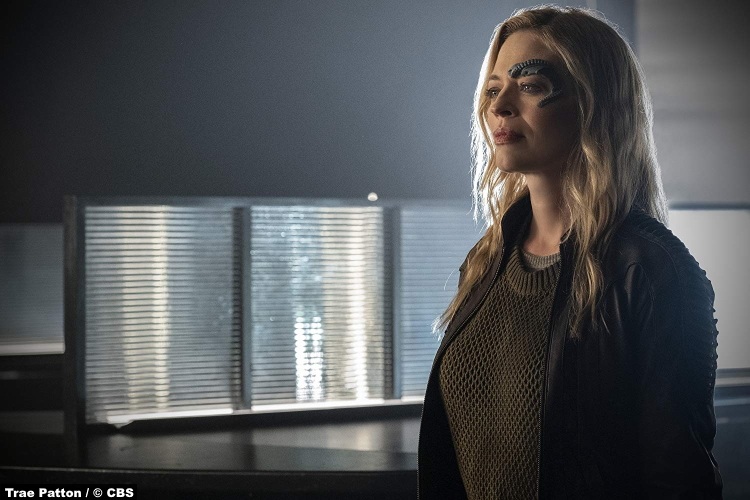 5/10 – I really liked that Romulan Senator’s speech and the space battle had some good special effects. Patrick Stewart’s mellowed take on Picard continues to be a surreal spectacle as someone who’s been watching him play the role for as long as I can remember (literally; I’ve been watching TNG since I was in elementary school in the early 90s). That’s about all I liked.