The Purge S02E08 Review: Before the Sirens – I should have had more faith in Ryan…

As it turns out, I was right to be cynical about the absurdity of the heist. Adding so many extra people, especially people (the Jackals) whose whole thing is that they steal from other Purgers, seemed ridiculous. I should have had more faith in Ryan.

Because while the heist as we understood it seemed like a complicated mess, it’s all smoke and mirrors. Ryan manages to sell it all, though, including frustration when they start closing off the roads around the airport. That’s a problem for Team Heist, because they have to get as close as possible so their jammers will work.

The bad police lady, whom we now know is Sgt. Ziv, says well, she can just turn on the jammers on the tarmac, since she and her team will be there. That will cut Ryan’s crew out completely, so obviously, that’s a no-go. Luckily, Esme has an idea. 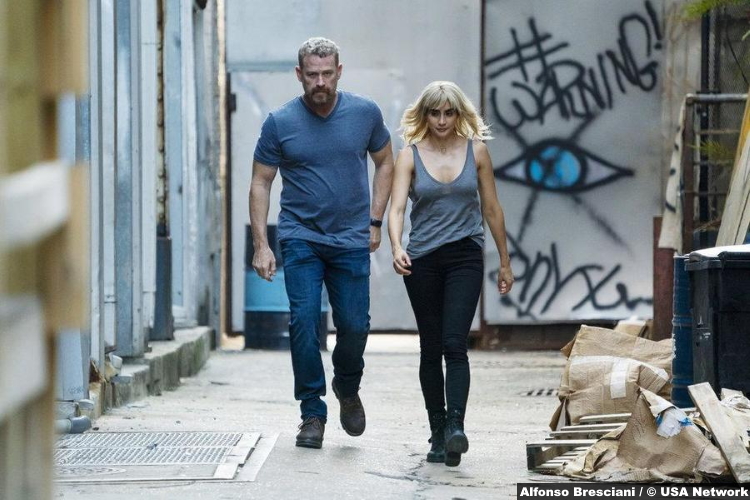 And that’s hilarious, considering how the heist turns out. But first, Esme’s idea: she gets Vivian to make a false tag, basically a purported sighting of Esme near the airport. The security team hustles over there, freeing up the roads. 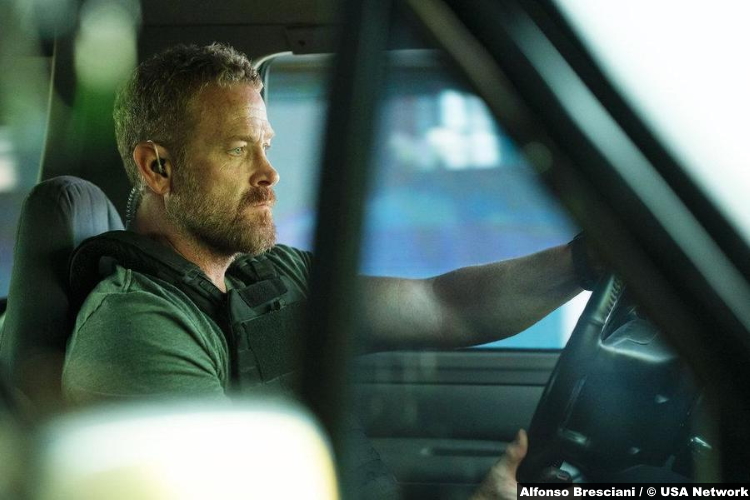 This serves as a one-two punch, as Ryan lets the jammers fly as the security team returns. Ziv thinks that Ryan screwed up by setting off the jammers early. You’d almost think that a snake like her would be automatically suspicious, but based on their past history, I think she sees Ryan as a goody-two-shoes. So it would never occur to her that he’s setting her up.

Actually, he’s setting them all up, because that wasn’t the security detail that returned, of course–it was the Jackals, and they kill Ziv’s whole crew. And then I guess they get to heist? Because as it turns out, the money wasn’t the point of Ryan’s crew’s heist. This is a jailbreak, and they’re coming for Tommy. 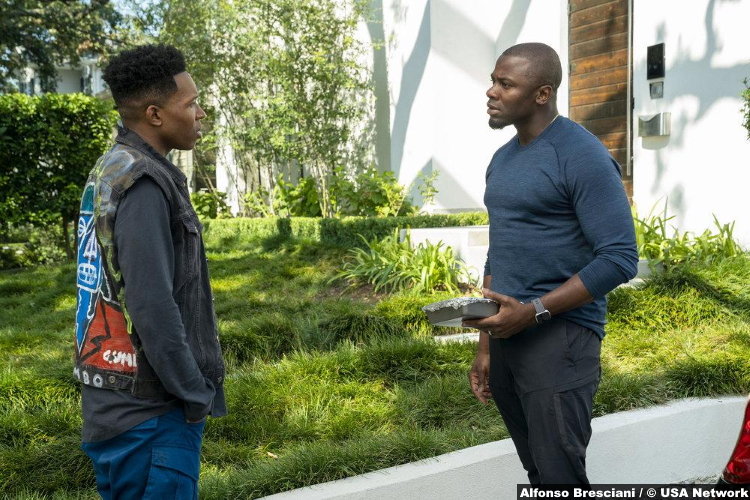 While that’s going on, as we count down the last hours and minutes until this year’s Purge, Ben’s frat brothers are having the worst night. Ben’s started out by shaving his head, which is like, movie and TV shorthand for bad news. Unless you’re like, GI Jane, you’re not usually making positive life choices after that. And after Turner (Matt Shively) finds Ben’s secret psychopath art book, it just devolves from there. Ben doesn’t kill Turner by episode’s end, because I think he’s going to take him to the “hanging bridge,” their destination last Purge.

Actually, it’s a bad time for college students in general–just ask Darren, who has his arm broken by his dad. As brutal as that scene is, I think it works really well, especially if you watch it on TV as I did. Marcus goes for it just before the commercial break, so you have that whole intermission to wonder “WTF?!” 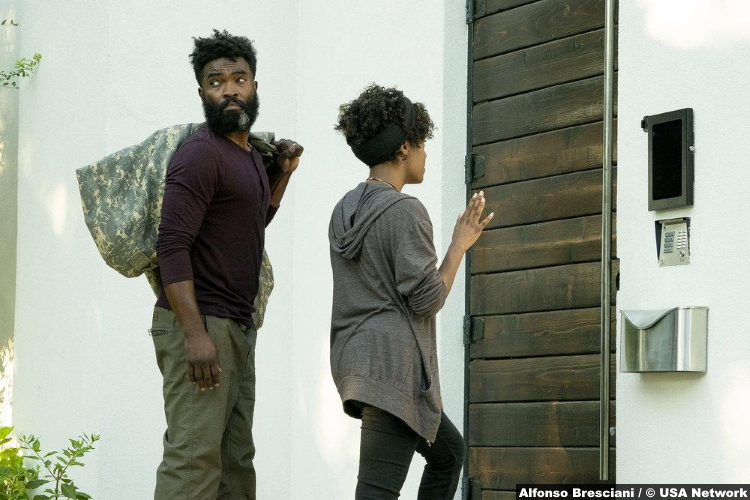 ‘Cause it turns out he did it for a really good reason! Granted, I would be miffed at my own daddy for minutes on end if he did it, but I’d like to think that I’d understand. Because as Darren’s gotten himself on some kind of NFFA naughty list and Marcus has the other thing to worry about, he doesn’t want to put Darren at risk. The safest place for Darren, the place where Purgers and the NFFA can’t go, is a hospital, but they won’t take you, unless you have a serious injury.

Luckily, Marcus’s ex (and Darren’s mom) Tonya (Devyn A. Tyler) understands. That would be a really awkward conversation, otherwise. In fact, she’s so supportive that she and Andre (Damien D. Smith), their old friend, show up at the Moores’ house to help keep watch. And they’re going to need it–help, I mean. Because when the Moores discover that the bounty’s been canceled, I was like, “That’s not good.” And it ain’t, because it just means that the neighbors are coming to do the job themselves.

8/10 – Hey, just two thoughts first. Number one, I hope Tonya and Andre aren’t in on this neighbors thing. And two, why would you have a security camera that people could just smash? I dunno, I just would assume that Purge security would have been a little more sophisticated.

Anyway, even though I still maintain that the neighbors’ reasoning is as delicate as baby hair, we already know it, so this episode was a marked improvement over last week’s. We also had the reveal of the real heist, which came off as much more satisfying than the wife thing. (SHE WAS A SAINT.) I just hope they pull it off.