The Purge S02E05 Review: House of Mirrors – The stakes are raised…

Last week, I said that the thesis statement behind the Purge was a lie and that that was borne out by Professor Adams’s research. But it’s been a lie all along*, and I think folks know that. They may know it only subconsciously, but at least a part of them rejects it.

See, for example, Andy (Lawrence Kao), Ben’s new friend from last week. When he and Ben are talking about the Purge, they both agree it’s weird that they only do it one day. It’s like the inverse of the question Penelope posed last season–that if the Purge fixed things, why can’t they ever stop?

And then watch how Andy reacts when Ben confesses that he murdered the fruit-seller. Although he’s been a gung-ho advocate of the Purge, a regular Bobby Sheridan scholar, Andy is horrified. I don’t know if it’s because Ben killed someone outside of the Purge or if Andy’s been all talk all along, but the end result is the same. Andy can’t move fast enough to get out of that room. And he doesn’t move fast enough–Ben attacks him. Unfortunately for him, Andy gets out of the room after Ben leaves him for dead. Whether or not Andy’s still alive is still unknown, but everybody in the dorm now knows that there’s a predator in the building. 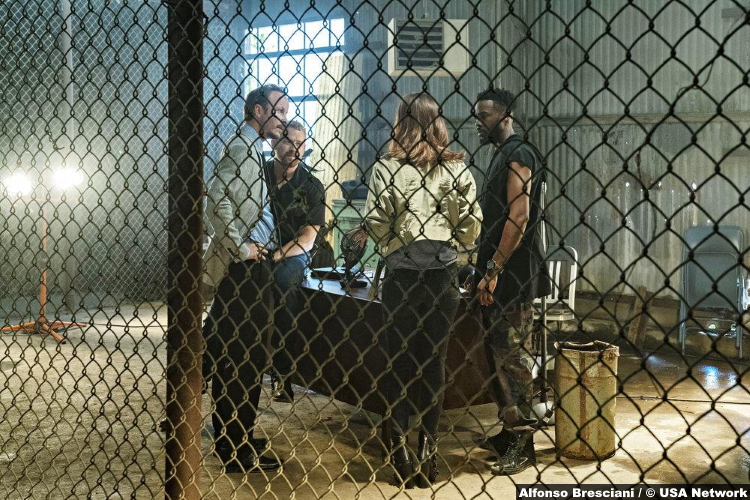 If that makes for a claustrophobic experience for the college kids, then that’s kind of the theme this week. The walls are closing in on all of our main characters. We spend the bulk of the time with Ryan and his crew, who are trying to pull off one of the toughest parts of their heist. It’s like a word problem. They need to get a jammer into the bank’s vault, to disable the airplanes, but they can’t get into the vault, even with Tommy’s associate, bank employee Carl’s help. 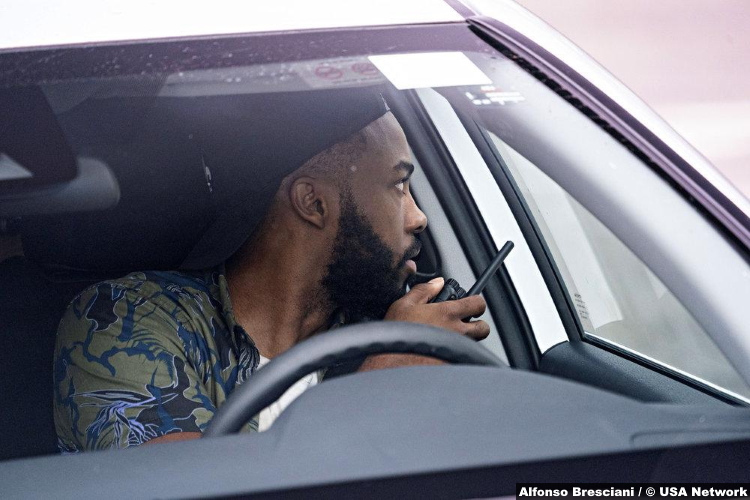 It should be easy. Unfortunately, Carl is an idiot. Ryan had been warned that Carl wasn’t the most reliable, but he can’t even do the one thing he’s supposed to do–be the lookout. Doug (Jaren Mitchell) is at the country club, keeping watch over the Barkers as they play. Unsurprisingly, though, his presence–just hangin’ out in a car, sitting outside the club–is suspicious. (Also, this is a country club and they have not historically been known as bastions of equality.) When confronted by a couple of employees, he claims to be waiting for friends, but they make him come inside to wait.

While he’s in there pretending, the Barkers leave. And that would be a tiny problem, but not an insurmountable one if Tommy were just watching the window, the one thing he’s been assigned to do. Ryan and Sara (Chelle Ramos) are practically Mission Impossible-ing it up all over the place and Tommy can’t look out one window. If he had, then he probably wouldn’t have gotten shot in the back of the head. 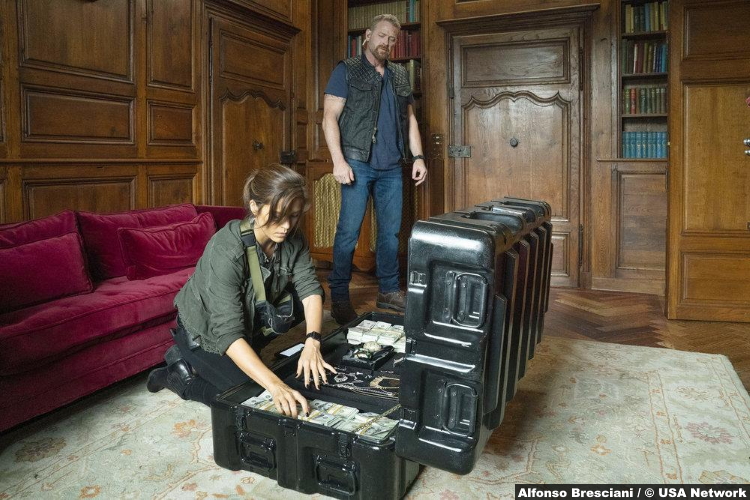 Ryan and Sara are pretty much trapped at that point and definitely trapped once the Barkers (and their security guy) lock down the house. They try to shoot their way out– a big felony, huge–but they’re out of options. Well, except for one. Ryan has to eat a lot of crow and call up their old nemesis on the police force. She agrees to get them out of this in exchange for another big felony–she wants in on the heist. Well, she doesn’t want to do any of the work, I don’t think. She just wants some of the money.

While all of this is going on, Esme is meeting with a hacker. And I have to say again, for a woman who works literally for the NFFA, she is terrible at surveillance. This time, she’s terrible in detecting it. First of all, she’s meeting with this hacker inside her own home, and then second of all, they don’t do a bug check until after they’ve said a lot of incriminating shit. I like Esme, even with the reveal about her dad, but she is also testing my patience.

And in other news, Marcus has a name for his would-be Purger. It’s Sam Tucker, who is apparently Michelle’s former fling. This would seem to put the kibosh on the theory that Michelle is actually the secret Purger, but does it, really?

7/10 – While I didn’t dislike this episode, the whole jammer plot took up way too much time. I felt like it gave short shrift to the other storylines, like Esme’s in particular, and robbed them of their emotional power.

*SPOILER for The First Purge:

It was interesting to find out that the general perception of Dr. Updale (the architect of The Purge) is that she killed herself–although Andy dismisses that as an urban legend. Viewers of The First Purge know, of course, that Updale was murdered once she realized the NFFA were tainting the results of the “experiment” and using it as a way to save money on social welfare.