When we saw the way Marcus and Michelle’s neighbors acted last week, the easy assumption would be that Marcus did something terrible, something beyond the pale. But…wouldn’t he remember something like that?

You’d think so. But then again, maybe not. I made this point with Joe last year when he added Penelope to his list because she didn’t thank him when he held the door for her. We have a number of interactions with people that we forget almost immediately. But maybe we did something that rubbed them the wrong way. Maybe they did something that got on your nerves. Again, most of us shake off these interactions. And societal mores and laws keep us from acting on our worst impulses. But what if we were unleashed for one night? 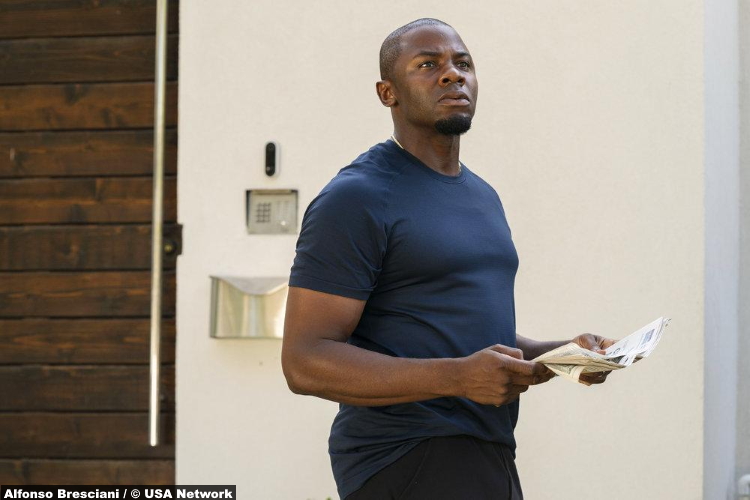 So when the Moores crash a neighborhood party and find out Marcus’s grand sin, it feels a bit thin. I can get why Clint is upset. Although Marcus was just doing his job, it probably helped Clint in some way to be able to blame someone. And when the Moores moved to the neighborhood, and Clint saw that his wife’s life and death had apparently had no impact on Marcus, to the point that he didn’t even recognize Clint, that had to have stung.

So I can see Clint taking out a hit or just killing Marcus himself. What I can’t buy is the rest of the neighborhood joining in on it. Just because he doesn’t talk to them? Please. And when one of the nameless neighbors says of Clint’s wife, “SHE WAS A SAINT,” I mentally snorted. Give me a break here. 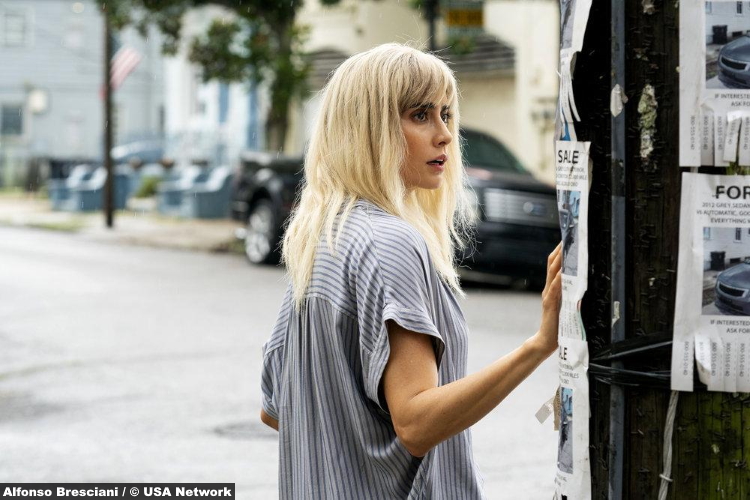 I had the same feeling in an unrelated scene with Esme. After she goes with Ryan to retrieve his mother, who’s wandered away from her nursing home, the policemen who found Mama insist on escorting retired officer Ryan back to the car, where Esme is sat in the passenger seat. Instead of hiding under the bench seat in the back or whatever, Esme just gets out and hides behind another vehicle. First of all, why are you going with Ryan on this particular errand? Second, why did you get out of the safety of the car?

Of course, the actual answer is because the plot needed her to, so she could see the fliers that her former coworker Vivian (Charlotte Schweiger) cleverly had distributed. Vivian says she wants to help, even as Esme cautions her against trusting anyone. Okay, but why are you trusting her then? 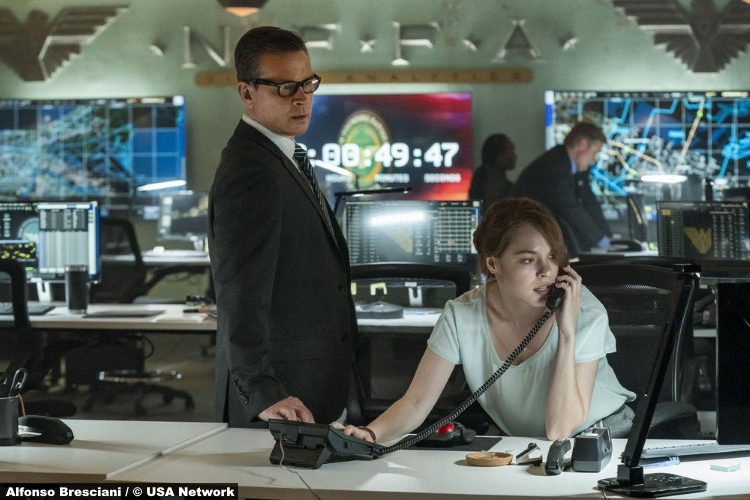 I won’t worry about it. Instead, speaking of trust, oh, poor Kelen. I don’t want to victim-blame–I don’t want to!–but it’s hard, so hard when Kelen does everything out of the What Not to Do When You Realize Your Boyfriend’s A Serial Killer handbook. She gets in the car with him, acts as suspiciously as possible at any given time, leaves a “help” note where he can find it, and it is exhausting. I won’t hold it against her, though, just as I won’t for telling him she saw the mask. Since he knows–he’s also acting like a giant weirdo–it’s best to tell the truth. And I won’t say anything about her running into the highway, since, you know, it ended so gruesomely. Oh, sweetheart. I wish it hadn’t ended like this for you. 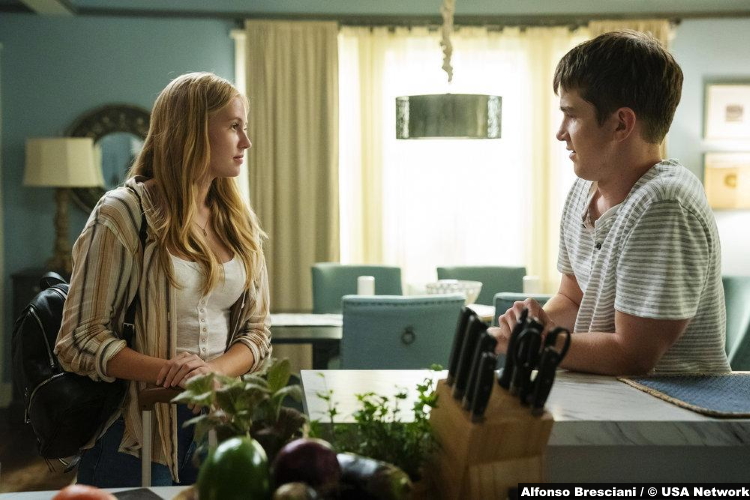 After that, I don’t have to do math anymore because we fast forward to 2 days before the Purge. Esme and Ryan are now sleeping together, which is definitely telegraphed during some of their earlier scenes. Since Ryan was looking for the Jackals earlier, are they now part of the heist? Are we all walking away from this with a cool $5 each?

Meanwhile, Marcus and Michelle have assembled an arsenal. No word, though, on whatever happened with Darren, including why the NFFA was looking for him and how that all turned out. We do get to see the result of one scene we saw earlier, however.

At the beginning of this episode, a mask company was going over their designs for the next Purge and brainstorming new ideas. One employee suggested the GOD mask, made famous by the campus killer. As Ben mopes around Burgundy Street, the new display catches his eye and he stares in wild wonder, briefly making eye contact with us. Nope, don’t like that. 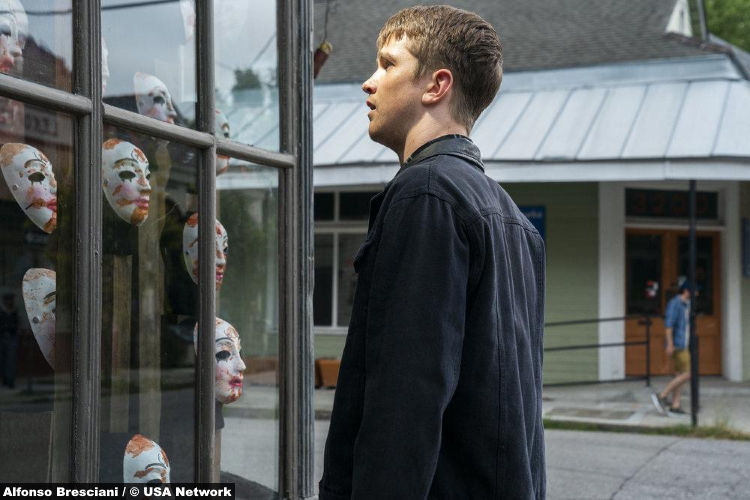 7/10 – After the reveal last week that more than one person paid for the Marcus hit, it’s a kind of a letdown this week that the reasoning seemed so shaky. Again, like I said, I just can’t accept that multiple people would pay thousands in real American currency (or Bitcoin, whatever) because their neighbor doesn’t wave.