The central thesis behind Purge night has always been that it provided people with a release valve. The theory, of course, is that you give folks one night a year to get out all their aggression and frustration, and then like The Eagles, we have a peaceful, easy feeling for the rest of the year. You know, because people can just turn off their emotions like that. But what if, and I’m just spitballin’ here, that was all a lie?

Because it seems as if it is. I mean, I knew that just from making the logical conclusion, but as it turns out, there may be science behind it. At least, that’s what Professor Adams’s research appears to indicate. 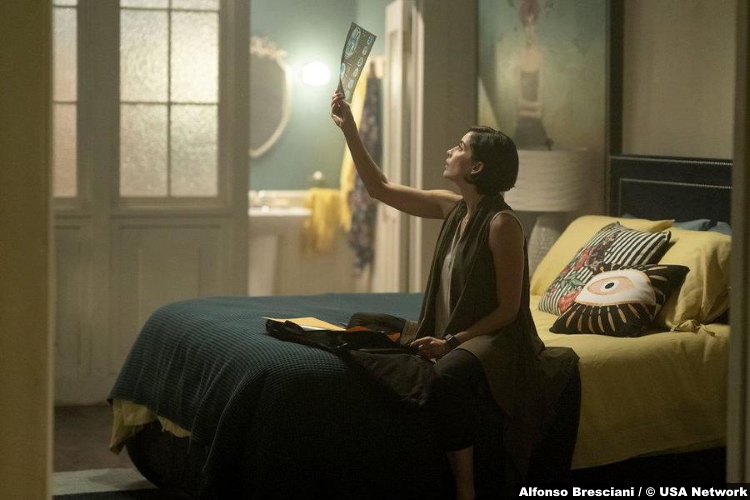 After looking into the research Esme gave him, Darren found the related experimental data that Adams had been trying to keep on the low. She had been studying a group of people who, despite what the NFFA propaganda says, were not emptied of their bad thoughts and feelings on Purge night. Instead, they became essentially addicted to violence. Like other kinds of addicts, they then craved more violence.

Obviously, the NFFA can’t let this information get out, because it proves that their whole philosophy is based on a lie. But would they go that far to keep it secret, though? Would they kill someone? Yeah, duh. That’s pretty much their whole thing. But even with the obvious conclusion here, there are still some things that don’t make sense.

Like when Esme runs facial recognition on the test subjects, they’re all dead, save one. And when Esme tracks down that last one, she’s dead, too. Despite the circumstances of her death, which look like a garden-variety suicide, Esme is suspicious. The latch is broken on the woman’s window, for one thing. And then there’s the land-speed record the police department sets when they close the case.

The detective in charge, who’d been reasonably friendly before, is kind of cold when he lets Esme know. He also says that he knows about her sister and can understand why she’d have a hard time with this case. It’s such a weird thing to say that for a second, I was like, “Wait, does he think [the victim] was her sister?” But clearly, the implication is that her sister killed herself. [*adjusts tin hat* OR DID SHE???] Anyway, we don’t find out anything else about Esme’s background (or Adams’s death, for that matter), but we are shown that Esme’s boss is watching her. Which again, duh. I would assume that everything I do is monitored, especially if I worked directly for the NFFA. So why is it being shown to us? 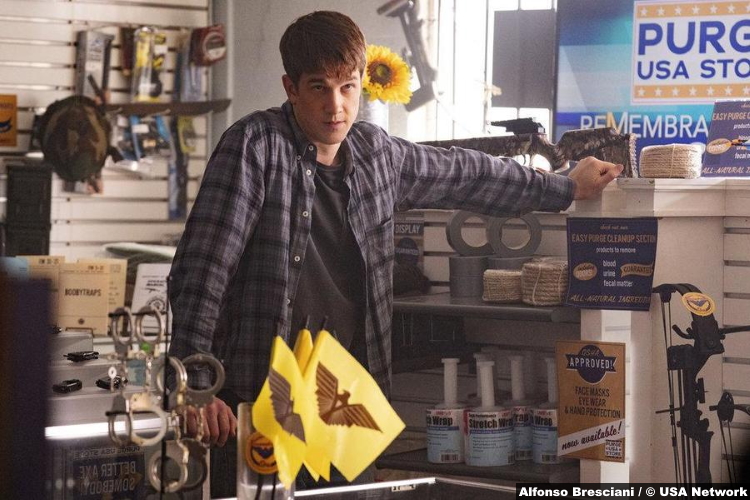 I don’t know. And I also don’t know what’s going on with the fruit-seller’s death. This episode takes place 3 months after Purge night. Even with the body lying in the elements in springtime New Orleans, I’d think they’d be able to tell the difference between heatstroke and murder. Maybe someone’s trying to cover up Ben’s crime. After all, it’s one thing for someone to commit a crime in the last few seconds of the Purge, like Tommy did. But committing a crime outside of the Purge–why, again, that’s a complete refutation of the NFFA’s whole thing. They couldn’t let that get out.

Unfortunately for them, though, Ben is still cracking up. Again, we’re only 3 months out and he’s already killed one person and might be about to kill another, judging by his creepy stalking at the end of the episode. It, of course, doesn’t help that he meets a new pal in the Purge supply store. This new chum–sorry, didn’t catch his name–is the kind of guy who will validate all of Ben’s worst murderous impulses. I mean, he’s out here talking about making a list and purging it twice. 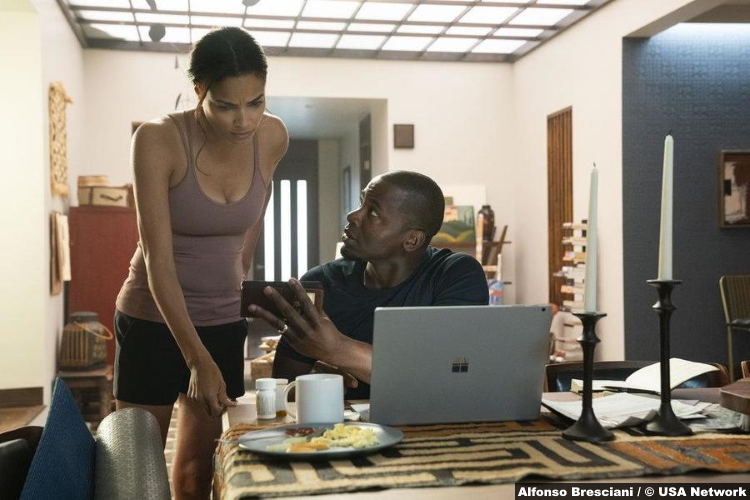 That kind of attention of detail is certainly something Marcus should appreciate. But like Ben, he’s starting to become consumed by his Purge feelings. When he finds out the assassin he killed was actually from his own old neighborhood, he heads to a Remembrance Day party at his ex’s. (She is also Darren’s mother.) Awkward, but sure. [By the dubs, Remembrance Day is when the NFFA delivers the titular grief boxes, in which they place a tiny urn–supposedly ashes, but really just dirt*, to devastated surviving loved ones.]

When a black truck pulls up, Marcus loses his damn mind. The first thing I notice about the truck is the very prominent Jamaican flag plate on the front. I didn’t, however, notice the lights on top. Luckily, Darren notices both and is able to point out to his dad that he didn’t mention either of those details when he described the truck that almost hit him. That’s a real good thing, because Marcus had already begun an altercation with the truck’s owner, an old acquaintance of his. They’re able to shrug it off in the moment at the party, but it’s a good example that Marcus might be cracking, too. And of course, he still doesn’t know anything more about who wants him dead. I’m sure the “Hey, who tried to kill me?” post he makes on Ivory Road will yield great results, though.

8/10 – There are still a lot of unanswered questions–who’s trying to kill Marcus, [extremely Seinfeld voice] what’s the deal with Esme’s sister, etc.–but one thing is very clear. Professor Adams’s research is nice scientific confirmation, but we already have plenty of anecdotal data proving that the NFFA is wrong. The Purge isn’t a good thing for the country, and all you have to do to see that is watch how these folks are unraveling. It’s probably not an isolated phenomenon.

Also, I realize I didn’t mention Ryan, but like, he mostly just worked on planning the heist this week. Good for you, bro–we’ll check in again.