Ryan and his storyline have been the outlier in the past two episodes. By that, I mean that he and his story haven’t connected to the other storylines. That changes this week. But first, we have to get something horrible out of the way.

This was truly awful for me to contemplate, so buckle up, because I’m going to hit lightspeed while rushing through this and then I will never talk about it again. 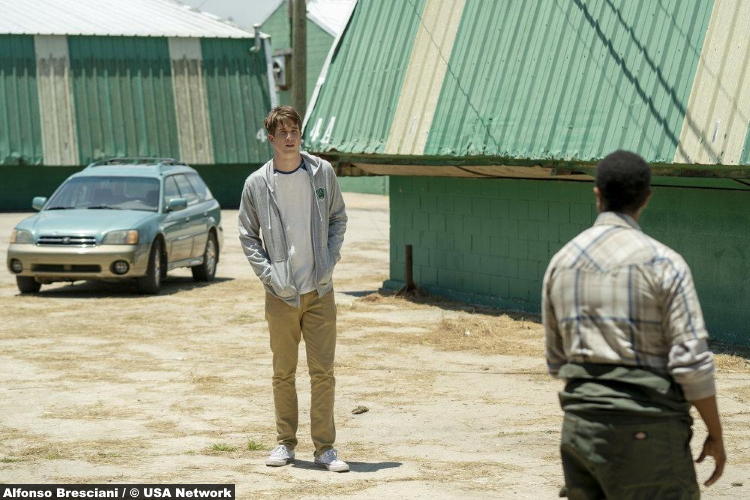 I guess it’s kind of funny [no, it is not] that in a world where people are so expendable, I never considered what that meant for “lesser” creatures. I never considered that in the glow-in-the-dark nightmare that is the Purge world, animals are also vulnerable. I never considered that there would be rage rooms with animal victims. And I never want to consider it again, so let’s just refer to this as The Scene and flush it from our brains. Or at least my brain.

As The Scene (AAAAAGH) didn’t seem to do it for Ben, he then went on to murder a stranger in cold blood. The NFFA may not have eyes everywhere (hence the title of the episode), but there might still be some way to tie Ben to the crime. Even if there isn’t, he’s still in a bad way and I fear he’s only going to get worse. Now, brain wipe.

Okay, moving on. Another thing I never really thought about was how much surveillance goes on in the Purge world. I know it’s all there on the big night, but I never gave much attention to how much there would be the rest of the year. It makes sense, though, since the NFFA US is not that far off from a dictatorship.

Anyway, that’s all to say that Ryan’s adventures following the armored truck around don’t go unnoticed. He’s not exactly doing anything illegal, but it is suspicious. So Esme’s boss tasks her with analyzing Ryan’s movements, to see if it’s something they need to investigate further. 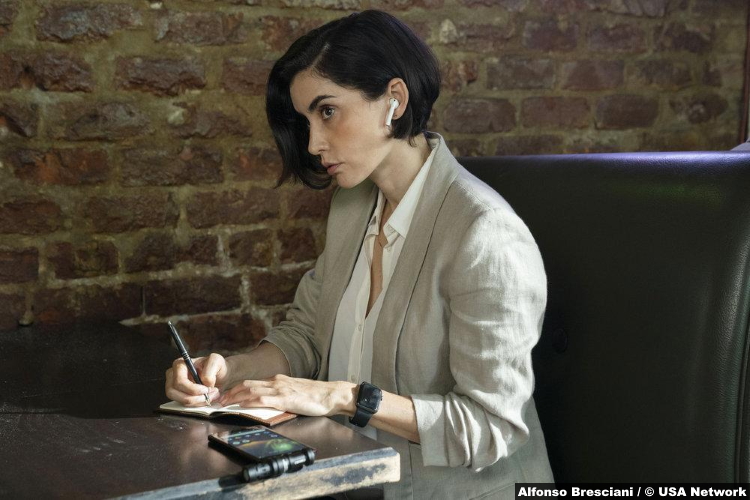 And I have to say, as good as she is at electronic surveillance, she’s not as great in the field. That is to say, Ryan figures out she’s following him pretty quickly. I have a feeling that she’ll end up helping with the big heist he’s planning.

That is, if she’s not too busy with whatever was going on with Professor Adams. Adams was apparently doing some kind of research involving MRIs, so Esme enlists Darren to find out more. He may get distracted himself, though, by what’s going on with his father.

Marcus is still trying to figure out who would want him dead. He first suspects his wife, after an investigator he’s hired points out that her locations don’t always match her calendar entries. (Surveillance is truly everywhere.) It turns out, though, that it’s probably a false lead. He follows Michelle, but she’s not doing anything nefarious. She’s actually attending a support group, and she hasn’t told Marcus about it because he’s so focused on finding the person who wants him dead. 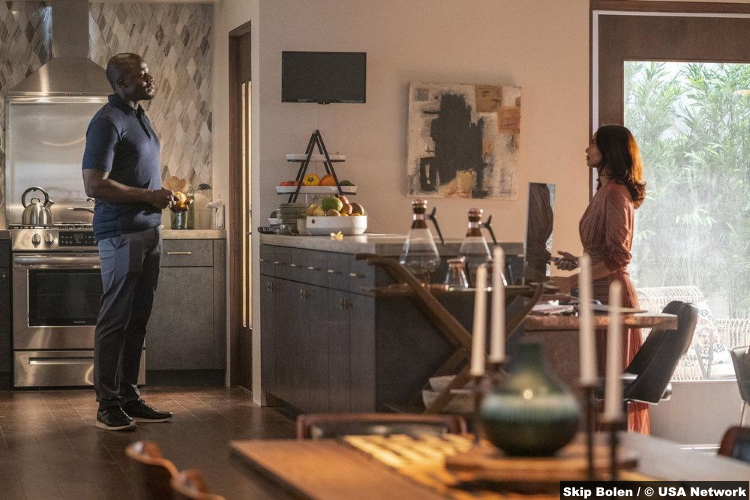 He doesn’t tell her that he knows about her group, but he does make an effort to be more present for her. But he’s not wrong in trying to find answers. Someone still wants him out of the game, and they’ll go to extremes to make it happen. Hence, the truck that almost mows him down this week.

It seems as if that would be a pretty easy thing to solve, though. Like, who would want you dead so badly that they would risk their own life? Because again, that’s the consequence if you commit a crime outside of the Purge. That’s what we find out this week when Tommy has his trial. He pleads guilty, as his lawyer recommends, and is then immediately sentenced to death. Tommy is incredulous, trying to argue that while he did commit a crime, it hardly warrants execution. And I mean, I agree. Yeah, he shouldn’t have gone back into the bank, but he missed the cut-off by literal inches.

But hey, the judge tells him, he could join the auction (presumably to be a victim next year) and his family would receive money if he did. Hasn’t the Purge made America so great?

8/10 – After The Scene, I really considered giving this episode a negative number. But now that it has been degaussed from my memories, I will judge instead the rest of the episode. I still like seeing how the Purge affects people when it’s not happening. I also like the intrigue of Marcus’s storyline, as well as the mystery of Professor Adams’s death. And as I’ve alluded to before, I always love a heist. I hope there’s a good one coming.