There may come a time when I won’t say something like, “I liked this episode because it [showed me a dimension of the Purge I’ve been wondering about],” but that is not this time. Because this time, we finally got to meet Bobby Sheridan (Dermot Mulroney). 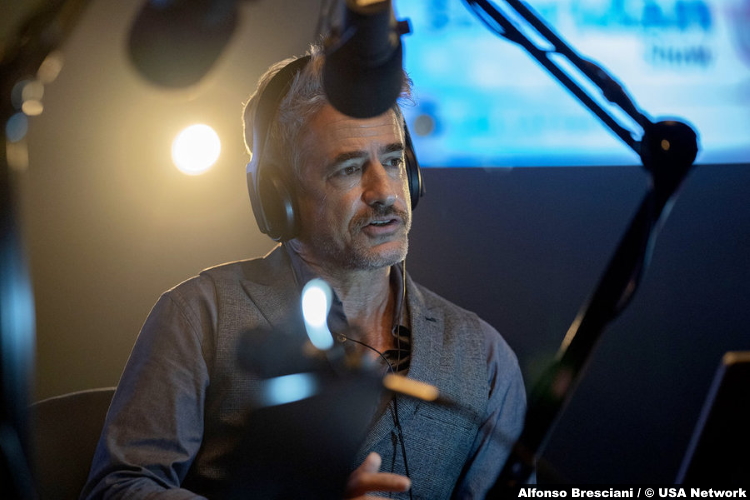 Now, if you’ve somehow missed it, Bobby Sheridan is basically the voice of the Purge. Not the actual voice–the nice lady who tells us all the rules as the sirens count down–but more like the propagandist of the whole thing. (Yes, it’s wild that I’m not actually the propagandist of the Purge, considering how much water I’ve carried for the franchise.) Anyway, we don’t actually spend that much time with Sheridan, but it was right neat to get to see him finally, after hearing his voice for so long. (Viewers from last season might remember that Joe was a huge fan of the Sheridan doctrine.)

As for the episode itself, I had to double-check that I had the right episode because despite the title, things aren’t exactly holly-jolly. Even if, despite what the title may lead you to believe, this is Thanksgiving. We know that because we’re now 117 (?) days out from the next Purge. [If I got the number slightly off, please be gentle. It was bad enough having to do the math.] So, it’s Thanksgiving, as at least Kelen and Ben’s storyline acknowledges. Since they’re on school break, they go spend the holiday at Ben’s family home.

Things at home are almost as tense as they are at Cooke, their school. There, the police obviously haven’t figured out who killed Andy, because Ben isn’t in custody. They also don’t know who killed that one girl–so Ben did kill her. They do have footage of him walking after her, though, wearing the “GOD” mask. But at Ben’s mom’s, there’s also Ben’s brother, who’s a real jerk. The show does a good job of setting up the tension here, where you think Ben is going to go after him. It appears to be a fake-out, because Ben is really sneaking out to burn some bloody evidence, but it turns out to be a double-fake. While Ben is gone, Kelen snoops through his suitcase and finds the GOD mask. And now she knows exactly what’s been going on with her boyfriend. Good luck with that, I guess. (That’s all we get to see this week.) 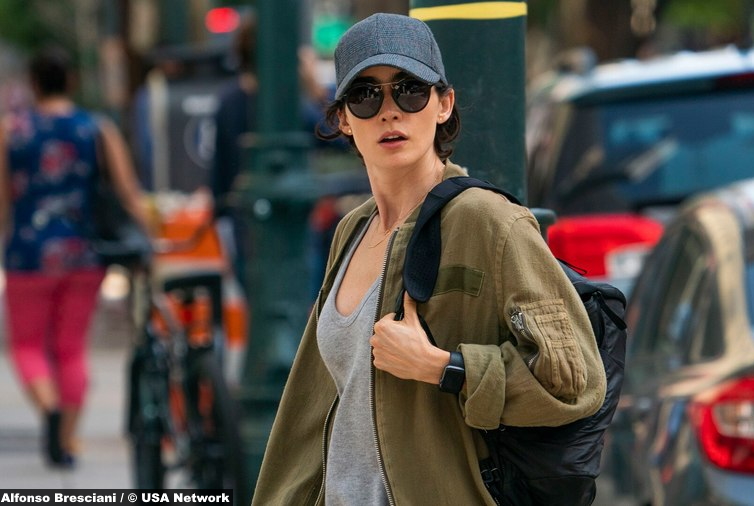 Meanwhile, having realized they’re on to her last week, Esme spends a good portion of this week on the run. As they did with the Ben scene, there’s a lot of good tension here, too. Esme has to draw on her knowledge of NFFA surveillance to dart in and out of dead zones, looking for safety. And of course, she finds it right where I expected: with Ryan.

I expected it because I believed (as I said in an earlier episode) that she would end up becoming part of the heist. God knows that everybody else is at this point. The bad police lady* (Christine Dunford), who saved Ryan and the crew last week, is now insisting that her corrupt crew will do the plane security. That way, everything will go smoothly. Yeah, right. Anyway, that also means that they’ll now be splitting the take 8 ways. Boy, I sure hope it’s worth it. 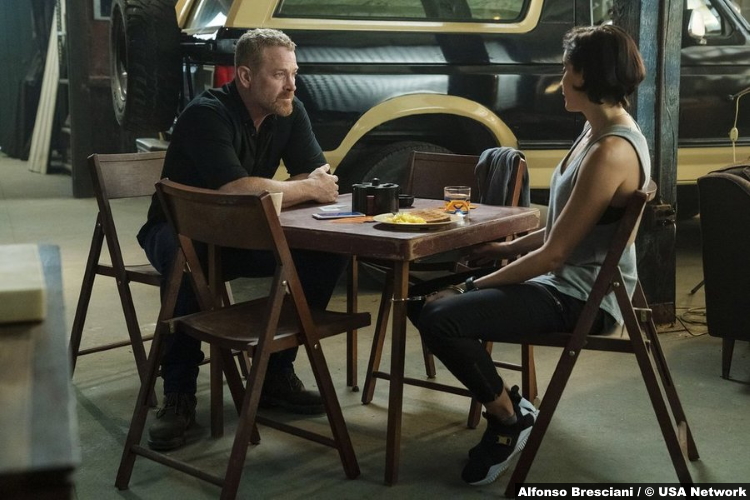 The scenes at Ryan’s place are the chillest part of the episode, which tells you a lot. It’s certainly no less pulse-pounding at the Moores’, where Marcus has invited over Michelle’s side piece, Sam Tucker (Jay Ali), and his wife, April (Rachel G. Whittle). Marcus makes it very serious very fast, duct-taping April’s mouth and threatening Sam with violence unless he admits he paid for that hit.

Sam plays dumb for a long time, but when Marcus holds him over the oven range, Sam breaks. He agrees to drop his bounty, but when he hands the phone back, the bounty is just $10K lower. Because Sam wasn’t the only one. And when Marcus and Michelle go outside, neighbors on all sides–even driving by–are giving them dirty looks. Damn, Marcus–what did you do?

*She’s officially credited as “Police Captain,” but that feels too unwieldy to say.