The Walking Dead S10E05 Review: What It Always Is – Calling out the audience?

What It Always Is couldn’t be a more apt title. Five episodes into the season and we’re right back to where we always are. Hell, even my review is going to sound half like I’m reusing lines. For as much as I thoroughly enjoyed this episode, with only three left before the mid-season hiatus, I have to wonder why the writers insist on dragging things out further. What little this episode does to move the story forward follows the exact sort of pattern we’ve come to expect. I’m still holding out for some painfully self-aware twist before the end of things. There has to be something new this season, right?

The episode centers around the recently escaped Negan and his idolizing new follower. It seems like Negan will get his proper redemption arc. His traveling buddy, Brandon, is a curious tool the writers employed. Brandon is a mirror for Negan and the audience in equal measure. Both Brandon and the audience love Negan’s violence. The episode is overflowing with callbacks, including Negan’s trusty bat and jacket. The perverse obsession Brandon has with Negan and his violent streak seems to be the truly redemptive moment. At least as redemptive as this show ever gets. Negan kills Brandon and heads off, jacket and bat in hand. 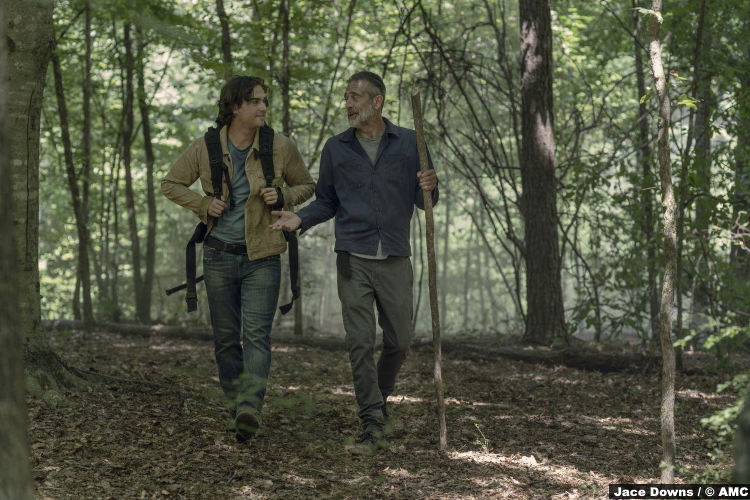 Assuming the show goes as expected and Negan joining up with The Whisperers is a ruse, this moment is brilliant. Brandon reads more like an excited fan harassing Jeffrey Dean Morgan than someone from within The Walking Dead’s world. He reminisces about stories and the ‘heroic’ brutality of Negan but never actually saw it himself. Brandon is a proxy for the audience in this gleeful recounting of terrible, traumatic events. He, as we are, is wrong to valorize the destruction he never faced. Like an audience member watching from afar, Brandon’s eagerness to emulate a tyrant whose wrath he never felt resonates. Negan murdering Brandon almost sounds like a statement from the show’s writers. If they were ever going to make one, “stop trying to be like the bad guy” is as good as any.

Of course, I could be wrong. There is a possibility that the writers could have Negan leap back into the violent past he surrendered. Perhaps they really are just waiting for a cheap excuse to make him a villain and undo the past few seasons they spent beating home the ‘he can change!’ narrative. I doubt they will, but if they do?  Well, on one hand, I think it’d be a lazy, pointless backtracking on a character who really deserves the development. However, it would make the statement from the writers a little more impressive: “you, the viewer, are the source of our show’s depravity.”

The rest of the episode is pretty dull. Kelly’s degenerative hearing gets her into danger, we found out Magna and Kelly were stashing supplies in case things went bad, and Gamma is apparently going to seduce Aaron into supporting The Whisperers. Ezekiel having cancer is interesting, but also something we’ve seen happen a thousand times. Someone getting sick, pregnant, or having any kind of medical condition in post-apocalyptia is going to be awful. We get it. 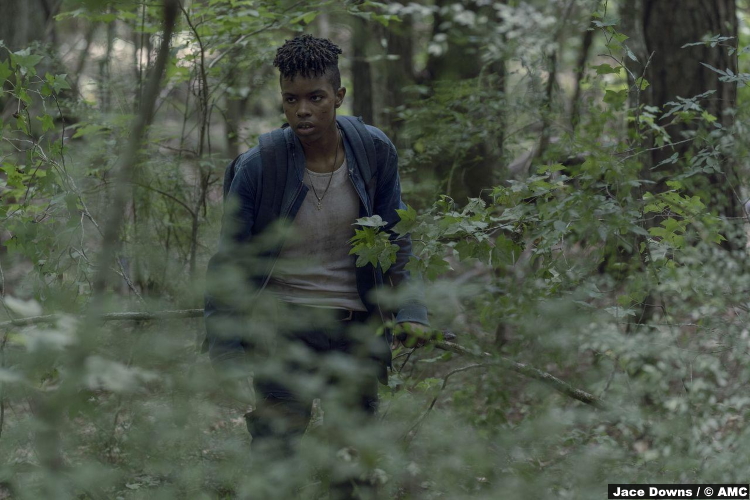 As the first half of the season nears its end, my dwindling hope for a bold or unique episode remains. The fire is more a small flicker, but it’s still flickering. Setting Negan and Aaron up for some kind of reconciliation over their connections to The Whisperers could make for some juicy stories. I’m sure we’ll get some half-assed version of what that story could be and leave it on a dead hero cliffhanger. If I had my way, at this point, I’d have The Whisperers kill everyone in Alexandria and see what happens from there. What does the complete loss of stability do to a group already living in the walker-filled wastes? What would the last bastion of civilization do when faced with collapse? Start again? Scatter? Die out completely?

Obviously we know full well what’s going to happen. Realistically, whatever comes next is bound to be “what it always is”.

6/10 – While technically impressive and surprisingly focused, “What It Always Is” is only slightly above average for the series. It’s one of the better episodes of the season, but unnecessary b plots and mismatched plot points slow it down.