Silence the Whisperers almost feels like a reply from the producers to my reviews of this season. The episode is centered around Alexandria, bereft of any real development, whilst also managing to limit the screen time of the weaker plots. The endless violence is increasingly a slog for the characters and the viewers. We are reminded of the deeper political turmoil among the survivors. By the end of it all, the tenth season of The Walking Dead finally feels like it’s going somewhere!

The core conflict centers around the fragility of the democratic model employed within Alexandria. Aaron is shameless in his hatred for Negan and when the latter accidentally kills one of Lydia’s attackers, Aaron takes his chance to get revenge. Daryl, speaking for Michonne, believes Lydia would have been killed by her hate-fueled attackers had he not intervened. Gabriel tries to convince the council to wait despite Daryl’s prediction that the community is going to act whether or not the council does. Daryl is proven right when Negan is whisked away and the ugly questions of justice go unanswered. Inaction as action is a pretty solid topic to take on and deliver with for a zombie show. 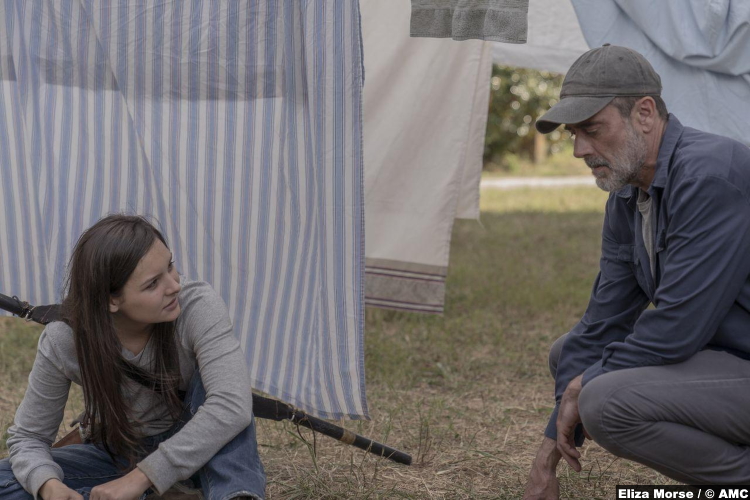 Not all of the plots land as well though. Siddiq’s PTSD storyline is an exhausting exercise at this point. Aside from rendering him completely immobilized in any and all kinds of crisis, the writers seem fixed on ridding him of any agency at all. After opening up last week, there was some hope he might start confronting his mental illness. Instead, he continues to have a panicked scream underwater scene and his story is quickly dropped. Eugene continues to be uninteresting and will apparently be hanging out in Hilltop for a while longer. The rest are easily forgotten in the greater conversation taking place among the leaders in this episode.

Is the inherently violent nature of organized society acceptable? Silence the Whisperers gives a few different answers. Ezekiel seems to be punishing himself, his lost idealism and the long list of failures in his past more than enough justification for his self-flagellation. Judith suggests the way to overcome the Pyrrhic strategy of The Whisperers is through proactive violence. Michonne tries to convince her followers to believe in the weight of someone’s actions over the perspective of the powerful or influential. Daryl looks to avoid conflict, a coexistence remarkably similar to the one he thinks best when it comes to The Whisperers. The episode has set up some wonderful potential conflicts from within, fulfilling the now-vanished Negan’s prophecy. 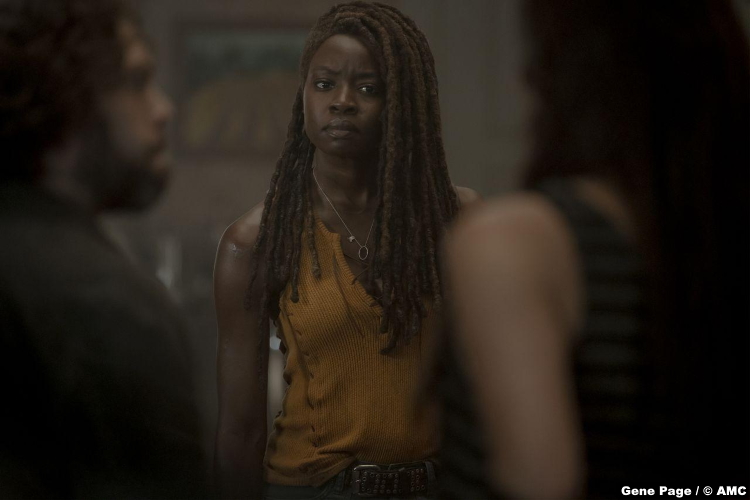 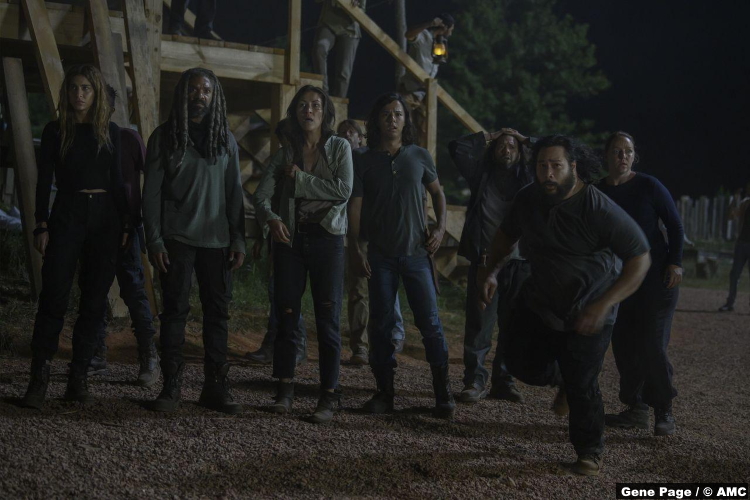 The other storyline that deserves a bit of attention is the unattended violence playing out in the background. When a felled-tree causes a wall to break and walkers to pour in, the heroic defense squad assembling looked tired, sweaty, and exhausted. Their escape back inside was no less charming. The fight scenes, even when Judith and Michonne get a quirky mom-daughter-zombie-slayer moment, are drawn out even with the sharp cuts and hack-and-slash feel of it all. Michael Cudlitz, directing once again, does an incredible job communicating the weight of the onslaught. Whether The Whisperers are really behind it or not is increasingly trivial. The people believe they are and if their reaction to Negan is the same, we’re in for war.

Of course, if the doomsayers are right, we are already at war and The Whisperers are winning.

8/10 – Cudlitz takes his chance at the helm to create a thoroughly political commentary on the reconstructed political world our survivors are looking to uphold. Its shortfalls exposed as the enemy’s presence grows stronger along the border, the episode’s conversation feels natural. Informed by the setting and reflective of it, Silence the Walkers is the first episode of the season with something to say.