The Terror: Infamy S02E10 Review: Into the Afterlife – Remember your ancestors

I guess it’s fitting that the biggest horror comes in the final episode. It’s not even part of the plot, not really. It’s a reminder of what was at stake then, what the world lost.

It’s impossible to calculate the war dead, but the best estimates put the number somewhere between 70 and 80 million, 3% of the world’s population. As impossible as it is to calculate, it feels equally impossible to comprehend. How do you understand a loss of that magnitude? How can you really know what it means? 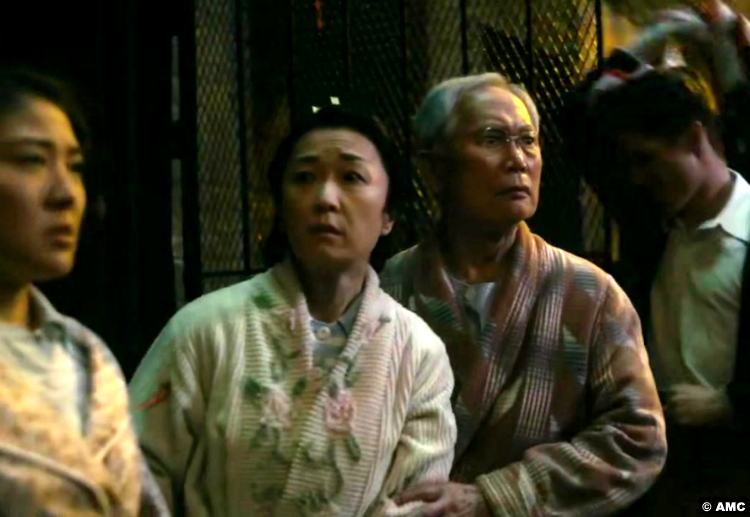 You can start smaller, I guess. Start on an idle Monday in August 1945. That morning, a plane called the Enola Gay will drop a bomb called Little Boy, a 141-lb payload of enriched uranium, over Hiroshima, Japan. It will detonate over the Shima Surgical Clinic. Everyone in the hospital will die. In total, at least 90,000 in Hiroshima won’t make it. But that’s still an unwieldy number, so let’s go even smaller.

Sleeping in the boardinghouse, Yamato dreams of a boy he knew as a child. But like Yamato, the boy is a man now. He grew up and raised a family. He raised them in Hiroshima.

We know the horror before Yamato does, because we’re looking at history from the other side. But history still has some secrets. Because as Yamato understands that his old friend is now in the afterlife, the friend steps aside to reveal that his whole family is with him.

It is a gut-punch moment, maybe the best the show has pulled off all season. And the scene after that, when Yamato is awakened by the celebrations outside–because the US bombed Japan–is also done well. And then we have to back to the regular show. 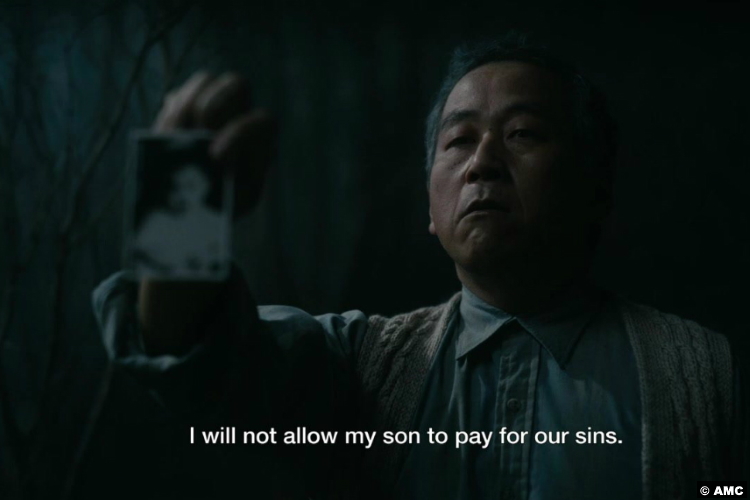 I mean, look. This show obviously means a lot to the people who made it, so I feel guilty being harsh. But I could only tolerate the muddled storytelling and illogical leaps for so long. So buckle your seatbelts–we’re gonna rush through it.

As we last left Luz, she was Yuko-possessed and walking away with the baby. A family in a car stops to see if she’s okay. You: Why does she possess the little girl? Why doesn’t she just stay in Lu–

Doesn’t matter; don’t worry about it. Chester and crew take Luz’s Abuela home and get the truck. Luz’s family warns Chester against being out and about so close to Los Alamos, headquarters of the Manhattan Project [nuclear development]. Chester asks “Did something happen tonight? In the war?” I groan audibly. Salome, don’t worry about it. Okay, let’s go! 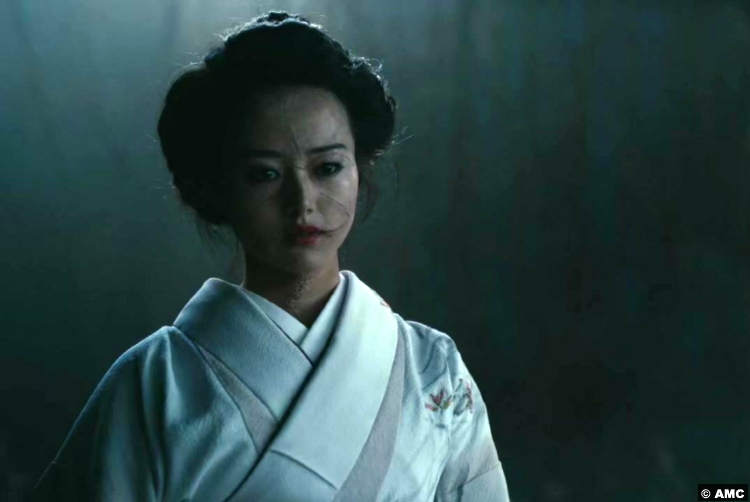 Anyway, they find Yuz’s nest, there’s a struggle, Henry dies. Rest in peace, Henry. You deserved better than all of this.

Using a photo of Yuko, they send her back to her “perfect world” with her babies. Yay, so that’s over. Let’s go back to Amy and Yamato for a second.

I love the reveal that every (Japanese-American) person at the camp knows that she killed Bowen. It’s funny, but not that she’s been carrying around this burden and Yamato is just like, “You did what you had to do.”

Now let’s flash forward to the future. Amy is a beatnik in a beret and I love it. Luz and Chester have two more babies–twin girls from the looks of it. They’re gathered together for Obon, when you remember your ancestors. It’s hard to comprehend death on a massive scale, but you can do it when it’s small–when it’s the people you knew. And you have to. You have to remember. You wouldn’t be here without them. And they wanted everything for you.

8/10 – I will be generous and bump up the grade a bit, because I did quite enjoy the Amy and Yamato scenes in this finale. And the ending, in which they remembered the internees, was very moving. It just all came after a frustrating season. This time period in history was full of terror. There are many ways to tell scary stories set at that time; I just don’t think they hit the mark with this one.

Once again, they did not make promo images available for this episode. I cobbled them together the best I could with construction paper and Elmer’s glue.