The Terror: Infamy S02E01 Review: A Sparrow in a Swallow’s Nest – An atmospheric premiere

If you missed last season of The Terror, that’s okay. You should watch it, if you get a chance, but you don’t have to watch it to be prepared for season 2. As this is an anthology series, the seasons aren’t connected…as far as we know. There are still secrets to be revealed, of course, but at this point, you can go in fresh.

(Unfortunately for my angels in the UK, you’ll have to wait until 7th October. As with the first season, it’ll air on BT’s AMC at 9 PM.) 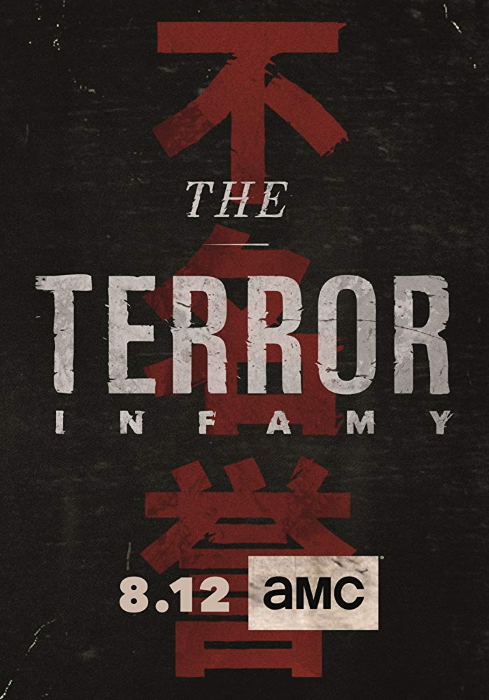 But if you don’t get it, I’ll just dry my tears with my history degree and give y’all a hint. December 7, 1941, was the date of the Japanese Navy’s attack on Pearl Harbor, an American naval base in Hawaii. The next day, the United States formally put our war boots on.

But when the show begins, that hasn’t happened yet. It is 1941, but not yet December, not yet the 7th. We spend most of our time in an insular Japanese-American community on Terminal Island, which is just off Los Angeles. We join them as they’re mourning the death of Mrs. Furuya (Yuki Morita). She killed herself, but no one knows why. 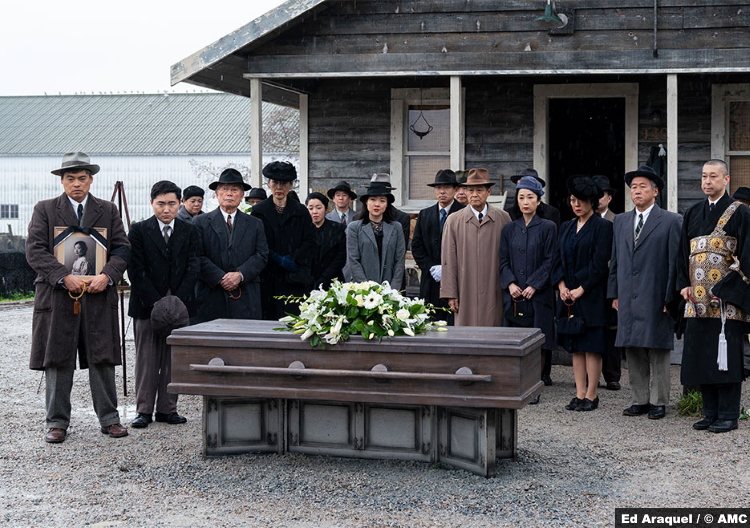 Well, no one is saying why, but Chester Nakayama (Derek Mio) thinks he has an idea. Unbeknownst to his conservative parents, he has a non-Japanese girlfriend, Luz (Cristina Rodlo), and he knocked her up. Mrs. Furuya gave them an herbal abortifacient, at his request, and I guess Chester thinks she was so overcome by guilt or something that she jammed a hair stick in her ear?

I s’pose it’s possible. But it’s a little more likely that something darker is afoot. I mean, this is that kind of show. And then there’s what happens to her abusive husband, Hideo (Eiji Inoue). [And why couldn’t abuse have pushed her to it?] Seemingly driven by a force outside himself, he just stares at the sun until he blinds himself. Sure. 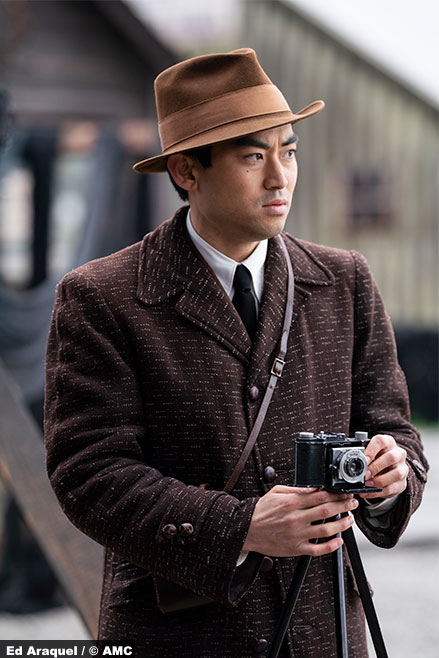 Some of the older folks in the community start wondering if there’s some malevolent spirit at work. Chester shrugs all this off. He’s a young man, trying to make it in the world and he doesn’t have time for the old beliefs or the old prejudices. He believes there’s a future out there where he could marry Luz–in 1941, it was illegal in California*–and where he could be the all-American man he feels he is. His parents, particularly his father, Henry (Shingo Usami), know better.

Henry, like many–if not most (all?)–of the men in the community is a fisherman. I get the feeling the low-balling they get from the local cannery manager, Stan Grichuk (Teach Grant) is pretty typical. But they just have to grin and bear it. What else can they do? 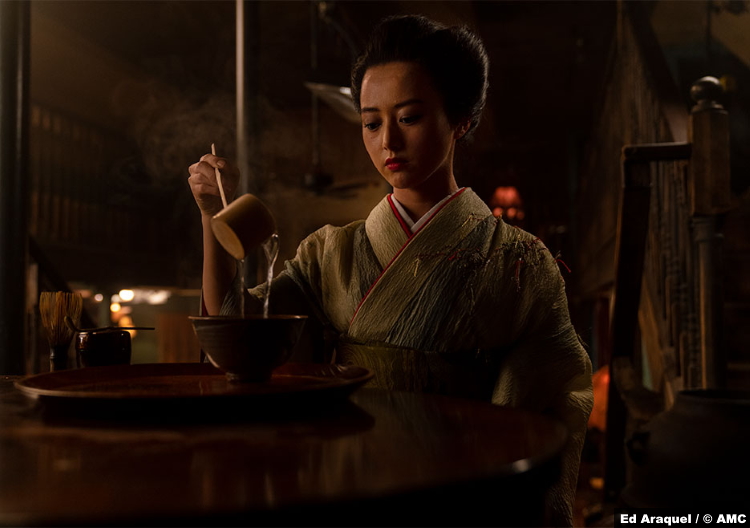 They’re already so vulnerable that I was almost overwhelmed with anxiety when Grichuk’s body is discovered tangled in their fishing boat’s nets. (On that note: Is the boat’s name, Taro, meant to be an intentional soundalike for Terror?) He’d been fired by the cannery, blamed the fishermen, and was trying to set their boat ablaze when something stopped him.

It just seemed so bad, so inevitable how it would go. A white man found dead on a Japanese-American’s boat? I know it’s California, but nowhere was really a utopia back then (or now). I just could imagine the suspicion they would face. It was making my stomach hurt.

But of course, that was the sad joke, because they’ll have much bigger worries soon. When Henry and Chester are sitting in a naval office–Terminal Island was home to a lot of naval activity–waiting to give a statement, we can see the date on the clock behind them. Just as that sinks in, the air raid sirens go off. The United States is under attack.

After that, what you fear the most can you meet you halfway, as the song goes. It doesn’t take long before the FBI is in Furusato/Fish Harbor–the Japanese-American neighborhood on the island. They’re only gathering up the Japanese-born residents–the Issei–for now, but they’ll be back. And they’ll be coming for everyone.

8/10 – As this is the first episode, unsurprisingly, not a whole heckuva lot happened. Really, we spend the bulk of the hour easing our way into this community. And that’s what it was–a vibrant, thriving community. It was made up of people who just wanted good lives for themselves and more importantly, their children. As we meet them, they have no idea of the dangers they face. There’s something spooky among them, for sure. But at this point, the real world is the scariest thing.

*Specifically, it was illegal for white people to marry Asians or black people. Even though Luz is Mexican-American, she’s likely considered white under the law.