The Terror: Infamy S02E08 Review: My Sweet Boy – I’m wondering what it was all for?

At this point in the season, I thought while watching the episode, we’re far enough along that the contours of the end game should be taking shape. It is the 7th episode, after all. And then I realized it was actually the 8th episode, a development that does not bode well.

I guess at this point, I’m just wondering why. Like, why this setting? In the original season, one could make the argument that everything that happened was a result of hubris. I’m not saying it was their fault, but that they all made choices that put them in those places. Good or bad, everything follows.

So what does that say about this season? Surely, the showrunners aren’t implying that internees had something to do with their fate. I don’t believe that at all. But again, why this setting? This story–Yuko will have her babies back or everyone else will die trying–could have been told against a number of backdrops. It is not particular to the camps. So why is it here? I don’t know and I’m not sure the show has made that case, either. 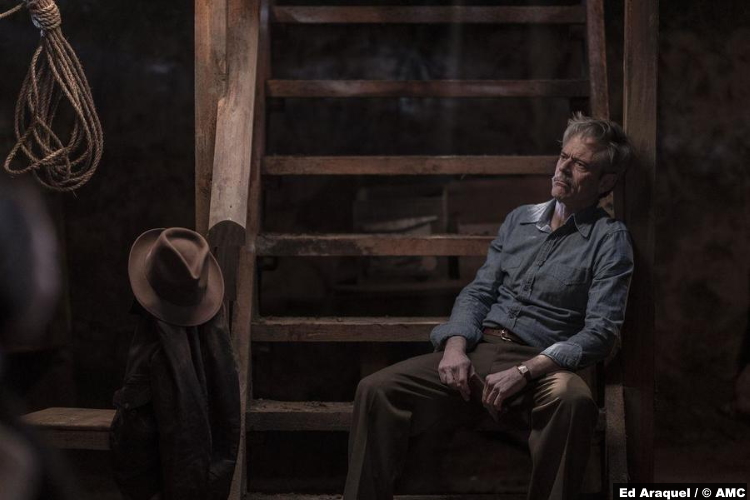 On the surface, though, things on the show seem to be going okay, though. They don’t know what we know–that Yuko is still very much a part of our world, Little Mermaid-style–so having made the best of their lives in the camps and beyond, things are looking up.

Well, not for everyone. It turns out that Amy did make that recording in Bowen’s cabin. She’s sent it to Washington, where she has no idea if it’s been heard or not. And when Bowen, who coincidentally has also been in Washington, returns to the camp, it seems as if the tape has gone ignored. He’s in good spirits, planning a party for the camp and seemingly happy to see Amy. But she doesn’t trust it.

And guess what? She has good reason not to, because he drugs her during the party and takes her to a disused part of the camp. Since it’s heavily implied that he’s going to kill her, Amy has to fight. She manages to get the upper hand by threatening him with the prospect of Yuko. That seems to throw him off-balance and then she really gets the upper hand, battering him with a chair and strangling him. Is he really dead, though? I know how things work in horror.

And speaking of, there’s Chester thinking everything’s just great because the monster’s been vanquished. He’s still living in New Mexico, where he and Luz have grown closer. Close enough to get married, at least. But bad news creeps in, as it does sometimes, with the notification that Luz’s father has gone missing. 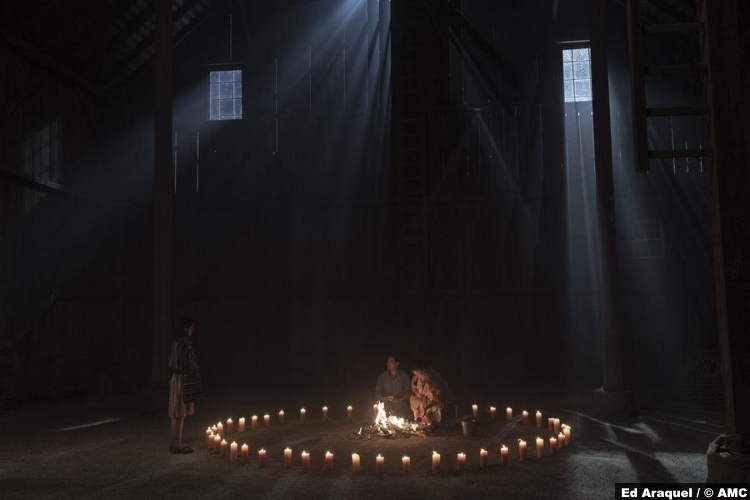 Luz’s abuela is a folk healer, though, and theoretically could locate him, if he’s still alive. It’s a dangerous process, so she doesn’t want to put Luz through it. Chester wants to try it, though, to find his brother. He’s been writing camps, but hasn’t gotten any leads on Jirou.

Through the ritual, he finds Jirou as a boy. And then to his horror, he leads Yuko right to him. She’s able to take Jirou to the hidden place, the house of their ancestors that feels a lot like hell. 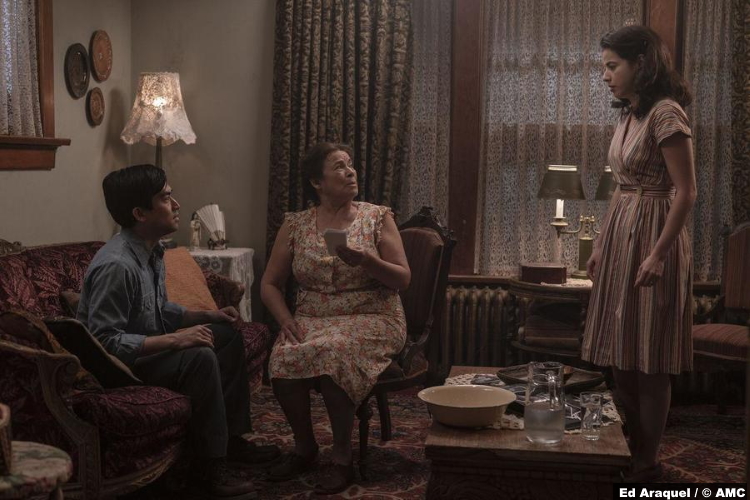 So now Chester knows why he couldn’t find Jirou–I guess the implication is that he was a sickly child and died as a boy–and knows that whatever they did to Yuko, it didn’t take. I guess it’s easy enough after that to assume that she had something to do with Bart’s disappearance.

And now Chester knows that she’s nearby. One of Luz’s relatives (family friends?), Doña Maria, appears as a blur in the wedding photos. Chester’s figured out that this means someone is in Yuko’s thrall. When he goes to check on Doña Maria, she’s dead. And she’s clutching a baby’s gown. Luz is pregnant again, and Yuko’s coming for that baby.

7/10 – As much as I like the characters and enjoy spending time in this spooky world, we’re almost to the end and I’m wondering what it was all for. Why these people? Why this time? Did the horrors of war pull Yuko from the earth–is that it? Does the show even know? Way too many questions here, way too late.