Last week I wondered why exactly this season was set during internment. This week, that’s a moot point, because it’s over. In 1944, the Supreme Court essentially ruled that if someone was loyal to the United States, then they couldn’t be detained without charges. Executive Order 9066 wasn’t actually rescinded until January 1945, though, so it wouldn’t interfere with Franklin D. Roosevelt’s 4th presidential election.* Politics has always been a cynical business.

But we won’t focus on that. We’ll focus on the good-ish times, instead. Everyone’s getting to leave the camps, after all. Sure, all they’re getting for their troubles is $25 and a trip back to whence they came, but at least they’re free now and they can go home. 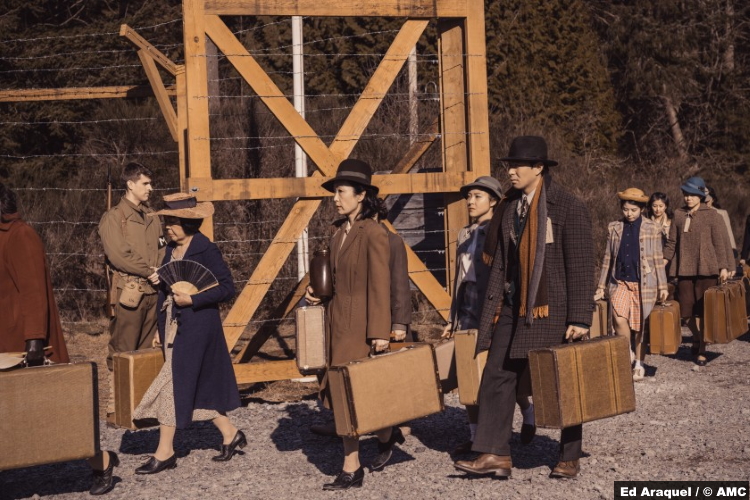 Except there isn’t a home to go to. When they were making the interminable walk to their street on Terminal Island, I thought the twist was going to be that their homes had been taken over, that other people were living there. I forgot what actually happened. The homes were taken over (by the Navy), who then bulldozed them all.

So Henry finds work as a gardener and he and Asako live in a crowded boardinghouse. How does Chester find them there at that one boardinghouse in Los Angeles in 1945? Don’t worry about it.

But find them he does and he tells Henry that he needs their help. Henry is reticent about all this–now it’s his turn to be super harsh. But Asako wears the pants in this decision and she and Henry make it to Aguayo. 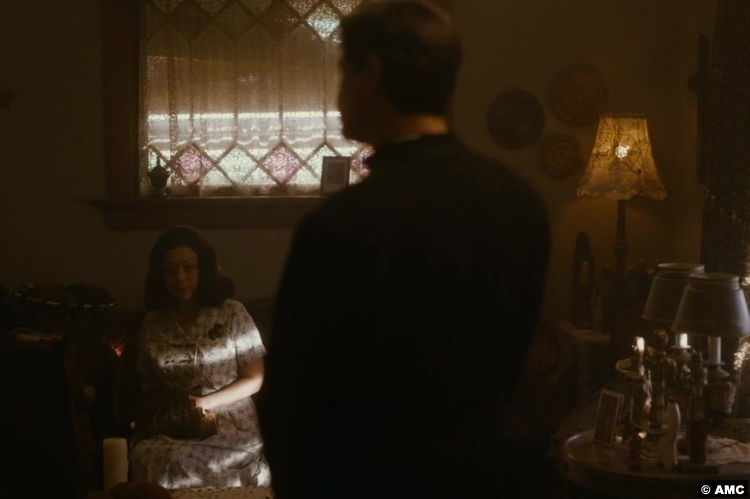 Knowing that Yuko could be lurking anywhere, they’ve set up a not-exactly-elaborate warning system. Basically, you sing the first verse of “Los Pollitos Dicen” and then whoever wants in has to finish the last line. The number of times Yuko has put her body back together, traveled halfway around the world and back, and y’all don’t think she can pick up a nursery rhyme? Sure. (Salome, don’t worry about it.)

Guess what? It fails. Yuko hitchhikes into abuela’s house inside Father Doomed, but luckily, everyone manages to get away. They hole up at a government facility out in the desert, where they think Yuko can’t find them. Okay, time out. 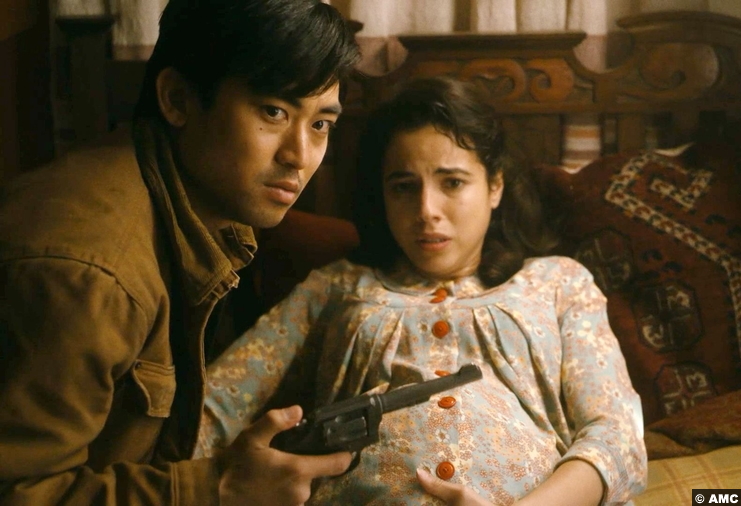 Number one, it is a GOVERNMENT FACILITY IN WARTIME. Number two, she is a yūrei. She can just follow you. She can hitchhike in another person, like Fallen, that Denzel Washington movie. Also, it’s really ridiculous that after Luz gives birth, it takes them SO LONG to realize why the baby–oh shit, their third son–isn’t making any noise. Although I guess it is a cool effect when Asako speaks in Japanese and the baby whips his head around to look at her.

Okay, I’m calm. Anyway, Asako’s been harboring a secret. She was actually the one who’d been promised to Hideo, while Yuko had been promised to Henry. She heard that Hideo sucked, though, so she switched it. She didn’t know that Yuko was pregnant. She says she doesn’t regret it, either, and you know what? She shouldn’t. Okay, maybe it was a little bad vibes to sic Hideo on her perfect sister, and as we saw, it went about as well with Hideo as one might expect. However, everything after that was Yuko’s choice.

And speaking of, we have no idea what exactly happens after that, except for Yuko body-hopping, because the show thinks we need to switch to Henry and Chester right quick. Unsurprisingly, there’s a government man on this government land, and Chester apparently doesn’t have a plan for that. (Asako’s earlier line about Chester always having a plan is hilarious, btw. Yeah, he might, but they’re usually terrible.) Anyway, Henry’s plan–just knock the man out–works much better.

But by the time they get back inside the facility, both Asako and abuela are injured and Luz and the baby are gone. And the possessed Luz walks away into the night, carrying the third son.

7/10 – Sadly, it looks like this season is going to turn out to be a disappointment. I can think of no better example this week than the fact that they waited until the penultimate episode to share Asako’s secret, rather than parcel it out earlier, when it could have had more of an impact.

*And then he died 3 months later.

No promo photos for this episode were provided as of press time, so I did my best, please clap.